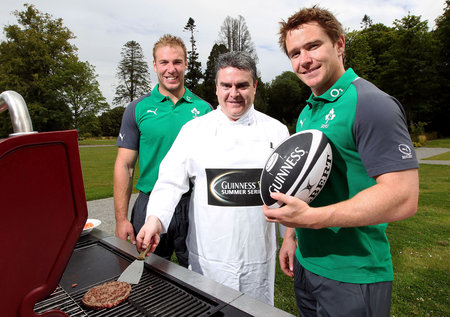 Tickets are selling fast for the Guinness Summer Series home games against France and England in August. Less than 250 family packages remain for sale for the France game…

All family packages now sold out for the visit of England on August 27th to the Aviva Stadium.

So far ticket sales are have reached over 30,000 for the August 20thmeeting with France and ticket sales for the England game have exceeded the 40,000 mark.

Admission to the stadium starts from as little as €;10 for a schoolboy/girl tickets and family packages for a family of four are available from €;60.  All tickets can be purchased through the www.irishrugby.ie and www.ticketmaster.ie

Ireland and Leinster scrum half Eoin Reddan is certainly looking forward to the games in August and also getting back to play in the Aviva Stadium. “These games were always going to be important for our preparations.

“The squad has been working hard during June and July, so it is a case of the coaches seeing who is ready for that first game in terms of preseason fitness.  I think there is a good balance for us in wanting to win those games, as we do every time we put on the green jersey, but making sure that as many of the squad can raise those match fitness levels.

“The intensity levels at training this week in camp have been really good.  At this time of the season we probably don’t have the same level of contact in training as we are doing over the next week or so, but it has been good and you can see competition for places coming through as well, which can only be beneficial for us.

“The home games against France, Connacht and England are a great way for us to complete our preparations at home in front of our home supporters, and they don’t come any harder when you have two of the top international sides coming to the Aviva as well as the local rivalry that comes with playing Connacht.