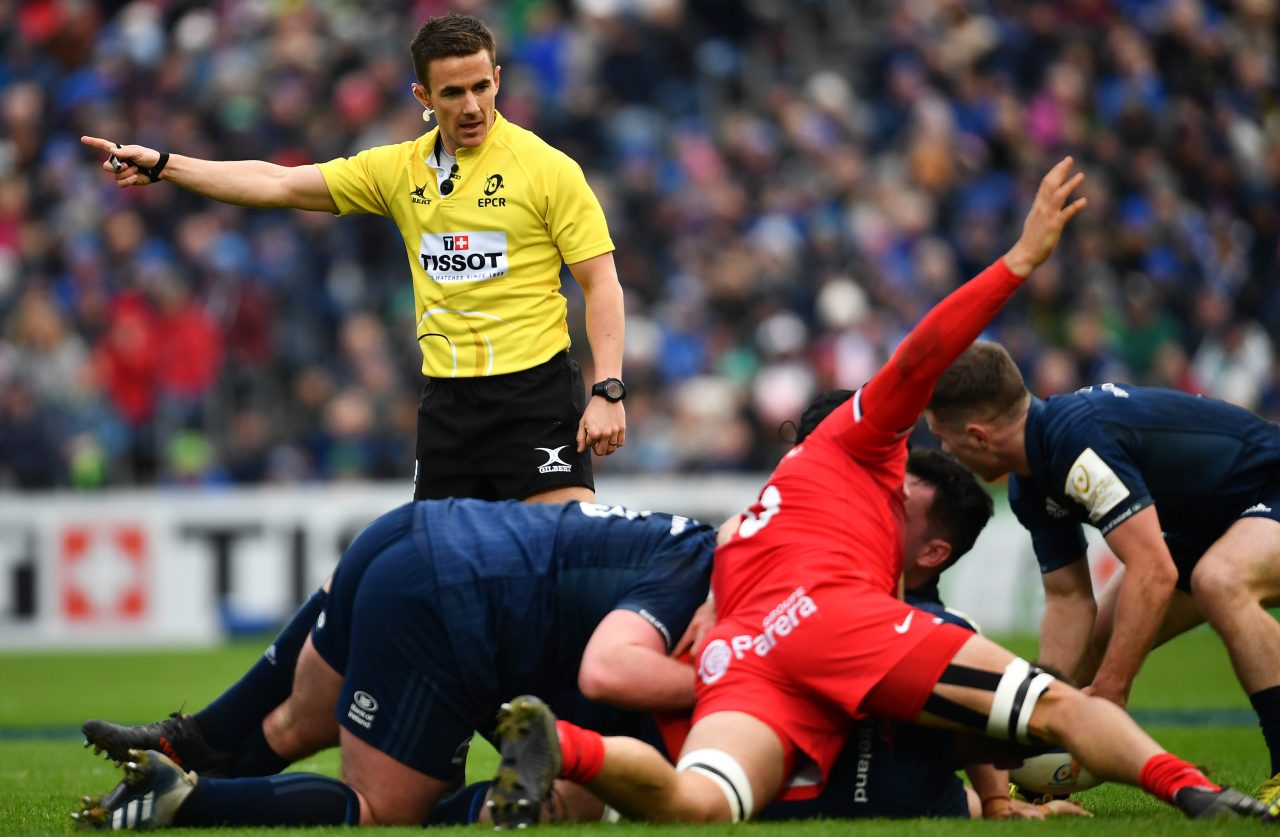 EPCR have confirmed the referee appointments for Rounds 1 and 2 of the 2019/20 Heineken Champions Cup.

Leinster Rugby’s European campaign kicks off at the RDS Arena on Saturday, 16 November, against Benetton Rugby and Pierre Brousset will be the man in the middle for the encounter.

Tickets for Leinster v Benetton in the Champions Cup are available now from ticketmaster.ie.

The following Saturday Leinster Rugby travels to take on Lyon at Matmut Stadium de Gerland and England’s Luke Pearce has been confirmed as the referee.

Leinster’s European campaign will continue with a trip to Franklin’s Gardens to face Northampton Saints on Saturday, 7 December, with the return fixture a week later at Aviva Stadium.

Tickets for Leinster v Saints at the Aviva are on sale now from ticketmaster.ie.

The final two rounds of Champions Cup pool games take place in the new year with Leinster hosting Lyon at the RDS Arena on 12 January, followed by a trip to Treviso in Round 6.

Tickets for Leinster v Lyon at the RDS Arena are available now from ticketmaster.ie.