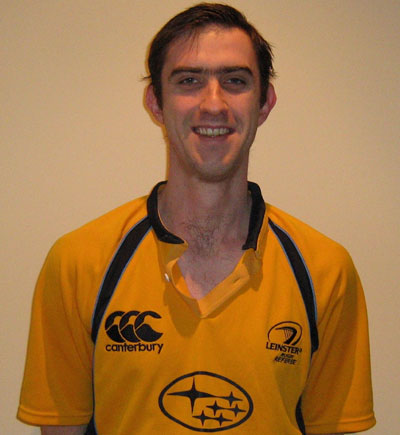 “I was lucky enough to advance through each level at the first time of asking until I made it to the national panel for the 2009/10 season. It was not easy getting there but it was worth every bit of effort. I studied my game to find weaknesses to improve on while always focussing on my fitness level.

“My first venture into the AIL was a trip to Magherafelt, Co. Derry for Rainey Old Boys v Sundays Well. Despite my nerves, with it being my first AIL experience, it was thoroughly enjoyable and simply made me hungrier for more.

“The game was more competitive than what I was used and the speed of the AIL games was something I had to get used to very fast.”