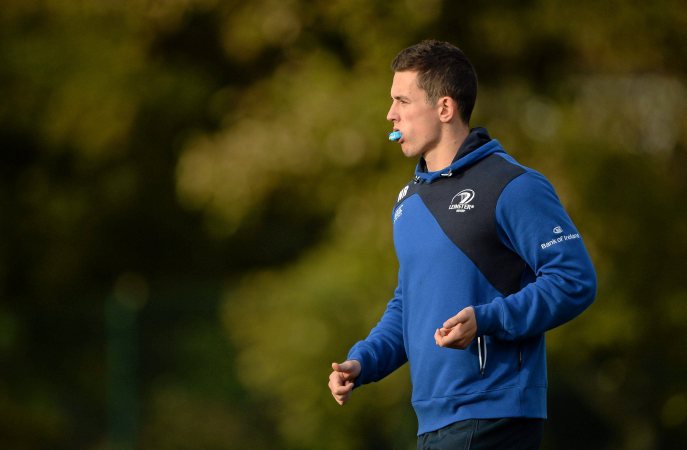 After scoring tries for Leinster against Dragons and Treviso, Noel Reid is taking his chance in the blue jersey…

Noel Reid scored his second try in two games as Leinster picked up their fifth win in a row in all competitions against Treviso on Sunday.

The importance of the victory was not lost on Reid: “It was massive to get the win. Matt (O’Connor) was telling us how important the four points were. A few of us have played over in Treviso before, so we know how difficult it is to win over there. We were really happy with the four points.”

Treviso are a real challenge for any team, particularly at home. The physicality of Sunday’s match has certainly taken its toll on some.

“It was a very physical game. The legs are a bit tired today,” Reid says.

“We were on the go for the full 80 minutes. There was no taking it easy. It was very full-on for the whole match.”

For Reid, the run of games have given him the opportunity to show head coach Matt O’Connor what he can do, with two tries in his last two games certainly helping his cause. He has already started in four games this season – the same number he started in the whole of last season.

“Whenever you get a chance in the blue jersey you have to take it and play well,” Reid says.

“I just try to do my best every time Matt gives me an opportunity, especially in training and obviously when it comes to the game. I’m just going to try and keep improving with each week.”

As for the new head coach, Reid believes the transition has been seamless, with O’Connor also bringing some new ideas.

“Matt’s been very good. I get on well with him, as do most of the lads. He’s similar enough to Joe (Schmidt) in that ball skills are very important and we work on that a lot, but he has different techniques in training. He is going well and everyone’s enjoying it.”

Next up is the challenge of Scarlets, who are just coming off an impressive win against Connacht in Galway last weekend. The Scarlets have been in an impressive run of form recently: they are unbeaten in their Heineken Cup pool and have beaten Ulster and Connacht in their last two PRO12 matches.

“Scarlets are playing really well at the moment. They had a good win last week against Connacht so they’ll be confident coming here,’ Reid says.

‘It’s another away game for them but they’ll be looking to get one over on us.”

Get your tickets for Leinster v Scarlets here.