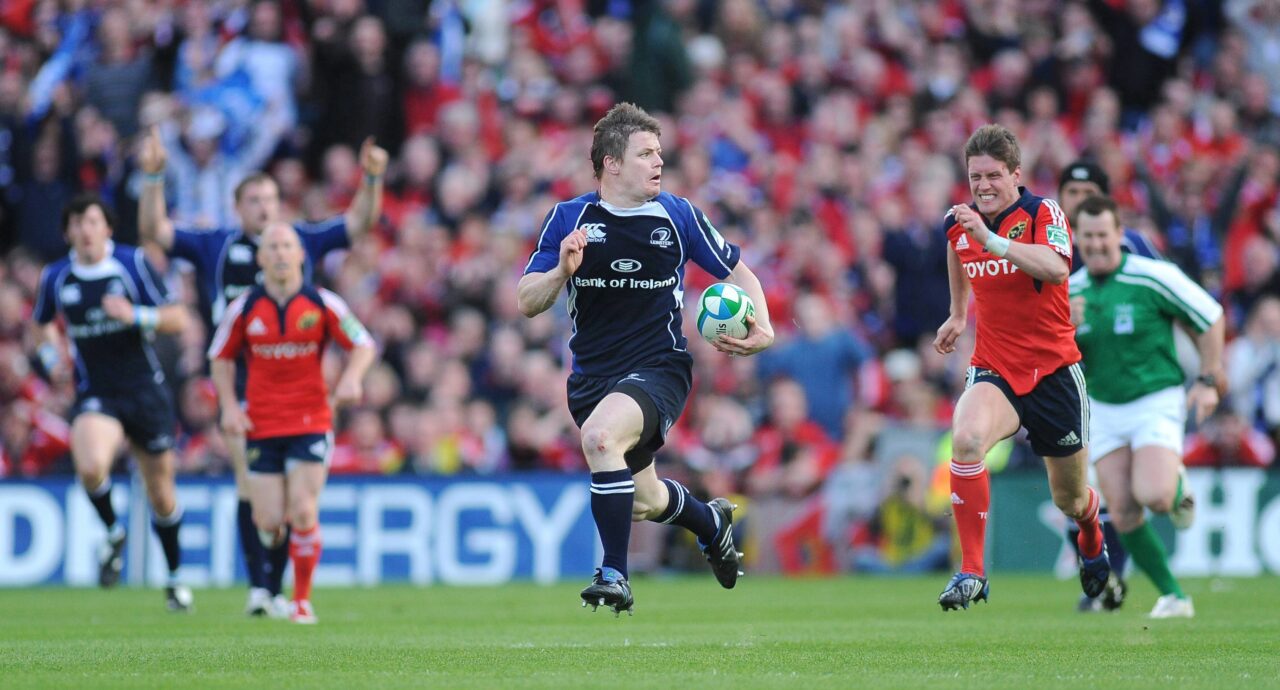 For just the fifth time in the club’s history, Leinster Rugby will take on an interprovincial rival in a knockout European tie.

Our home game against Connacht Rugby takes place at Aviva Stadium on April 15 and tickets are on sale now.

Here, we take a look at the previous four encounters against Irish opposition in the knock-out stages of the Champions Cup.

After finishing as the eight seed in the pool stages, Leinster faced the near impossible task of travelling to reigning champions, Toulouse in the quarter-final.

But, in what was probably the greatest Leinster performance in the professional era to date, Leinster came away from the south of France with a 41-35 win.

That set up a mouth-watering semi-final tie with rivals, Munster. 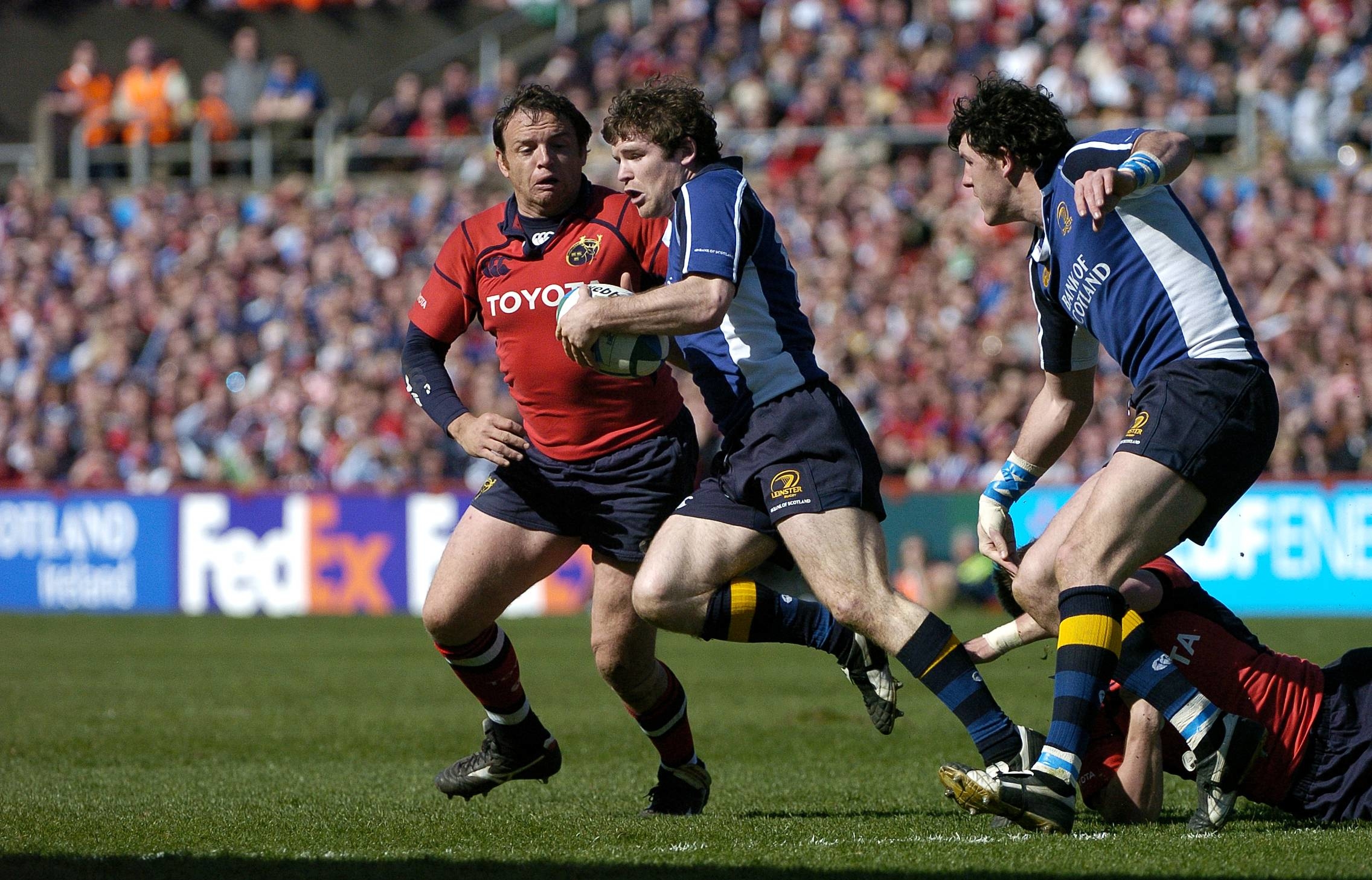 Over 47,800 expectant fans showed up to Lansdowne Road where a Ronan O’Gara-inspired Munster won the all-Irish clash 30-6. But, the tide would certainly turn in Leinster’s favour.

Three years later, Leinster would get their revenge on Munster in what is still one of the most famous days in Irish rugby history.

An attendance 82,208 crammed into Croke Park for what was a world record attendance for a club rugby game.

Munster came into the game as hot favourites and reigning European champions.

Johnny Sexton was brought on as his replacement and his first piece of action was to coolly slot a penalty. 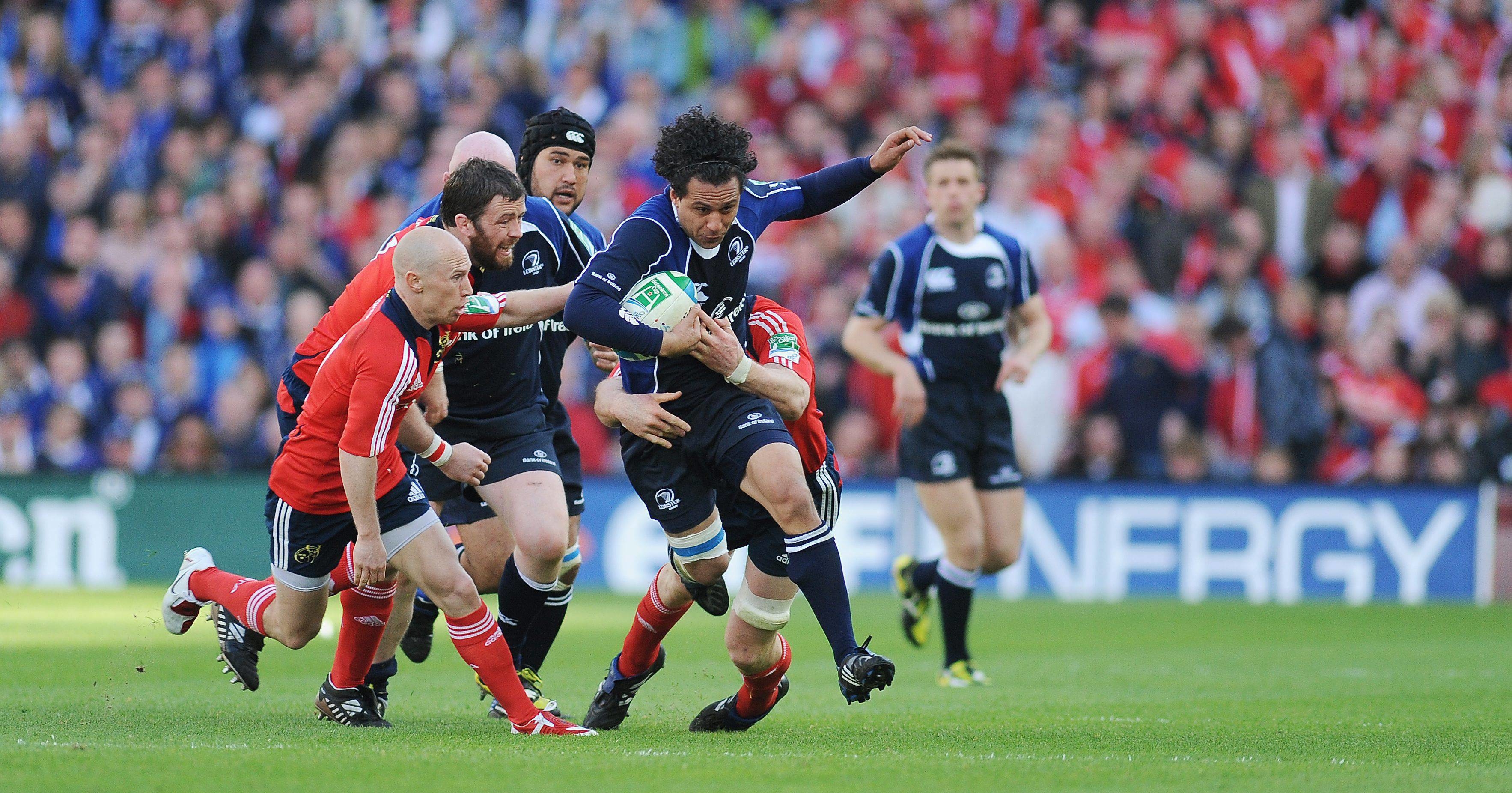 Leinster struck a fatal blow just four minutes into the second half. Nacewa was once again the architect, this time setting up Luke Fitzgerald who finished the move to give Leinster a commanding lead.

The Leinster fans went wild once again in the 61st minute as Brian O’Driscoll ran 70 metres to touch down under the Munster posts, after intercepting a long and looping Ronan O’Gara pass. 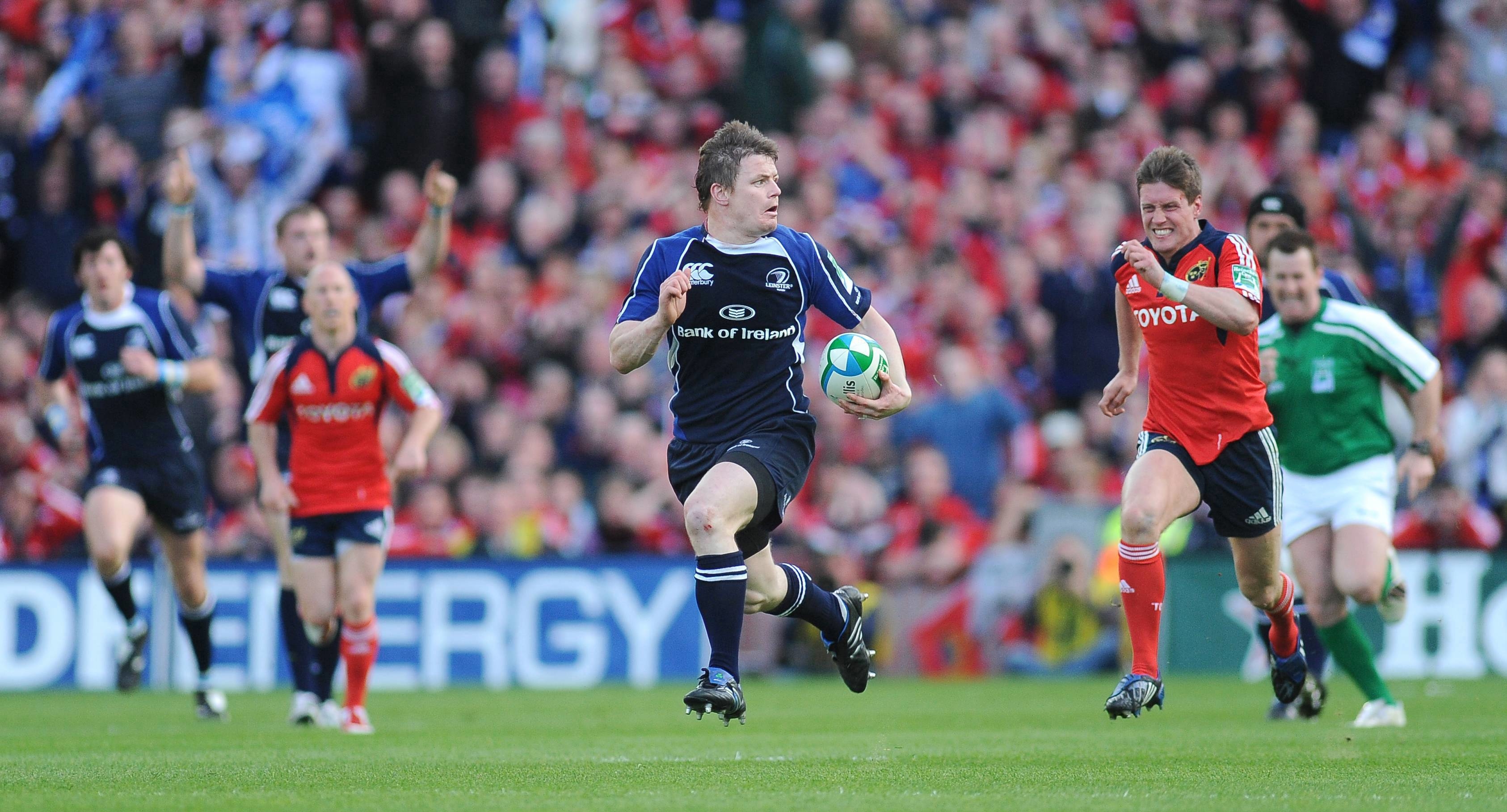 Leinster, who had fallen at the final few hurdles so many times, finally showed that they can put in a big performance when it really mattered in Europe.

Later that month, Leinster claimed their first ever Heineken Champions Cup title with a 19-16 win over Leicester Tigers in Murrayfield.

Leinster got the 2011/12 European season off to a flying start, topping Pool 3 unbeaten. That set up a quarter-final tie with Cardiff, with Leinster claiming a 34-3 win at Aviva Stadium.

A trip to France followed, and the daunting task of taking on Clermont Auvergne. A titanic battle ended with a 19-15 win for the visitors, setting up an All-Ireland final against Ulster at Twickenham.

A crowd of 81,774 flocked to London as Leinster took part in their third final in four years. 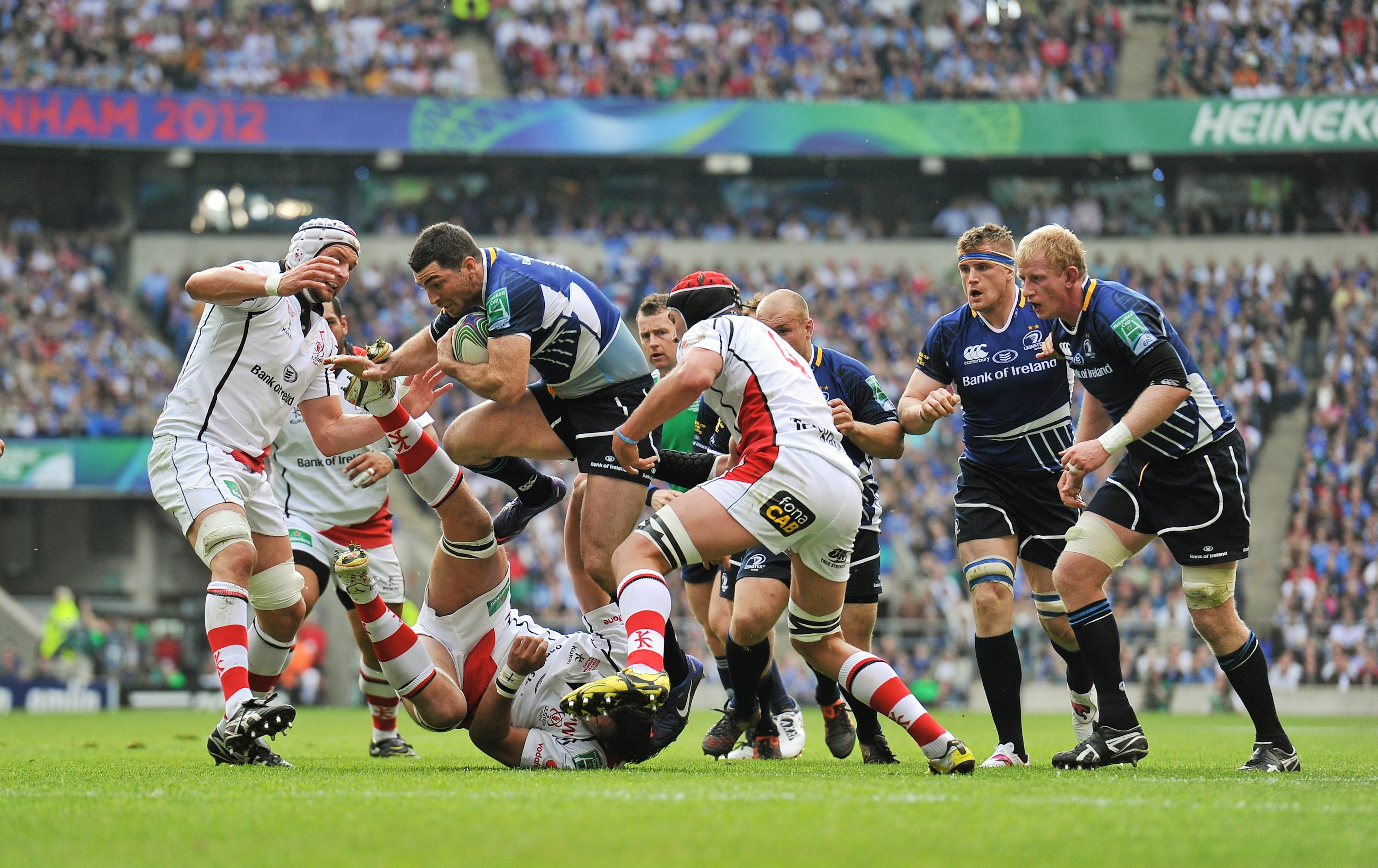 In a tight first half, Cian Healy and Sean O’Brien tries gave Leinster a 14-6 lead at the interval. Two Ruan Pienaar kicks keeping Ulster in touch.

But, a penalty try for Leinster shortly after half-time gave the reigning champions a commanding lead. 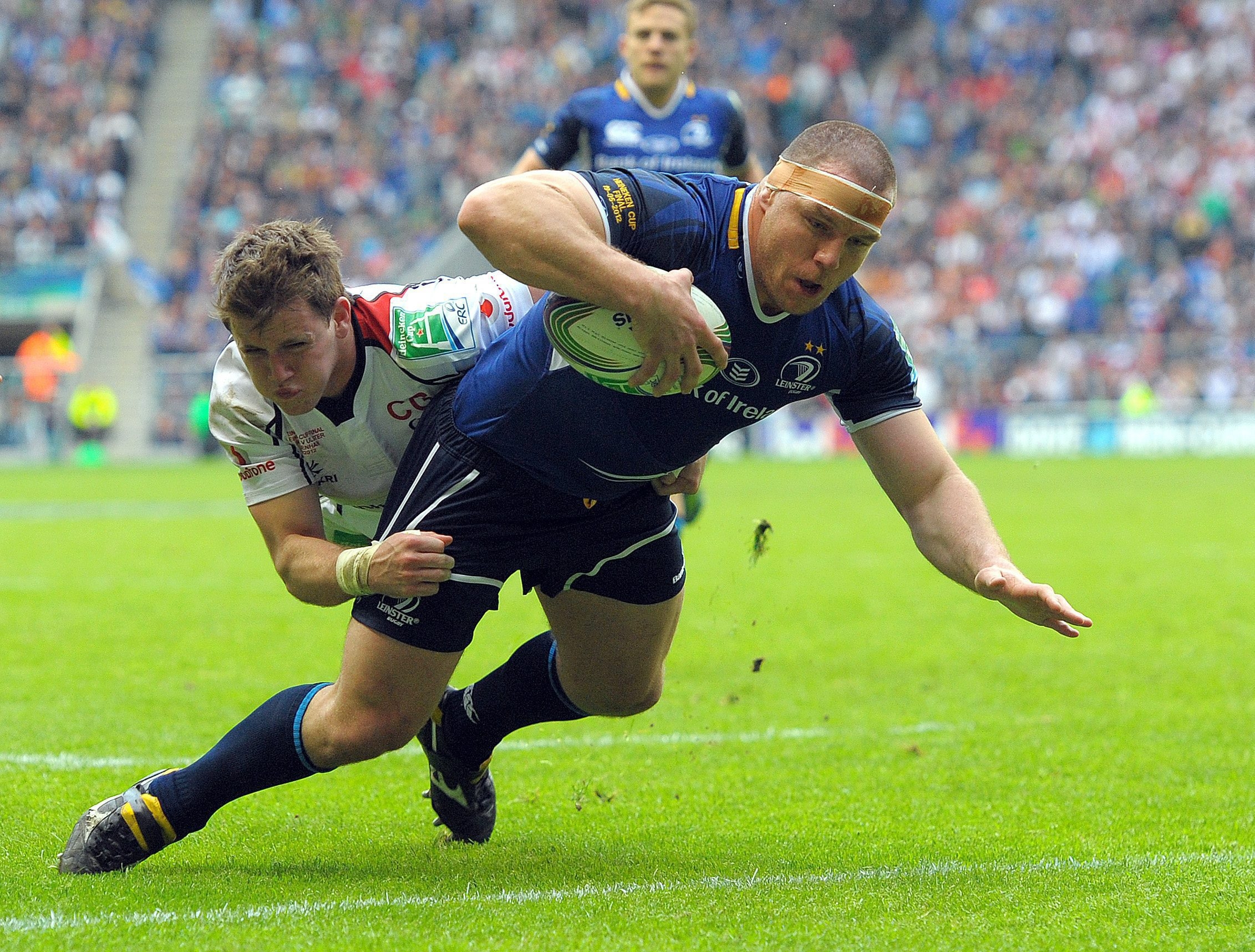 Heinke Van Der Merwe and Sean Cronin both crashed over late on to add gloss to the finish as Leinster entered the final few minutes knowing they were about to add a third star to their jersey.

It finished in Twickenham 42-14, as Leinster became only the second side in history to successfully defend the Heineken Cup. 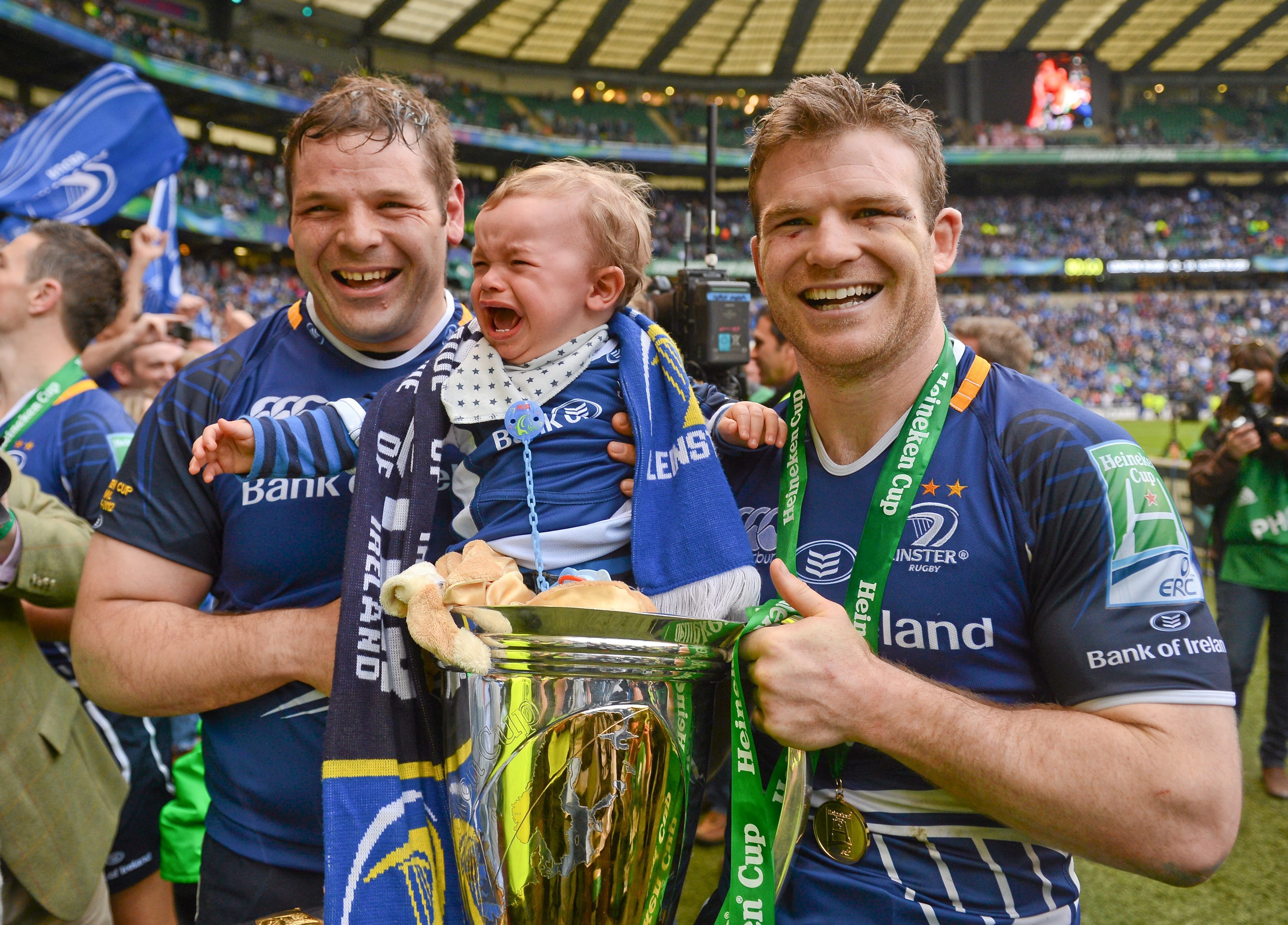 Our most recent European knock-out interpro took place three years ago at Aviva Stadium, as we took on Ulster in the 2018/19 quarter-final.

In front of a loud and colourful Aviva crowd, it was the Ulster fans who were first to celebrate as Kieran Treadwell pounced on a loose ball to score the opening try in the fifth minute.

Ross Byrne responded quickly as he capitalised on a numerical advantage to touch down in the corner.

Byrne and John Cooney traded penalties until the break with Ulster taking a 13-11 lead in at half-time.

Five minutes into the second half, Ulster winger Jacob Stockdale seemed to have broken free and looked certain to score Ulster’s second try of the game. Dave Kearney’s exceptional work rate got him across to the far wing and put just enough pressure on Stockdale who couldn’t touch the ball down, which was only confirmed by the TMO.

That would prove to be pivotal in the this incredibly tight game.

Jack Conan swung the momentum in Leinster’s favour as he broke the line around midfield to start a quick attack, despite nearly losing his shorts. His offload found Adam Byrne who finished well for Leinster’s second try. 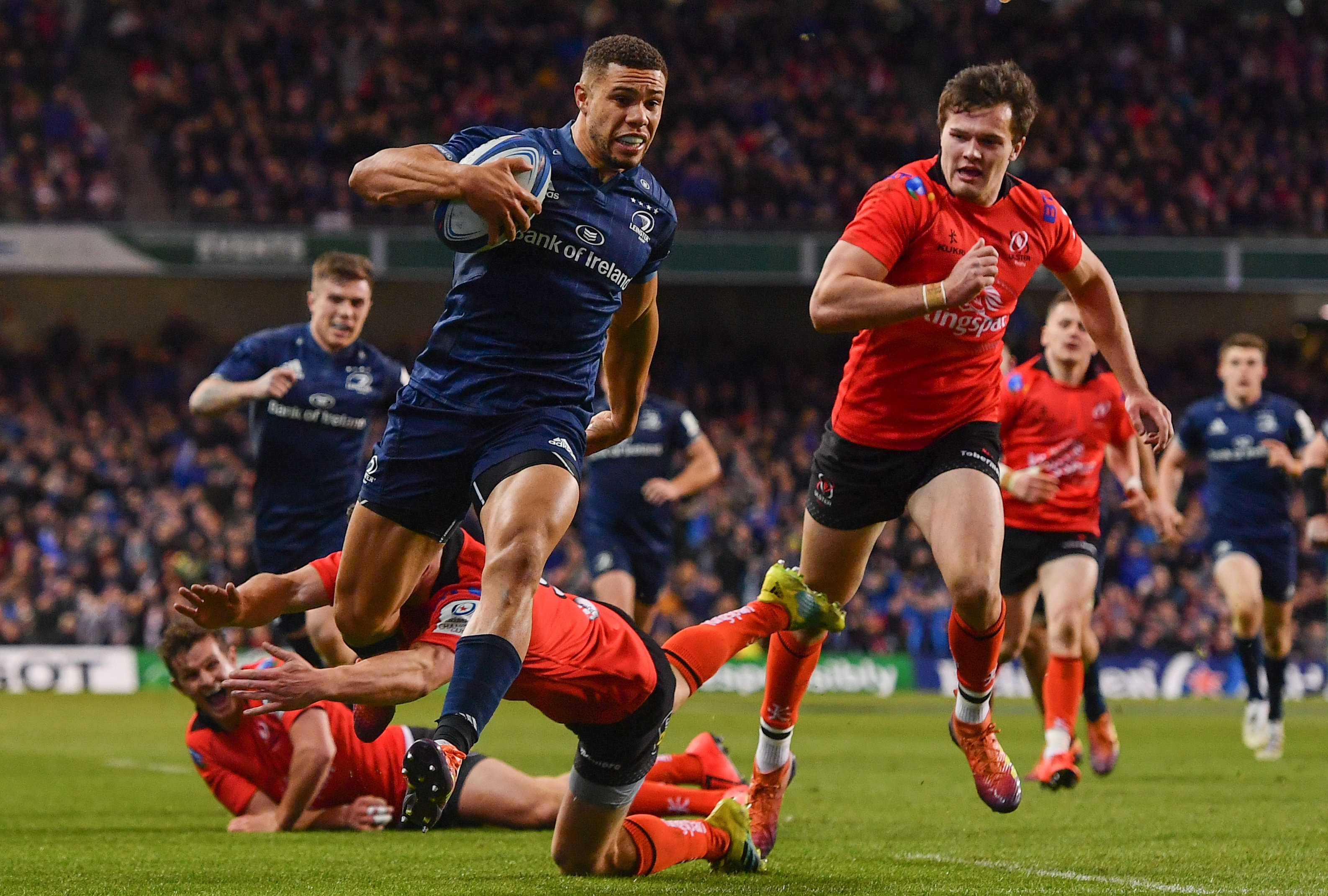 Ulster pushed over for their second try in the 63rd minute to make it 18-all.

But, with less than 10 minutes remaining, Ross Byrne slotted his fourth kick of the afternoon, despite suffering from cramp. Leinster held on in the final few minutes to secure a dramatic 19-16 win.

On April 15, we will face our fifth ever Irish opponent in a European knock-out tie against Connacht. You can be join us at Aviva Stadium by buying your tickets now.