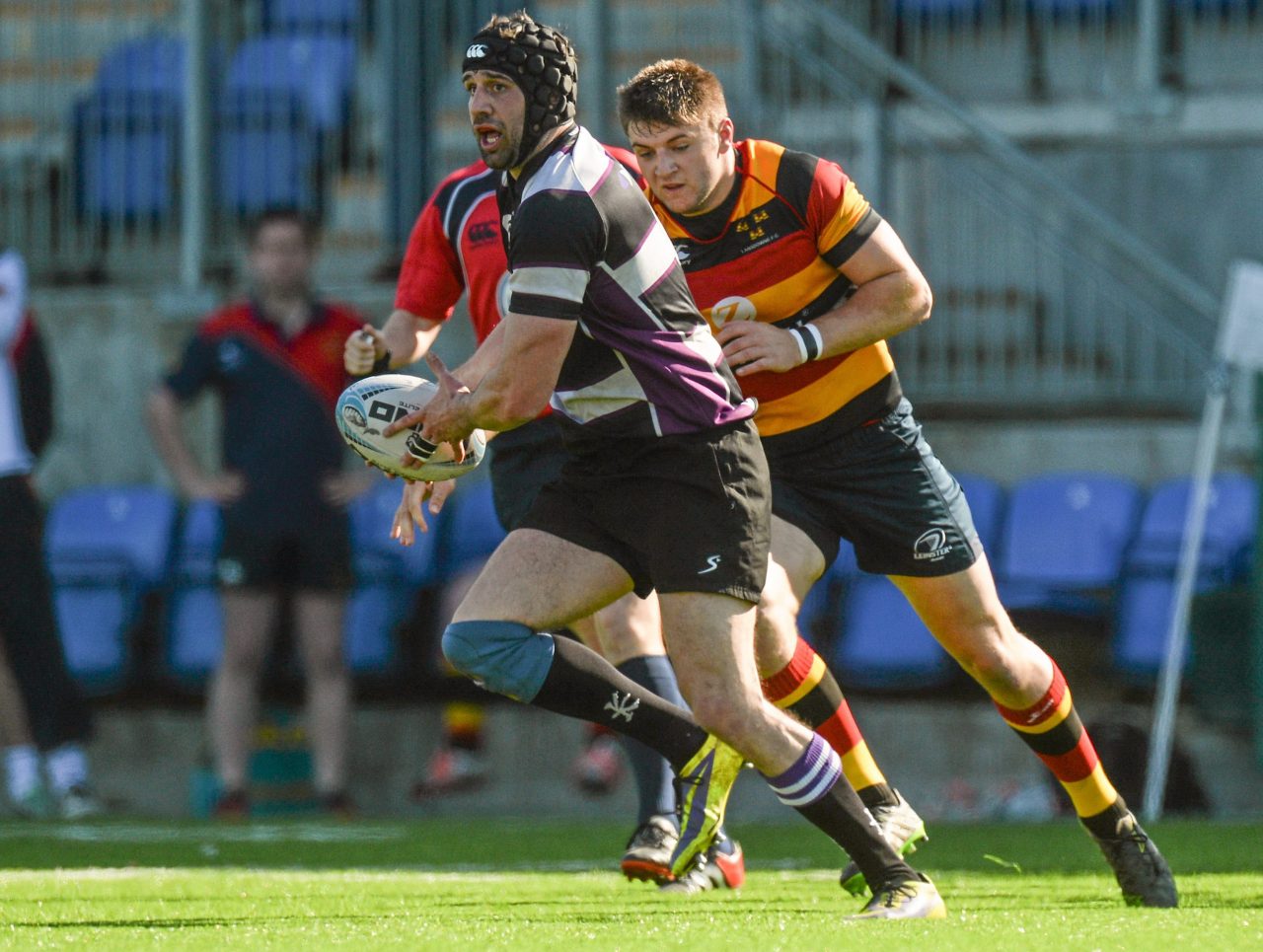 First-half tries from Alex Dunlop and Owen Keogh were decisive at Donnybrook on Saturday afternoon, when Terenure College were crowned Bank Of Ireland Metropolitan Cup champions thanks to a magnificent triumph against Lansdowne.

Lansdowne were hoping to seal a double success in the Dublin 4 venue, following the club’s dramatic extra-time victory over Old Wesley in the Bank Of Ireland Albert O’Connell J2 decider (a curtain-raiser to this fixture), and they opened the scoring with just three minutes gone on the clock.

Scrum-half Ian Burke split the posts with a 35-metre penalty to break the deadlock, but Terenure’s response to the concession of this score was swift. With outside centre John Bollard and first-team squad regular Mark O’Neill leading by example, ‘Nure developed a strong attacking phase, and courtesy of an infringement by the Lansdowne rearguard, full-back Jake Swaine was presented with his first opportunity from the kicking tee.

The youthful Swaine made no mistake from close-range, and as the first-quarter progressed, the Lakelands outfit were making a sizeable impression in the possession stakes. Lansdowne managed to hold firm under pressure, though, and on the stroke of 20 minutes, they moved back into the ascendancy.

Thanks to excellent approach work from Burke and Tom Kiersey, winger Eoghan Quinn discovered a gap through the heart of the ‘Nure defence, and he touched down in clinical style on the left-flank. The reliable Burke added the bonuses, as the Ballsbridge men created a seven-point cushion over their south Dublin rivals.

This seemed to offer a psychological edge to Lansdowne, who had managed to nullify the ‘Nure attacking threat to a certain degree. However, when the action moved beyond the half-hour mark, Terenure increased the tempo of their play once again.

A strong surge brought their pack deep into enemy territory, and after forging a maul towards the left-corner, flanker Dunlop was on hand to apply the finishing touches beyond the whitewash. This was a confidence-boosting five-pointer for ‘Nure, and even though Swaine’s conversion was off-target, they found themselves in the driving seat on 34 minutes.

A terrific, fast-paced attack enabled early replacement, Keogh, to race through for his side’s second try in just three minutes. With Swaine also contributing two points to his own personal tally, they were gathering momentum at a vital juncture in the contest.

Indeed, Swaine’s accurate place-kick in first-half stoppage-time meant that Terenure were eight points to the good (18-10) moving into the second period. With try-scoring opportunities proving to be few and far between after the restart, it was clear that this purple patch was a potentially crucial one from ‘Nure’s perspective.

Lansdowne were able to call on the experience of Warren Larkin, Jack Dilger and Gearoid McDonald from their replacements bench, but in spite of their best endeavours, it was difficult for them to make headway against ‘Nure’s disciplined defensive set-up.

Number 8 Ross Deacon was primed to cross over on the right-hand side 14 minutes from the end of normal time, but outstanding last-gasp heroics from ‘Nure prevented him from securing the lifeline that Lansdowne badly craved.

Had Lansdowne found a way through on this occasion, it would certainly have led to a tension-filled conclusion to the proceedings. Instead, Terenure had a good deal of breathing space for the remaining moments of a hard-fought showpiece, and with the final kick of the game, a majestic three-pointer by the dependable Swaine completed a memorable display from the Barry Elliott-led side.