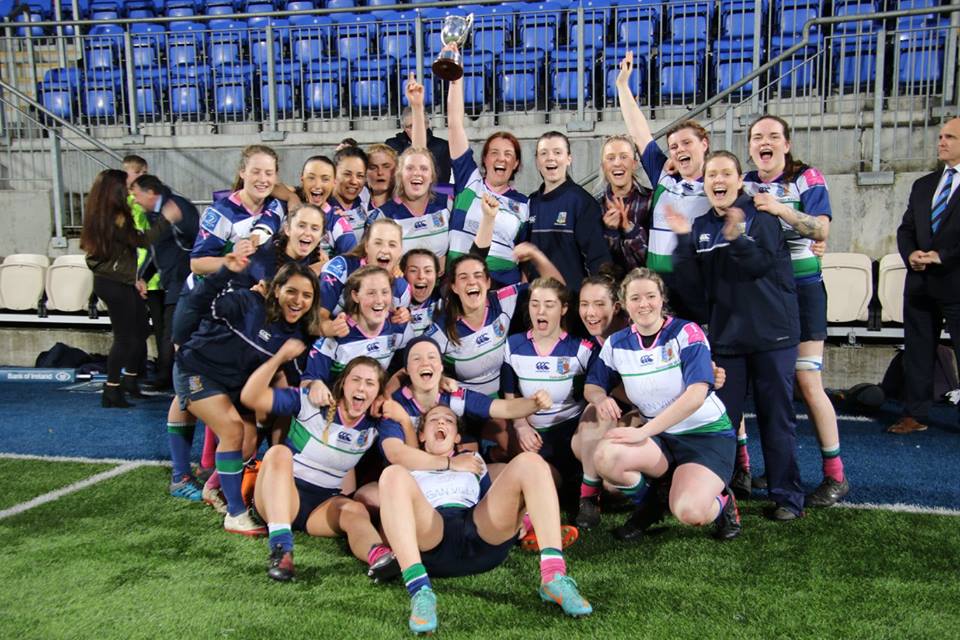 Suttonians had topped Division 2 but lost the league final playoff. But having beaten three Division 1 teams along the way to reach the Cup final, the Sutton girls had proven their ability to upset the odds.

The game was played on a beautiful evening, with a large crowd of vociferous supporters from both clubs. From the kick-off, Mary’s controlled the game, dominating territory and forcing a number of penalties.

After some good work by scrum-half Dianne Hiini, Sutton worked their way into the Mary’s 22 and on eight minutes they scored the first try of the game. After a number of drives from their pack, out-half Nicole Carroll found a gap in the Mary’s defence to reach the line. 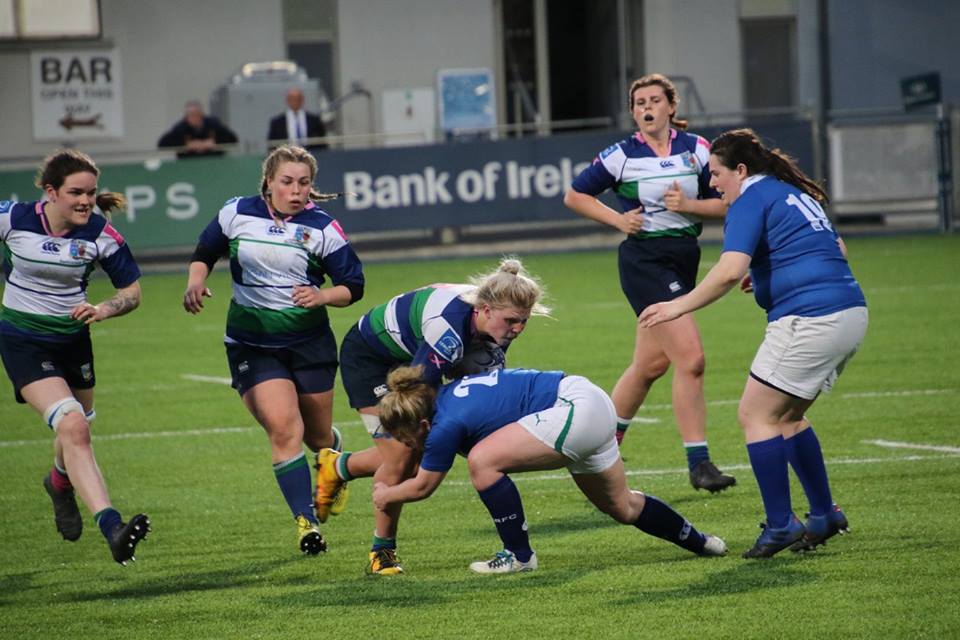 Mary’s fought back into Sutton territory, aided by their dominant lineout, which led to their first try.

A break by Paula Fitzpatrick, supported by Orla Fitzsimons, brought Mary’s deep in the Sutton 22 but they were forced into touch.

Suttonians’ lineout was stolen and Mary’s were in for a try from Christy Haney, converted by Shayne Richardson, to put the favourites ahead after 15 minutes.

A highly competitive period followed before Suttonians gained a foothold in the opposition 22. A breakdown penalty 10 metres out saw Carroll shape up to go to the corner, but a quick tap-and-go to number 8 Nicole ‘Poss’ Purdom saw her power over to restore the Northside girls’ lead.

Confidence was flowing for Suttonians now. From the restart, Lauren Retig gathered possession and made ground. Suttonians’ centre pairing Kerry Browne and Catherine Martin were growing into the game.

A deft kick from Carroll had Mary’s on the back foot and the follow-up tackle by Aifric O’Brien forced a five-metre scrum to the attacking side. While the more experienced St Mary’s pack had an edge in the scrum, good work from Purdom and Hiini set up a ruck and Roisin O’Driscoll crashed over on 26 minutes to extend the lead to 15-7. 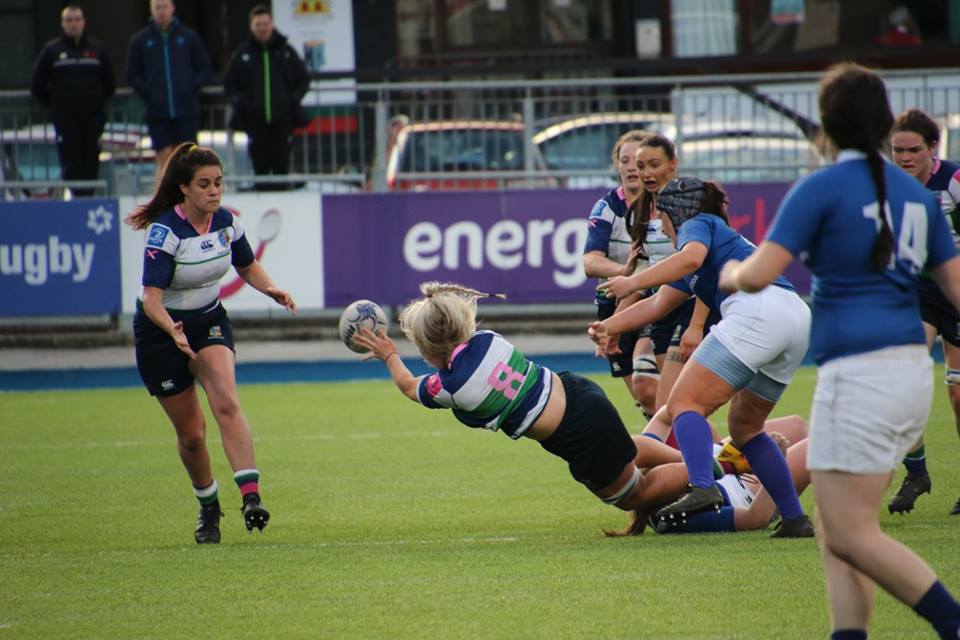 The next 10 minutes saw Mary’s dominate possession again, but strong defence from Suttonians across the park, led by Katie Grant Duggan, Erica Segantin and centres Browne and Martin kept them at bay.

A break by Grant Duggan saw Mary’s reduced to 14 players for a high tackle. A lineout on the 22 was stolen by a combination of Sutton second rows Grainne Tummon and Emma Torsney.

Suttonians went through the phases with front row trio Catherine Murphy, Julia O’Connor and Retig contributing before the latter offloaded in the tackle to ‘Poss’ who went over for her second try of the game, converted by Carroll to make it 22-7 at half-time.

The second half saw Fitzpatrick move into the out-half position for St Mary’s. She immediately put the game deep into the Suttonians half.

She almost touched down under the posts but a try-saving tackle from Hiini kept Mary’s out. However, a poor clearance kick gave Mary’s a lineout 10 metres from the try line. Another superb take from Fitzsimons, who was controlling the lineout, saw her turn and dot down to put Mary’s back in the game, just 10 behind two minutes into the second half.

Suttonians kept Mary’s pinned in their own half from the restart. A scrum just short of halfway saw ‘Poss’ and Hiini combine to feed Carroll who started 57 metres from the Mary’s line, cut through the midfield, stepped the advancing winger and beat the remaining two blue defenders in a race to touch down for her second and a superb individual try. She added the extra two points to make it a 29-12 after 48 minutes. 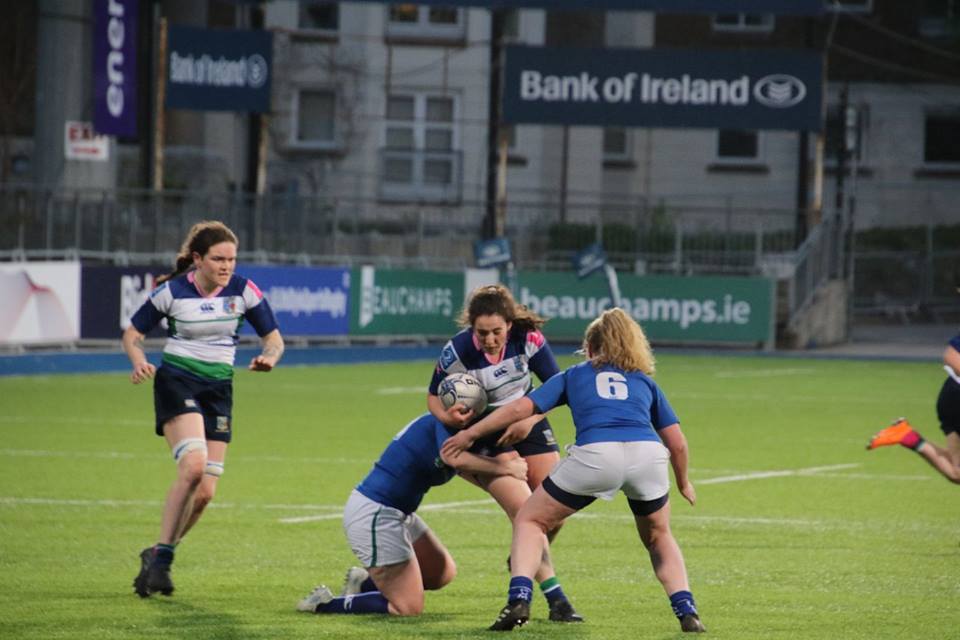 Mary’s failed to send the kick 10 metres from the restart, giving Suttonians a scrum on halfway.

Poss popped from the base to scrum-half Hiini who decided she wanted to replicate the previous try, darting through a gap, beating the winger and racing down the right touchline for another superb solo score.

Mary’s learned from the previous restart and went deep into the Sutton 22 and a miscommunication resulted in a knock-on and a blue scrum.

A subsequent lineout five metres out saw Mary’s forwards go through the phases for Niamh Fitzgerald to cross the line, with the conversion from Richardson bringing the score to 34-19.

Mary’s were over again soon after through scrum-half Aoife Thompson with 18 minutes remaining. Mary’s weren’t going to give up easily.

This didn’t change the Suttonians game plan. Ferocious work from Poss, Grant Duggan, O’Connor and replacements Ennis and Higginbotham set up a ruck in front of Mary’s posts. Retig ran a good dummy line and Hiini found Carroll with a long pass from the base, who played a dummy cut with Browne before changing direction to skate in for her hat-trick try. 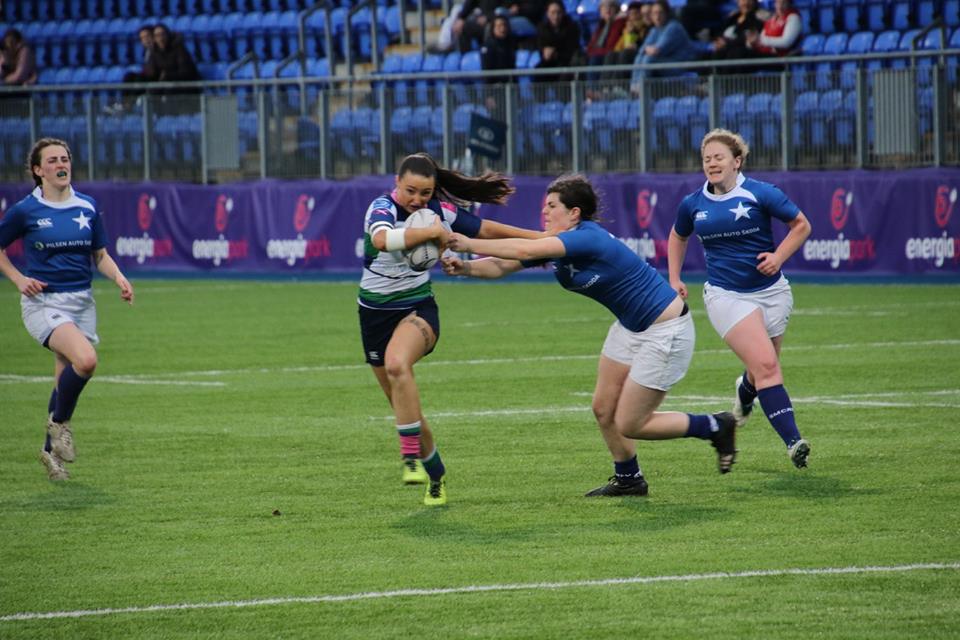 From the restart, Poss carried again to make ground and give Suttonians territory in the Mary’s half.

The final score of the game came through Carroll again after she received the ball 15 metres out, broke through a gap and passed out to Sophie Gibney who managed to get the ball down despite a high tackle on the line, and a penalty try awarded. 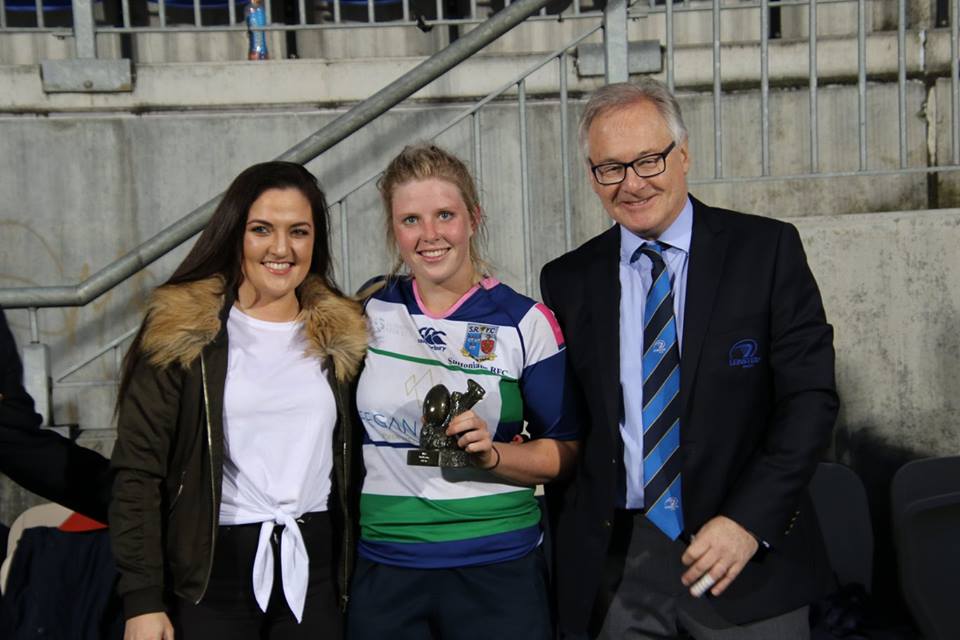