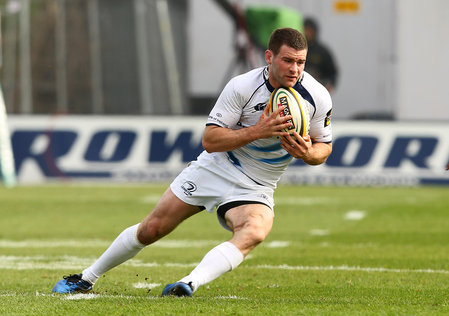 Speaking after the game, Leinster Coach Joe Schmidt said: “It wasn’t top drawer but it was a top result for us! I don’t think there are any injuries coming out of the game so that keeps us pretty happy.

“It was an objective (for us) to – in a sense – get into town, get the four points, and get out of town in on piece and I’m pleased that the squad managed that because I sensed at half time that the players were starting to fade a bit.

“The heat took its toll and it was certainly a bit more humid than we have been experiencing in Dublin of late. It’s important from our perspective that we don’t play like that in the second half of next week’s game.

“Another positive was that a few guys like Isa (Nacewa) – who missed his first game of the season, Richardt (Strauss) and Johnny (Sexton) were given a rest which gives them an opportunity to be that bit more fresh for next weekend.

“Some people may have had an expectation that (today’s game) was a 'fait accompli', but it wasn’t at all and we knew how tough they would be to beat at home.”

Leinster started the game brightly on an overcast but muggy afternoon in Viadana and the visitors were awarded a penalty in the second minute when an Aironi forward crossed but Fergus McFadden’s kick several metres inside the opposition half fell fractionally wide.

Pressure by the visitors at a scrum five minutes later gave McFadden the chance to make amends and his kick from an identical area sailed over to give Leinster a 3-0 lead.

Leinster began to gain dominance and Rhys Ruddock was to the fore with some powerful breaks, but Aironi scrum-half Tito Tebaldi slotted home a penalty against the run of play on 13 minutes to level the scores.

Leinster battled back and a move started by Eoin Reddan and then Ian Madigan found Ruddock in midfield whose burst and offload found Sean O’Brien, but the ball spilled out of his hands agonisingly close to the Aironi line.

The signs were ominous for the hosts and moments later in the 20th minute O’Brien gathered a wonderful reverse pass from skipper Brian O’Driscoll – as Leinster pressed – to waltz in under the posts.

McFadden converted to give Leinster a 10-3 lead. The sun threatened to break through the clouds as a Tebaldi penalty in the 25th minute fell wide of the posts with the hosts attempting to rally.

Then from the re-start Leinster bore down on the Aironi line and another O’Brien break led to a penalty inside the home side’s 22 when they didn’t release on the tackle to give McFadden a chance to slot home his second successful kick of the afternoon.

Reddan displayed speed of thought to spot a gap in the Aironi rearguard but the attack on that occasion didn’t reap any tangible reward, but in the 33rd minute Cian Healy displayed strength and power to race 25 metres from the try-line after he took a McFadden pass and brushed off the tackles of three separate defenders.

McFadden again added the extras to make it 20-3 to Leinster as the half drew to a close but Leinster showed no signs of relenting with Madigan and hooker Jason Harris-Wright both getting their hands on the ball to make some significant yards.

Tebaldi had the chance to reduce the deficit, but his penalty on the stroke of half time bounced off the upright as Leinster held a deserved 17-point advantage.

Aironi began the second half brightly and almost burrowed over for a try in the 42nd minute but they were denied by some stout Leinster defensive play.

A sniping Tebaldi break almost released Fabio Staibano then in the 50th minute but the prop spilled the pass as the try-line beckoned.

Leinster regrouped and a David Kearney burst instigated several phases of Leinster play as they inched towards the Aironi 22 and with Shane Jennings a constant presence in attack it was clear that the hosts were struggling to contain them. A cynical shoulder charge by number eight Nick Williams on O’Brien led to a ten minute spell on the sidelines.

The game ebbed and flowed and Aironi back-row Gareth Krause crashed over to score a try and give the hosts some hope, but out-half James Marshall’s conversion missed the target.

It was the last meaningful attack by either side as the game drew to a close with Leinster maintaining their recent run of good form with a determined victory.