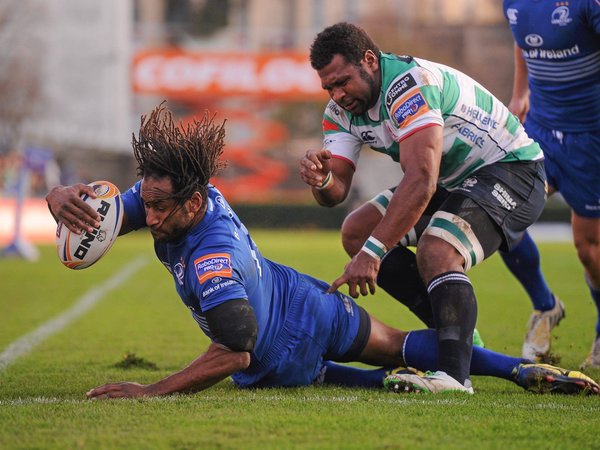 Leinster opened up a 12-0 lead after a quarter of an hour at the Stadio di Monigo, with former Wallaby Lote Tuqiri scoring his first try for the province and Noel Reid running in his second try in as many league games.

Former Leinster out-half Mat Berquist kicked a penalty and converted a Ludovico Nitoglia try, as Treviso battled back to trail by two points at the break.

Jimmy Gopperth knocked over two penalties before the Italians snatched the lead for the first time on the hour mark, with winger Angelo Esposito touching down and Berquist adding a penalty and conversion.

But Matt O'Connor's men set up a late penalty opportunity for Gopperth and the composed out-half delivered the match-winning three points. The result moves Leinster up to third in the table.

"The whole squad was impressive and that puts a lot of pressure on the international boys coming back, which is important."

Gopperth struck the post with his first penalty attempt in the third minute, before Leinster muscled their way into the 22 through Brendan Macken, captain Rhys Ruddock and Darren Hudson.

The visitors maintained possession through a couple of rucks, setting up Tuqiri for a smart finish past the covering Manoa Vosawai in the right corner.

Gopperth was unable to convert but Leinster quickly added to their try count as Dominic Ryan raided through and centre Reid left a couple of defenders for dead as he ran in a seven-pointer to the right of the posts.

Berquist settled the hosts' nerves with a crisply-hit penalty and then a series of missed tackles in the 28th minute allowed Treviso through for their opening try.

Brendan Williams, so often the attacking inspiration for the Italians, started the break and he slipped past Darragh Fanning's challenge before linking with the supporting Nitoglia who evaded both Reid and John Cooney on the way to the try-line.

Berquist added the extras for a 12-10 scoreline and Leinster were unable to respond before half-time, with Aaron Dundon, Reid and Hudson all held up in sight of the whitewash.

Leinster steadied the ship with a strong start to the second period, the forwards piling through with great intent before an offside decision allowed Gopperth to put five points between the sides.

Gopperth's accurate kicking out of hand kept Leinster on the front and he was joined at half-back by Ireland international Eoin Reddan for the final half an hour.

After pulling a penalty wide, Gopperth was back on target in the 53rd minute as he punished Treviso replacement Alberto Sgarbi for going offside.

Leinster were on top territorially now with Tuqiri beginning to handle the ball in more advanced positions, and replacement Zane Kirchner might have threatened the try-line had Fanning got a pass away from contact.

Treviso stormed downfield to set Berquist up for a 57th minute penalty and four minutes later the partizan home crowd were celebrating a second try.

Williams was involved initially on a counter attack and with Treviso maintaining possession, a neat set of passes released winger Esposito to score in the right corner. Berquist's brilliant conversion from just inside the touchline edged the hosts ahead at 20-18.

But Leinster patiently built for the decisive score of the afternoon, winning a scrum penalty in their 22 before Tuqiri carried over halfway and Ryan and replacement Jordi Murphy both made the hard yards.

Amid a chorus of boos, Gopperth kept his cool to convert the right-sided kick and edge the defending league champions back in front.

They had to endure a tense final five minutes during which replacement Alberto di Bernardo flashed a drop goal effort wide, but Leinster dug deep in defence to keep Treviso out of scoring range. 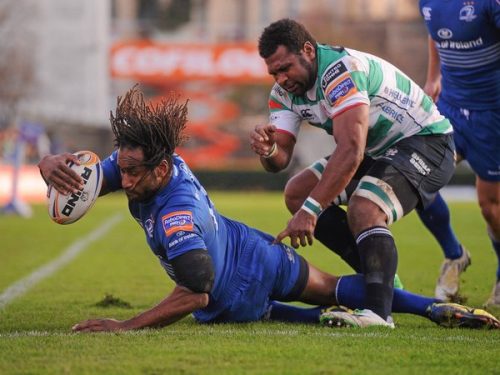