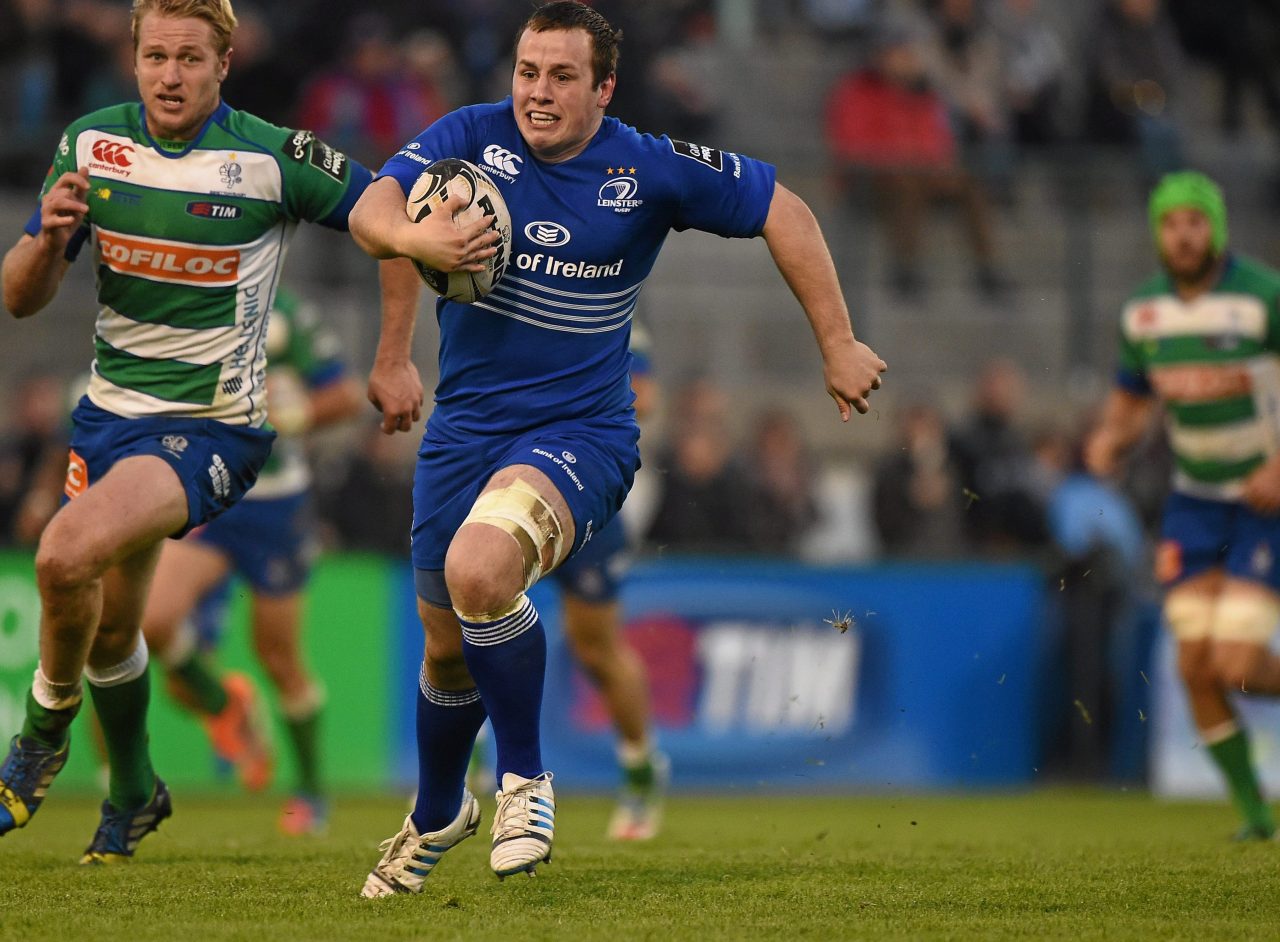 Despite showing rustiness following the November break, Leinster managed to score four tries – two in each half – but the victory proved beyond them as the energetic and hungrier Italians dictated much of the play.

Wingers Darragh Fanning and Dave Kearney crossed for the first half tries, but in between Andrea Pratichetti and Dean Budd touched down for the league's bottom side who held on to lead 12-10 at half-time.

Bryan Byrne, who was sprung from the bench, ran in his first senior try for the province on the resumption, but a similar charge-down effort from Marco Barbini restored Treviso's two-point advantage.

Fanning claimed the bonus point score when diving over from a close range ruck in the 67th minute. Gopperth converted for 24-19, only for Treviso hooker Davide Giazzon to register his side's bonus point from an overlap five minutes later.

Hayward missed the conversion from wide out on the right and the pressure got to him when he put a kickable penalty wide in the 76th minute. The sides shared the spoils in the end as Gopperth was off target with a last-minute drop goal from outside the 22.

Luke Fitzgerald was a late withdrawal after pulling up at the end of the warm-up. Brendan Macken took his place at outside centre with Mick McGrath added to the visitors' bench.

Speaking afterwards, head coach Matt O'Connor said: ‘It was disappointing. We let ourselves down. We didn't have a lot of ball in the second half and therefore couldn't manage enough territory or possession.

‘Luke complained of a tight groin after the warm-up and it wasn't worth taking the risk, while Richardt's hamstring tightened up and so we didn't want to take a chance with him either.’

Leinster, who gave starts to the fit-again Kearney and Jordi Murphy, hit the front after just three minutes. The scrum provided the platform as neat interplay between Luke McGrath and Zane Kirchner down the blindside put Fanning over for an unconverted try.

The Treviso defence came under further pressure thanks to a Noel Reid break, however the Italians got back to deny the returning Kearney close to the whitewash.

Leinster were then rocked by the concession of a seven-pointer in the 12th minute. Quick lineout ball sent Sam Christie through the middle and Pratichetti fastened onto Joe Carlisle's flat pass to break between Kirchner and Fanning and reach over to the left of the posts.

Hayward's conversion split the sides at 7-5 and Leinster had more defensive duties as Treviso remained on the front foot, pressing at the breakdown and winning the territorial battle. Former Leinster back rower Leo Auva'a was also added to the mix, replacing the injured Mat Luamanu.

Leinster then lost possession at a scrum five metres from their try-line, as Alberto Lucchese wrestled it away from Luke McGrath and fed flanker Budd to crash over for Treviso's second try which went unconverted.

The defending champions replied within four minutes. Fanning did well to collect his own chip and following a good spell of continuity, Jack Conan carried strongly in the 22 before passing to his left for Kearney to score on his seasonal debut.

Gopperth's missed conversion left it 12-10 in Treviso's favour and neither side could strike again before the break, although Conan, Reid and captain Kevin McLaughlin all made headway with ball in hand.

Byrne, who came on for the injured Richardt Strauss, had Leinster leading after barely a minute of the second half. He charged down a Carlisle kick and gathered the bouncing ball to run in from 30 metres out. Gopperth converted for 17-12.

Hayward missed a 49th minute penalty but just two minutes later, flanker Barbini blocked Gopperth's attempted clearance and won the race for the touchdown in the left corner. Hayward split the posts this time to move Treviso back in front.

Poor play from Matt O'Connor's men was inviting the home side forward, and it took a Reid interception and Gopperth clearance downfield to break up a breathless spell of Treviso attacking in the 22.

Two textbook tackles from replacement Mick McGrath forced Treviso centurion Ludovico Nitoglia into touch and allowed Leinster to build some pressure of their own, however a crooked lineout throw from Byrne saw a promising opportunity lost in the 22.

McGrath and Fanning broke down the right wing to bring their side back into scoring range. A penalty was kicked towards the corner and although the lineout maul was held up, Ben Marshall built momentum closer to the posts and a couple of quick recycles led to Fanning touching down. Gopperth tagged on the extras.

Armed with a five-point lead, Leinster should have been able to close out the game but again they allowed Treviso to get over the gain-line and Christie and Hayward created an opening on the right for Giazzon to get over near the corner flag.

That proved to be the final score of this end-to-end round 8 tie as neither Hayward or Gopperth could muster a match-winning kick in the dying minutes. 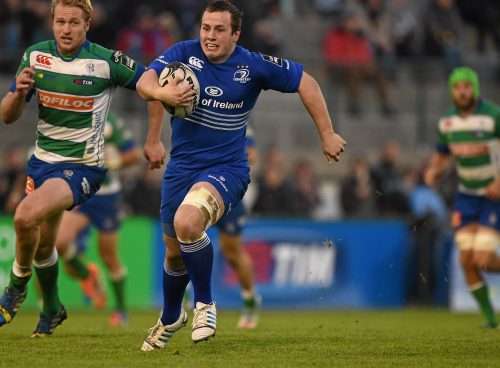