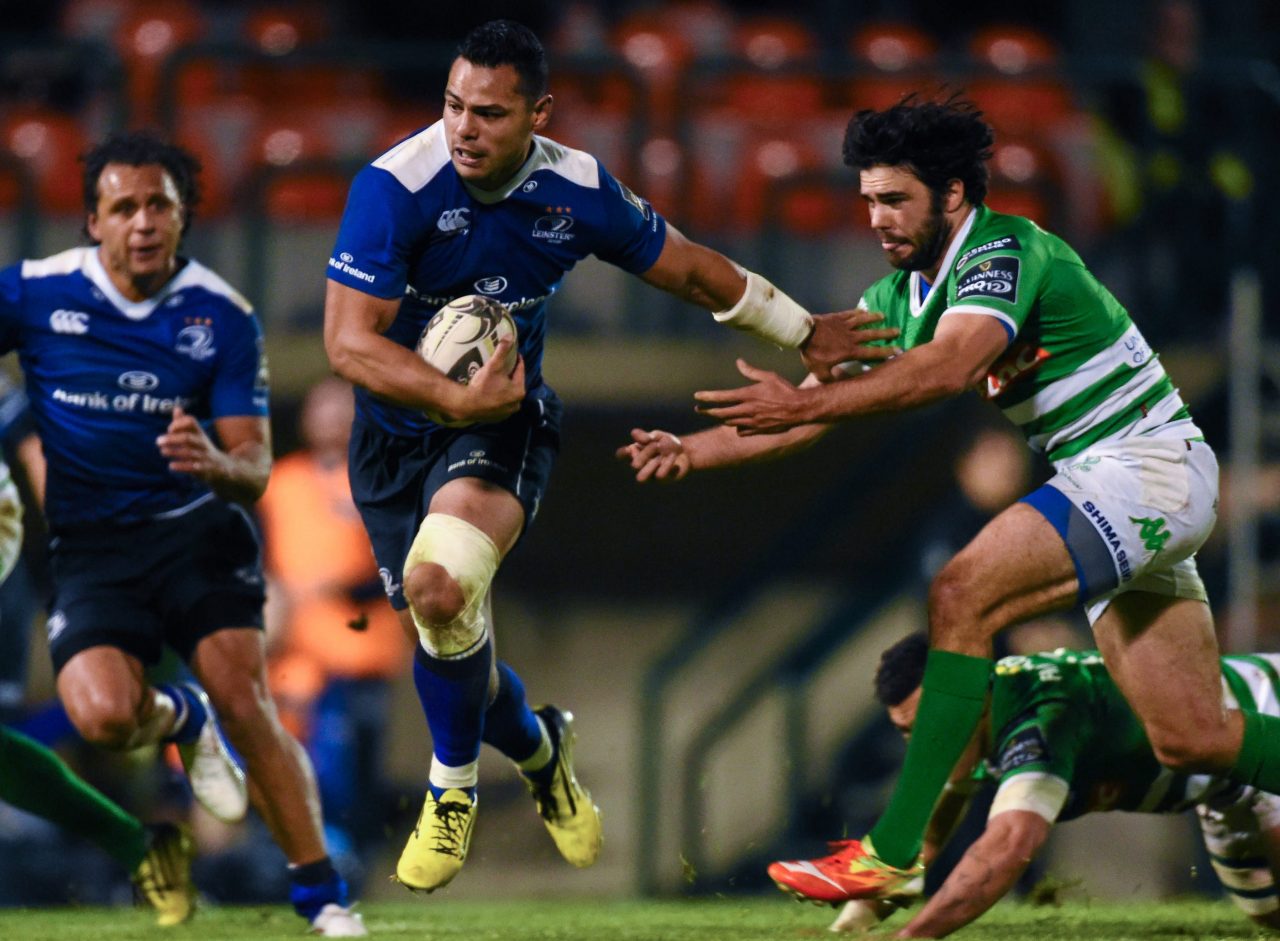 Leinster gained their first away win of the season, picking up a bonus point in the process, as they beat Benetton Treviso to move up to fourth in the GUINNESS PRO12…

Leo Cullen’s men bookended the first half with tries from Jack McGrath and new club captain Isa Nacewa – his fourth touchdown in as many games – as they built a 15-3 interval lead at Stadio di Monigo.

The returning Jonathan Sexton, making his first appearance for Leinster since May 2013, had a key role in setting up Nacewa’s score. As more Ireland internationals came on from the bench, the visitors tightened their grip on proceedings with further tries from impressive pair Jack Conan and Ben Te’o after 56 and 61 minutes respectively.

The five-point return sees Leinster leap into the top four ahead of next Friday’s meeting with the pace-setting Scarlets at the RDS (kick-off 7.35pm). They are currently six points behind the unbeaten Welsh outfit.

Half-backs Sexton and Eoin Reddan established early control in northern Italy, with the former finding a very good touch inside the Treviso 22 and the scrum half providing quick and inviting ball.

Luke Fitzgerald, whose afternoon was cut short by a shoulder injury, injected some pace into a promising attack and Sean Cronin followed up with a well-timed offload out of a tackle to send the supporting McGrath over for a well-taken third-minute try.

Sexton’s conversion was cancelled out by a Jayden Hayward penalty, and the pair tangled into the 10th minute as Sexton obstructed the New Zealander as he chased his own kick. The returning out-half was promptly sin-binned by referee Andy Brace, but Treviso subsequently knocked on as they pressed closed to the try-line.

There were some important interventions in defence from debutant lock Hayden Triggs and Dave Kearney as 14-man Leinster held the territorially dominant Italians scoreless. Treviso, the league’s bottom side, turned down a kickable penalty and then failed to convert from a close-in lineout maul.

Rhys Ruddock won a relieving penalty just in front of the Leinster posts, and the province finally got back into scoring range on the back of good work at the breakdown from Jordi Murphy and a powerful carry from Conan. Fergus McFadden mopped up with the three points from outside the 22.

In the final play of the half, Kearney did superbly well to collect Sexton’s pinpoint cross-field kick wide on the left and the winger fed the ball back inside for Nacewa to finish comfortably. McFadden slid the conversion wide, leaving 12 points between the teams at the break.

Despite some strong running from replacement Tommaso Iannone and Simone Ragusi, Treviso emerged pointless from a purple patch early on the resumption.

Centre Te’o got Leinster back on the front foot, first coming up aggressively in defence for a man-and-ball tackle and then barging his way up the left wing to eventually force a penalty in the Treviso 22.

The initial opportunity was spoiled by a knock-on, but a clever right wing attack led by Noel Reid, Fitzgerald’s replacement, resulted in try number three. Reid’s classy offload saw him combine with Murphy, and Nacewa then provided the final pass for Conan to dot down to the right of the posts.

McFadden missed the conversion and Leinster swiftly probed for their next score, with Treviso winger Ludovico Nitoglia seeing yellow for a deliberate knock-on after a smart blindside break involving Reddan and Conan.

Leinster coughed up possession from the resulting lineout, but just minutes later the bonus point was in the bag when the increasingly influential Te’o stormed past Sam Christie and Luke McLean in midfield to dart straight in under the posts.

McFadden converted for a 27-3 scoreline and that is how it stayed right up to full-time, despite some hard running over halfway from lively replacement half-backs Luke McGrath and Cathal Marsh. 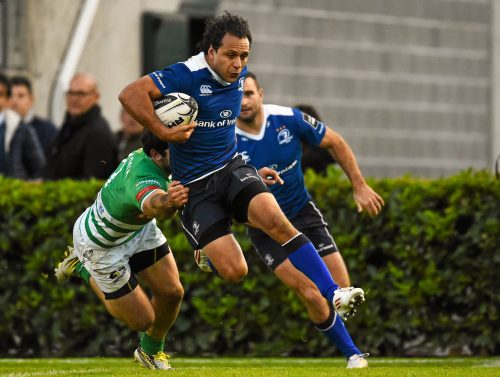 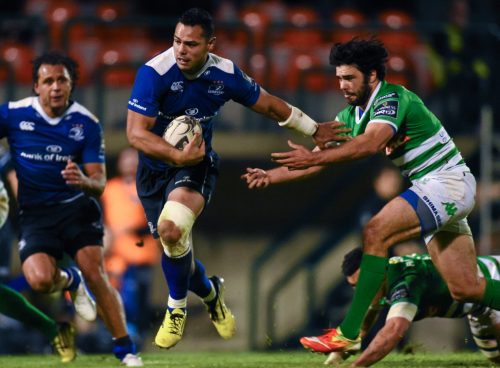 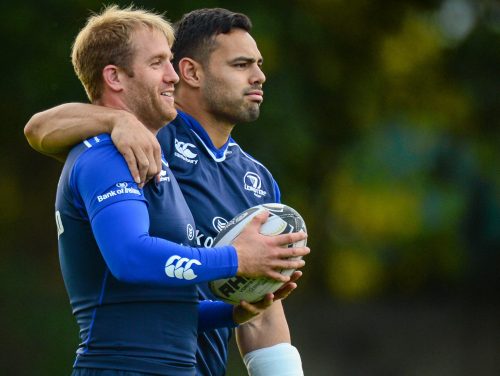 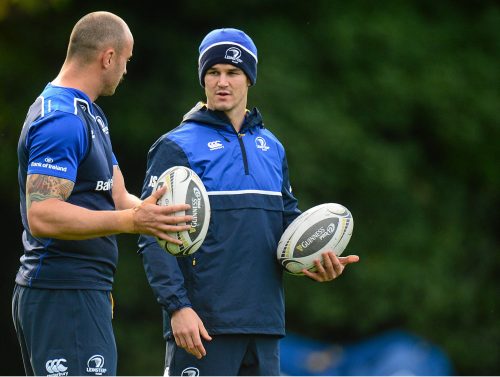 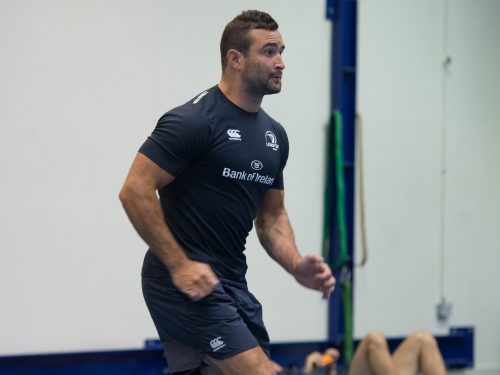 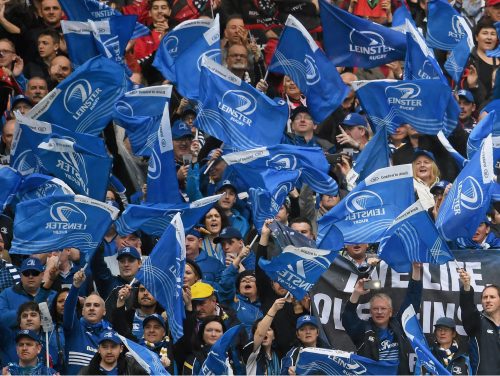