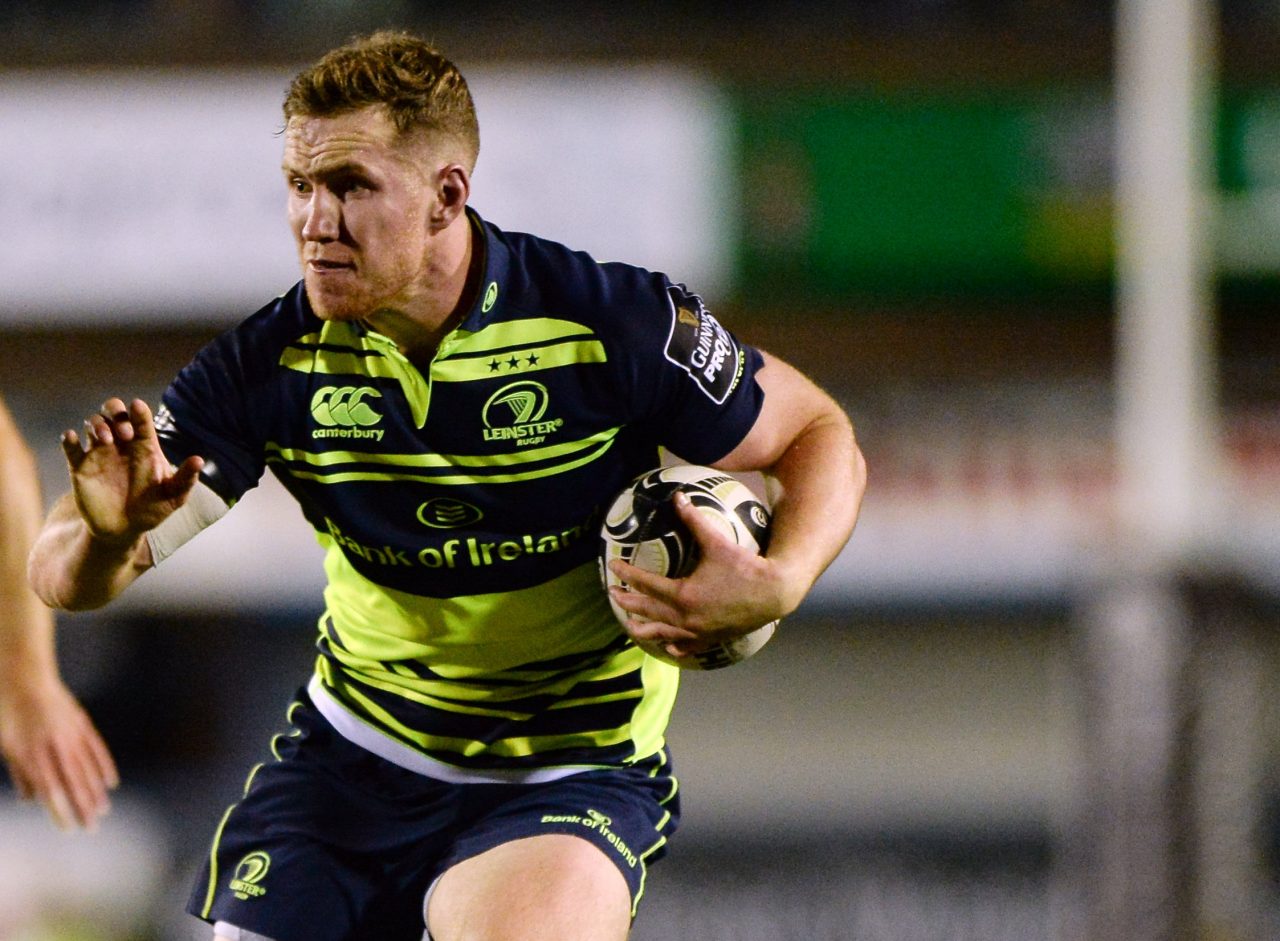 Leinster ended Cardiff’s winning start to the season and climbed into third place in the GUINNESS PRO12 table as they edged home in a nail-biting finish.

Leo Cullen’s men were 13-3 down at half-time, Gareth Anscombe scoring all of the Blues’ points – including a smashing solo try from 40 metres out – as they threatened their first victory over Leinster since 2011.

However, the visitors drew level thanks to a Jonathan Sexton penalty and Rhys Ruddock’s 50th-minute try. Anscombe was unable to respond and after Cardiff flanker Josh Navidi was caught offside in front of the posts, Sexton added the crucial three points to keep his side on the winning trail.

It took some well-organised and discipline defence to see out the result, with Cardiff pressing late on from a close-in lineout and scrum. But Leinster held out, man-of-the-match Sexton cleared and a final penalty award confirmed the province’s latest triumph.

It was Cardiff who made best start to this round 5 fixture, scrum half Lloyd Williams and hooker Kristian Dacey leading a dangerous early attack, although Leinster tackled well and quickly closed down the space.

It was the visitors who had the first try-scoring opportunity, though, as Dave Kearney hurtled into midfield off his wing and created the momentum for a pacy attack which ended with flanker Dan Leavy reaching over in the left corner. Leavy did really well to ground the ball under pressure from Matthew Morgan and Blaine Scully, but his left arm was in touch and TMO Neil Paterson eventually chalked off the score.

Following a sustained period of pressure, Sexton opened the scoring with a well-struck penalty before pushing a long range effort wide in the 24th minute after a Blues scrum infringement.

The hosts lost Sam Warburton and George Earle to injury but levelled matters through the boot of out-half Anscombe and then hit the front with the latter’s counter-attacking try on the half hour. The Wales international ghosted through a gap and his arcing run took him away from the Leinster chasers and over the try-line.

Anscombe increased his influence by tagging on the conversion and a penalty from distance to open up a 10-point advantage, five minutes before the interval.

The Blues exerted further pressure in the visitors’ 22 before Ruddock and Josh van der Flier combined to win a relieving ruck penalty and Leinster ended the first half on the attack, going close through Jamison Gibson Park who knocked on Jack McGrath’s attempted offload following a smart break by the prop.

UCD’s Barry Daly replaced Kearney for the start of the second half, joining fellow debutant Ian Nagle on the pitch, and Leinster continued where they left off.

An early penalty from Sexton ate into Cardiff’s lead and Rory O’Loughlin, who had a very solid first start at outside centre, lifted the tempo with a tremendous 50-metre break downfield. The Blues had to defend a subsequent five-metre lineout and after a series of pick and goes, Ruddock rumbled over for Sexton to convert from the left wing.

Cardiff forced a scrum penalty in response, although Anscombe had his first miss off the night off the tee. There was increased activity on the Leinster bench, with the front being replaced and experienced campaigners Devin Toner and Jamie Heaslip coming on for the final quarter.

Despite making good headway in attack, the home side were left to rue individual errors or a loss of discipline. With ten minutes remaining, referee Dudley Phillips pinged Navidi for offside and yellow carded him before Sexton clipped over the decisive place-kick.

The Welsh region turned down a shot at the posts, three minutes later, instead opting to go for the corner. With determined new lock Ian Nagle right at the coalface, Leinster successfully defended the driving lineout and Joey Carbery – on as a replacement – and the excellent Noel Reid and Gibson Park also made key tackles.

It was that defensive grit which eventually broke up the Blues’ late bout of pressure, the province’s scrum standing firm before Cardiff were guilty of going off their feet and the four match points were Leinster’s. 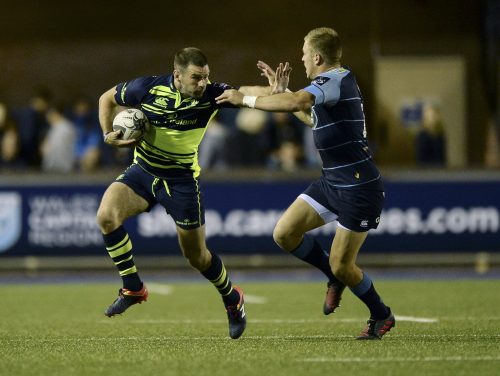 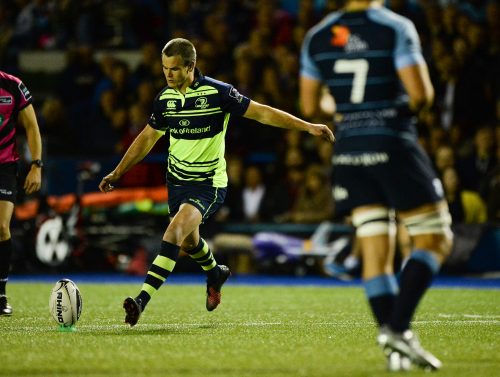 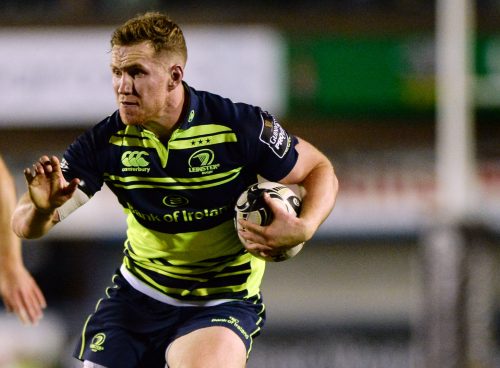 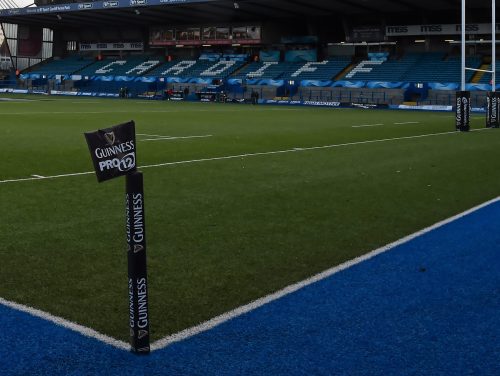 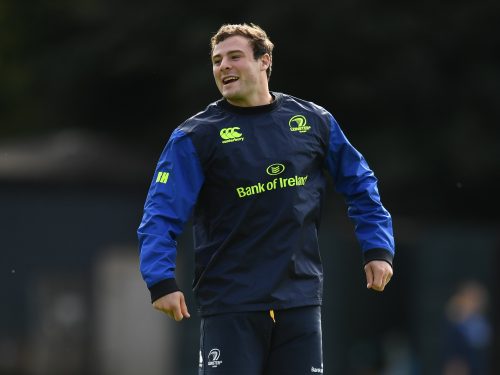 Travel with the team to Cardiff