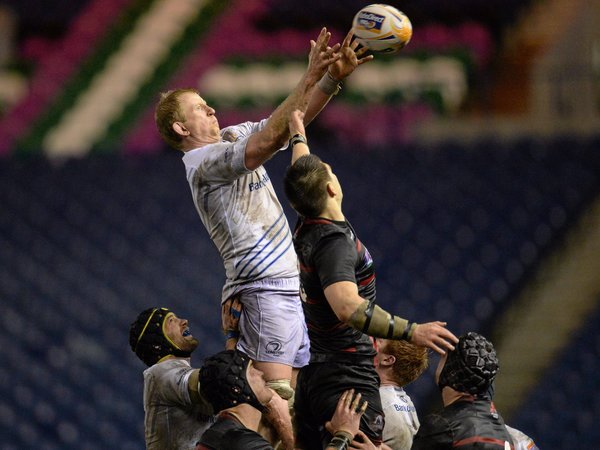 The result saw Matt O'Connor's men miss out on an opportunity to join Munster at the top of the RaboDirect PRO12, as a determined Edinburgh outfit prevailed in a scrappy encounter.

Playing in treacherous conditions at the home of Scottish rugby, Leinster were hoping to bounce back from their disappointing European loss to Northampton Saints, but the wet and windy weather proved hazardous for both sets of players.

Edinburgh had caused something of a surprise by defeating Gloucester at the same venue last weekend, and they enjoyed a good deal of possession during the early exchanges.

They kept Leinster on the back foot but much like the visitors, they committed a number of unforced errors on a night when expansive attacking rugby was kept at a minimum.

Edinburgh number 8 David Denton was prominent during the opening quarter with a number of eye-catching carries into opposition territory, but it was his opposite number Jordi Murphy who had the first clearcut opportunity of the contest.

The Lansdowne clubman was hauled down just shy of the Edinburgh line on this occasion, but the PRO12 holders did eventually get the scoring underway with 22 minutes gone on the clock.

It was largely unsurprising that it took so long for the opening score of this tie but while Leinster were hoping to build momentum as a result of taking the lead, it was actually the Scots who produced the appropriate response.

A terrific break by captain Greig Laidlaw on the half hour mark helped Edinburgh to establish a foothold in the Leinster half, and a fine cross-field move was finished off on the left hand side by winger Dougie Fife.

This was a hammer blow for Leinster so close to the interval and although scrum half Laidlaw was off target with the subsequent conversion, he was successful from a 38th minute penalty to give his side a slender 8-3 lead at the break.

In general, it had been a largely uneventful opening period, but with the rain starting to die off as the action restarted, Leinster reduced their deficit to just two points when Madigan brilliantly curled a three-point effort inside the posts off his trusty right boot.

Edinburgh displayed no signs of panic though, and they restored their five-point cushion just three minutes later when Laidlaw expertly converted a 25-metre penalty from a manageable left hand angle.

As the crucial final quarter beckoned, both teams continued to display admirable endeavour. However, try-scoring opportunities remained at a premium, with the wings and centres being kept largely on the periphery of the play.

Laidlaw was making a sizeable impression for the 2011/12 Heineken Cup semi-finalists nonetheless, and the Scottish international kept Leinster on their toes with another massive break 15 minutes from the end.

The visitors managed to snuff out the threat in this instance, and they were also relieved to see the 28-year-old's long range kick at goal dropping just short of the posts on 74 minutes.

This meant that Leinster still had a realistic chance of snatching victory from the jaws of defeat. Indeed, they looked set to cross the whitewash with a period of intense pressure after replacement Jimmy Gopperth opted to kick for touch, until an unfortunate knock on led to a scrum in favour of Edinburgh.

The home team still needed to hold tight during the final moments of a dogged showdown, but they eventually kicked to safety to secure a hard-earned triumph. 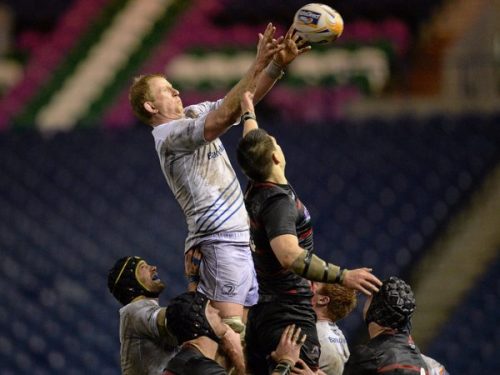