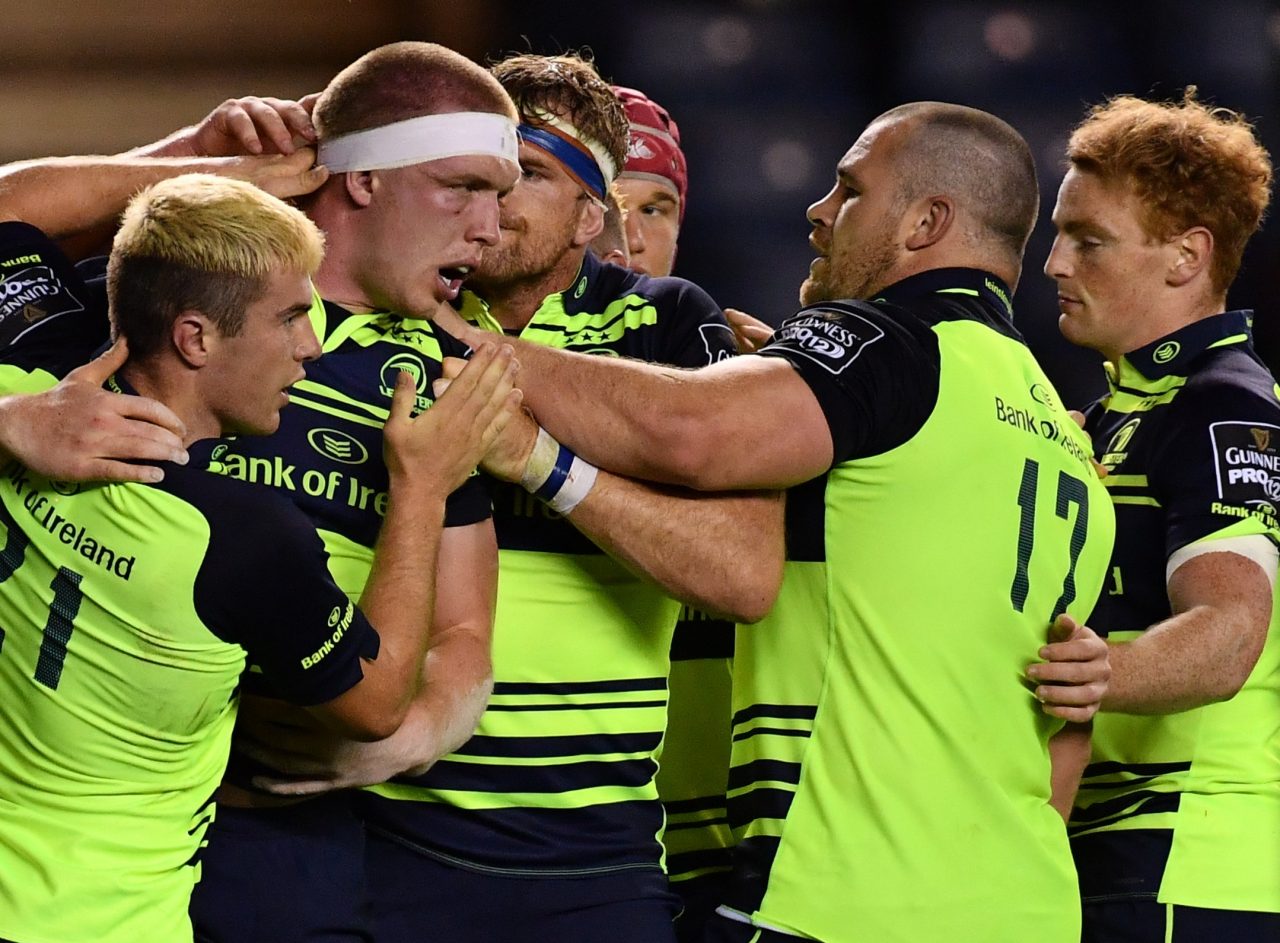 Dan Leavy bagged a brace of tries as Leinster ran out 33-20 bonus point winners over a dogged Edinburgh side at BT Murrayfield.

Leo Cullen’s men ran in five tries – four of them converted by returning captain Isa Nacewa – to record only the province’s second victory in Scotland since January 2013.

Although the bonus point was secured inside 35 minutes, the visitors had a big defensive workload in the second half as Edinburgh came storming back.

Tries from Hamish Watson and Magnus Bradbury, the first coming soon after a yellow card for Leavy, brought it back to 26-20, entering the final seven minutes.

However, Leinster and Leavy had the final say, the 22-year-old flanker burrowing over with 79 minutes on the clock. On the night of his 150th provincial appearance, Nacewa tagged on the final conversion to complete his own 13-point tally.

Leinster had fallen behind inside the opening 90 seconds, slack defending allowing Sasa Tofilau through the middle and Allen outpaced Zane Kirchner to score from Phil Burleigh’s kick towards the right corner.

Duncan Weir clipped over a fifth minute penalty to make it 8-0, but the visitors, determined to bounce back from their reversal in Glasgow, soon found their rhythm with scrum half Gibson Park setting a high tempo.

Fed by Noel Reid’s short pass, openside Leavy galloped through an inviting gap in the Edinburgh defence to open Leinster’s account in the 12th minute. Nacewa converted to make it a one-point game.

Leinster led by the end of the first quarter, a period of strong carrying from the reinforced pack – with Jamie Heaslip only just held up – doing the damage before Joey Carbery’s well-timed delivery released Ringrose for a smartly-taken try from close range, converted by Nacewa.

It took some excellent covering from Weir to deny Ringrose a second try as he flew down the right touchline, but there was nothing Edinburgh could do when delayed passes from Kirchner and Sean Cronin sent Nacewa raiding in from the right for a 24th minute try which he converted himself – 21-8.

Dave Kearney and Ringrose got off the line quickly to swallow up Edinburgh replacement Solomoni Rasolea in front of the Leinster posts, and the pack won a scrum against the head to fully release the pressure.

Closing in on the interval, Leinster continue to dictate play through their forwards, winning a couple of close-in penalties. Edinburgh held out before Gibson Park cleverly used ruck ball to step inside his opposite number Nathan Fowles and register the bonus point score.

Despite losing skipper Grant Gilchrist to the sin-bin, Edinburgh opened the second period in promising fashion with a barnstorming run from flanker Watson.

Indeed, it was the industrious Watson who stretched over for Edinburgh’s second try while Leavy was in the sin-bin, paying the price for repeated incidents of foul play from Leinster.

Weir’s conversion closed the gap to 26-15 and the Scots threatened again soon after, a poor pass letting Tom Brown down on the left wing before full-back Glenn Bryce had a foot in touch on the opposite flank.

An excellent turnover from ever-influential number 8 Heaslip, followed up by a superb kick downfield from Nacewa, broke up a period of intense attacking pressure from the home side.

Set piece issues, particularly the lineout, saw Leinster struggle to get the scoreboard moving, though, and blindside Bradbury broke through to give Edinburgh renewed hope.

Crucially, Leinster managed to close the door shut in the dying minutes – aided by a strong set of replacements. One of them, Ross Molony, charged towards the right corner from a well-worked lineout, and possession was retained through a series of close range rucks before Leavy lunged over from a Heaslip pass.

Leinster face Munster at Aviva Stadium on 8th October. Tickets are on sale now from €25. 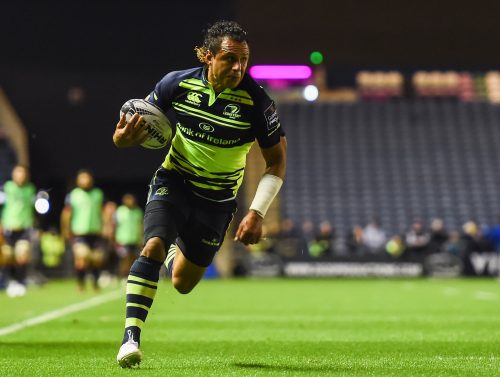 HIGHLIGHTS: See all the tries from the win over Edinburgh 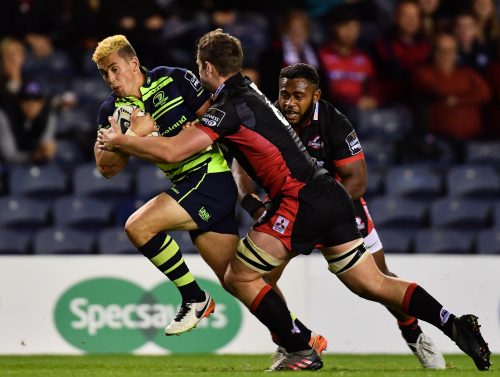 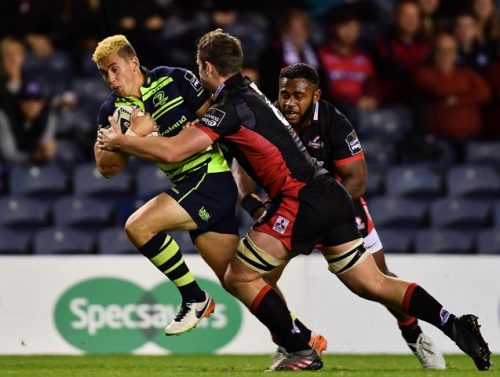 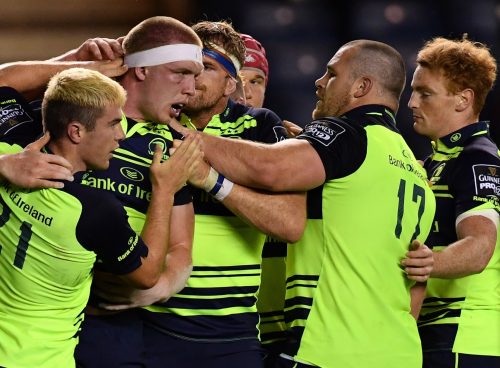 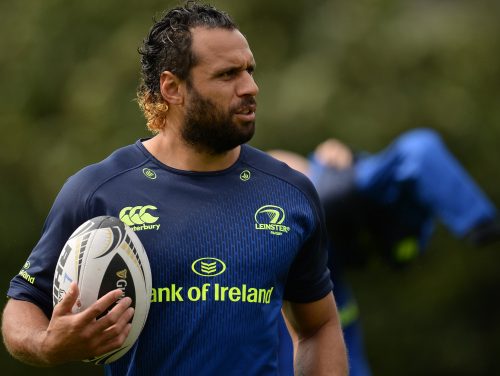 Nacewa Back for 150th Game in Blue 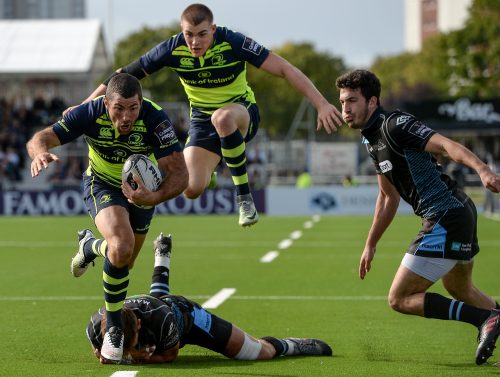