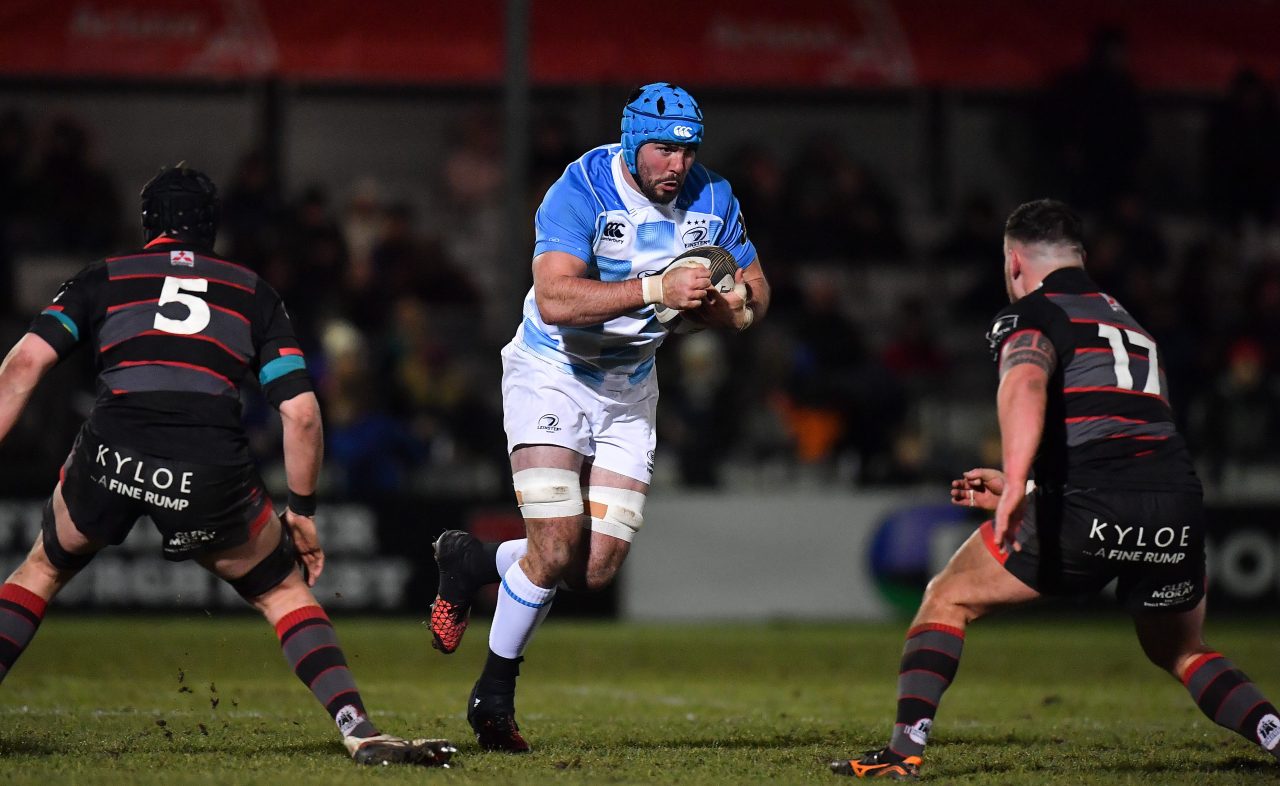 There was late drama at Myreside tonight as Leinster saw their three-month unbeaten run ended by resilient hosts Edinburgh in the GUINNESS PRO14.

Four tries from Max Deegan, Scott Fardy and Barry Daly (2) in a five-point defeat provided Leo Cullen’s men with two bonus points on their return to Dublin, which moves them ahead of the Scarlets, who lost 22-12 to Benetton Rugby on Sunday, on scoring difference at the top of the Conference B table.

It was a 78th-minute converted score from Mark Bennett that ultimately decided the outcome of this round 14 encounter, after Luke Crosbie, Nathan Fowles and Duhan van der Merwe had earlier touched down for Richard Cockerill’s home side.

TMO Neil Paterson was consulted about a potential knock-on from Glenn Bryce in the lead-up to Bennett’s late match winner, but referee Paul Williams ruled in favour of the Scottish outfit in a tense finish.

Leinster were aiming for their 10th competitive win on the bounce, and they signalled their intent when Ross Byrne opted for touch from an early penalty. After the visitors worked the ball through several phases, Deegan powerfully drove over the Edinburgh whitewash.

This was the industrious number 8’s third try of the season – following previous efforts against the Dragons and Connacht – and out-half Byrne’s successful conversion made it a perfect start to the game for the Champions Cup quarter-finalists.

Edinburgh missed out on a chance to open their account when Jaco van der Walt was off-target with a penalty attempt, but by the end of the first quarter, the Scots were the ones in the ascendancy.

Ross Byrne’s attempted kick downfield was charged down by blindside flanker Crosbie, who managed to gather the loose ball before breaking free for a 12th-minute score underneath the posts.

Van der Walt’s conversion brought the sides levels, and this was quickly supplemented by Edinburgh’s second try of the opening half. Following Bennett’s turnover on Dave Kearney deep inside the Leinster half, Fowles dotted down at the end of an enterprising right wing run.

Though van der Walt could not add the extras, Edinburgh had responded brilliantly to the early setback dished out by Deegan. Some unforced errors made it difficult for Leinster to regain their attacking momentum, but they eventually settled back into a more familiar rhythm.

A prolonged attack on 24 minutes, that began with a lineout on the left wing, was finished in impressive fashion by Fardy, with the second try, on the opposite flank. Byrne split the posts with aplomb as Leinster hit the front once again – 14-12.

It was proving to be an extremely open tie, with both sides seeing attack as the best form of defence. Indeed, following another patient move inside the Edinburgh 22, Jamison Gibson-Park and the increasingly prominent Deegan put winger Daly through to finish on the left hand side.

In addition to putting them within touching distance of a bonus point, this unconverted try offered Leinster some much-needed daylight. They had some work to do before a victory could be guaranteed, though, and Edinburgh’s persistence was rewarded in the form of a Murray McCallum try just before half-time.

Another missed opportunity by van der Walt ensured that Leinster brought a slender 19-17 lead into the break. In stark contrast to the 40 minutes that preceded it, the second half was a much scrappier affair, with quite a bit at stake for both teams.

Taking over from captain Richardt Strauss and Peter Dooley, the Byrne twins – Bryan and Ed – were introduced to the front row, where they joined the ever-dependable Michael Bent on his 100th appearance in a Leinster shirt.

Despite finding themselves on the back foot just after the restart, the growing influence of back rower Bill Mata edged Edinburgh closer to the Leinster line on the hour mark. A kick towards the left touchline bounced awkwardly for Fergus McFadden, who made a memorable return with Ireland in Paris last weekend, and South African winger van der Merwe pounced for his side’s fourth try of the night.

Yet, Leinster’s response to this latest blow was emphatic, as Ross Byrne picked out Daly in space for another score in the corner on 64 minutes. It edged the province back in front at 24-22, with the conversion off-target.

They were now a step closer to successfully negotiating this tricky fixture, which marked the senior debut of Academy flanker Will Connors. Adam Byrne also made his return from ankle surgery, replacing Kearney for the final quarter of an hour, as Leinster looked to maintain their winning form.

The outstanding Bennett had other ideas, however, as his last-ditch converted try secured maximum points for the home side. Leinster will now look to dust themselves off for a top of the table clash with the Scarlets at the RDS next Saturday. 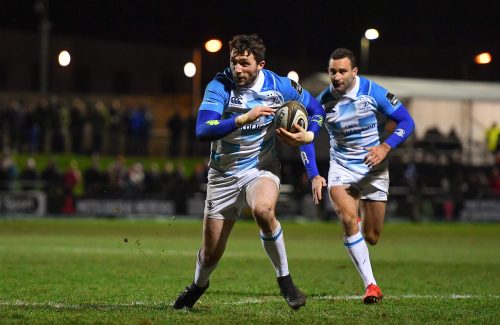 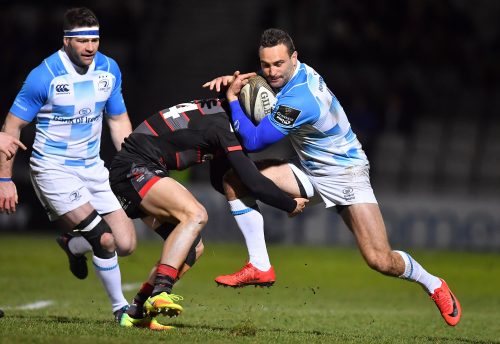 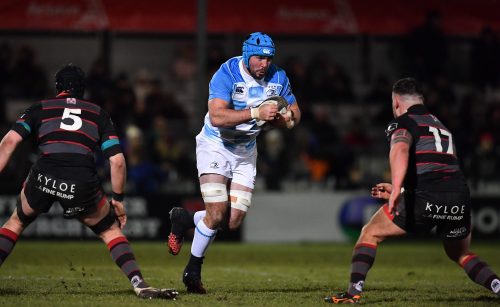 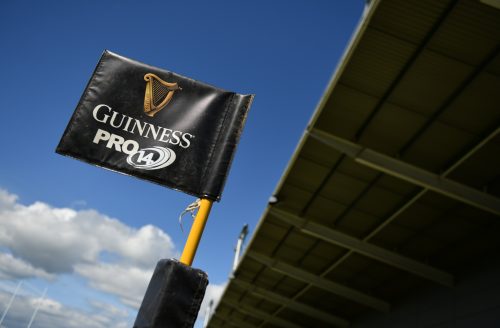 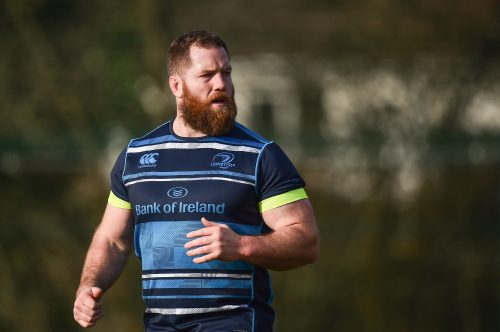 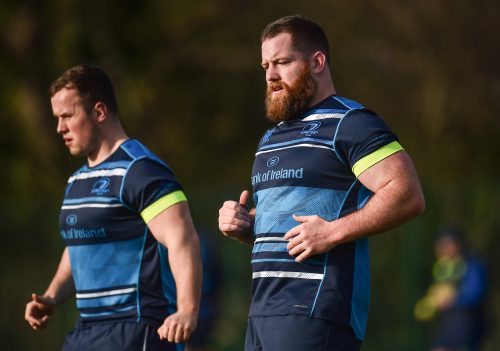 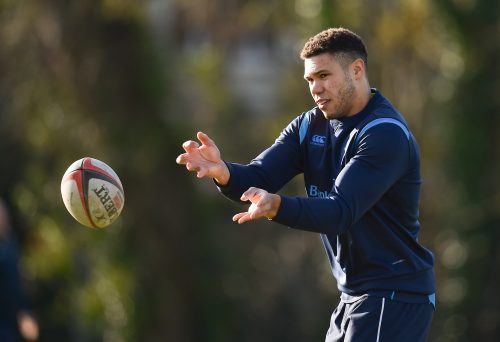 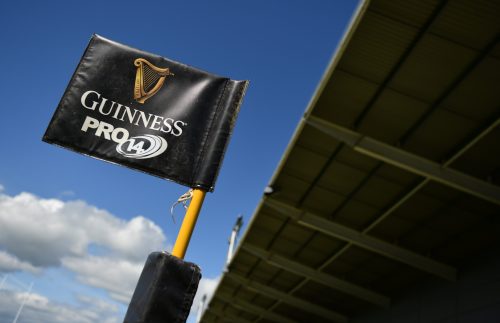 Edinburgh away travel and ticket information