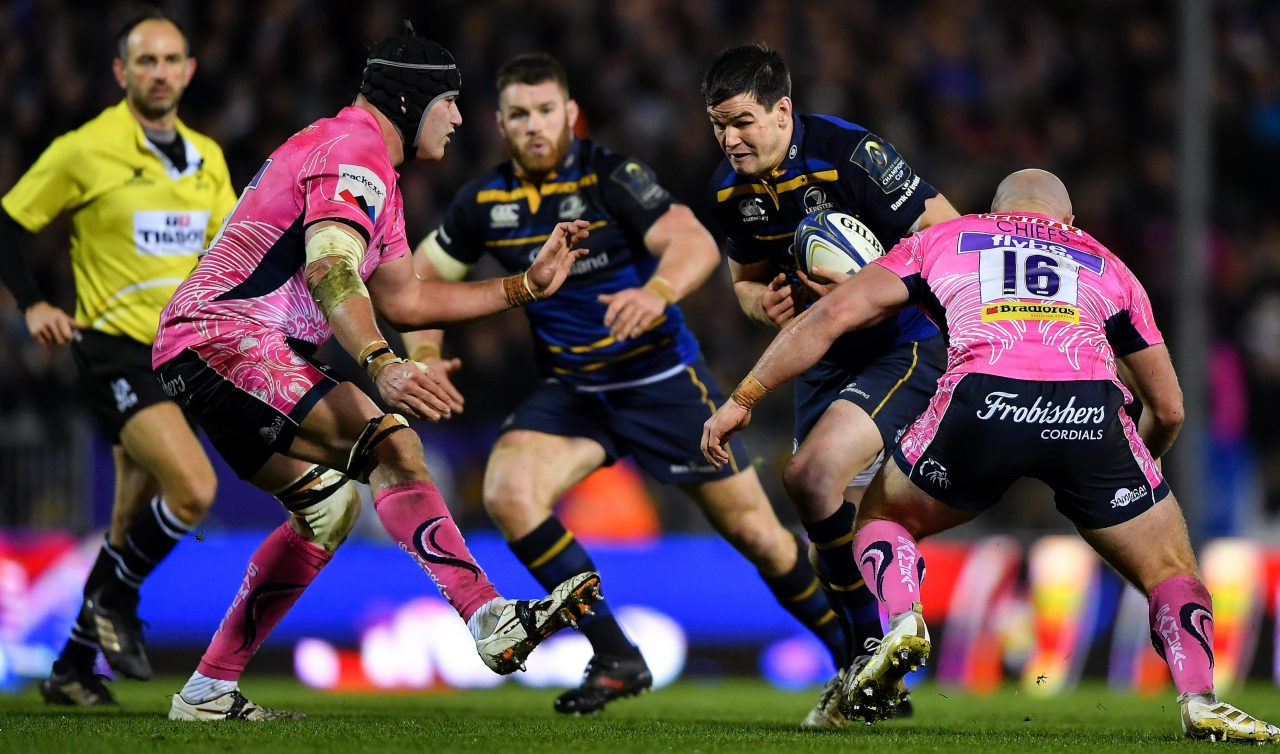 The reigning English champions lost at home for the first time since last December, as a power-packed effort from the visiting pack, coupled with clever tactical play from Jonathan Sexton and Luke McGrath, earned Leinster their 100th European Cup win.

Sexton’s try after 20 minutes was the difference between the sides at half-time (8-3), the talismanic out-half crossing in the left corner after Exeter prop Harry Williams had been sin-binned for repeated scrum offences.

Gareth Steenson and his former Ireland Under-21 colleague Sexton swapped penalties in the second quarter, but Leinster should have been further in front as two tight TMO calls ruled out potential tries from McGrath and Devin Toner.

Although the visitors defended well while Sean Cronin was in the bin, Exeter levelled the game with a well-worked James Short try. However, a penalty on the hour mark from Isa Nacewa was followed by Jack Conan’s crucial try – at the end of 44 exhaustive phases – as Leinster closed out the victory in clinical fashion.

Sexton and Fergus McFadden were both prominent early on, the former spearheading a pacy attack up the left and the latter finding an excellent touch from inside his own 22. There were also some bulldozing carries from Cian Healy and man-of-the-match Tadhg Furlong.

Leinster were desperately close to scoring a fourth minute try, TMO Eric Gonthier ruling out a terrifically-crafted Luke McGrath effort as Sexton, who popped the pass back for his half-back partner to dive over, had a foot that just grazed the touchline.

Sexton missed a penalty opportunity to the right after Thomas Waldrom was guilty of not rolling away. Nonetheless, the visitors remained on the front foot, though, and lock Toner was very unlucky to miss on a muscular try from close range as there was no clear grounding.

Toner and the rest of the forwards heaped pressure on from the resulting five-metre scrum and three successive penalties in Leinster’s favour resulted in French referee Romain Poite showing his yellow card to Chiefs loosehead Williams.

The Aviva Premiership table toppers held out at the next set piece, pinching possession through Matt Kvesic and clearing past their 22. But Leinster duly took advantage of the extra man out wide, Sexton kicking over to captain Nacewa and a quick recycle saw McGrath send Sexton over in the corner for the province’s 50th try of the season.

After the try scorer’s conversion attempt felt short, Exeter bounced back with a Steenson penalty which punished the otherwise excellent Healy for not releasing Henry Slade after the tackle, just outside the Leinster 22.

A knock-on by Slade soon saw McGrath launch a snappy counter attack over halfway. Leinster then exerted the territorial pressure, hurtling back from a lineout, and Nic White’s no-arms tackle on Healy allowed Sexton to split the posts from straight in front and make it 8-3.

Exeter had the better of the exchanges closing in on the break, with number 8 Waldrom held up before the Leinster defence stood up to a punishing set of phases from the Chiefs carriers who had the try-line very much in their sights. A monster tackle by Scott Fardy on Kvesic forced a knock-on and the danger was cleared via a scrum.

Tricky winger Short, who had a threatening run late in the first half, kick-started the second with another one, setting the wheels in motion for replacement Jack Nowell to hare towards the right corner. Cronin’s high tackle on the advancing winger earned him yellow.

It was a double blow for Leinster as Rhys Ruddock had to hobble off, but the visitors dug deep in defence again, holding up an Exeter maul and then Tullow man Sean O’Brien picked his moment to win a relieving penalty at the breakdown.

The Devon side were looking increasingly threatening with ball in hand, though, and they struck for a terrific try to square things up at eight points apiece. Steenson’s delayed pass caught out the Leinster defence, allowing Olly Woodburn to pierce through on the left wing and link with the supporting Short who finished off near the corner. Steenson’s conversion attempt drifted to the right and wide.

The momentum swung back to Leinster as the tireless Fergus McFadden and Rob Kearney put the foot down in pursuit of Sexton’s garryowens and McGrath’s box-kicks. The chasers forced handling errors from the Exeter receivers, and the province went through 30-plus phases in scoring range, with O’Brien and Furlong upping their physicality as ball-carrying options.

The hosts were caught offside and with Sexton having to receive some treatment, Nacewa nailed the right-sided penalty to edge Leo Cullen’s men back in front. Cullen’s use of the bench was also key with the likes of Jack McGrath, Josh van der Flier, James Tracy and James Ryan having the required impact up front.

Winger McFadden got through a huge amount of work, covering brilliantly from a Nowell kick and also darting after a Sexton kick which almost bounced up for him near the right touchline. Leinster’s intelligent use of the boot kept Exeter pinned back with half-backs Sexton and McGrath ensuring play was mostly in the hosts’ half.

A bad slice to touch from Woodburn offered Leinster some crucial territory and they gradually wore down the Chiefs defence, picking and going around the fringes with Luke McGrath in full command. They edged ever closer to the line before number 8 Conan succeeded in burrowing under tackles from Slade and Sam Simmonds to score.

Nacewa converted to open up a 10-point gap, a significant lead in such a closely-fought game. Fresh legs came on to see out the result, with Jamison Gibson-Park and Ross Byrne taking the reins and the 20-year-old Jordan Larmour making his Champions Cup debut.

The punishing defensive workload had taken its toll on Exeter and they had no response, as Leinster controlled possession up to the final whistle and pocketed a hard-earned four points ahead of next Saturday afternoon’s rematch at the Aviva Stadium (kick-off 3.15pm).

Join the roar at the Aviva Stadium! Tickets for Leinster v Exeter Chiefs are available from €25 for adults and €10 for under-18s. 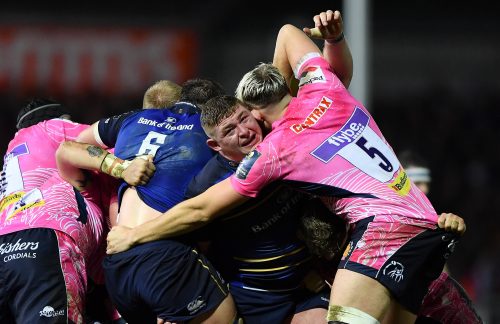 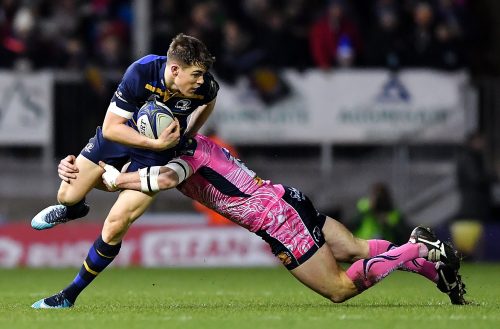 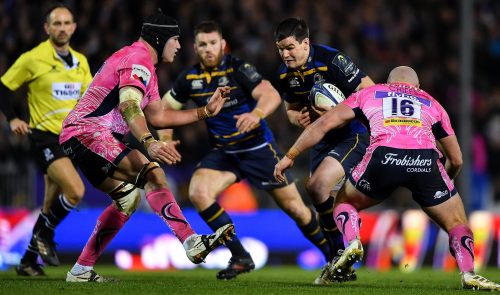 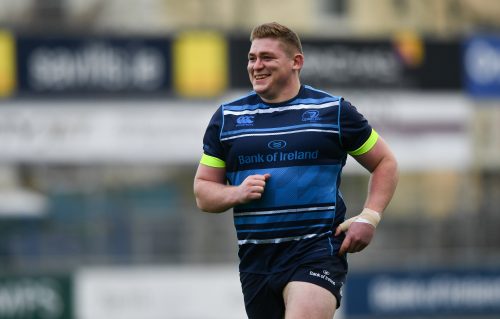 Gallery: Squad training at Donnybrook Stadium ahead of Exeter Chiefs 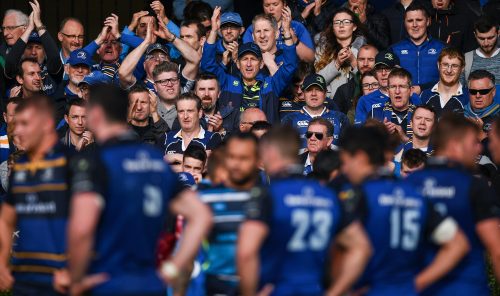 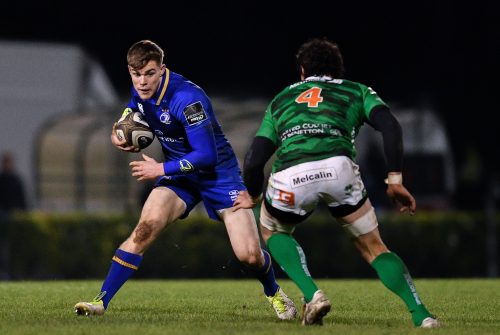 Injury update ahead of Exeter Chiefs