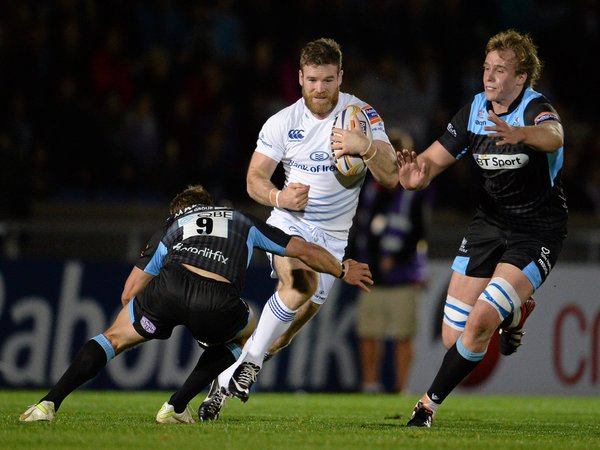 With new recruit Lote Tuqiri making the first start of his short-term stay with Leinster in place of late withdrawal Darragh Fanning, there was a good deal of anticipation ahead of this encounter.

However, the opening period at Scotstoun Stadium was tight and cagey, as neither side could make inroads through their opponents' rigid defensive lines.

Matt O'Connor's charges enjoyed the majority of possession during the first quarter, but it was not until the 24th minute that they were presented with their first realistic opening of the game.

Out-half Jimmy Gopperth expertly negotiated a 40-metre penalty from the left hand side on this occasion, but Glasgow had a three-point opportunity of their own just two minutes later through British & Irish Lion Stuart Hogg.

However, the influential Scotland full-back was well wide of the mark with this attempt, and he also came up short with a similar kick 33 minutes into the proceedings.

The visitors breathed a huge sigh of relief following these misses by Hogg, but as the half drew to a close there were signs that Glasgow were finally settling into the stride.

Ruaridh Jackson's decision to go for the corner two minutes before the interval proved to be inspired, as the Warriors eventually recycled the ball into a central position which paved the way for flanker Chris Fusaro to power over to the left of the Leinster posts.

Hogg finally got his account up and running from the routine conversion and even though he once again failed to take advantage of a late place-kick opportunity, his team had done enough to present Leinster with a 7-3 deficit upon the resumption.

The province had suffered a couple of hammer blows just past the half hour mark, as both Tuqiri and captain Shane Jennings had to leave the pitch through injury and though the experienced Rob Kearney and the ever-dependable Dominic Ryan were more than able deputies, it did upset the balance of the team initially.

Glasgow were doing their utmost to capitalise on this after the restart, but after centre Mark Bennett – taking over the kicking duties from Hogg – hit the woodwork from a penalty on halfway after 53 minutes, Leinster remained firmly in touch.

Once they were in contention against the hosts, there was always a chance that Leinster could emerge with their second victory of the campaign, and a second successful penalty from former Newcastle Falcons star Gopperth on the hour mark set up an intriguing finale.

As the second period wore on, however, Glasgow were beginning to apply severe pressure in the Leinster 22 and a massive effort was needed by the Blues' backs division if they were going to avoid the concession of a further five-pointer.

The Warriors' place-kick woes continued when lively number 10 Jackson badly sliced a close-range strike with 11 minutes remaining, but Glasgow managed to register the decisive score of the evening when replacement prop Jerry Yanuyanutawa drove over from an enterprising ruck six minutes later.

Jackson's bonus kick from an awkward angle crashed off the upright once more, but although Leinster did press effectively in the dying moments it was not enough to deny Glasgow a hard-earned triumph.

Watch highlights of the match on Leinster TV. 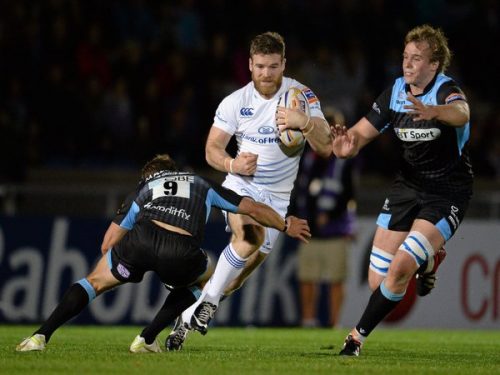