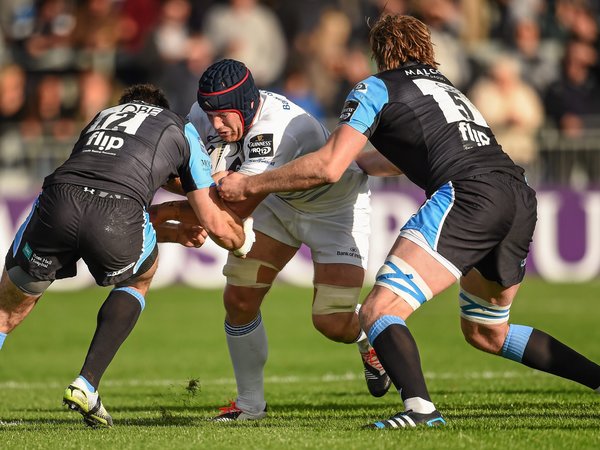 Leinster came alive in the closing stages of this GUINNESS PRO12 opener with tries from Jack McGrath and Tom Denton, but they were denied a smash-and-grab victory by Stuart Hogg’s injury-time penalty…

Glasgow Warriors dominated the first half at Scotstoun Stadium as tries from Peter Horne, Jonny Gray and captain Josh Strauss gave them a 19-3 interval lead.

Defending champions Leinster – turning with the wind at their backs – had a huge amount to do but penalties either side of half-time from Ian Madigan and Jimmy Gopperth got them off the mark.

This repeat of last season's league decider looked to be well within Glasgow's grasp until Jack McGrath crashed over on the end of a 71st minute lineout maul. Gopperth converted and suddenly Leinster had a sniff.

Matt O'Connor's men were on the cusp of pulling off what seemed an unlikely comeback win when Tom Denton touched down from Pat MacArthur's overthrown lineout just two minutes later. Gopperth's successful conversion put the province ahead for the first time – 20-19.

But, credit to Glasgow, they held possession for the concluding minutes and won two penalties in scoring range. Leinster defended the first from a close-in lineout but the latter one – closer to the posts – was turned into the match-winning three points by replacement Hogg.

The visitors were forced to defend for much of the opening quarter and an early setback saw the injured Noel Reid hobble off inside 50 seconds of the kick-off. Madigan came on in his place.

Glasgow quickly got on the front foot with half-backs Henry Pyrgos and Horne pulling the strings behind a well-drilled pack that continually got over the gain-line.

After a Mark Bennett penalty miss, the Scots disrupted a Leinster scrum in midfield and used the turnover to break to the right. Alex Dunbar did the initial damage and although Tommy Seymour was tackled near the right corner flag, he looped a pass back inside for Horne to collect and score.

Pyrgos converted and Gopperth missed an opportunity to respond in the 20th minute, but Glasgow continued to build through the phases and pose a scoring threat.

The hugely influential Strauss was hauled down just short in the 23rd minute before the very next drive resulted in lock Gray reaching over for try number two.

Pyrgos' conversion went wide but he added the extras to Strauss' score on the half hour. Sean Cronin was unfortunate not to turn over Leone Nakawara in the tackle, however Strauss was well placed to gobble up the loose ball and showed impressive strength and pace to shrug off Cian Healy and charge for the whitewash.

Hands in the ruck allowed Madigan to kick Leinster's first points seven minutes before the break. Pyrgos missed a subsequent penalty as Glasgow pushed for a bonus point score with Strauss held up close to the line.

Gregor Townsend's charges continued to look the more likely to score early in the second half, although Gopperth's 51st-minute penalty gave Leinster some much-needed encouragement.

Sean O'Brien and his team-mates had to bide their time for a purple patch and it eventually came in the closing 10 minutes.

Despite the huge defensive workload, Leinster looked the fresher side late on with a number of replacements making key contributions – two of them, McGrath and Denton, scored tries.

Niko Matawalu coughed up a penalty and from the lineout, Kevin McLaughlin's take set the maul in motion with McGrath burrowing over for a well-taken try. Gopperth converted from the left to put his side within touching distance at last.

The travelling support had a second try to celebrate soon after as the Glasgow lineout malfunctioned five metres from their own whitewash and Denton, standing at the rear, gathered the throw to dive over to the right of the posts.

Gopperth tagged on the two points before Glasgow managed to have the final say, building enough pressure for Leinster to be caught offside as the host tried to line up a drop goal attempt and Hogg settled the issue with the last kick of the night. 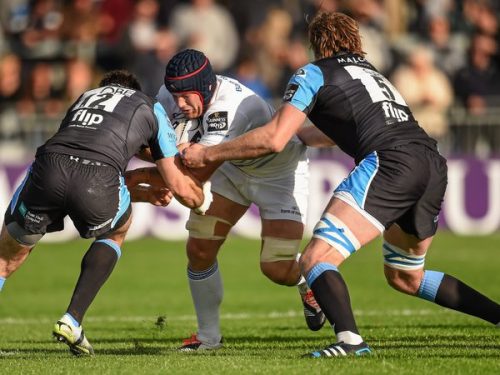