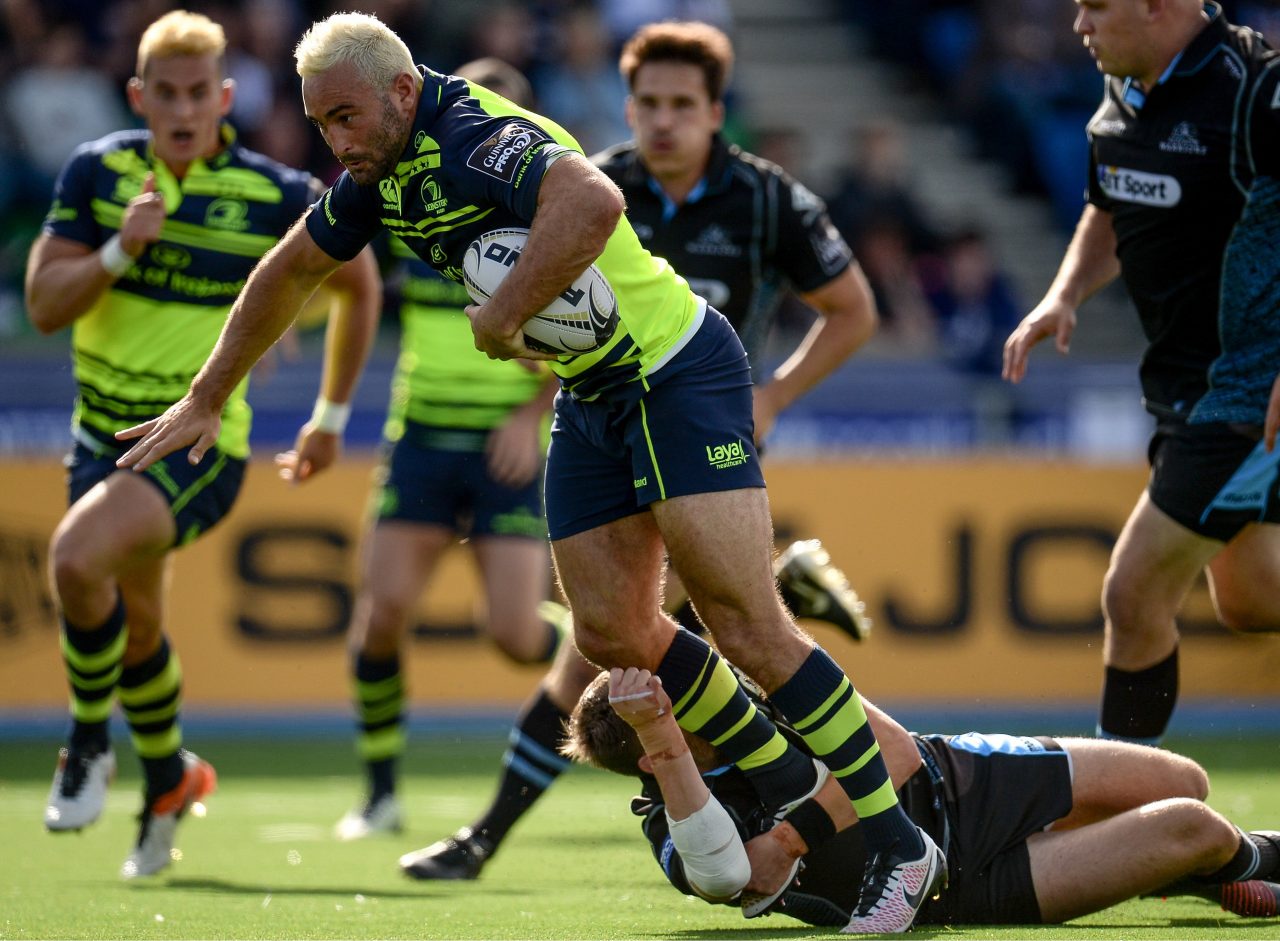 Leo Cullen’s men were left to rue a couple of sloppy tries that saw Glasgow seize control, as Tommy Seymour ran in an intercept effort in the 53rd minute and then took advantage of a missed tackle to complete his hat-trick just two minutes later.

The Warriors, who had suddenly turned a 22-12 deficit into a 26-22 lead, took the losing bonus point of Leinster’s grasp with a final score from the in-form Seymour seven minutes from time.

It was the visitors who were clinical towards the end of the first half, scoring 12 unanswered points while Glasgow winger Leonardo Sarto was in the sin-bin. Josh van der Flier and Zane Kirchner both crossed, adding to an earlier Rob Kearney try, as the Warriors were left trailing 19-12.

Joey Carbery, whose cross-field kick set up Kirchner on the stroke of half-time, added a penalty before Sarto’s return. The young out-half went on to land a second three-pointer – cutting the gap to 26-25 – but man-of-the-match Seymour had the final say in this end-to-end GUINNESS PRO12 encounter.

Henry Pyrgos, the Glasgow co-captain, pushed an early penalty wide from the 10-metre line in sunny conditions, before Cian Healy and Dan Leavy managed to punch some holes in the home defence.

Jordi Murphy could not link up with Rob Kearney after Carbery’s delayed pass had released the number 8 into the Glasgow 22, but it was the Scots who hit the front on the quarter hour.

Sarto and Pyrgos gained momentum down the right before play was moved to the opposite wing where a peach of a pass from centre Sam Johnson sent Scotland international Seymour over in the corner.

Turning down a kickable penalty, Leinster crossed the try-line on the 20-minute mark via a well-executed maul, however hooker James Tracy was denied by a foot in touch.

Cullen’s charges were level, though, within six minutes, Murphy taking another great line off a Carbery pass and full-back Kearney slipped out of a tackle and stretched over to score in the left corner. Carbery’s beautifully curling conversion gave Leinster a brief lead.

Glasgow hammered their way downfield almost immediately, going through the phases before second row Tim Swinson – supported by Simone Favaro – barged in under the posts with Pyrgos adding the simple conversion.

Leinster enjoyed a real purple patch approaching the interval, with Healy, Tracy and Ross Molony all carrying strongly. Glasgow failed to concede initially after Sarto’s sin-binning for offside near his try-line, but van der Flier managed to burst clean through from a ruck for a timely 37th minute score, converted by Carbery.

The Clontarf clubman increased his influence with an excellently weighted cross-field kick that bounced up for Springbok Kirchner, who started in place of the injured Fergus McFadden (quad), to dive over in the right corner.

A crisply-struck Carbery penalty made it 22-12 early in the second period, rewarding Leavy for some fine work at the breakdown. Leinster’s defence was on top before a soft try from Seymour, who intercepted a midfield pass from Carbery, got the Warriors back on track.

Pyrgos converted and also added the extras to the left winger’s third touchdown, another turnover proving costly for Leinster as Seymour broke free from Mike McCarthy and the back-line chasers to zoom in under the posts. However, a high tackle on Garry Ringrose was missed by the match officials in the build-up.

A Leavy-inspired spell of carrying brought Leinster back into scoring range, entering the final quarter, and Carbery mopped up with three points to make it a one-point game.

Back came Glasgow, with Dave Kearney and Jamison Gibson Park needing to hold up Alex Dunbar at the end of a threatening attack sparked by Stuart Hogg. The latter was off target with a monster penalty attempt, with 12 minutes left on the clock.

Leinster deserved to take something from what was an absorbing clash, but their defence gave way again when Pyrgos’ inviting pass off a scrum in the 22 saw Seymour blast through to score by the posts. Pyrgos’ conversion widened the margin to eight points and the province failed to muster a response. 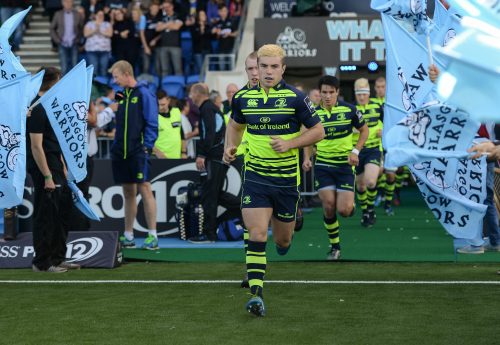 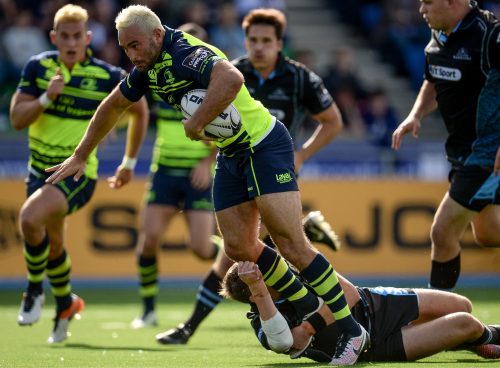 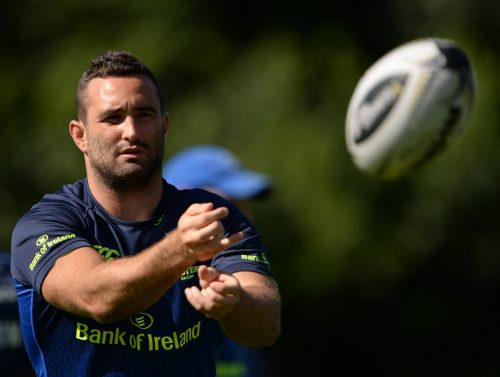 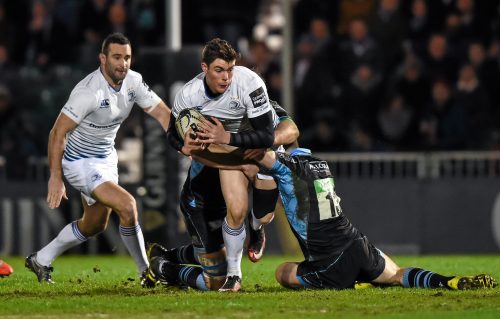 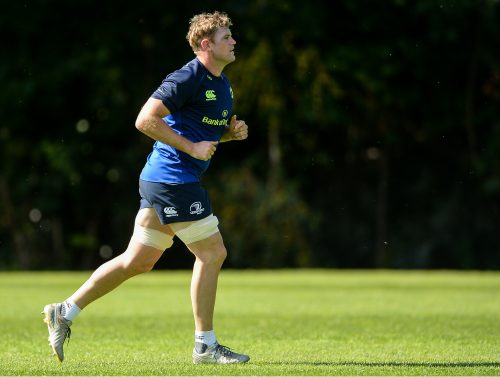 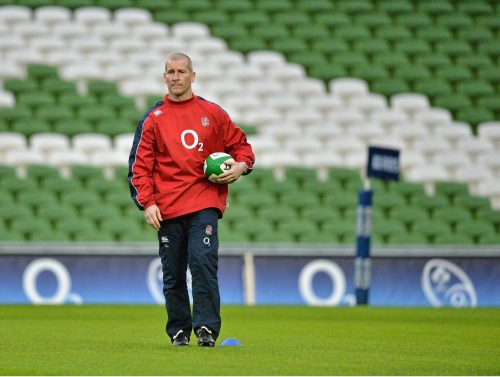