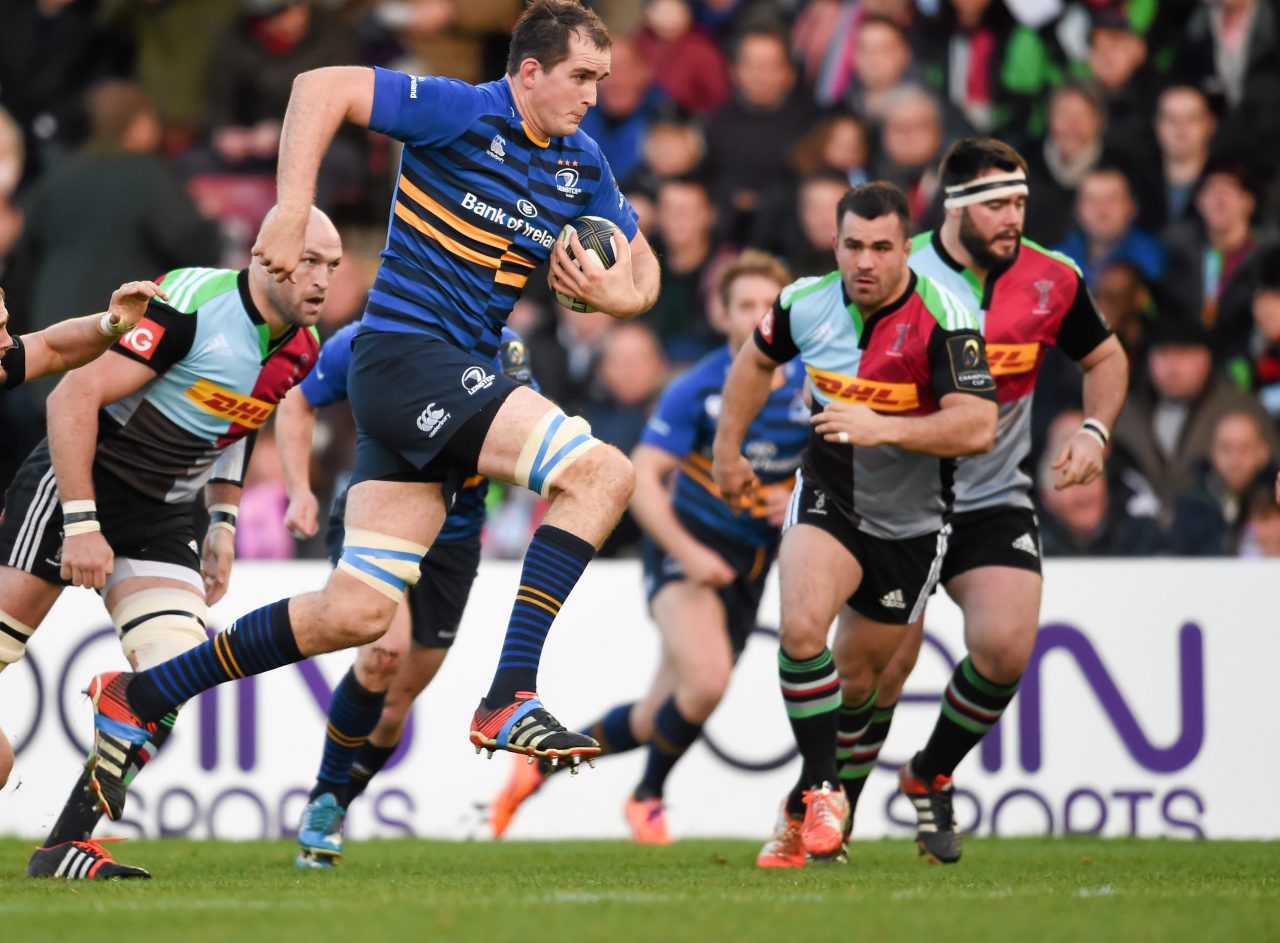 Second half tries from man-of-the-match Nick Easter and Asaeli Tikoirotuma saw Harlequins open up a 21-12 lead and that proved to be enough, albeit with Ian Madigan's six-penalty haul securing a losing bonus point for Leinster.

Madigan had the gap down to three points in the 69th minute, but an opportunist drop goal from Danny Care sealed the result for Conor O'Shea's industrious side.

The teams were locked level at 9-all after a tryless and tightly-contested opening 40 minutes, before 'Quins gained the upper hand thanks to Easter's well-finished effort in the 53rd minute and winger Tikoirotuma's intercept score just five minutes later.

The result leaves Leinster sitting second in the Pool 2 table, three points behind 'Quins, ahead of next Saturday's mouth-watering rematch at the Aviva Stadium.

Speaking afterwards, Leinster head coach Matt O'Connor said: ‘It's disappointing. Full credit to ‘Quins, I thought they played very, very well. We were a bit off in the first half. I thought we fought our way back into it quite well, and then the intercept was instrumental. It was a bit too big of a hill to climb.

‘I wouldn't say it was decision-making…I thought our execution was off in the first half. We had opportunities to build pressure and we didn't look after the ball.

‘They slowed our release and we made errors which meant we didn't put them under enough pressure in the first half. We were not unhappy at half-time, but it got away from us when they got the intercept.’

The Blues gained some early momentum at the Stoop, Devin Toner galloping into the hosts’ 22 and Madigan slotted an opening third-minute penalty between the posts.

Isaac Boss had to briefly replace Eoin Reddan and a loose kick from the replacement scrum half was fetched by ‘Quins, who won a penalty from their former prop Mike Ross. Evans took the three points on offer.

Leinster coughed up two scrum penalties and then a loose lineout gave Swiel, who came on at out-half for the injured Evans, his first shot at the posts but he pushed his kick to the right and wide.

He made no mistake with a second effort closer in, but a half-break from Jack McGrath and some neat interplay between the lively Jimmy Gopperth and Luke Fitzgerald got Leinster back into scoring range. Madigan duly punished Joe Marler for going off his feet, equalising at 6-all in the 25th minute.

Gopperth dropped a long range penalty attempt short following an improved Leinster scrum on the half hour mark, before Swiel edged the Englishmen in front with his second successful penalty from close range.

Sean Cronin fumbled a pass from Gopperth whose brilliant blindside break had launched Leinster forward. Just moments later, they came again from a well-constructed maul which earned them the final three-pointer of the first half, a curling right-sided kick from Madigan.

‘Quins failed to prosper from a spritely start to the second period with Leinster defending well, and another ground-gaining maul gave Madigan the opportunity to kick the Blues back in front at 12-9.

O’Shea’s charges hit back strongly, though, working some space on the left. The initial maul was disrupted by Leinster but possession was moved out to the right and after some good recycling, number 8 Easter twisted over to score the game’s first try.

Swiel’s conversion from the right made it 16-12 and although Darragh Fanning threatened from a Rob Kearney kick that stood up invitingly, the Leinster full-back soon erred when his pass near the right touchline was picked off by Tikoirotuma who raced away from his 22 to grab a real sucker-punch try.

The conversion was missed and Leinster carried strongly over the next few minutes with Cronin, Rhys Ruddock and replacements Jack Conan and Kane Douglas all making their presence felt. A good spell yielded Madigan’s fifth successful penalty.

The maul provided the platform once more, the visiting pack forcing the issue before Madigan reduced the arrears to just three points – 21-18 – with little over 10 minutes remaing.

However, a Douglas lineout infringement crucially allowed 'Quins to get back into the Leinster half, carrying up towards the 22, and scrum half Care's snap drop goal proved to be the clinching score. 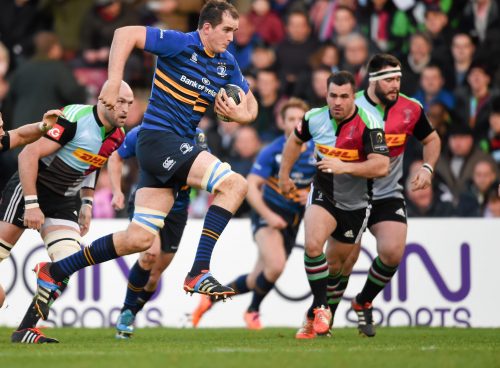