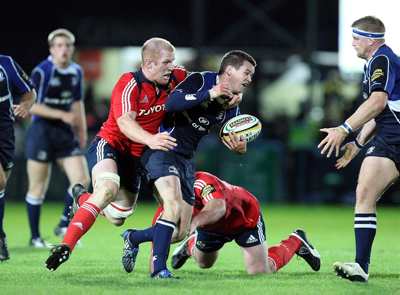 Speaking after the game Leinster Coach Michael Cheika said: “I’m obviously very disappointed and the players are hurting in there. We’ve got to be smarter with the ball and if you give the European champions that many opportunities they will hurt you.

“We’ve got to make sure we come back from this. It’s a hard loss to take.”

The Magners League champions fell to a 18-0 defeat as Munster pushed ahead from a 3-0 half-time lead to score tries through Justin Melck (69 mins) and then Doug Howlett in the closing minutes.

Ronan O’Gara chipped in with two penalties and a conversion.