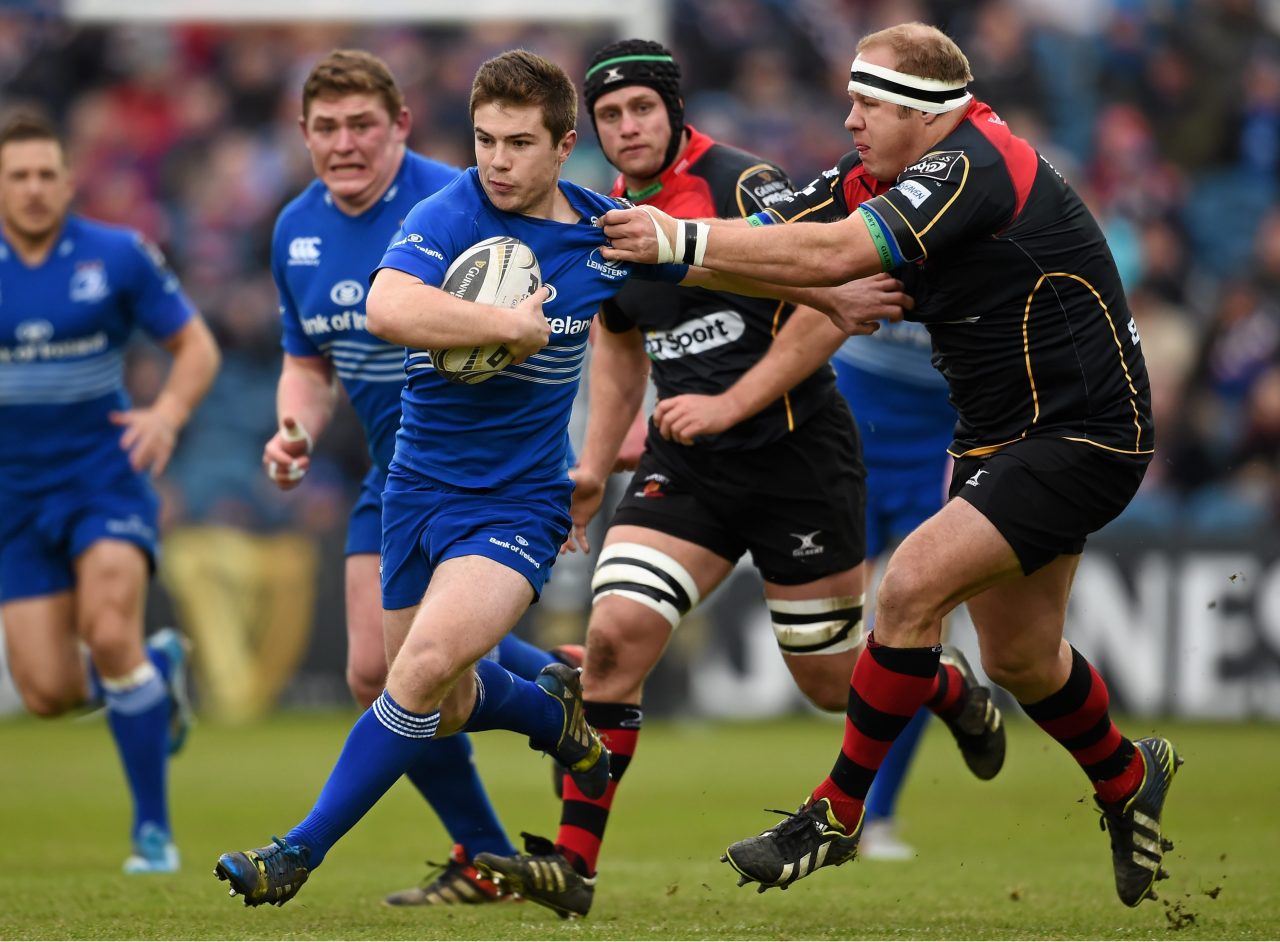 Leinster’s proud run of 21 successive wins at the RDS, stretching back to March 2013, was ended by the Newport Gwent Dragons in the GUINNESS PRO12 this afternoon…

Matt O'Connor's men resumed their PRO12 campaign with a disappointing performance and result as Tom Prydie kicked the visiting Dragons to a famous victory in Dublin.

Prydie converted Pat Leach's 10th-minute try and booted three penalties, including the match winner with 11 minutes left, steering the Dragons to only their second success on Irish soil in 11 years.

The result carries even more merit as the Welsh region had forwards Nick Crosswell and Rhys Thomas sin-binned in the first half. However, Leinster could only score two penalties to trail 10-6 at half-time.

Jimmy Gopperth's third successful strike made it a one-point game, but he was unable to convert Dave Kearney's try in the 66th minute and Prydie had the final say as the defending PRO12 champions drop to fifth place in the table.

The third-from-bottom Dragons took a surprise lead when centre Leach broke through the home defence, via excellent build-up play from Thomas and Dorian Jones, for a converted try.

Minus most of his Six Nations-tied players, Leinster head coach O'Connor was forced into further changes when Noel Reid and Tom Denton went off after a clash of heads, and a third change saw Aaron Dundon come on for Richardt Strauss (head injury) at hooker.

Two Gopperth penalties in the 16th and 30th minutes opened Leinster's account with the home scrum going well, but even with those sin-binnings, the Dragons were proving a tough nut to crack and Prydie split the posts just before the break to give his side a four-point buffer.

Reid's replacement Luke Fitzgerald was denied a try, ten minutes into the second period, following a magnificent run from Ben Te'o. Referee Ben Whitehouse ruled that Fitzgerald had not grounded the ball properly and gave the visitors a five-metre scrum.

The hosts, who had also gone close to scoring from a maul, had to be content with a third Gopperth penalty, before Prydie cancelled it out with another accurate strike at the other end.

O'Connor's side finally made the breakthrough past the hour mark. Te'o was once again the fulcrum of the attack, powering forward and after receiving the centre's neat offload, replacement scrum half John Cooney's well-weighted kick towards the right corner was finished off by onrushing full-back and man-of-the-match Kearney.

Gopperth was off target with the tricky touchline conversion, though, and the determined Dragons quickly retook the lead at 16-14 thanks to a close range Prydie penalty.

That proved to be the game's decisive score as the region held on to win in Ireland for the first time since overcoming Ulster, on the same scoreline, back in September 2008. 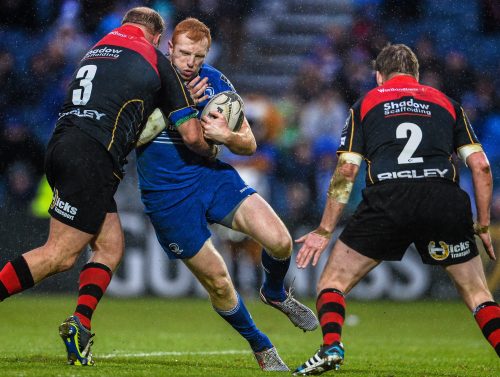 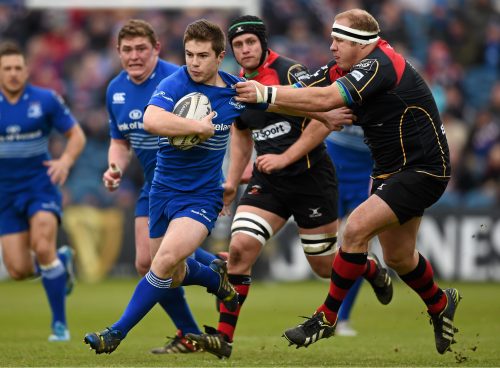 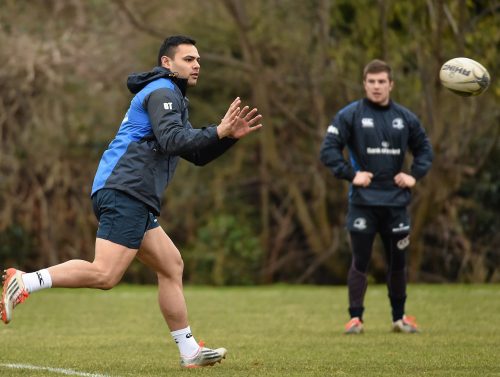 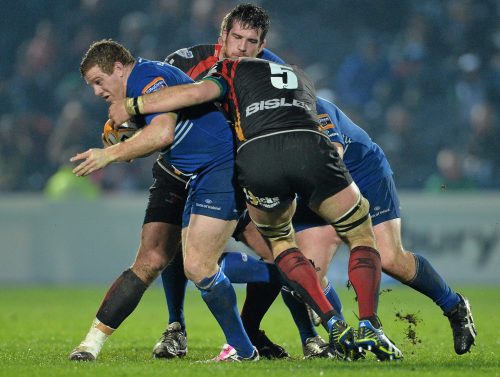 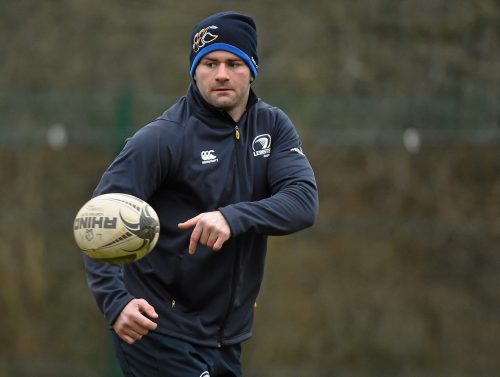 PHOTOS: Squad Prepare To Do Battle With Dragons 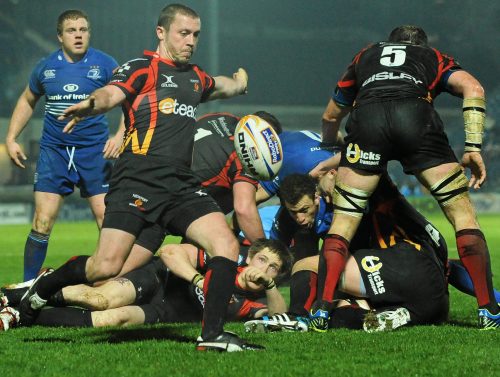 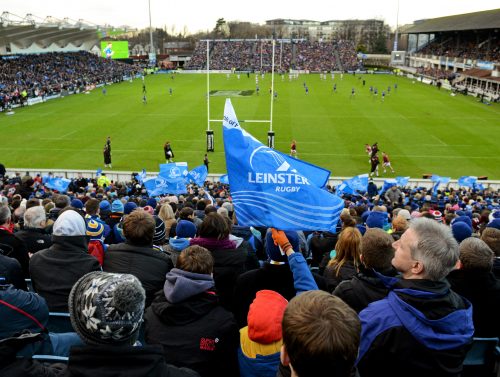 Win Leinster Tickets and an Overnight Stay in Conrad Dublin