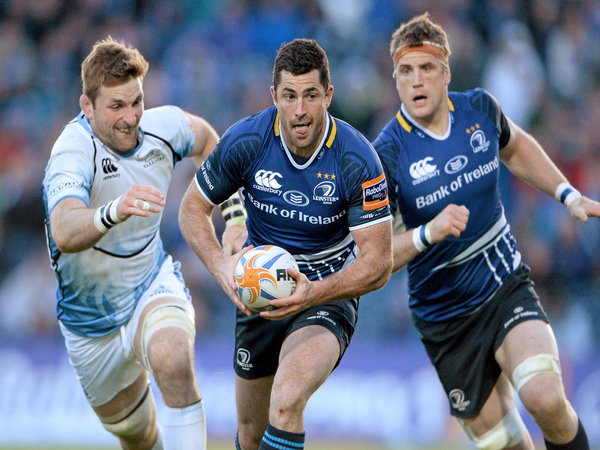 Mark Bennett’s 75th-minute try got the Warriors back within two points of the hosts, but Stuart Hogg missed the difficult right-sided conversion as Leinster hung on to reach their fourth successive league final.

The result sets up an all-Irish decider between Leinster and Ulster at the RDS on Saturday, May 25, in what will be Joe Schmidt’s final match in charge before he takes on the Ireland head coach role.

Schmidt’s charges will not have long to get over their bruising clash with Glasgow, as they entertain Stade Francais at the same venue in next Friday’s Amlin Challenge Cup final.

The province’s enviable record in knockout fare – this was their seventh straight semi-final win in all competitions – helped them overcome a Glasgow side that has been consistently knocking on the door in recent seasons.

Their free-flowing approach under Gregor Townsend was evident in the first half as Niko Matawalu’s opportunist try helped them go 10-3 in front.

But a try from man-of-the-match Jamie Heaslip and two Jonathan Sexton penalties, the second after Matawalu was yellow carded, edged Leinster in front for half-time.

Although two more Sexton penalties put Schmidt’s side 17-10 ahead, Glasgow were far from finished and Bennett’s score made for a frantic finale which just went Leinster’s way.

The wind-backed Warriors got on the front foot early on, Peter Horne’s surprise selection at out-half almost paying dividends as his deft pass put DTH van der Merwe charging towards the line.

Glasgow captain Al Kellock also went close to crossing the whitewash, with the Scots showing the sort of form that saw them run in 66 tries during the league phase.

Although Sexton snatched at a tenth minute penalty which flew past the left hand post, Leinster were beginning to find holes in the visitors’ defence themselves with Richardt Strauss and Kevin McLaughlin carrying strongly.

Sexton made no mistake with his second penalty opportunity two minutes later, but the withdrawal of Brian O’Driscoll, who picked up a knock, seemed to unsettle Leinster briefly.

Glasgow punched their way forward with a series of blockbusting carries following an Alex Dunbar poach, and the ever-alert Matawalu picked and scored from a ruck under the shadow of the posts.

Hogg added the simple conversion and the Warriors were inches away from a second try soon after, prop Ryan Grant hurtling onto a Matawalu feed – only for Rob Kearney and Fergus McFadden to hold him up.

Hogg did manage to punish Devin Toner for a lineout infringement with a 25th minute penalty, nudging the Scots into a 10-3 lead.

However, Leinster fired back two minutes later when number 8 Heaslip broke away from a maul and touched down despite the combined efforts of Matawalu and Sean Maitland.

Sexton’s difficult conversion effort just missed the right hand post, yet the Ireland international was back on target with his second successful penalty for an 11-10 scoreline on the half hour mark.

That came after another powerful break from flanker McLaughlin and in the ensuing phase, Fijian Matawalu was caught offside and paid the price as he went to the sin-bin.

But Sexton’s penalty was the only score Leinster could muster before the influential Glasgow scrum half returned for the start of the second period.

Kearney and Hogg, rivals for the Lions number 15 jersey in Australia this summer, showed their ability in attack with a couple of weaving runs.

In a breathless passage of play, Kearney and Cian Healy picked off two crucial turnovers with the former muscling fellow Lion Maitland off the ball out wide.

The Warriors continued to break from deep and show admirable ambition in attack, with Matawalu as ever in the thick of it.

The nerves among the home fans lessened somewhat in the final quarter when Sexton converted two of three quick-fire penalty attempts, the last of them a huge strike after a Glasgow scrum offence.

But Glasgow kept plugging away and with replacement Ruaridh Jackson lively in a series of late surges, Ryan Wilson’s fine offload out of a tackle put another replacement Bennett over to the right of the posts.

Handed a chance to draw his side level, Hogg flashed the conversion to the right and wide and Heaslip and company grinded out another tight win over the valiant Warriors, who were four-point losers here in last year’s play-offs. 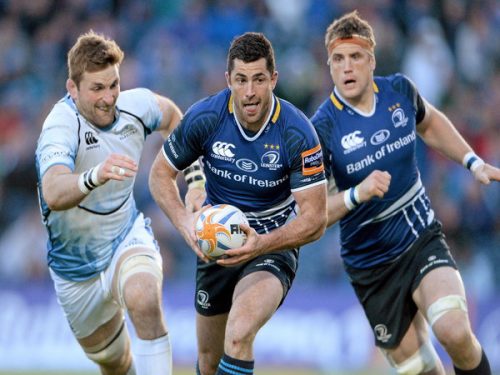