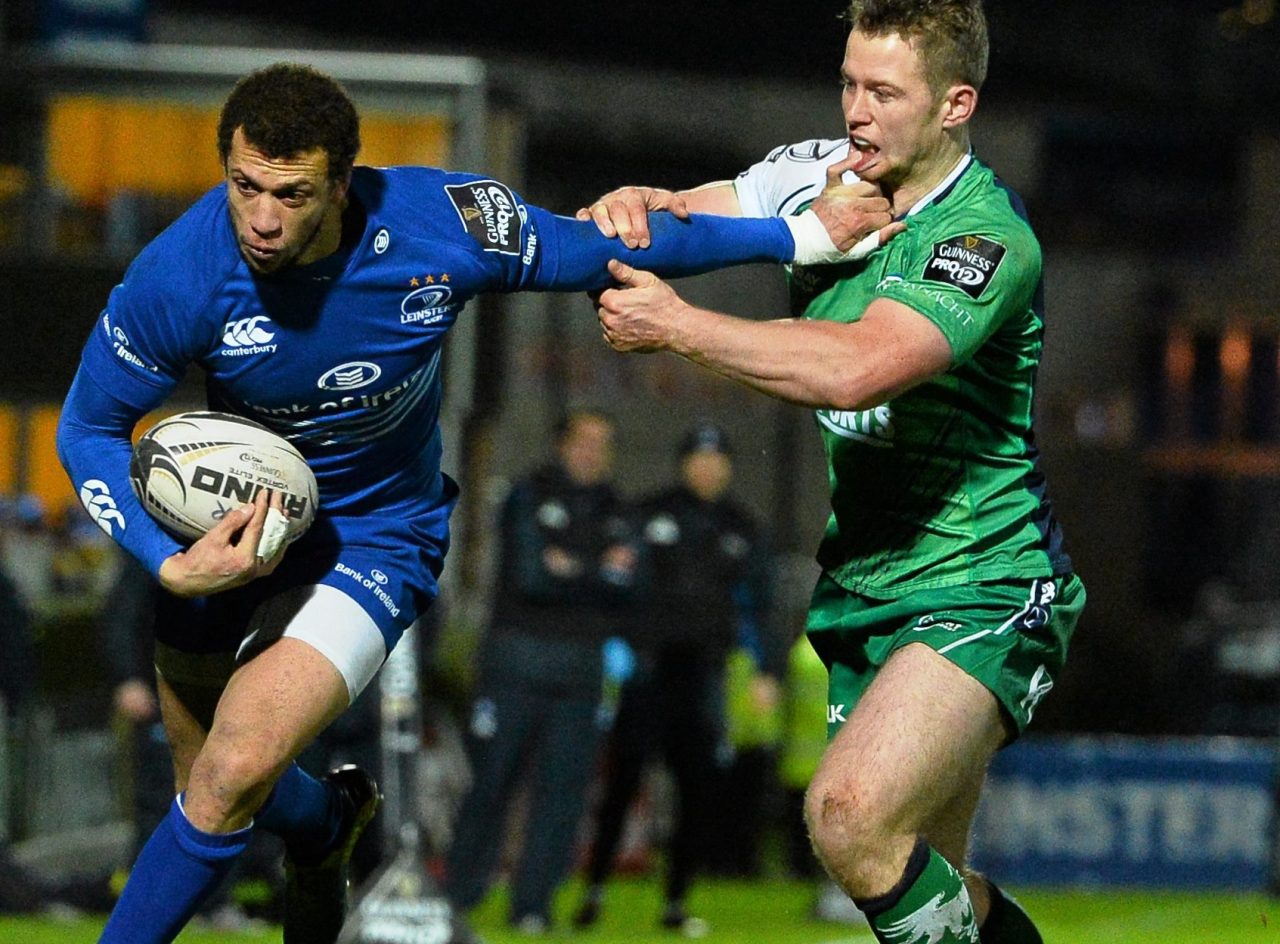 Matt Healy attempted to keep Jimmy Gopperth's touch-finding kick in play and Zane Kirchner swooped on the loose ball to finish expertly past the covering Darragh Leader and Caolin Blade, as Leinster avenged their narrow September loss in Galway.

Shane Jennings' early touchdown from a lineout maul was just reward for an excellent opening from Leinster, who profited from the ninth-minute sin-binning of Connacht lock Aly Muldowney.

Gopperth added a penalty but Connacht, who had the wind behind them in the first half, reduced the arrears to 8-6 by the break thanks to two Jack Carty penalties.

Two more place-kicks from Gopperth widened the margin to eight points until Connacht hit back with seven minutes left when George Naoupu drove over with Devin Toner in the sin-bin.

The visitors' only try went unconverted and South African Kirchner made his own good luck to put the result beyond doubt, with Gopperth clinically adding the conversion from wide on the right.

Speaking afterwards, man-of-the-match Noel Reid said: ‘It was good to get a good run. The (ankle) injury at the start of the season kind of slowed me down a bit and it's only the last few weeks I've been feeling 100%, so it was good to get 70 or so minutes under my belt in the RDS.

‘The team played pretty well and I chipped in, so I was happy with the performance. I think we focused on our ruck. Ruck leads to how we're going to play, so it's pretty tough to play with the ball when it's really slow ruck.

‘There are teams slowing it down, so in training all season we've been focused on our rucking, our barrels, getting rid of the bodies early so we can go.

‘Tonight it was a bit quicker than it has been all season. The backs got a bit more ball and we were able to have a few one-on-ones with the Connacht lads.’

The home side made the early running in blustery conditions and Robbie Henshaw had to react smartly to bring down Luke Fitzgerald near the right corner.

The pressure increased on Connacht after Muldowney saw yellow for taking out a support player at a lineout in their 22. Having turned down three kickable penalties, Leinster opened the scoring in the 12th minute as fit-again flanker Jennings piled over on the end of an advancing maul. Gopperth missed the left-sided conversion.

A very high penalty count – seven to one – was taking its toll on the overworked westerners and out-half Gopperth then nailed a close-in penalty before Muldowney's return.

Strong running from Henshaw and Healy sparked a furious spell of Connacht attacking, but Carty clipped a penalty wide from the left and a jinking run from Reid had Leinster firing again.

Although the wind affected Connacht's passing at times, better continuity set up Carty for his first successful kick on the half hour following a late tackle by Jamie Heaslip.

As the visitors made further headway, TMO Marshall Kilgore ruled that Danie Poolman's right foot was in touch as he attempted to ground Carty's cross-field kick in the right corner.

However, hands in the ruck saw Leinster prop Tadhg Furlong binned and Carty closed the gap to two points with the final kick of the half.

The defending league champions answered back on the restart with a long range Gopperth effort, and some nice touches from centres Fitzgerald and Reid kept Connacht pinned back in their own half.

A deliberate knock-on by Willie Faloon allowed Gopperth to open up a 14-6 scoreline. Connacht were full of endeavour but were often caught static in possession and hammered in the tackle by a fired-up Leinster.

Kane Douglas led Leinster's physical resistance and with their territorial dominance regained, Kieran Marmion had to be quick to deny Isaac Boss a close range try.

But Connacht built momentum off Leinster penalties, with Toner sin-binned for side-entry at a maul close to his line. From the resulting lineout and drive, number 8 Naoupu crashed over to give the visitors renewed hope.

Carty missed a very difficult conversion into the wind, though, and Kirchner had the final say as Matt O'Connor's men climbed temporarily into second spot in the PRO12 table. 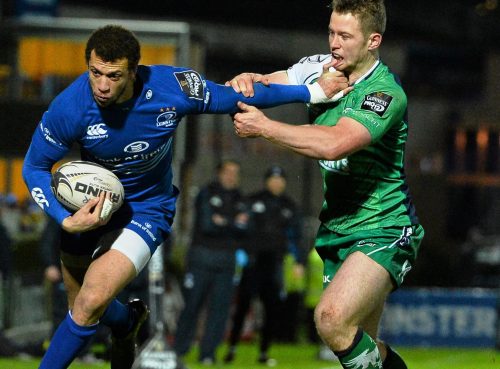