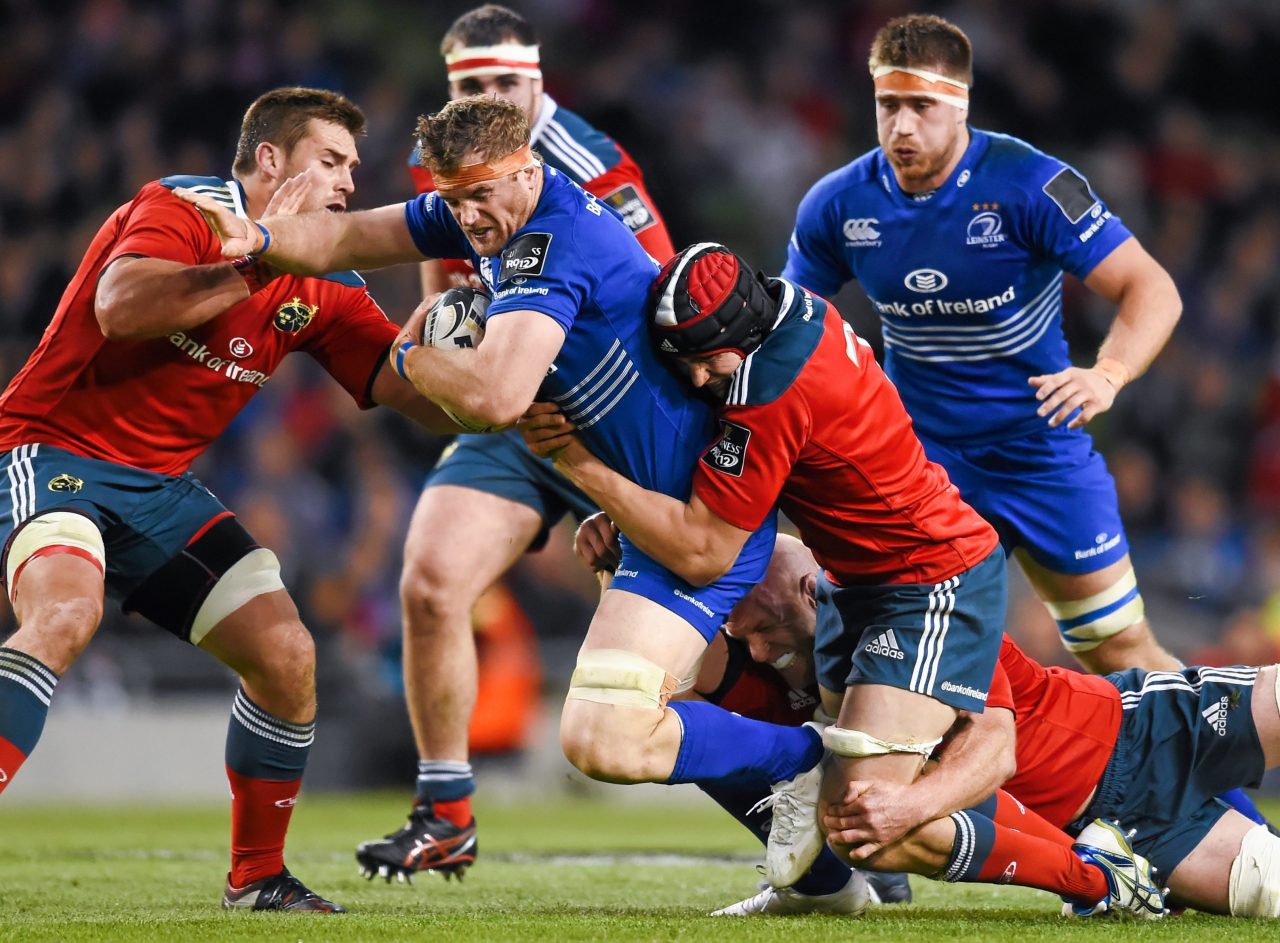 Matt O'Connor's men fought valiantly as they tried to overturn a 28-9 half-time deficit and a try from Darragh Fanning, which was quickly followed by a penalty try, reduced the arrears to 31-23.

But that was as close as Leinster got in the closing stages as Munster, despite losing four players to the sin-bin, stood firm to win their first interprovincial clash in Dublin since their September 2008 visit to the RDS.

O’Connor was forced into a couple of late changes, with Jack McGrath (calf) and Rob Kearney (back) making way for Michael Bent and Brendan Macken respectively. Ian Madigan moved to full-back in place of the benched Kearney whose late withdrawal was due to tightness in his back.

Further injuries to Fergus McFadden and props Mike Ross and Tadhg Furlong stretched the Leinster squad and hampered their hopes of overhauling the Reds in front of a 43,817-strong crowd.

Munster prop James Cronin brought the first scrum down, allowing Madigan to clip over the opening points from the left. However, Dominic Ryan gave away a cheap penalty which saw Ian Keatley level from 42 metres out.

Ross got the edge on Cronin again in a scrum, setting up Madigan’s second penalty – this time from a more central position – before Anthony Foley's side built some momentum at the other end.

Conor Murray was held up by Eoin Reddan after a rousing set of phases from Paul O'Connell and company. Keatley notched an equalising penalty in the 16th minute.

Even better followed for the visitors when Andrew Conway wrestled possession back for them, Denis Hurley punched it up in midfield and the covering defence was unable to prevent prop Cronin from stretching over for a try.

Keatley missed the conversion but was successful with a penalty as Munster turned the screw in the scrum. They also realigned well to recover from a Jimmy Gopperth midfield break.

However, the Leinster defence was coming under sustained pressure from Munster's 'pick and drive' game and number 8 Robin Copeland crowned his first interprovincial appearance with a seven-pointer under the posts.

A long lineout throw over the back to Devin Toner led to a Madigan penalty approaching half-time, but Leinster were stung by a Keatley try which saw him intercept Gopperth's attempted inside pass and race away from just inside the Munster half.

Keatley miscued a long range penalty on the resumption and the visiting pack were soon held up over the Leinster line as they hunted for the bonus point score.

Hooker Sean Cronin led the Leinster response with some lung-bursting carries – the most promising of which was spoiled by a knock-on out wide on the right.

Amid a scrappy spell, the penalties began to stack up against Munster and referee Ian Davies lost his patience as Damien Varley was sin-binned for a cynical offside.

Fellow replacement front rower BJ Botha followed him off the pitch just two minutes later, having infringed at a midfield ruck, and suddenly Leinster had a 15-versus-13 advantage.

The hosts kicked for the corner and winger Fanning burst onto Gopperth’s inviting short pass, with his diagonal run taking him away from Simon Zebo to score by the posts. Madigan converted for 28-16.

A Keatley three-pointer kept Munster on course, though, with their fit-again captain Peter O’Mahony now on the pitch.

Shortly after Varley’s return, lock David Foley was shown yellow for collapsing a Leinster maul as it powered towards the try-line, and the resulting penalty try was converted by Madigan.

Munster showed their mettle by setting up replacement JJ Hanrahan for what proved to be the clinching penalty and despite losing man-of-the-match Murray to a late yellow card, they defended manfully to deny Leinster a losing bonus point. 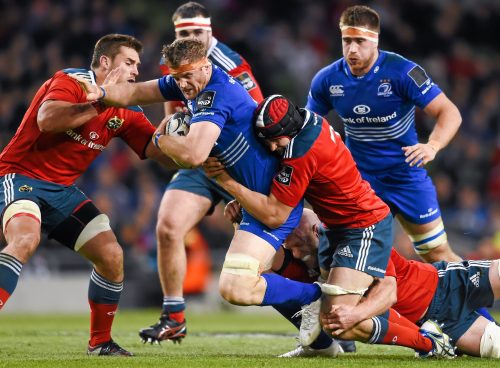