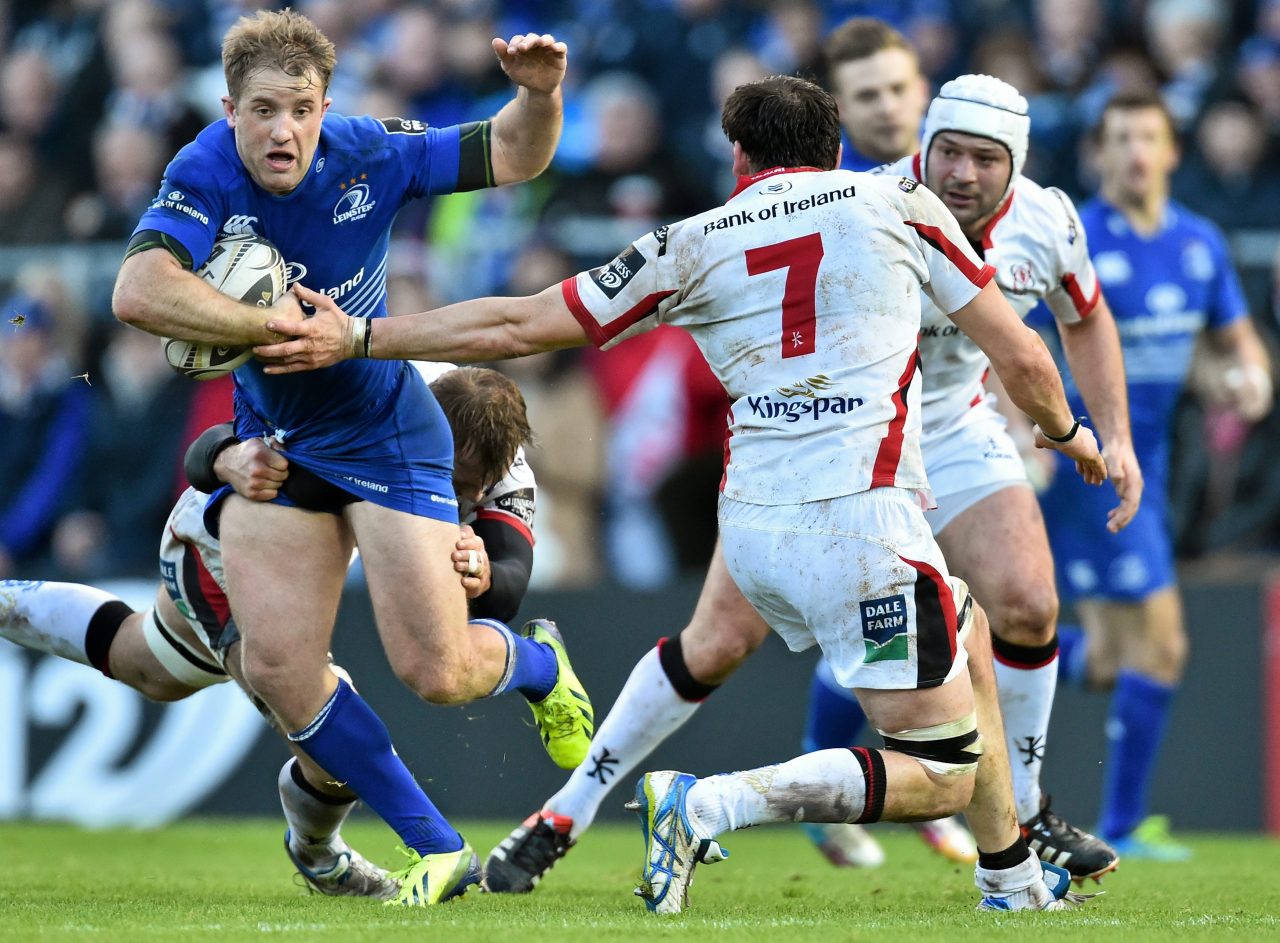 Ian Madigan did all the scoring for Matt O'Connor's men – scoring a try, conversion and four penalties – until flanker Jack Conan, who shone in a young back row combination, crossed in the final minute to round off a very satisfying result.

Despite being on the back foot for much of the first half, Leinster led 9-6 at the break thanks to three Madigan penalties – the last of them coming after a yellow card for Ulster's Dan Tuohy.

The Ulstermen should have been in front at that stage, especially given the injury-enforced departure of Leinster captain Jamie Heaslip (shoulder) and some passive home defending. Two penalties from the fit-again Ruan Pienaar had given them an early lead.

Leinster set the tone for a much improved second half performance when Madigan grabbed an opportunist 42nd minute try. It was cancelled out by Wiehahn Herbst's first touchdown in Ulster colours, but O'Connor's charges went on to dominate the closing quarter.

‘We put Ulster under pressure in the first half and we felt hey were killing the ball and we had some cheap turnovers. But we started the second half well with their man in the bin and Ian Madigan took his try well. We didn't manage the game and they scored what seemed like a dubious try to me.

‘We needed to push on when Dan Tuohy was in the bin. But the lads battled back well. We're getting closer and closer and Jack Conan really deserved his try.

‘He's worked really hard and he deserves his place in he team. He's really diligent and he has had a taste of it in the first team now and it's about pushing on to another level.’

Asked about the back row injuries, he admitted: ‘Jamie got a bang on his shoulder, but played on for a bit. He will get assessed, it doesn't look too bad. Shane felt a bit tight and when he was running around, he felt his hamstring was a bit tight.’

Leinster enjoyed some attacking phases before Tuohy's bone-crunching tackle on Jack McGrath and follow-up by Darren Cave saw Pienaar go for goal from his own half. His well-struck kick came back off the crossbar.

The South African made amends two minutes later, splitting the posts from just inside the Leinster half, before Madigan responded in the 21st minute following a weaving run from Luke Fitzgerald, who put in a superb shift at outside centre.

Ulster fired back with some potent midfield play as Paddy Jackson and Stuart Olding grew in influence. Leinster were pinged for not rolling away and Pienaar restored his side's three-point advantage.

With a hamstring tweak forcing Shane Jennings' late withdrawal before kick-off, Leinster suffered a second back row setback with the very rare sight of Heaslip going off injured.

Madigan lifted Leinster spirits with a levelling penalty past the half hour mark, the dancing feet of Fitzgerald again outfoxing the Ulster defence initially.

But Leinster enjoyed some welcome territory approaching half-time, with the penalties beginning to stack up against the visitors. Tuohy needlessly dived in off his feet to take out scrum half Isaac Boss and following the Ulster lock's sin-binning, Madigan converted from in front of the posts.

A left wing raid by Madigan and Jordi Murphy, in addition to a strong Zane Kirchner carry near the posts, had 14-man Ulster under immediate pressure in the second period. Crucially, they switched off at a five-metre penalty. Madigan feigned a kick to touch, instead tapping it and rolling out of a Callum Black tackle to touch down.

Pienaar was unable to convert at 16-11 and after Devin Toner went close during a power-packed spell of carrying, Madigan's reliable right boot put eight points between these sides.

Pienaar was wide and short with a left-sided penalty entering the final quarter, and Ulster's challenge gradually petered out. Leinster duly closed out their fifth successive victory over their provincial rivals with a try from Conan, who burst on to Luke McGrath's short pass to go over in the left corner. 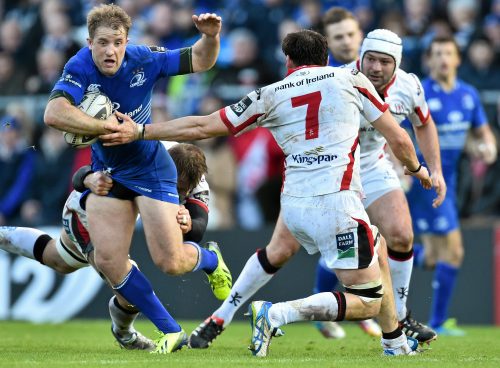