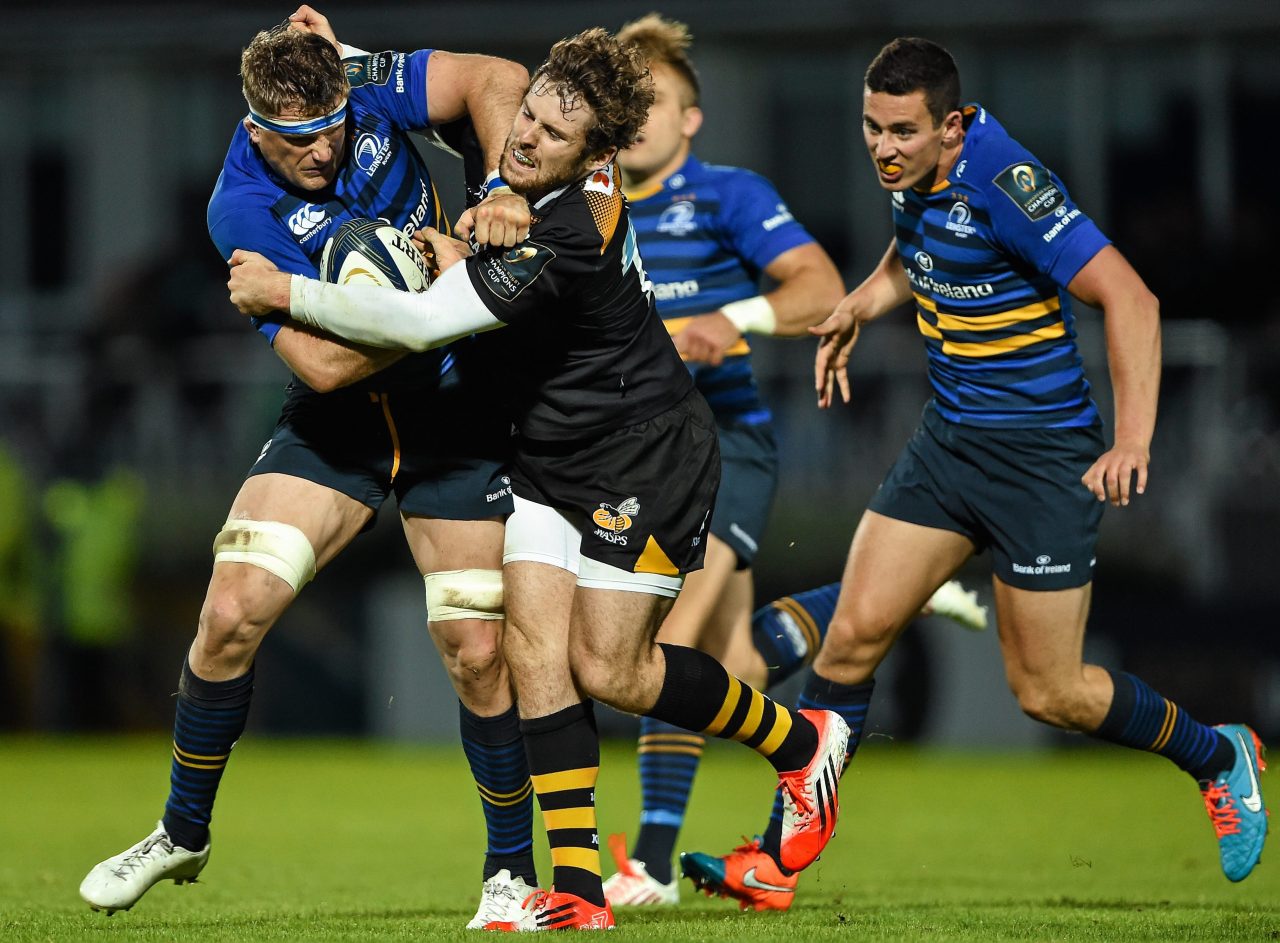 Alapati Leiua's 23rd-minute intercept try was added to by a cracking Christian Wade score as wind-backed Wasps built a 20-11 half-time buffer at the RDS.

Two penalties from Ian Madigan, coupled with a try from winger Darragh Fanning, kept Leinster in touch and they went up through the gears with third quarter scores from Fanning and Dominic Ryan.

However, Wasps' scramble defence earned them a losing bonus point as they kept Matt O'Connor's men at bay in the closing stages.

Speaking afterwards, Leinster head coach O'Connor said: ‘The reality is you've got to win. If you are good enough to get a (bonus) point, we would have taken that, but (it's) pleasing to get the result.

‘It's got to be good when it is a five-point game. They are a dangerous side, we knew their threats (and) apart from the two soft ones in the first half I thought we defended pretty well.

‘It was a tough game of footy. There are blokes coming in and out of that group who probably haven't had the luxury of building the combinations as strongly as we would have liked due to a number of reasons.

‘We are down a few combinations and that leads to errors but the resolve in the group was really positive. The bench were great for us. I think they added a lot and it was a pleasing result.’

In their first European outing since Brian O'Driscoll's retirement, injury-hit Leinster were without 10 players who lined out in last April's Heineken Cup quarter-final against Toulon.

The hosts settled quickly, though, winning a scrum penalty and carrying forcefully in the 22 with Rhys Ruddock leading the charge. A close-in penalty was tapped over by Madigan.

But Wasps, who had lost captain James Haskell to illness, were not long in replying. Ashley Johnson used an overthrown Leinster lineout to cause concern in the home defence and Andy Goode's 12th-minute penalty levelled matters.

Rampaging runs from Ruddock and Nathan Hughes lifted the tempo at the end of a tight first quarter, although a ruck offence by the former allowed Goode to make it 6-3.

It got even better for the visitors when Noel Reid's attempted pass to Fanning was juggled and gathered by Leiua – just outside the Wasps 22 – and the Samoan centre had the gas to run over unopposed.

Madigan's missed conversion left a five-point gap and despite failing to capitalise on breaks by replacement Rob Miller and Elliot Daly, Wasps added to their lead before the break.

It was a Christian Wade 'special' as the fleet-footed winger whizzed by Madigan on the outside, evaded Fanning's attempted tap tackle and dived over in the right corner past the despairing Zane Kirchner.

However, Goode's terrific touchline conversion was cancelled out by Madigan with the last kick of an entertaining first half.

Turning with the elements behind them, including a fresh rain shower, Leinster had to weather some early pressure before a Devin Toner block launched the blue shirts downfield.

Sean Cronin carried twice to good effect and Heaslip again made crucial yardage before Eoin Reddan released Fanning to go over on the right. Madigan's conversion made it a two-point game.

Goode pushed a right-sided penalty across the posts and Leinster were looking increasingly potent, with hooker Cronin careering through tackles and the hard-earned momentum led to flanker Ryan powering over from a few metres out.

TMO Derek Bevan confirmed the grounding and Madigan added the extras for 25-20, giving the hosts the impetus to push on in the final quarter.

Number 8 Hughes led Wasps' resistance at a scrum close to their own line and while Gordon D'Arcy and Kirchner had a couple of bites at the cherry, the bonus point try eluded the province whose opening win sees them join Harlequins at the top of Pool 2. 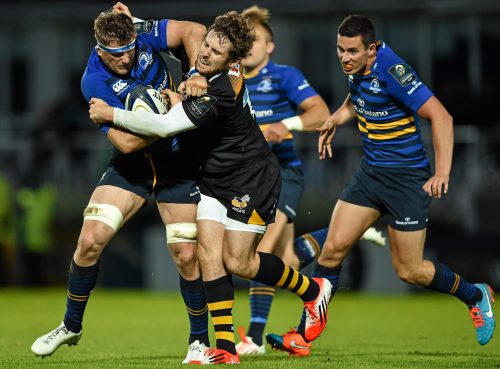