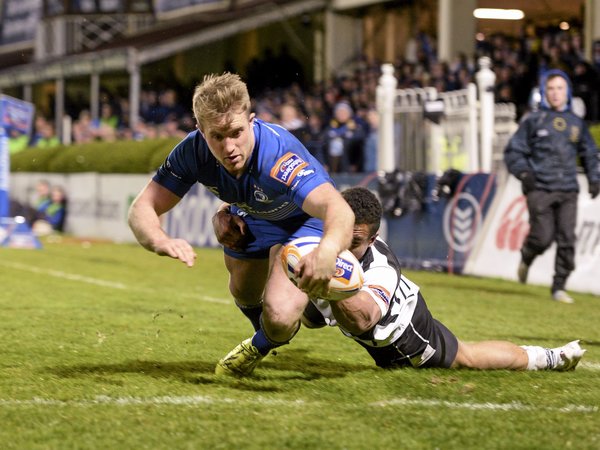 There were five players included from the Ireland squad that claimed the Six Nations title in Paris, Fergus McFadden, Ian Madigan and Jordi Murphy all starting with Martin Moore and Eoin Reddan used off the bench.

In a penalty-ridden first half at the RDS, place-kickers Madigan and Tommaso Iannone missed two shots apiece in a difficult swirling wind.

Centre Noel Reid's fifth try of the league campaign – while Iannone was in the sin-bin – gave Leinster an 8-0 interval lead.

The defending champions pushed for a late bonus point and the tiring Italians conceded a fourth try right at the death, Leinster building from a close-in lineout and flanker Murphy was mauled over.

Speaking after the game, Leinster head coach Matt O'Connor said: "The five points were important. It was very stop-start, we struggled to get momentum at times in the game and there was an interesting interpretation of the scrum.

"We had enough ball, but we didn't get it at the pace that we needed it. We finished strongly though and got the four tries, took the points and nobody was injured, so those are the positives.

"The five points are invaluable and it keeps our noses in front (at the top of the table). It's season-defining stuff in the next few weeks and everyone's very focused on what's ahead."

Leinster were back in action after a three-week break and as Zebre leaked four penalties in the opening seven minutes, only desperate defence kept the hosts scoreless.

They settled for a three-pointer from Madigan with bulldozing runs from Murphy and man-of-the-match Richardt Strauss driving Leinster forward from the restart.

The scrum offered Zebre some reward but Iannone knocked a long range penalty wide. He had another unconvincing strike in the 22nd minute, after a good kick chase from Giulio Toniolatti and a subsequent collapsed maul.

The Italians managed to disrupt the breakdown as Leinster's wait for a first try continued, with Darragh Fanning missing an opportunity to release Reid from a Madigan cross-field kick – it was one of a number of breaks that the province failed to finish off.

The same attack ended with Zebre out-half Iannone being penalised for hands in the ruck and referee Marius Mitrea reached for his yellow card.

After Madigan missed the resulting penalty from the right, the Leinster pack built through the phases and had Zebre under intense pressure in their 22 before Reid stepped inside two defenders to touch down to the left of the posts.

The sloppiness continued from both sides early in the second period, with successive attacks spoiled by loose kicking, dropped passes and a general anxiousness.

Fitzgerald, the game's most dangerous runner, had precious few chances to threaten but he was fed by replacement Eoin Reddan to dive over in the left corner following a powerful lineout maul.

Madigan, celebrating his 25th birthday and his 100th Leinster cap, nailed a terrific conversion from the touchline and the home side quickly added their third try.

Reddan supplied quick ruck ball and after a wraparound move between Madigan and replacement Shane Jennings, Reid passed for Fitzgerald to go over again in the left corner.

This time Madigan's conversion went narrowly wide and after Zebre failed to capitalise on some pressure, Leinster ended the game in the ascendancy with recent Ireland debutant Murphy grounding a final converted score. 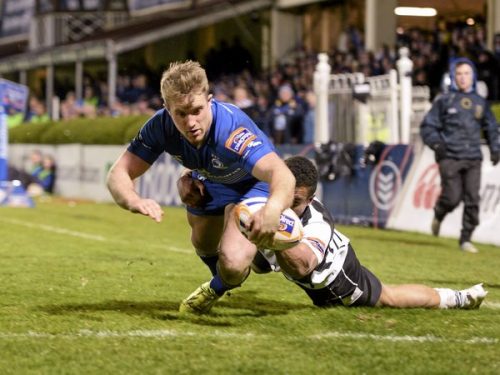