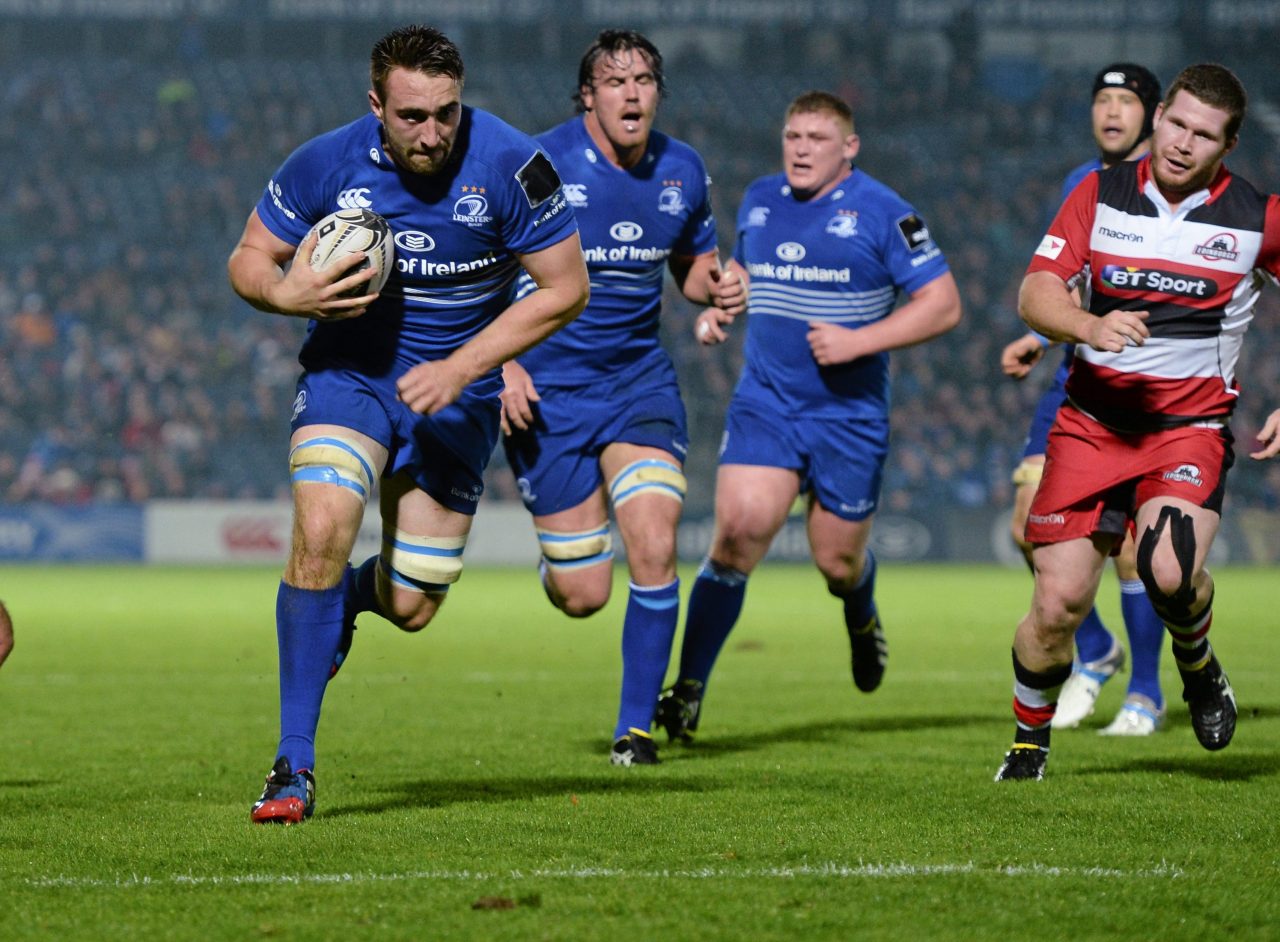 Two tries from back rowers Dominic Ryan and Jack Conan had Leinster 12-0 up in as many minutes, with Tom Heathcote replying with a lone penalty before half-time.

Heathcote had a disappointing night with the boot, though, and man-of-the-match Ryan's 52nd-minute try coupled with a Ben Marshall score put Leinster clear before Tomas Leonardi and Mick McGrath swapped late tries.

The only sour point for the hosts was that centre Ben Te'o's debut only lasted 19 minutes as he suffered a suspected broken arm, while Wallaby lock Kane Douglas was also forced off in the first half.

Speaking afterwards, Dominic Ryan said: ‘We haven't been going as well as we should be in the league so it was important to get a bonus point.

‘I don't know if we actually had a corner to turn but we did have a few things we needed to get right with the few injuries that we had. We have a lot of young guys shifting around the squad and it has taken us a few weeks to gel.

‘At the moment Leinster is where I can show what I can do. It is a platform for me to showcase my ability to Joe (Schmidt). I was happy with my performance tonight but I can't really take credit for my two tries because I was behind a good pack. You get the credit for it but they were really pack tries.

‘In the second half of the first half we might have mentally switched off a bit when we went ahead and that is something that we have to work on.

‘We need to keep our foot on the gas when we're ahead instead of letting teams back into the game. Now that we've ironed out some of the positional issues in the team maybe we can switch to working on the mental approach to situations like that.’

Edinburgh made the trip without 20 players, 18 of whom are out injured at present, and were given little hope of claiming their first victory in Dublin in nine years.

Flanker Ryan sneaked over for the opening try from close range, catching the Edinburgh defence off guard after they had initially done well to halt a third-minute maul.

The Leinster out-half opened his account with a much better conversion of Conan's effort on the right, as the young number 8 shrugged off Leonardi's tackle to coast over.

The injuries kept coming for Edinburgh with prop Allan Fell limping off, but they deservedly got off the mark thanks to Heathcote's 23rd-minute penalty.

The Scots began to get Tim Visser involved as they built through the phases, a snappy break from Sam Hidalgo-Clyne giving them further momentum before Heathcote blundered with a second poor penalty miss.

Leinster pressed for a try just before the interval but prop Tadhg Furlong was stopped short from Luke McGrath's brilliant blind pass.

Fitzgerald ignited the Leinster attack on the resumption by jinking past three Edinburgh players, however both sides were guilty of some aimless play during quite a turgid third quarter.

Leinster lifted the intensity to create a second try for Ryan, a close-in penalty and lineout resulting in the Ireland hopeful crossing for a seven-pointer from a well-executed drive.

The visitors hammered away during a prolonged spell near the Leinster line, but Ryan came up with the turnover after Darragh Fanning had thwarted Edinburgh captain Andries Strauss.

The bonus point arrived for Leinster in the 63rd minute when a quickly-taken lineout saw replacements Isaac Boss and Peter Dooley pile through, and Tom Denton's pass off the deck put his second row partner Marshall over for a converted try.

Edinburgh deserved their 75th minute try as replacements Greig Tonks and George Turner made headway up the right touchline before the latter's pass out of a tackle sent Leonardi clear for the corner.

Leinster made sure they had the final say, Gopperth and Fitzgerald combining to good effect as they sent replacement McGrath over for his second PRO12 try of the season. 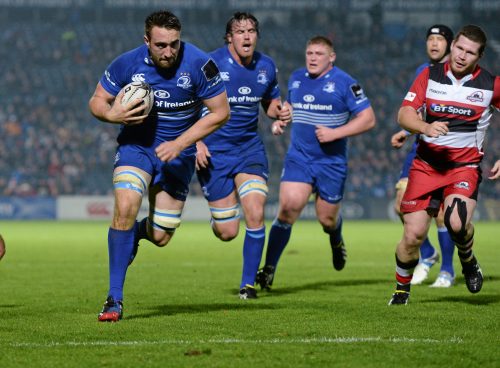