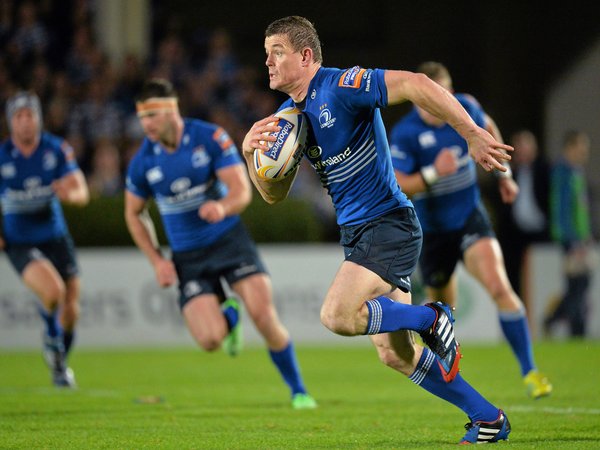 O'Driscoll and Cardiff talisman Sam Warburton made their seasonal bows in this RaboDirect PRO12 clash, and it was a veritable Lions reunion as seven of the 2013 tour squad were involved.

But Matt O'Connor's men made certain of their first home victory of the campaign thanks to further tries from Dominic Ryan and man-of-the-match Madigan who finished with 19 points.

Speaking afterwards, Leinster head coach Matt O'Connor said: "We're happy to get back to winning ways and secure the bonus point. I felt it was the best brand of rugby we've played so far this year.

"The Scarlets game was satisfying and elements of the draw with the Ospreys were satisfying, but to play the way we played (tonight)…I was disappointed with the first half in the sense that we left three or four tries out there and left Cardiff in the contest.

"We knew it was a tough start to the year (fixtures-wise), we've played some tough sides and been on the road. We're pretty happy with where we are in the league, knowing we have Munster (next) and then the Heineken Cup to come."

Commenting on O'Driscoll's return to provincial action, O'Connor admitted: "He was brilliant. Some of those touches were sublime. He certainly proved all of those people who thought he might not have been as valuable as he was previously wrong."

The Blues were smarting from a surprise home defeat to Zebre and made the early headway in Dublin, with Owen Williams and Cuthbert threatening out wide.

Halfpenny was unable to land a tricky opening kick but his sixth minute penalty – awarded for a shoulder charge by Jamie Heaslip on his opposite number Andries Pretorius – had the Blues deservedly ahead.

Cardiff did well initially to haul down Rob Kearney, only for O'Driscoll superbly-timed flat pass to send hooker Cronin slaloming through for a 13th minute score. Madigan supplied the conversion.

Isaac Boss knocked on near the posts as the province probed for a quick second try, but the scoreline was beefed up by two well-struck penalties from Madigan, a player keen to impress in the number 10 jersey given newcomer Jimmy Gopperth's strong start to the season.

Matthew Rees' hacking on of a loose ball led to a foot race between Harry Robinson and Fergus McFadden with the latter forced to concede a five-metre scrum. Cardiff kept up the pressure and a subsequent infringement allowed Halfpenny split the posts for a second time.

Although Cardiff had some decent territory, Leinster showed more cutting edge and penetration when building their attacks and should have added to their tally before the break.

A late O'Driscoll surge through the middle, which delighted the home crowd, created an opening but Rob Kearney was crowded out on the left wing.

Leinster beat a path to the Cardiff line on the resumption, thanks to muscular carries from Heaslip and Martin Moore, and Blues lock Paulo paid the price for a needless dive over the top of a ruck.

His sin-binning left Cardiff under pressure defending a five-metre scrum and worse followed as they collapsed an advancing Leinster set piece, leading referee Marius Mitrea to award a penalty try which Madigan converted.

The Blues hit back with an early contender for try of the season. Bustling winger Cuthbert beat Rob Kearney on the outside and evaded the grasp of four more defenders from 40 metres out.

Halfpenny's conversion cut the gap to 20-13 before Leinster had a near miss, McFadden being held up in the right corner.

Entering the final quarter, Leinster's lead was far from comfortable and Robinson almost finished off a smashing counter from the Blues backs – Cuthbert's final pass was ruled forward.

Leinster turned down a kickable penalty – Devin Toner was held back after blocking a Lloyd Williams kick – and it proved the right decision as flanker Ryan crashed over on the end of a maul.

Madigan converted and then bagged the bonus point for his side, stepping through a gap and barging through Halfpenny's last-ditch challenge to touch down. Cardiff did manage a late consolation try with replacement Cory Allen intercepting a Jack McGrath pass to score and Patchell drop-kicking the conversion. 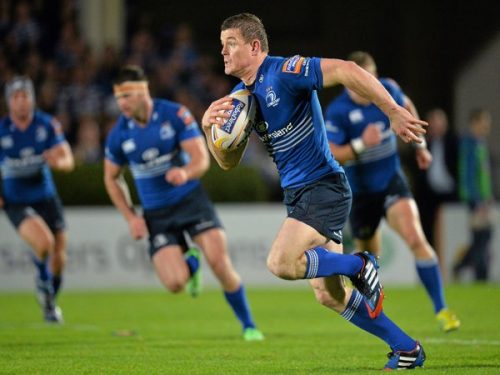