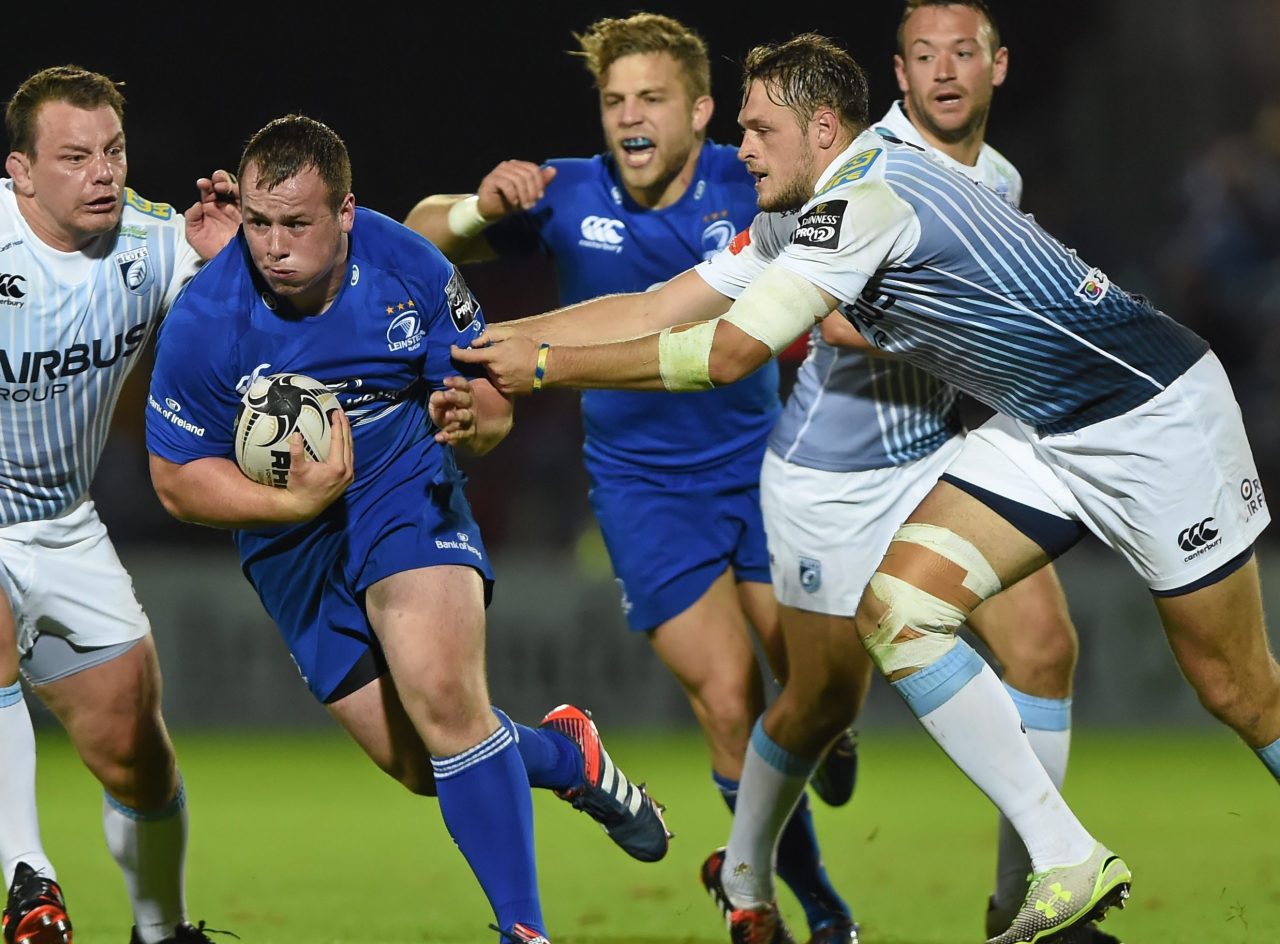 Replacement Luke McGrath sniped through under the posts to ensure a five-point return for Matt O'Connor's men and rob Cardiff of their losing bonus point.

Mick McGrath, who was playing Ulster Bank League rugby with Clontarf last season, and man-of-the-match Gordon D'Arcy both touched down during a clinical five-minute spell after the break.

Leinster's 14-point surge was then completely cancelled out by converted efforts from Cory Allen and Sam Warburton to put the Blues right back in the hunt at 27-23.

But the defending champions made certain of victory with Madigan's third penalty and Luke McGrath evaded the clutches of Alex Cuthbert to score in injury-time.

The round 4 match marked Australian lock Kane Douglas' debut for the province, while 21-year-old prop Ed Byrne – a second half replacement – also made his Leinster senior bow alongside his twin brother Bryan.

A Rob Kearney raid on the right set up good field position for Leinster initially, with Madigan's subsequent penalty punishing an Allen offside.

A binding offence by Adam Jones allowed Madigan to double Leinster's lead from further out, but the centre was narrowly wide with a 14th minute penalty attempt.

Patchell, the league's current top scorer, lofted over a left-sided penalty to open Cardiff's account by the end of the opening quarter.

The Blues full-back missed an easier kick as referee Ian Davies' whistle continued to dominate proceedings, with neither try-line coming under threat.

Patchell made the most of his third effort on goal, bring the visitors level at 6-all after captain Josh Navidi was first in to win a ruck decision.

Individual errors prevented Leinster from making much progress, while Cardiff centre Dafydd Hewitt had to be replaced after coming off worse in a clash of heads with Madigan.

The game finally burst into life in the 37th minute when Jimmy Gopperth's short pass sent Ruddock hurtling through a gap and two crunching hand-offs later, the fast-paced flanker powered over in the right corner.

Madigan added a terrific conversion but Patchell nailed an injury-time penalty from wide out, just reward for a late attacking flurry from the Welshmen.

The second half was only six minutes' old when D'Arcy's pinpoint pass put Madigan dashing away up the left wing and he fed replacement winger Mick McGrath who impressively bumped off George Watkins' tackle, regained his feet and stretched over for his first PRO12 try.

Madigan added the extras for a 20-9 advantage and Cardiff soon fell further behind, as Gopperth cut through midfield and had D'Arcy on his shoulder to finish off under the posts.

D'Arcy's 60th try in Leinster colours was converted by Madigan, who soon blundered when attempting to retrieve a kick and the loose ball was pounced upon by Allen for a soft converted score.

That was Cardiff's first try in 235 minutes of rugby and they had a second soon after as Dan Fish's floated pass put Warburton over to the left of the posts. Patchell's conversion suddenly made it a four-point game.

Leinster showed the greater composure in a frantic finish though, with Madigan clipping over a close range penalty and Bryan Byrne used a last-gasp turnover to put Luke McGrath through for try number four. 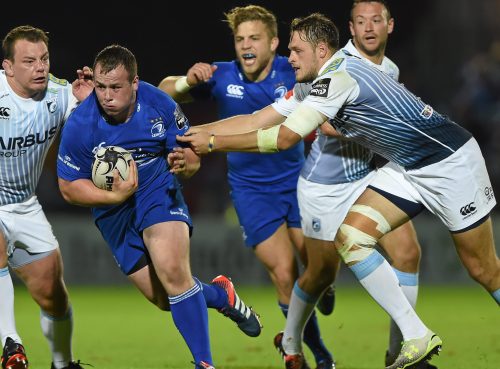