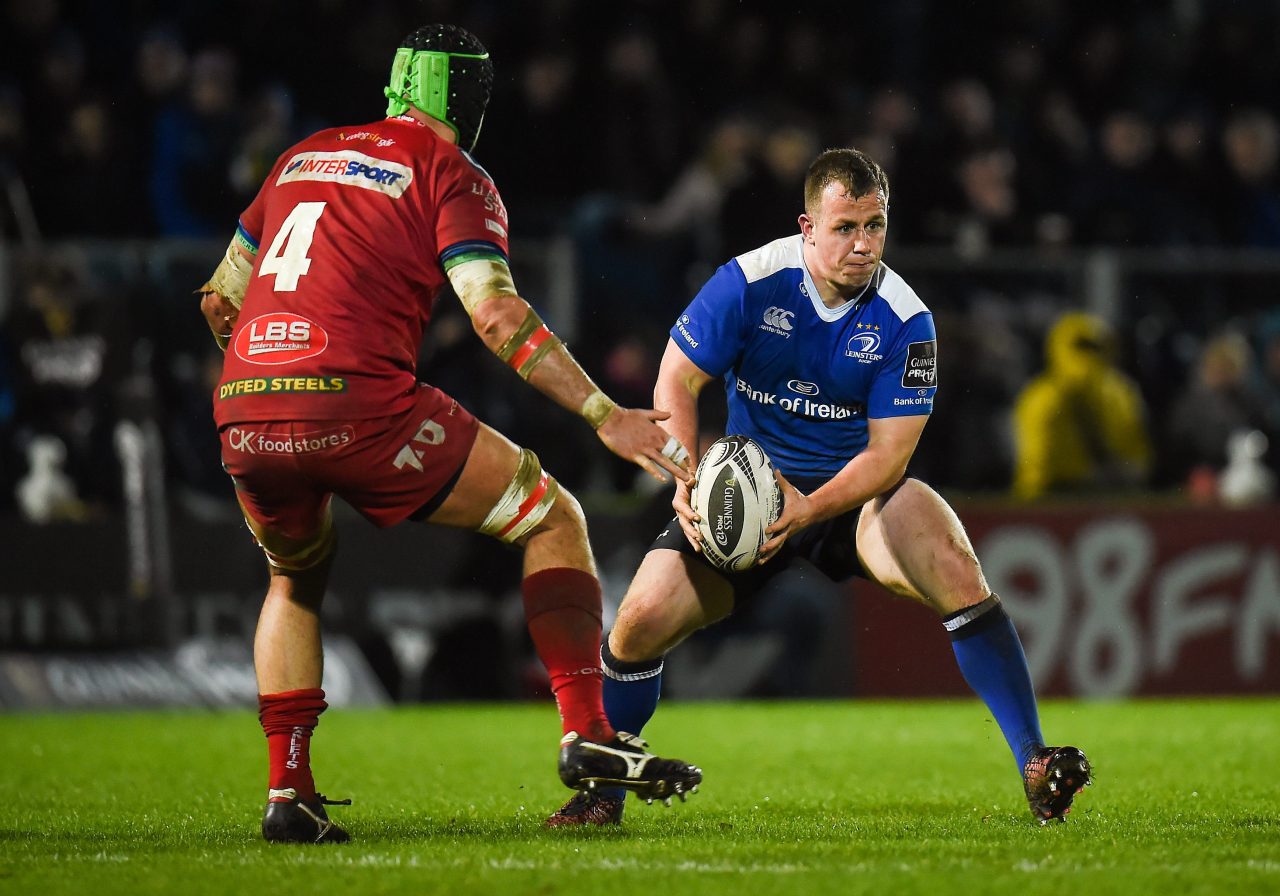 A quartet of tries from Rhys Ruddock, Joey Carbery (2) and replacement Ed Byrne – his first for the province after two years out with serious knee injuries – came in a devastating 10-minute spell approaching the hour mark.

Jamison Gibson-Park got over in the final play to make it seven tries on the night for Leo Cullen’s men who have moved two points clear at the top of the table.

Having claimed a famous win over Munster at Thomond Park last week, the Scarlets were chasing an enviable Irish double. Indeed, Dan Jones booted three penalties to leave them just 12-9 in arrears at half-time, in response to a brace of tries from Leinster’s man-of-the-match Luke McGrath.

However, the Welsh region’s second half efforts were in stark contrast to their heroic comeback in Limerick, and Leinster were able to coast to their fourth successive bonus point victory of the Six Nations period.

The fourth-placed Scarlets opened the scoring in Dublin inside three minutes, Tom Williams breaking into the hosts’ 22 and Jones drilled a close-in penalty over after Noel Reid was caught offside.

A strong set piece platform launched Leinster forward in response. They turned down a kickable penalty and from a close-in scrum, McGrath scrambled over to the right of the posts for Ross Byrne to convert.

A second successful penalty followed from Jones, but the Scarlets stand-off blundered when he was charged down by McGrath who finished smartly for an opportunist 20th-minute try.

Out-half Byrne’s drop-kicked conversion was blocked after the ball had fallen off the tee and Leinster allowed the visitors to stay in touch, centre Reid getting isolated and Jones snapped back three points.

Cullen’s side also had a let-off when Tom Williams knocked on Hadleigh Parkes’ skip pass after Fergus McFadden had taken the wrong option to shoot out of the defensive line.

With former Leinster forward Tadhg Beirne, Aaron Shingler and James Davies all prominent, the Scarlets disrupted the province’s maul efforts and the breakdown, with four turnover blighting the home side’s first half ledger.

The rain and wind picked up for the start of the second half and with Carbery increasing his influence and the pack getting on top, Leinster swiftly struck for try number three. Ruddock crashed over by the posts in the 47th minute after some excellent fielding by McFadden.

Byrne converted and also added the extras to Carbery’s first score. The young full-back was sent over by Reid’s looping pass, the attack beginning with a thumping man-and-ball tackle from Zane Kirchner.

The Llanelli outfit fell 22 points behind just a few minutes later, Adam Byrne gobbling up Ross Byrne’s cross-field kick on the hoof and passing out of a tackle for the supporting Carbery to finish from five metres out.

Leinster repeated the trick for their sixth try, the two Byrnes combining from a kick out the right and fit-again prop Ed Byrne was mobbed by his team-mates after popping up to take the scoring pass and crash over.

Ross Byrne successfully negotiated his most difficult conversion kick of the night and added a carbon copy right at the death. The Scarlets – and DTH van der Merwe in particular – were denied a consolation try before replacement Gibson-Park completed the rout for Leinster, profiting from Dan Leavy’s barnstorming run towards the right corner. 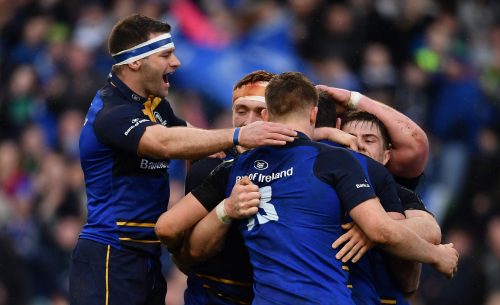 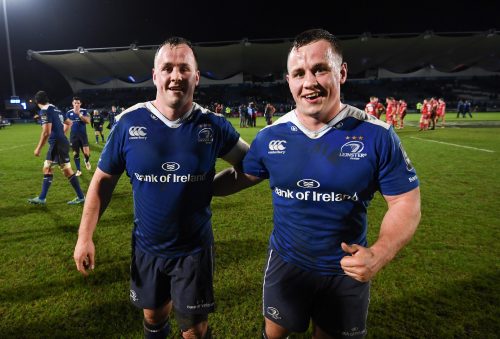 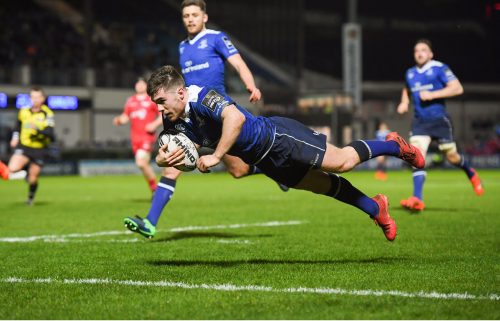 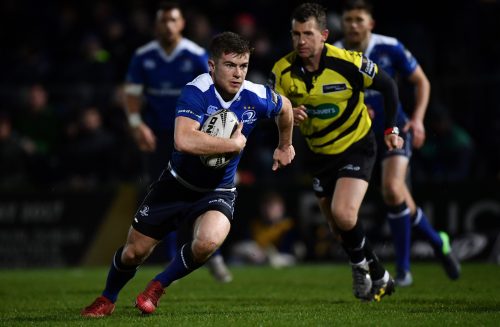 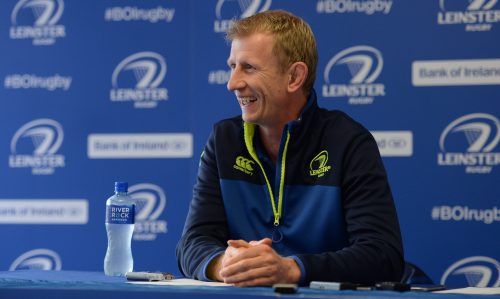 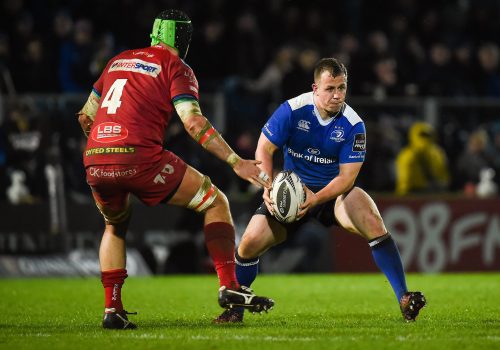 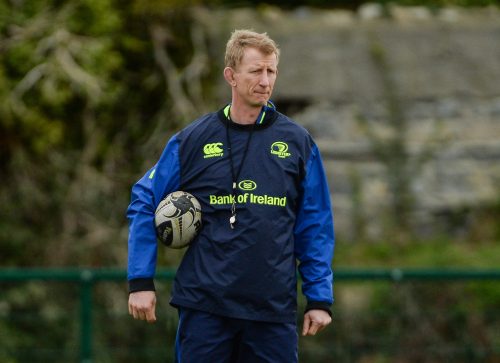 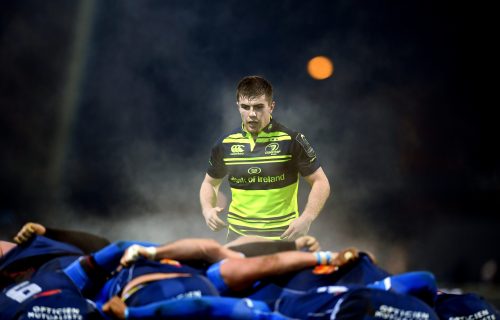 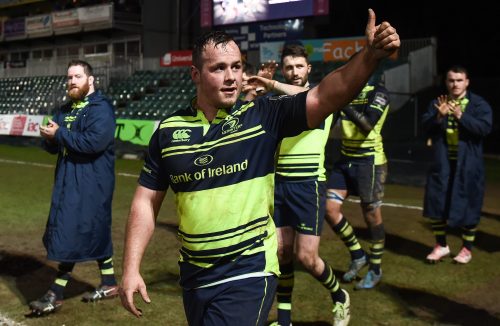 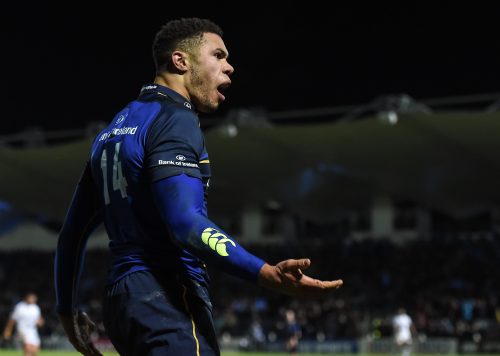 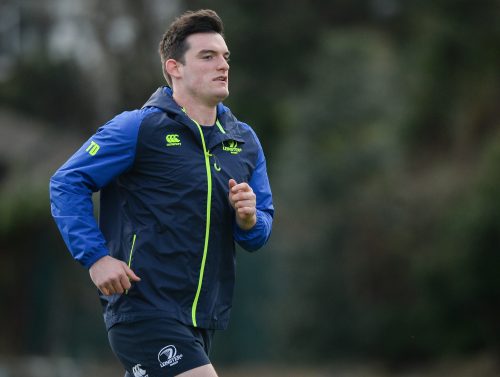 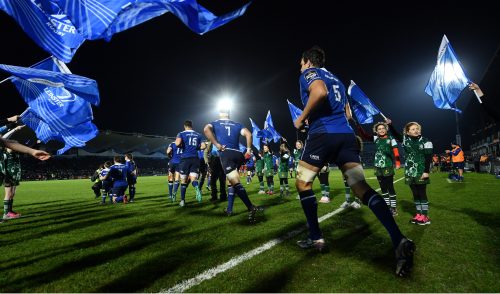 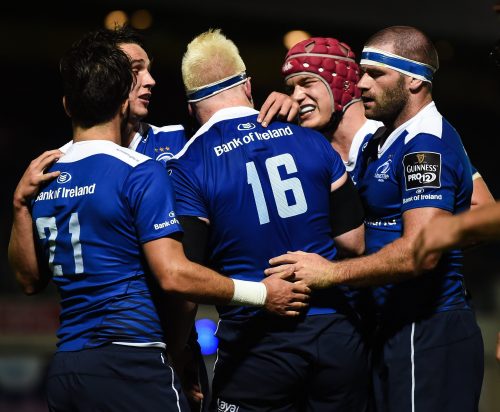