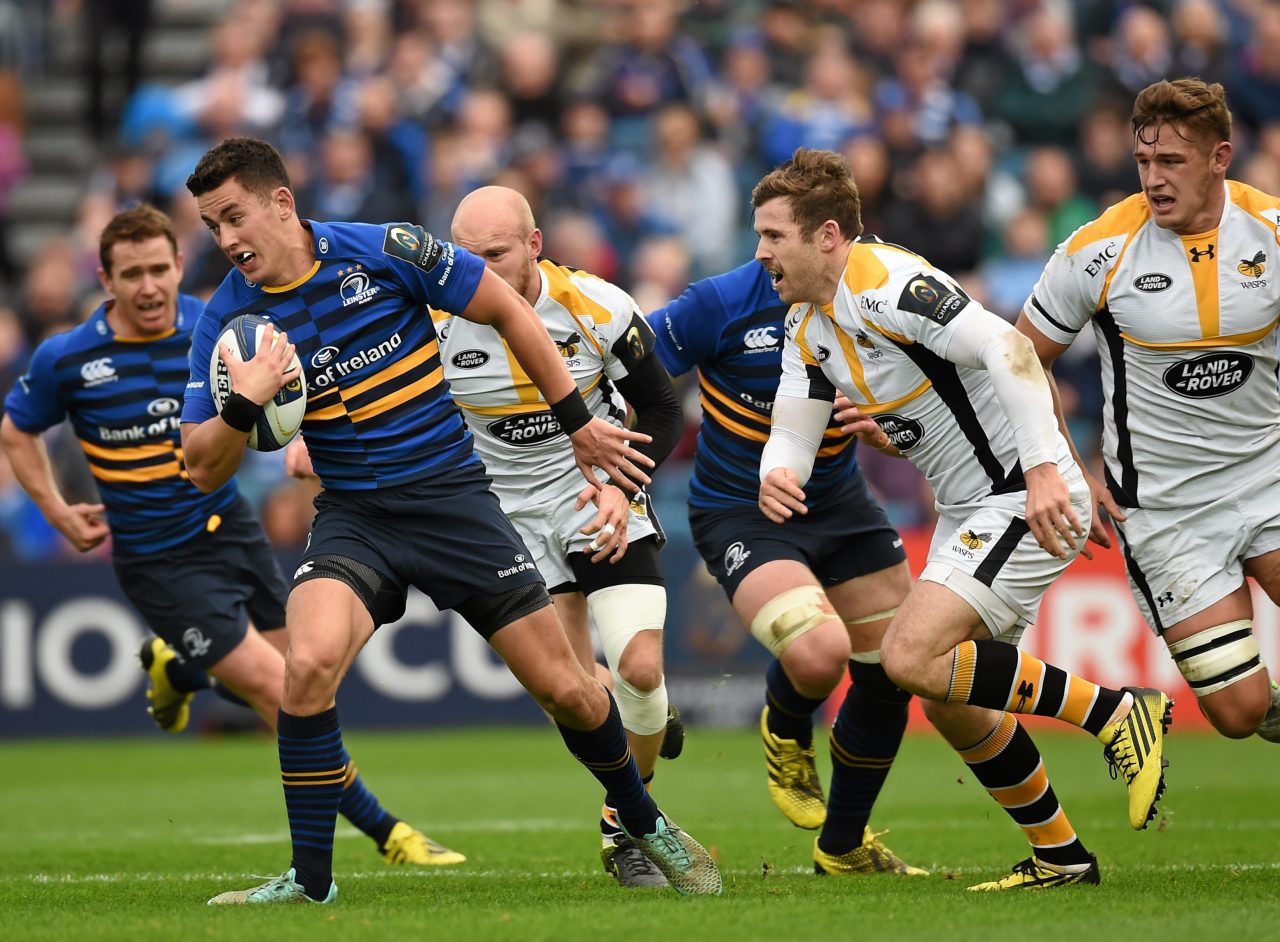 Leinster suffered a heavy beating in their European Champions Cup opener at the RDS, as a clinical Wasps side gained revenge for a tight loss in Dublin last year…

Leinster fell to just their third defeat in 15 European pool games, delivering a disappointingly flat performance at the start of a campaign that takes them to Bath next Saturday and defending champions Toulon before Christmas.

The first half bubbled along nicely, European debutant and eventual man-of-the-match Charles Piutau proving dangerous on the counter and Noel Reid standing out in the Leinster midfield.

Joe Simpson then combined with Frank Halai for a cracking seven-pointer and during the final half-an-hour, the disjointed home side were unable to add to Jonathan Sexton’s two first half place-kicks.

A close range penalty from Jackson, coupled with a last-minute try from excellent full-back Piutau, condemned Leinster to their heaviest European loss since a 33-6 reversal at Toulouse eight years ago.

Ian Madigan was a late inclusion for Leinster at full-back, taking over from Isa Nacewa (jarred knee) with Jamie Heaslip resuming as captain. Leo Cullen’s men fell behind to a terrific third-minute penalty from Jackson, who punished a scrum infringement from Jack McGrath.

Playing into a tricky wind, Leinster threatened out wide through Madigan before Sexton punished a Wasps offside for 3-3. He missed a difficult effort from further out before 20-plus phases yielded a central penalty in the 22 which Sexton tapped over.

A good counter-ruck from George Smith set up a levelling 40-metre kick from Jackson, who found the target with the aid of the left hand post. Smith then gobbled up an overthrown Leinster lineout, launching a fleet-footed attack that almost saw Piutau put fellow All Black Halai over in the left corner – Dave Kearney came to the hosts’ rescue.

Dai Young’s side moved back in front thanks to a thumping 50-metre strike from Daly, and they gained further momentum with Wade’s opportunist score. Simpson’s clever box kick had Kearney racing back towards his try-line and a cruel bounce made him lose his footing before the hard-chasing Wade swooped to gather and score.

Leinster hammered away at a well-organised Wasps defence approaching the interval, working the short side but to no avail, and had Wade held onto a Piutau pass out wide, Wasps might have manufactured a second try.

Having lost both Richardt Strauss and Sean O’Brien to concussion, Leinster had to replace Mike McCarthy early on the resumption and they fell further behind just seven minutes in, Halai’s midfield bust and offload sending scrum half Simpson scampering away to the left of the posts. Jackson converted for 23-6.

Little was going right for Leinster, an overcooked touchfinder from Sexton and a forward pass from replacement Luke McGrath handing possession back to Wasps who watched Daly slide a monster penalty wide on the hour mark.

Daly missed another shot off the tee, but Kearney fumbled the off-target kick and Jack Conan played the ball from an offside position, allowing Jackson to slot a close range penalty just moments later.

Despite some bright play from Fergus McFadden, Reid and eager youngster Garry Ringrose, Leinster leaked another try in the final seconds.

Sailosi Tagicakibau was short near the right corner, but TMO Philippe Bonhoure ruled that the ball bounced backwards as it fell into the hands of the waiting Piutau whose debut Champions Cup score was expertly converted by Alex Lozowski. 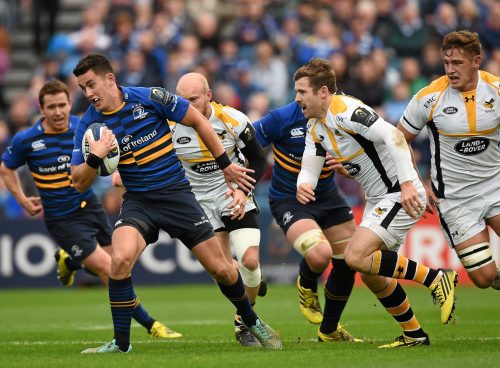