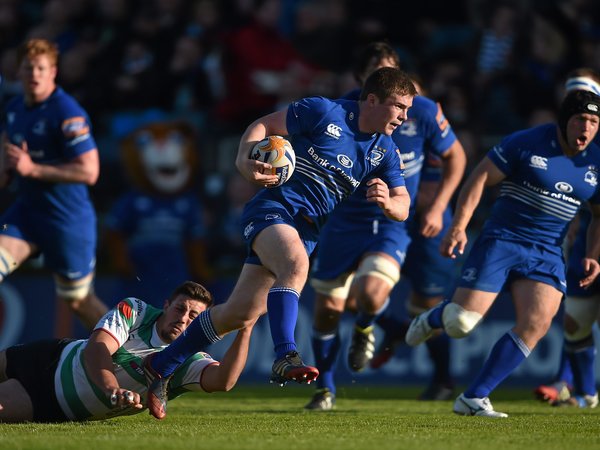 The RaboDirect PRO12 leaders, who are now six points clear and destined for a home semi-final, put their recent defeats to Toulon and the Ospreys behind them with this 55-point triumph.

They had the bonus point in the bag after little over 25 minutes thanks to tries from Jordi Murphy, Sean Cronin, Cian Healy and Zane Kirchner.

The second-from-bottom Italians responded with a penalty try for a 29-7 interval deficit, with Leinster's sloppiness punished by yellow cards for Isaac Boss and Jack McGrath.

But they thoroughly dominated the final quarter as Dominic Ryan and Noel Reid added further tries, captain Jamie Heaslip and Luke McGrath both scored while Angelo Esposito was in the sin-bin and Reid finished off the rout in injury-time.

Speaking afterwards, Leinster head coach Matt O'Connor said: "I'd like to say from our end that we hope Christian (Loamanu, who was injured in the first half) is alright. It takes it out of you.

"It was an intense first 15 minutes and when that happens everyone sits back a little bit, but thankfully we came back in the second half and fixed it.

"We are pretty pleased really. Treviso are a good side, they have a lot of internationals and I thought we played really well for the first 10 or 15 minutes of the game.

"We got our reward with a couple of tries, although we lost our way with the sin-binnings and the injury."

An early chunk of possession yielded a fifth minute penalty for Leinster and Jimmy Gopperth, who kicked 17 points in all, fired over from the kicking tee.

Heaslip and man-of-the-match Darragh Fanning then provided the momentum off a scrum on the 22, and Rob Kearney's inviting pass back inside sent Murphy over in the right corner.

Gopperth missed the conversion but was able to add the extras to Cronin's 15th-minute effort, the hooker racing clear from 40 metres out after Paul Derbyshire's lineout tap-down bounced up into his arms.

A horrible aerial collision between Christian Loamanu and Kirchner saw the Treviso centre come off worst. Play was held up for over ten minutes before he was stretchered off.

Leinster maintained their momentum though and after Devin Toner went close, Healy swatted away Mat Berquist's challenge to reach over under the posts. Gopperth converted for a 22-0 lead.

A vintage Brian O'Driscoll break from deep might have led to the province's bonus point score, but the move broke down between the supporting Reid and Kearney.

The fourth try arrived soon after when another textbook support line saw Gopperth feed Kirchner and the winger stepped off his left to go over close to the posts.

Treviso improved approaching half-time with scrum half Tobie Botes leading the fight-back on his 100th appearance for the club.

The visitors were awarded a penalty try just before the break, as Botes' opposite number Boss came in at the side of a maul to prevent a certain try for Robert Barbieri.

Kearney managed to hold up Botes over the try-line as Leinster had to absorb the early pressure on the resumption.

Treviso forced the issue for most of the third quarter and the hosts suffered a second yellow card with replacement prop McGrath penalised for kicking a ruck ball out of Botes' hands.

But they were back on course when flanker Ryan slipped around the side of a maul to score from close range. Gopperth's conversion came back off the left hand upright.

Try number six followed in the 68th minute as clean lineout ball sent replacement scrum half Luke McGrath darting through a midfield gap and he passed for centre Reid to finish off.

Treviso winger Esposito then saw yellow for taking Kearney out in the air and Leinster showed no mercy as Heaslip galloped clear for a well-deserved try.

They passed the half century when Rhys Ruddock broke from a maul and offloaded in perfect time for young McGrath to score his first try for his home province.

Gopperth converted and also topped off Reid's breakaway effort in injury-time which was the product of some terrific interplay between himself and the tireless Heaslip. 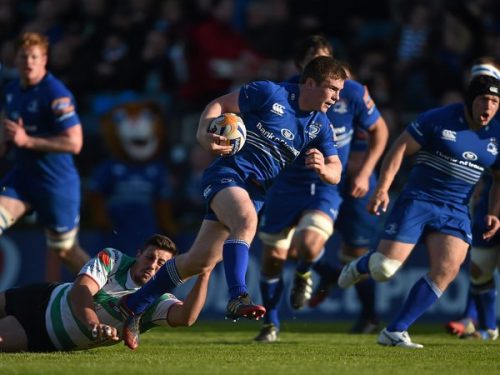