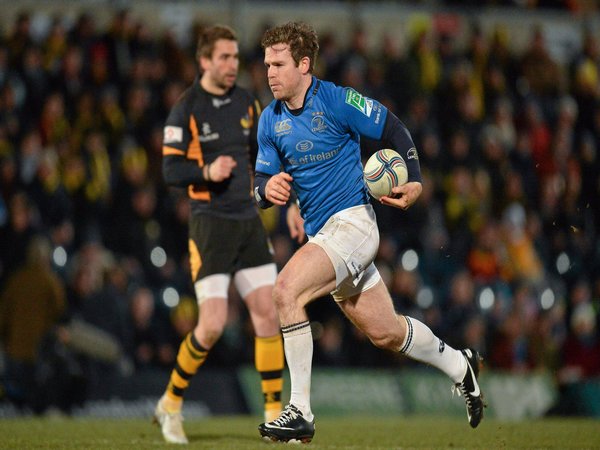 Leinster marked their Amlin Challenge Cup debut with five tries, qualifying for a home semi-final against Biarritz Olympique at the RDS on Saturday, April 27 (kick-off 2.30pm).

Joe Schmidt’s men were 20-15 in front at half-time in High Wycombe, with prop Ross’ first try in Leinster colours and Kearney’s effort putting the visitors 20 points clear by the hour mark.

Despite leaking a late brace to Tom Varndell, Leinster were able to maintain their 20-point advantage with Madigan in fine goal-kicking form and Nacewa claiming their final try in the 67th minute.

Speaking after the game, Gordon D’Arcy said: “I think we’d be proud of the attacking side of it (the performance), we gave away a few too many tries. But straight after the match, we’re pretty happy with the win and getting through to the next round.

“You never want to let a game get that much of your control, particularly with the pace that Wasps had out wide. We saw that first hand with (Christian) Wade and Varndell and others getting their hands on the ball.

“They wanted that wide expansive game, so we had to get a bit more structure on the game, and I think that kinda showed in the middle third of the game.

“This team wants to win trophies and we knew we had to kick straight back into gear (after losing to Ulster) and perform here.

“I’ve played here before and been on the other end of a result, so I know how tought it is to win here. When you win here, you really do deserve it. It was a great game of rugby and thankfully we were on the right side of the result.”

Leinster built some early pressure without the ball, big lock Devin Toner getting in to block an attempted clearance kick from Joe Simpson.

But Wasps swept ahead inside two minutes when Christian Wade followed up on a smart break from Andrea Masi over halfway to score the game’s opening try.

Out-half Nick Robinson, whose flat distribution was influential in the build-up to Wade’s score, was unable to convert from the right.

Leinster were quick to respond, Madigan offering himself on the loop and the Wasps defence was sliced open as Fergus McFadden passed for the returning D’Arcy to burst clean through and score.

The conversion from Madigan from straight in front of the posts split the sides at 7-5, before the Ireland out-half was narrowly wide from a long range penalty.

Dave Kearney went close to collecting a cross-field kick from Madigan as Leinster pressed out wide on the right, with Varndell rescuing Wasps on this occasion.

The hosts then stung Leinster with a thrilling second touchdown from Wade, the electric winger slipping past McFadden’s initial tackle and evading Rob Kearney on the outside for another slick finish.

Robinson managed to convert this time, moving the Londoners into a 12-7 lead – a brief one as Leinster answered back through a Madigan seven-pointer.

The in-form number 10 produced a superb sidestep and hand-off to outfox the Wasps defence and scoot over just to the left of the posts.

Madigan’s second conversion was followed by a confidently struck 40-metre penalty, with Wasps coming off worse in terms of penalties conceded as the attack-dominated first half cantered along at a high tempo.

Dai Young’s charges closed the gap with Robinson landing the second of two penalty attempts, but Madigan snapped back three points to close out the scoring before the break.

Wasps threatened in injury-time though, a Masi hack on setting up a try-scoring chance for Wade but McFadden got back to deny him.

Leinster threatened the try-line early in the second period as Madigan launched an initial kick chase and Rob Kearney was swallowed up out wide on the right.

The visitors kept the pressure on, good footwork from Nacewa allowing him to raid downfield from deep. The winger, having gathered his own kick, popped it back to Ross who drove over with support from Toner and Sean O’Brien.

Madigan added the extras for a 30-15 scoreline, only for Robinson to respond swiftly off the kicking tee with his second successful penalty. However, Leinster dominated the third quarter as they turned their lion’s share of possession into points.

After Madigan drilled over his fourth penalty, O’Brien burst away down the right flank and passed off the ground for Rob Kearney to finish off try number four.

Wasps countered with their third of the game, a good spell of attacking being rewarded with a Varndell effort out wide on the right.

But that good work was undone from the restart, replacement Sean Cronin charging down a kick and brilliantly quick hands from D’Arcy released Nacewa for a well-taken score in the left corner.

Madigan converted with aplomb before Varndell completed his brace, following up on a Billy Vunipola-inspired series of close-in carries. Leinster were guilty of sloppy defending at times and Schmidt will be keen to tighten up that area for the coming games.

But the final word went to Madigan as having missed a drop goal moments earlier, he was back on target with a final penalty in the 76th minute. 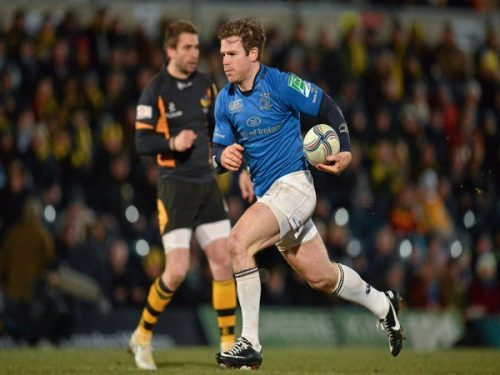