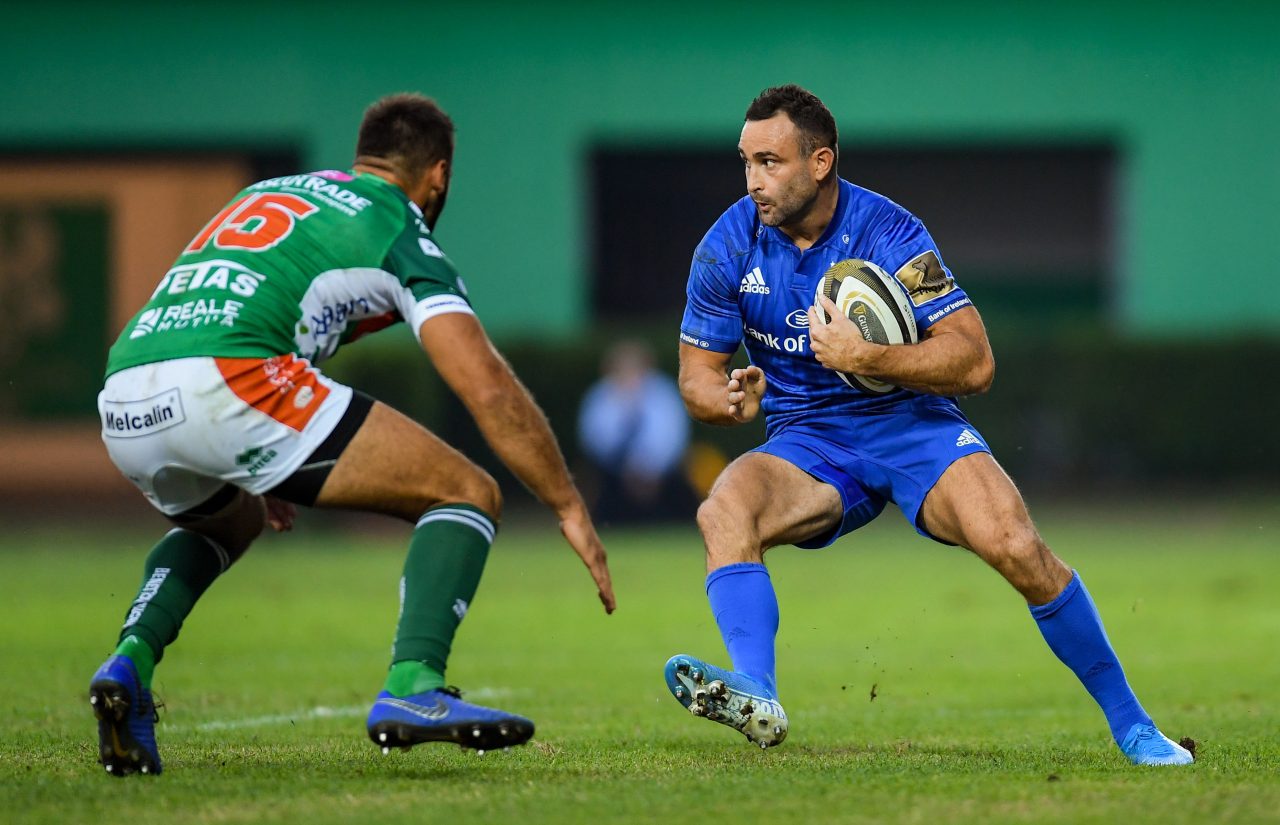 Dave Kearney helped himself to a hat-trick of tries and debutant Harry Byrne kicked the clinching penalty as Leinster Rugby opened the Guinness PRO14 season with a 32-27 bonus-point win over 14-man Benetton Rugby.

Despite losing Iliesa Ratuva Tavuyara to a 49th-minute red card, the Italians remained right in contention. Two Keatley penalties and a Luca Sperandio try sandwiched Kearney’s second effort, but Leinster held their composure with Ross Byrne coolly converting a 66th-minute try from Kearney and his younger brother Harry, who was sprung from the bench, making it a five-point winning margin.

With Adam Byrne catching Ross Byrne’s kick-off, Leo Cullen’s men were quickest to settle into a rhythm. Devin Toner was held up just beside the posts before a scrum penalty allowed out-half Byrne to kick the visitors ahead in the fourth minute.

Jamison Gibson-Park supplied a slick service, although a rare error from the scrum half saw him lose control of a quick tap inside the Italians’ 22. He was part of a purposeful set of phases nearing the quarter hour mark which ended with Ross Byrne and Rory O’Loughlin combining to send winger Byrne racing over from the right to make it 10-0.

The try scorer soon exhibited his aerial ability from two Gibson-Park box-kicks, but Benetton ended the first quarter with a well-worked try from their first attack. Angelo Esposito set the wheels in motion with a defence-splitting break, the forwards kept the momentum going and prop Appiah finished smartly from Marco Barbini’s inside pass.

They made it two tries in the space of five minutes, both of which were converted from out wide by the familiar figure of Keatley. Argentinian hooker Baravelle joined his front row colleague on the scoresheet, plunging over from a lineout maul following an initial ground-gaining surge by Monty Ioane.

Keatley was unable to add to Benetton’s 14-10 lead, missing a difficult penalty from the right and also overcooking a touchfinder from a penalty. Indeed, Leinster pounced to score on the stroke of half-time when Kearney was released by fellow winger Byrne’s floated skip pass and the Louth man did brilliantly to regather his own kick ahead and ground the ball under pressure from two defenders.

Ross Byrne’s right boot closed out the first half’s scoring at 17-14, only for Keatley to quickly respond on the resumption, punishing a Leinster lineout infringement. Yet, by the 50-minute mark, Leinster had a one-man advantage and a five-point lead thanks to Kearney’s second of the night.

The 30-year-old Ireland international was upended by Tavuyara in the air as he caught a high ball, landing on his outstretched arm. Referee Ben Whitehouse reached for his red card following a consultation with TMO Sean Brickell. In the big Fijian’s absence, Kearney crossed in the left corner after Gibson-Park had scooped a long pass out to him.

Despite a couple of lineout chances going awry, Benetton earned a penalty from their bout of pressure which Keatley knocked over. They reclaimed the lead right on the hour mark, Joaquin Riera opening up the defence with a terrific counter-attacking run. He was tackled just short before replacement Sperandio scrambled over to the right of the posts.

Keatley took his own tally to 12 points with the conversion, but much to the home crowd’s disappointment, that proved to be the hosts’ final score. Both sides were missing a large number of frontliners due to Rugby World Cup commitments, and in their absence, members of the extended squads grasped their opportunity to impress.

Man-of-the-match Kearney went close to scoring from a cross-field kick before he sealed his hat-trick. Earning a penalty advantage from a maul, Leinster worked the ball across to the opposite left wing where replacement Hugh O’Sullivan and Ross Byrne set up Kearney to go over in the corner past Esposito.

A cracking conversion by Ross Byrne from tight to the touchline moved Leinster back in front at 29-27. With Keatley suffering a similar penalty miss to his first half one, it was left to Byrne’s 20-year-old sibling – a debutant tonight alongside his Academy colleague Michael Milne – to send over the match-winning 75th-minute penalty.

Leinster Rugby returns to the RDS Arena on Friday, 4 October, to take on Ospreys. Tickets are available now from €25. 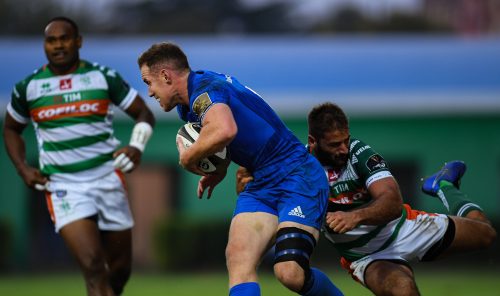 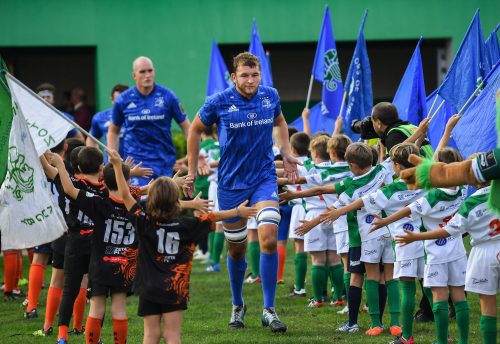 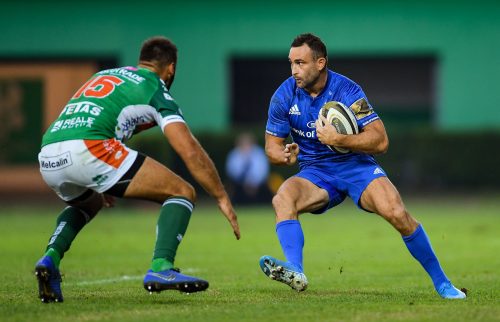 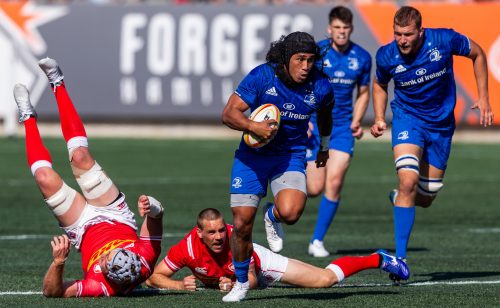 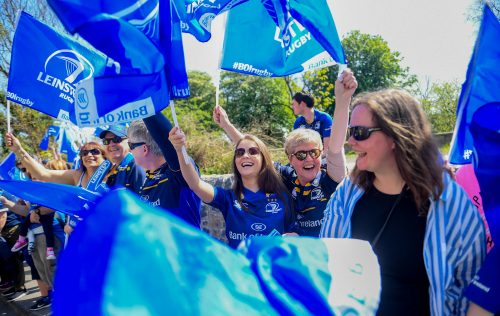 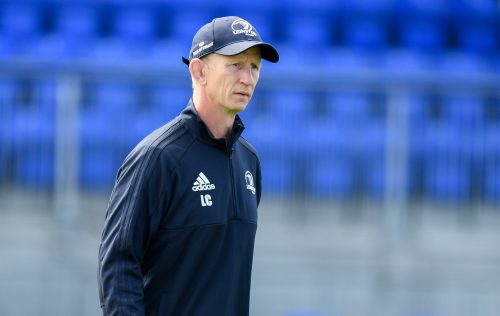 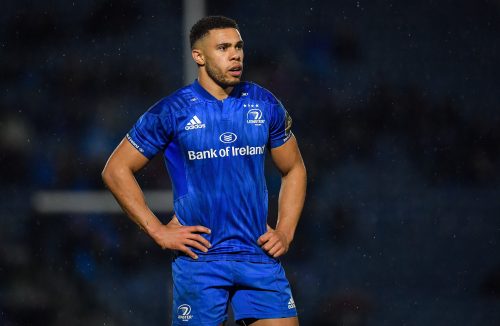 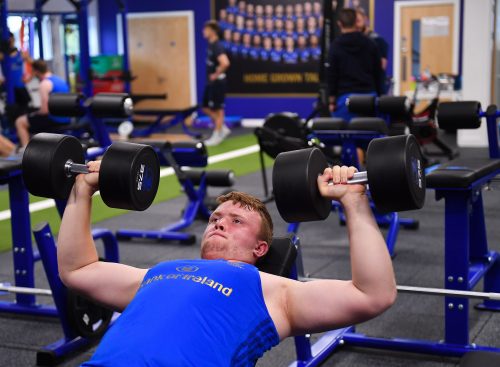 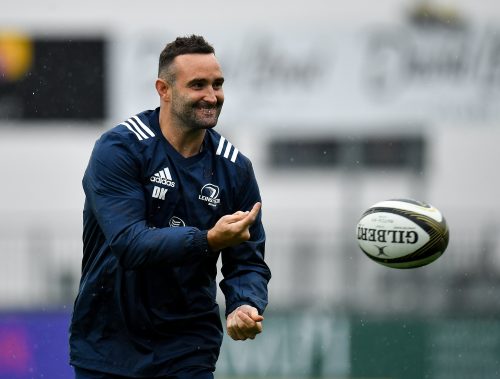 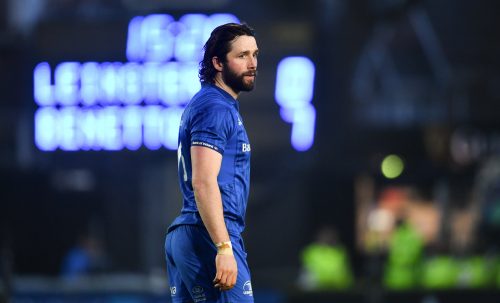