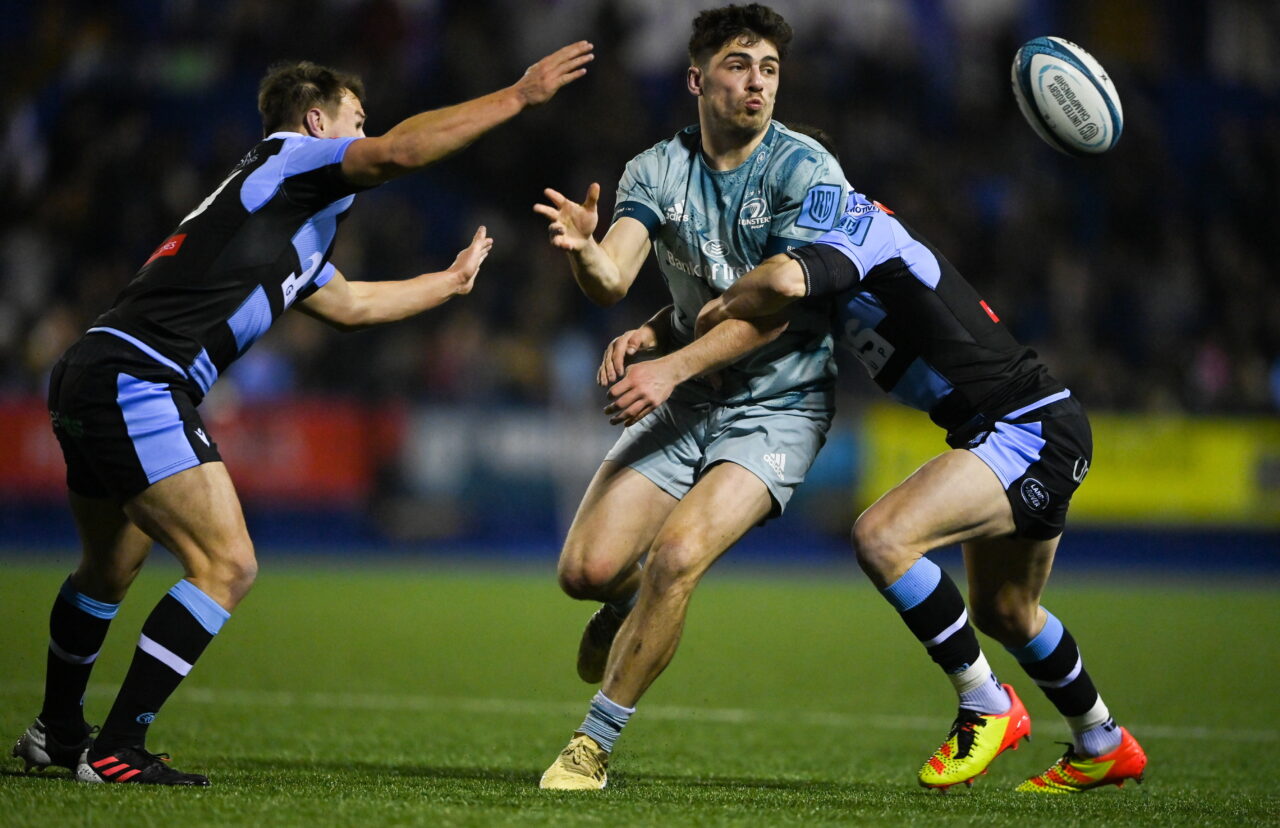 Leinster Rugby were undone by Jarrod Evans’ last-gasp penalty from distance in Round 11 of the United Rugby Championship at Cardiff Arms Park.

It was enough to leave Leo Cullen’s men with just a losing bonus-point when they looked like benefitting from Ross Byrne’s 75th-minute kick.

However, Evans 50-metre effort with the clock in the red would break Leinster hearts and give the returning Cardiff fans plenty to cheer about.

Cardiff had handed the early initiative to their visitors when Seán Cronin punished them with an interception.

This was compounded when flanker Will Boyde was too slow to release in the tackle, Byrne slicing the posts from the right in the third minute.

Ciarán Frawley and Ed Byrne had to be alert to trap carriers behind the gain line, positive actions like these forcing Evans and centre Ben Thomas to kick the ball away. 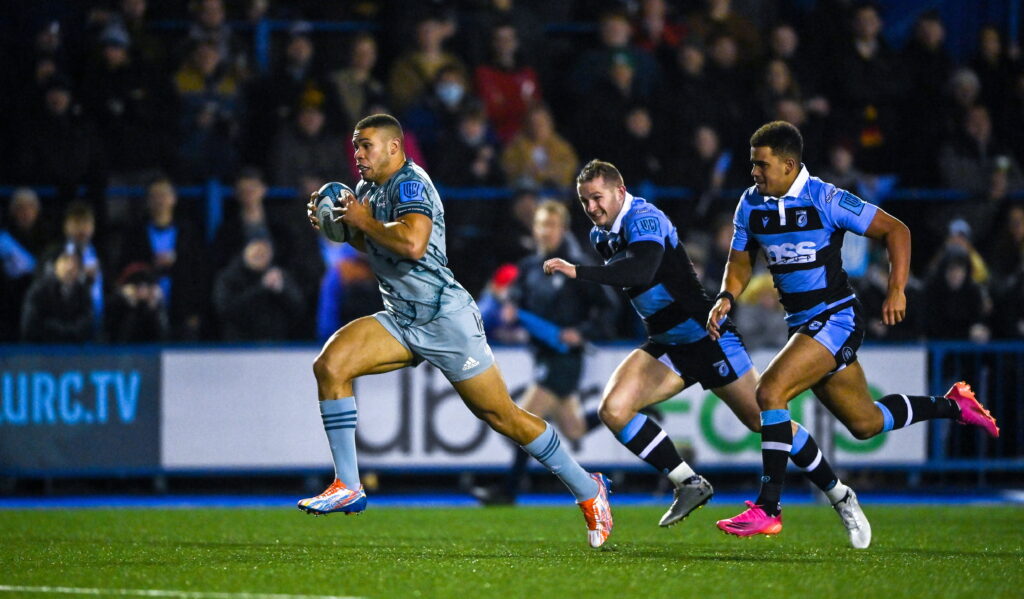 Simple passing along the line through Ross Byrne, Frawley and Jimmy O’Brien led to the recycle putting Byrne in position to tumble a kick towards the 22.

Indiscipline by Dmitri Arhip invited another Leinster attack, fuelled by a sound lineout and given a touch of class by a slick offload from full-back O’Brien to Jamie Osborne.

When the ball was nudged forward, Arhip made amends with a scrum penalty that wouldn’t have pleased the front row of Ed Byrne, Cronin and Michael Ala’alatoa.

Evans’ chip, the unpredictability of the artificial pitch and Rey Lee-Lo’s opportunism was closed down by the scramble defence.

A neat lineout taken by Boyde was turned into a maul on fast-forward, drawing a penalty for Evans to level it at the end of the first quarter.

Immediately, Cardiff were back for more, Evans’ angled kick taken at top speed by Owen Lane who got around the outside to touch down.

The 20-year-old carried straight to generate quick ruck ball for O’Brien to find Adam Byrne accelerating onto the ball and through a hole for a stunning try. Byrne’s conversion squared matters.

For a second time, Leinster were slow to react to a maul, Osborne having to cut down Lee-Lo on the end of another chip.

Scott Penny had overstepped the mark to be spotted offside and Ben Thomas, with Evans off for a HIA, struck the lead penalty on the half-hour.

Cardiff began the second period with the tactic of chipping the ball over the top, Thomas unable to control Evans’ kick.

Then, the home pack churned out a scrum penalty, Evans slotting the penalty.

Back-to-back infringements from the travelling party saw Evans make it a two-score game from a penalty in the 49th minute. 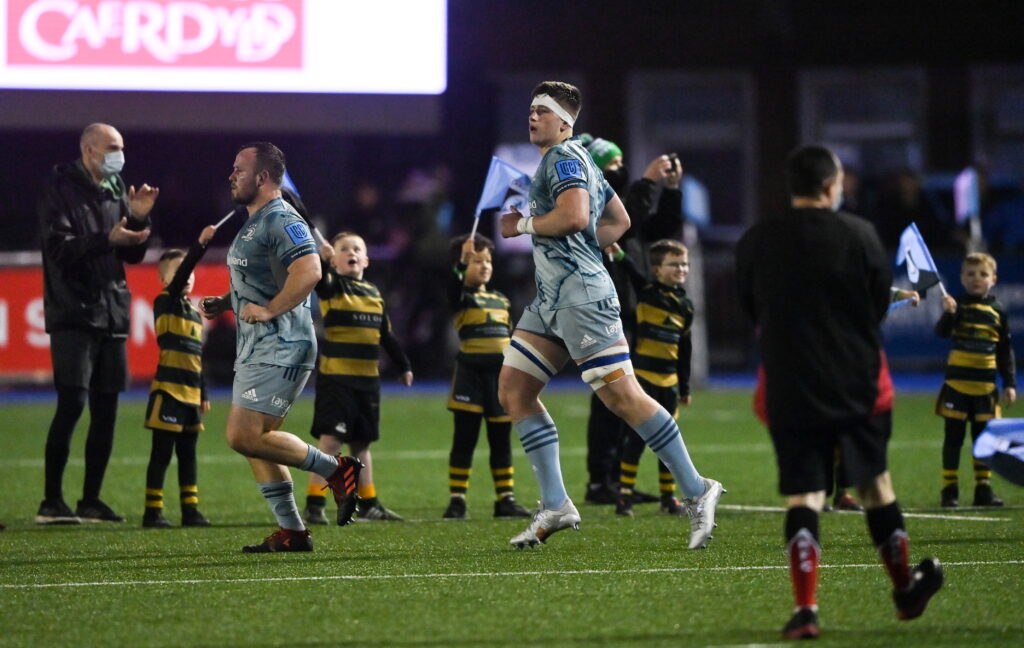 It was the Irish province’s turn to make ground at the maul, replacement James Tracy powering on to force a penalty.

The forwards took charge to come within a whisker of striking back, James Botham seeing yellow for playing the ball on the floor.

Again, the big men up front kept it tight from a tap penalty for Tracy to claim the try and Byrne the conversion in the 53rd minute.

A tremendous tackle and counter-ruck by Tommy O’Brien was the signal to shift to width, O’Brien almost getting away.

They were able to move forward methodically, Ross Molony’s lineout grab leading to Penny’s superb finish on the hour.

The home side were on the brink of breaking back when Ruddock picked up a stray ball at one end and Harry Byrne’s penalty rebounded off the crossbar at the other end.

Cardiff came again, their backs handling well for Hallam Amos to speed outside the defence with Evans’ conversion taking back the lead.

Leinster had the composure to wait for Cardiff to make a mistake and, when they did, Ross Byrne nailed a penalty in the 75th minute.

It all then came down to Evans at the end, the ball sailing between the posts to snatch the points. 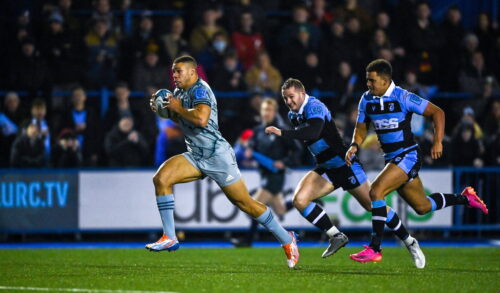 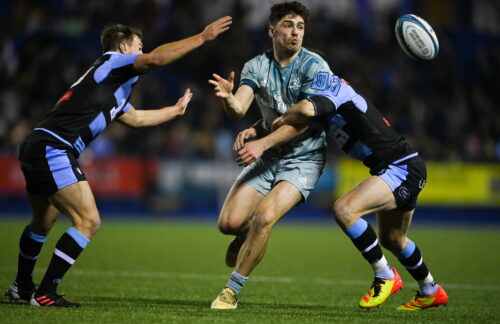 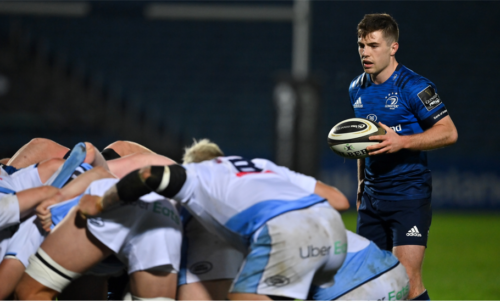 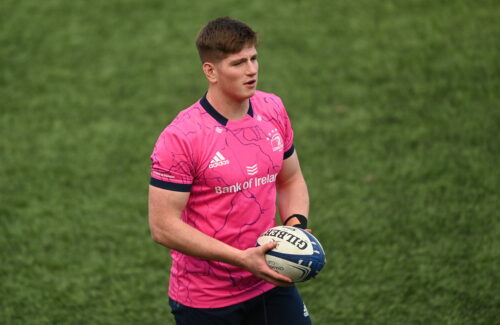