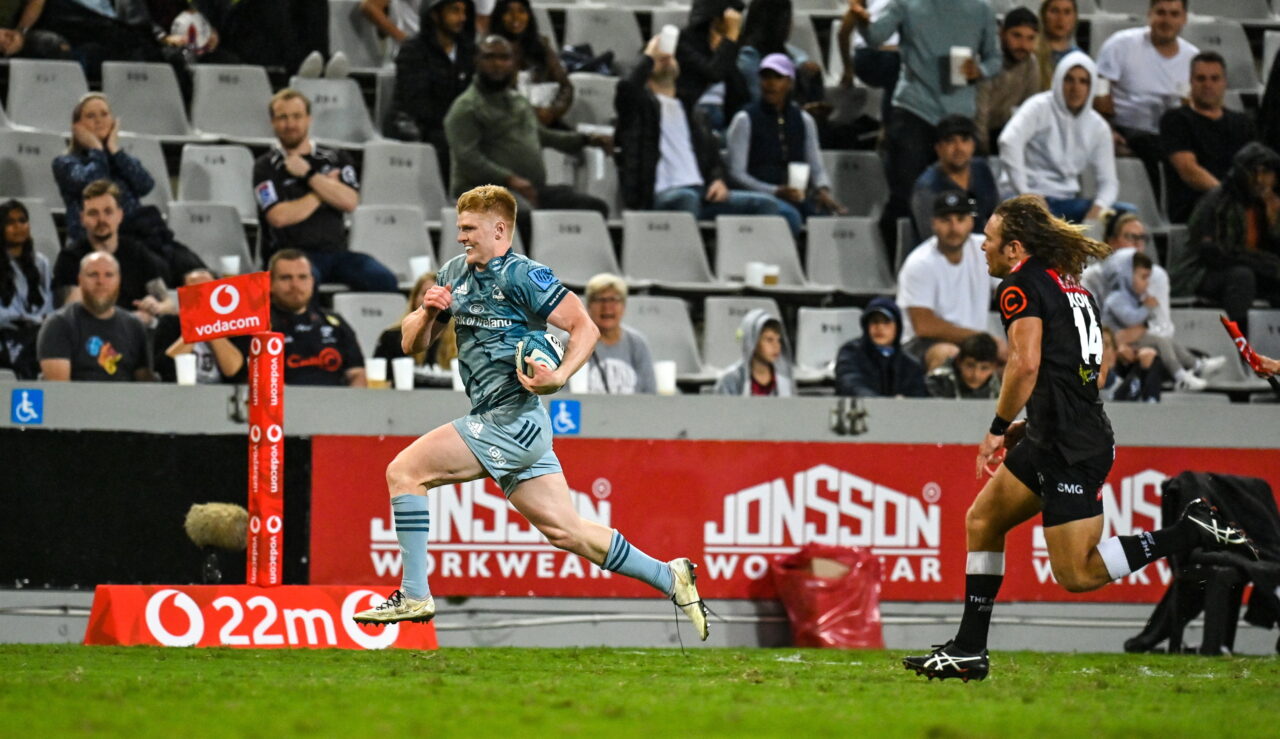 Leinster Rugby came within inches of completing a courageous late comeback against the Cell C Sharks in Round 16 of the URC.

This was always going to be a tall assignment for Leinster’s young brigade in the face of the more mature South African side, starters Brian Deeny, John McKee and replacement Lee Barron all making their provincial debuts.

In the beginning, Deeny’s block on Curwin Bosch was undone by Chris Cosgrave’s long ball out on the full and a no-arms tackle offered Bosch a penalty the out-half pulled left.

When Leinster moved the ball from a smooth lineout, Marius Louw shook the ball free from Max Deegan’s grasp.

A scrum penalty, given against Andrew Porter, saw Bosch miss from distance again.

A monster scrum turned out a penalty for Sharks and they went quickly for Scott Penny to meet Henco Venter.

The eagerness to counter by Cosgrave was supported by Tommy O’Brien’s chase. Harry Byrne’s tumbling kick bounced deceivingly out of touch for Rory O’Loughlin.

An overthrow at that lineout was seized on by John McKee. Porter piled in and Penny had the final say for Ciarán Frawley to convert in the 16th minute.

Leinster’s desire to move the ball was snapped by Makazole Mapimpi’s pick of the pass to rush in under the posts, Bosch converting to tie the scores at the end of the quarter. 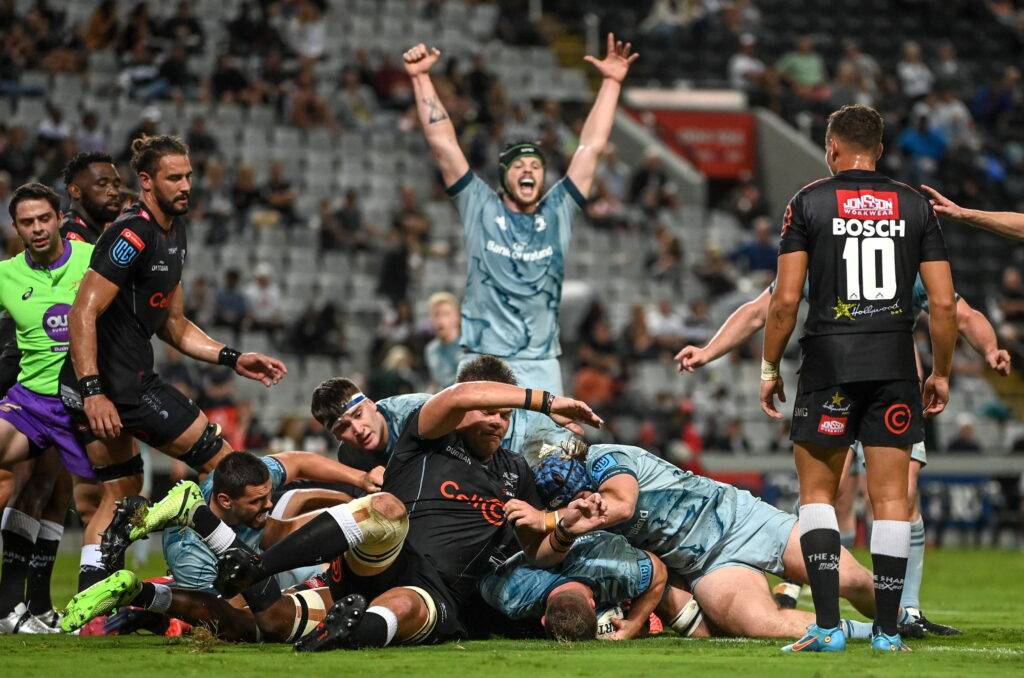 Cosgrave had to be alert to handle a chip kick and scrum-half Nick McCarthy did unbelievably well to stop the charging Werner Kok before Byrne’s sky-high kick drew a penalty for bumping Frawley off the ball, the centre banging the kick over for 10-7 in the 28th minute.

A quick counter, fuelled by O’Loughlin’s speed and kick in-field, was enhanced by Cosgrave’s collection of an awkward bounce, Leinster’s penalty advantage overturned on the evidence of a high tackle by O’Brien.

The right-wing more than made up for it when collecting Frawley’s crossfield kick, beating Aphelele Fassi on the inside and staying ahead of Kok for a fine try.

Full-back Fassi bounced back quickly, splitting defenders and finding scrum-half Jaden Hendrikse with an offload who was on hand to finish, Bosch’s conversion taking it to 17-14 at half-time.

Leo Cullen’s men looked to keep the ball in hand, O’Brien chasing Byrne’s kick, snagging Hendrikse and claiming a penalty on the floor for Frawley to slot the points in the 43rd minute.

Sensing the nature of the conditions, the ball was increasingly put to flight and Porter was spotted lifting a leg at a maul to invite pressure from the Sharks lineout. 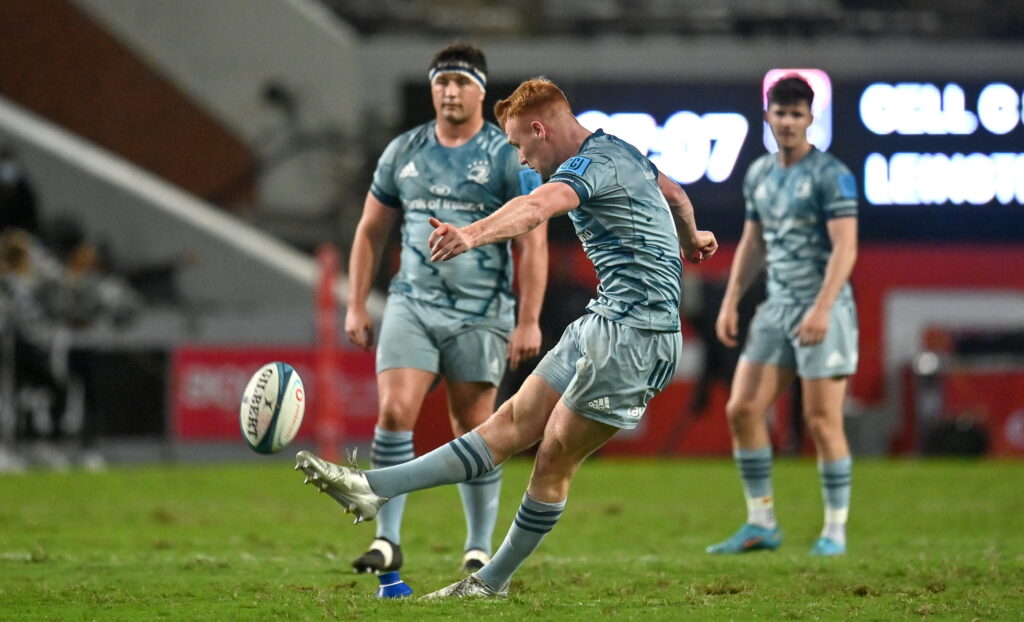 The weight of the pack was simply too much, hooker Bongi Mbonambi riding the maul to the line, the conversion pushing the home side in front.

Leinster were quick to reply, immediately winning back the ball,  Frawley punishing Sharks off the tee following an offside in the 53rd minute.

Replacement Josh Murphy was binned for illegal work at a lineout, a matter of accumulated indiscretions.

The Sharks maul was beginning to take over, rolling Leinster backwards from back-to-back lineouts. However, they managed to survive, lifting the siege through Byrne’s boot.

It was Leinster’s turn to move the maul, giving up ground when McCarthy’s launch kick led to another penalty and more maul pressure where Barron was binned for a side entry to reduce Leinster to 13 men.

The clinching try came when the Sharks got momentum at the scrum and Phepsi Buthelezi sprang from the base to smash over and nudge Sharks five in front.

Clever work from O’Brien earned a Leinster lineout inside the 22. A spill prompted a lightning breakout by Bosch where Cormac Foley’s tremendous cover tackle on Fassi to force a scrum.

Leinster needed to dig deep. A superb left-footed line kick by Jamie Osborne twice activated the Leinster maul, drawing penalties and a tap-and-go charge that was lost forward on the line.

It looked like that was it. But, another scrum penalty led to the binning of Kerron van Vurren and a last drive for glory which came up just short. 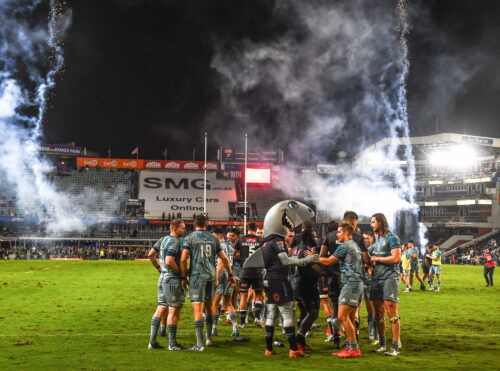 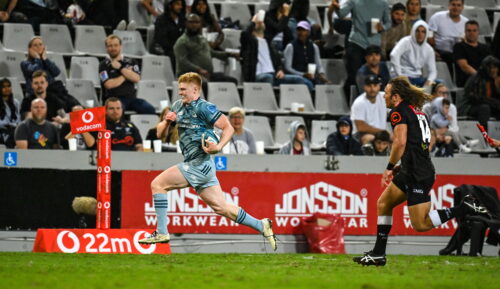 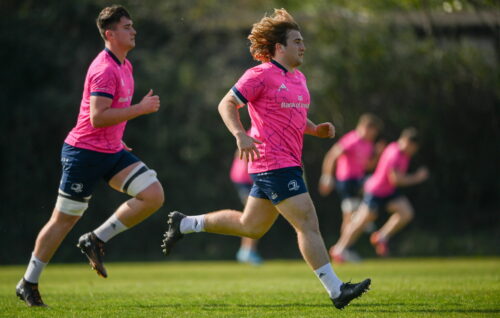 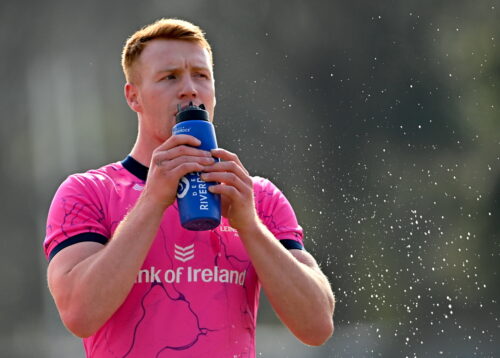 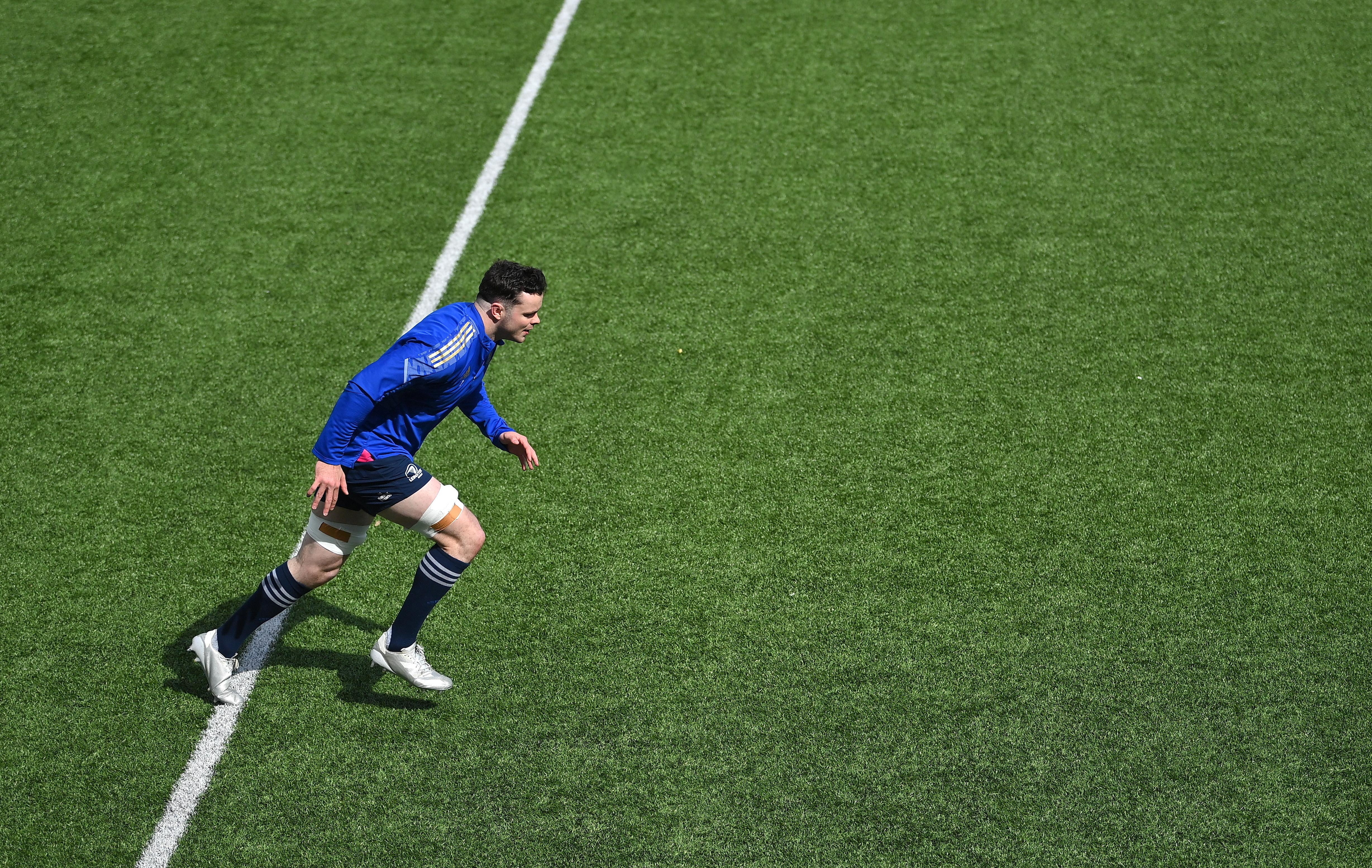