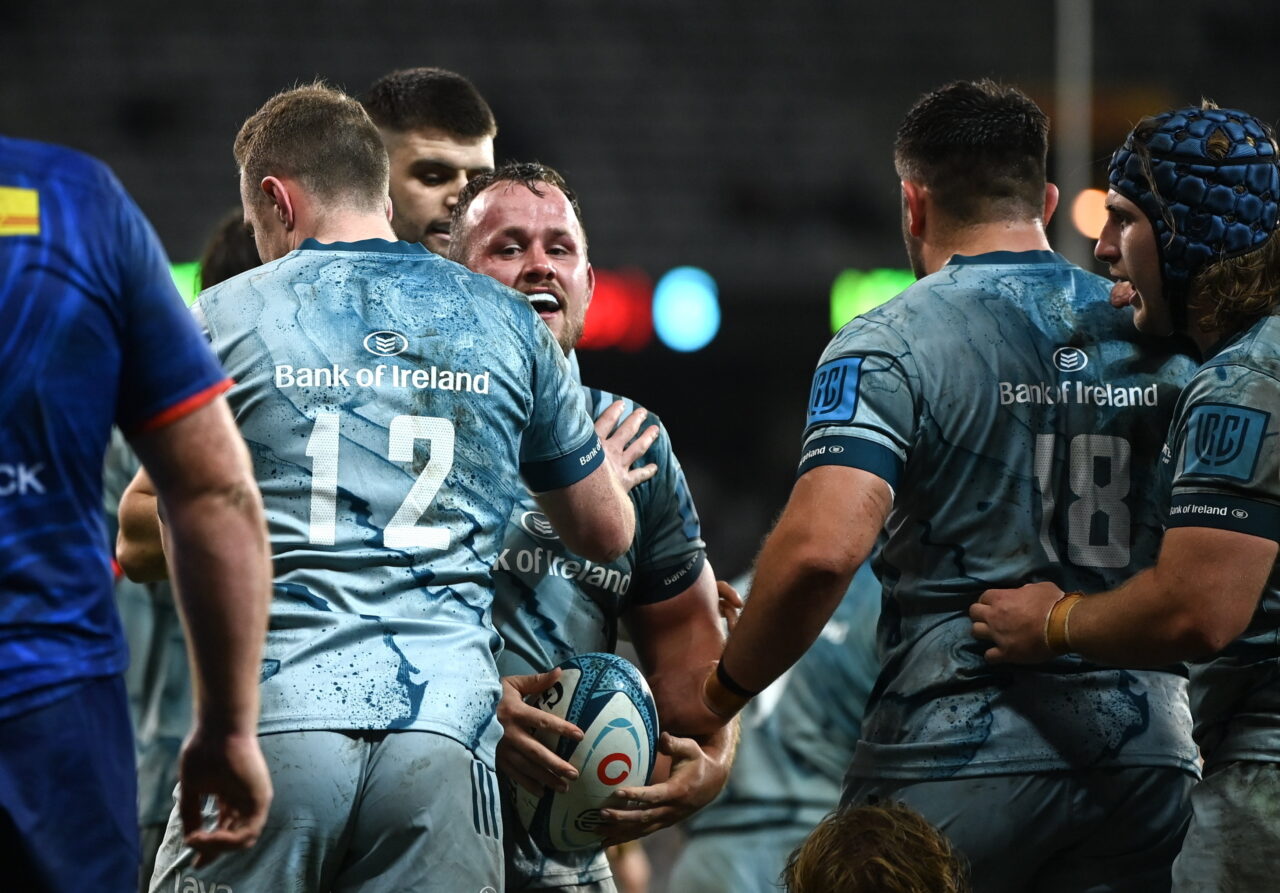 Leinster Rugby came away with a valuable losing bonus point from Cape Town that secured a first-place finish with one round left to play in the United Rugby Championship.

The Stormers had put together a string of six wins to be one more away from securing second place in the league.

If Leinster needed any reminder of the dangers posed by the in-form South Africans, they were rocked back on their heels by Damian Willemse’s mesmerising counter and fellow centre Ruan Nel’s finish after just 30 seconds.

Fortunately, the officials spotted an obstruction by Deon Fourie on Rory O’Loughlin to provide a reprieve.

Two penalties later, Leinster were on the front foot inside the 22 where Ciarán Frawley’s hands released Rob Russell on the right.

The optimism of both sides in playing the ball out of the tackle led to long periods of continuous play with a bout of long kicking thrown into the mix.

Leinster were coming under increasing pressure as No 8 Evan Roos carried directly and the passes were flashed to centres Willemse and Nel.

The home side was winning the battle at the breakdown where Paul de Wet won a penalty for Manie Libbok to kick the lead points. 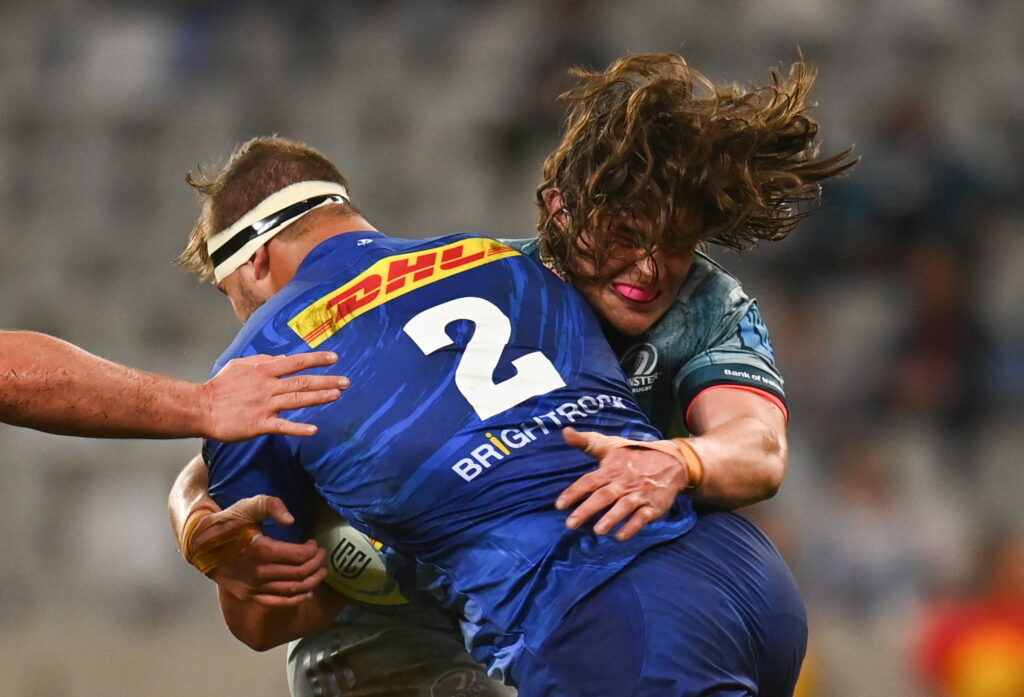 It didn’t take Leinster long to hit back though, applying pressure from the restart for Marvin Orie to give up a penalty easily slotted by Frawley in the 18th minute.

Then, Rhys Ruddock charged out of defence and Brian Deeny’s ruck work forced a penalty which Frawley arrowed between the sticks for 6-3 immediately after.

They were able to stay in front from Alex Soroka’s lineout steal and Cormac Foley’s tidy work on the floor.

Sure handling between John McKee and Soroka at the front of another lineout enabled Leinster to move forward.

The confidence of Foley under a high ball and Russell’s ball and man tackle on Seabelo Senatla were countered by a tremendous kick into the corner by Libbok from a penalty for offside.

Leinster would have learned from the defeat to Sharks that handing any South African side a five-metre lineout was a mountainous task to tackle.

The athleticism of Soroka meant another steal out of touch only for a scrum penalty to have them back in trouble again.

The unbelievable persistence of Josh Murphy at the maul allowed Leinster to come through on the ball and Russell kicked long for Jamie Osborne to force a knock-on out of Warrick Gelant.

The sound tackling of the province, led by Scott Penny, Ruddock and Frawley, kept the Stormers at bay all the way to the break. 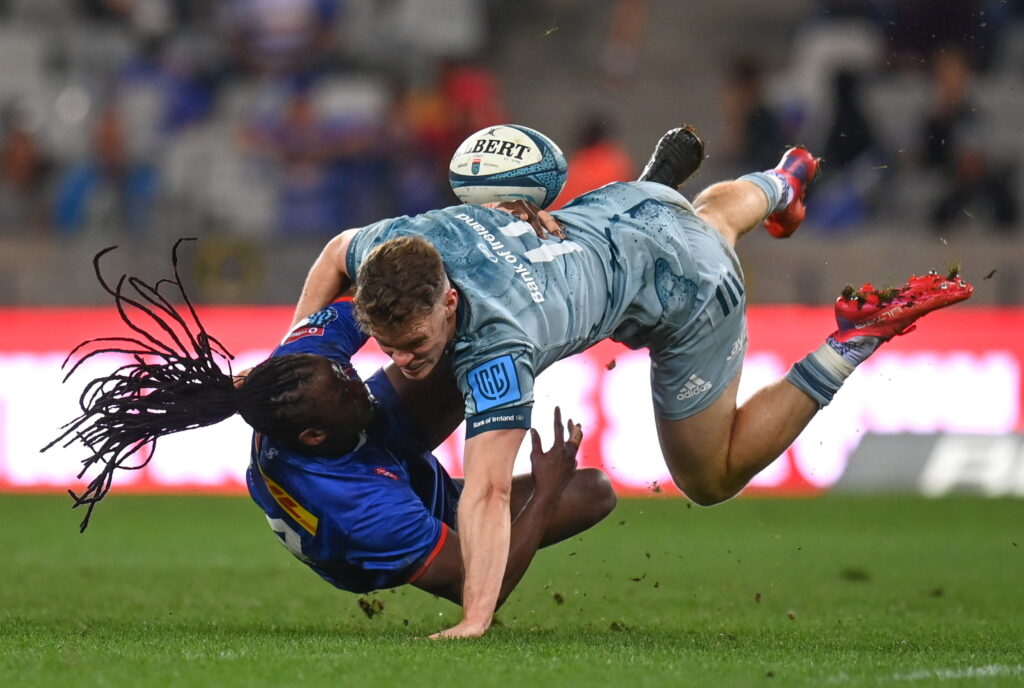 On return, the experienced Stormers went straight to their maul where a penalty accrued and, soon, McKee was binned for illegal work at another maul.

That was the straw that broke the Leinster defence as full-back Gelant had too much pace for Lee Barron into the right corner for 8-6 in the 45th minute.

Soon after, a loose Leinster pass in midfield led to a swarming Stormers attack in which Libbok’s improvised pass put Senatla away until Russell closed down the wing in sensational style.

Within a minute, Osborne somehow prevented Hacjivah Dayimani from grounding the ball.

One man up, the home side opted to move the ball from a scrum and Gelant’s timing held Russell long enough to put Senatla over on the right for 13-6 in the 54th minute.

A cracking surge by Foley on the fringes and link play between Penny and Frawley forced a penalty which Harry Byrne sent to the corner.

A metre-eating maul, orchestrated by McKee, drew another penalty and the subsequent lineout take by Murphy was turned into a try by Ed Byrne and a flawless conversion from Harry Byrne to tie up the scores in the 62nd minute.

Immediately, Stormers looked to hit back in a lightning attack, the defence of Foley, Osborne and Harry Byrne coming to the rescue.

However, Leinster to coughed up their own lineout in a dangerous area, quickly translated into a penalty try and a yellow card for Foley in the 66th minute.

A brave block-down by Frawley on Libbok and Osborne’s grab of Harry Byrne’s crossfield kick was foiled by Evan Roos snatching the ball at the back of a ruck.

The technique of Lee Barron, Murphy and Seán O’Brien allowed Byrne to make a textbook clearance from deep inside the 22.

They stayed true to their patterns, finishing on the offensive and sealing the all-important home quarter-final. 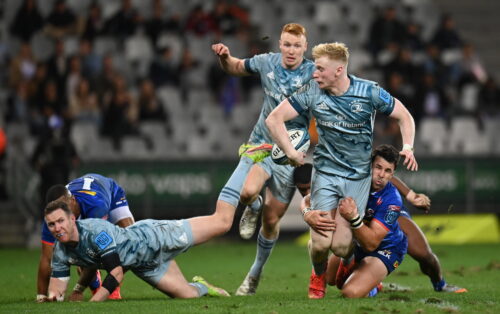 Gallery – Leinster’s first ever meeting with the Stormers 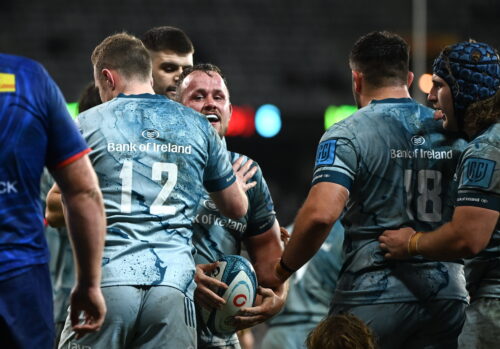 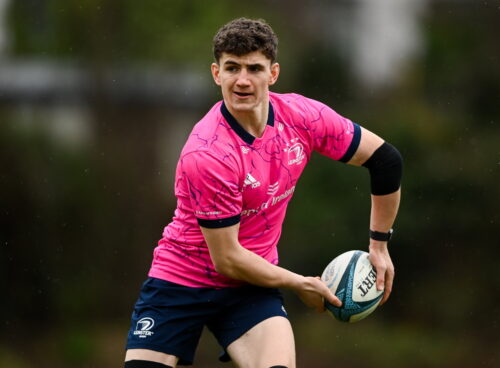 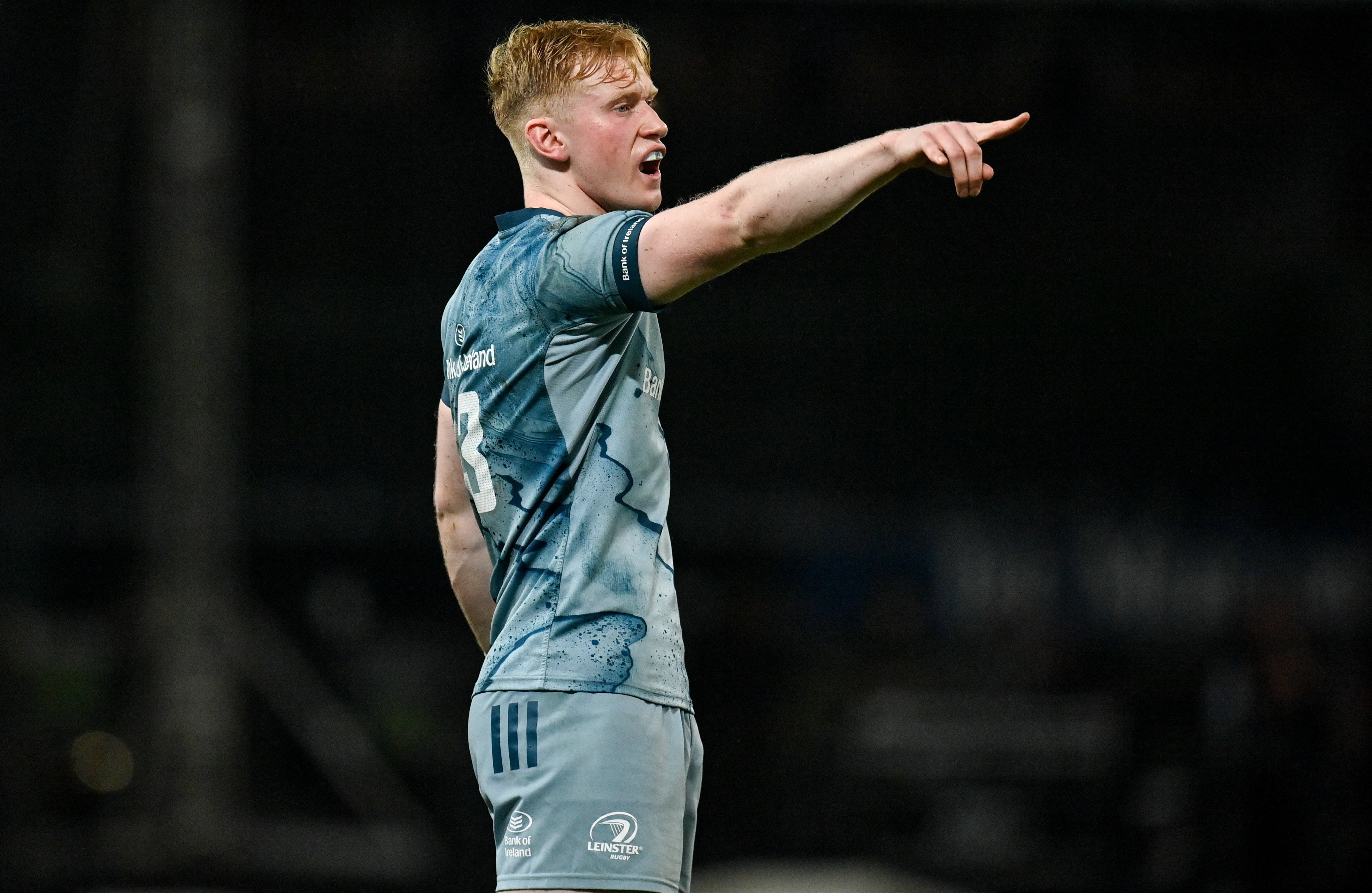