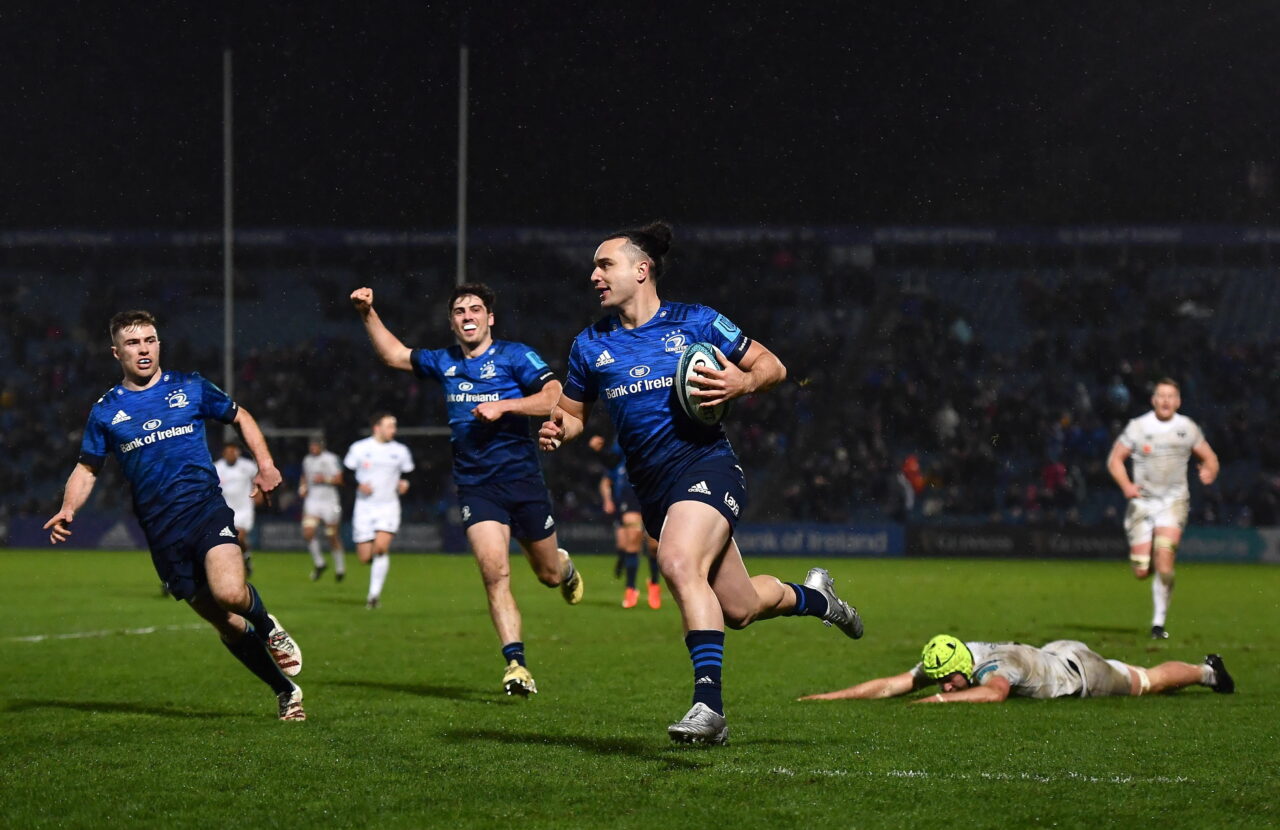 Leinster Rugby moved to the head of the United Rugby Championship with a win over Ospreys at the RDS Arena.

The try-scorers, Jordan Larmour, Cian Healy, James Lowe and Scott Penny, ensured the bonus point which took them four-points clear of Ulster, who are due to play at Dragons tomorrow afternoon.

The feeling-out process was played out in the kicking contest for field position until Leinster decided to do it another, more familiar way.

The phase game clicked into gear, Lamour ducking and diving, offloading for Jamie Osborne to put Martin Moloney snaking through the defence, eking out a penalty which Ross Byrne nailed in the fourth minute.

Ospreys first attack saw a dink over the top by veteran out-half Stephen Myler give centre Michael Collins a chance to scoop the ball up to Ethan Roots to test Leinster.

But, a scrum penalty allowed the home side to move away from danger, a clean lineout shifted left for Jimmy O’Brien to slide a grubber inside the 22.

Flanker Harri Deaves was a nuisance at the ruck, winning a penalty there and an immaculate Penny left-handed pass to put Dave Kearney in space came to nothing when the ball rolled forward on contact with the ground.

Morgan Morris’ mistake prompted a Ryan Baird burst. Unorthodox ball movement from the brothers Byrne, Ross and Harry, was central to the former’s grubber kick for Lamour to apply downward pressure to the opening try for 8-0 in the 22nd minute. 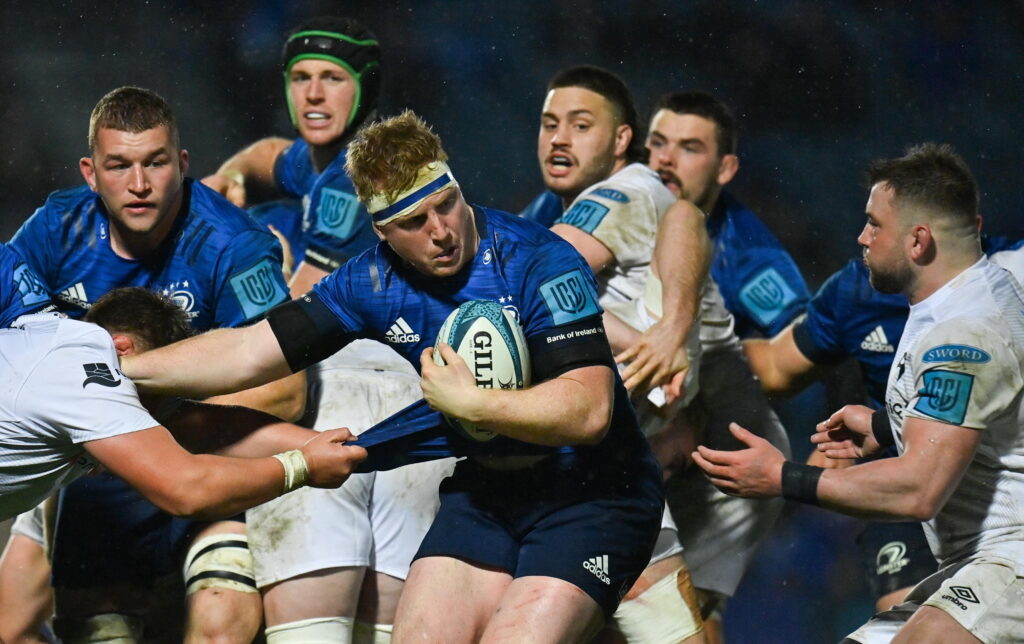 Leinster were beginning to get to Ospreys’ carriers behind the gain line where Moloney nabbed Luke Morgan for a penalty.

The footwork of Osborne beat the first man up, but Luke McGrath’s finish was called back for a knock-on by Michael Ala’alatoa.

There was compensation in a five-metre scrum. The repeated drives for the line saw No 8 Morris binned and Healy powered to the line for Ross Byrne to convert on the half-hour.

The Blues were starting to make easier metres, Max Deegan’s change of direction in midfield key in a promising attack.

The sustained pressure led to another five-metre scrum which somehow turned into a free-kick and a penalty against Leinster.

Back-to-back kicks by O’Brien and McGrath forced Harry Giles to give up a five-metre lineout, taken quickly to the front where Penny was denied the third try.

Ospreys generated a dangerous attack from Webb’s burst and kick ahead which Kearney defused by beating Giles to the ball at the end of the half.

A similar theme of kick-ball to start the second period made handling more difficult when the rain started to come down.

It made for a mess on the floor and through the hands as Leinster camped out in the Ospreys half, unable to make enough passes stick.

Ross Byrne’s front-foot tackle on Dan Evans and Larmour’s bump of Deaves into touch stymied the visitors before a scrum penalty allowed Myler to push the Welsh club forward just as replacements Lowe, Rhys Ruddock and Peter Dooley came on in the 53rd minute. 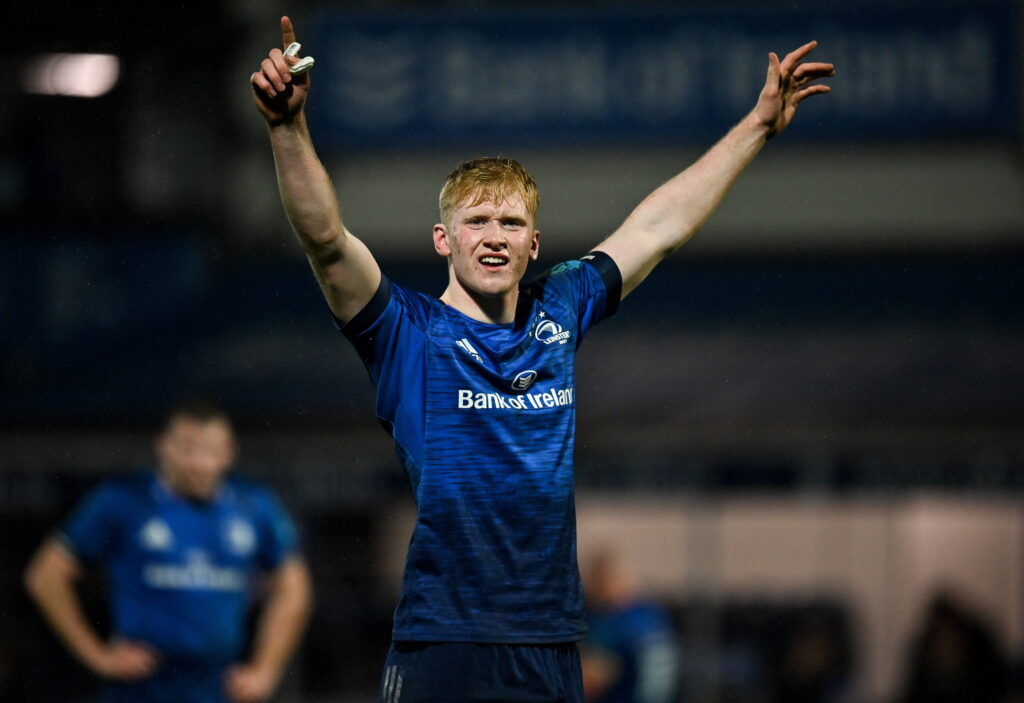 The Byrne brothers were spotted offside, giving Ospreys access to the 22 as Seán Cronin appeared for his 200th Leinster cap.

A touch of magic by Kieran Williams almost did the trick, Deegan and Cronin combining in a two-man tackle that had Ospreys going backwards.

Under the posts, Ross Byrne spied a crossfield ball to Jimmy O’Brien and the inside pass found Lowe on the move from the 22, the wing’s step and acceleration warming the crowd for a stunning third try from distance.

Straight away, scrum-half Webb slipped inside Baird at a ruck and swerved around McGrath for a fine try, converted by replacement Gareth Anscombe.

Leinster came hunting the bonus-point against a motivated defence, Ospreys assisted by the deteriorating weather.

A tackle off the ball and Ross Byrne’s kick into touch was the basis for Peter Dooley going close in what was becoming a slog.

When they next threatened the line, courtesy of a scrum penalty, a barrage of pick-and-drives ended with Penny sealing the bonus point.

It wasn’t quite over, Ospreys looking to run at every opportunity, Lowe countering for a turnover at the ruck and Jack Dunne stealing a lineout to keep the line intact and see out the victory. 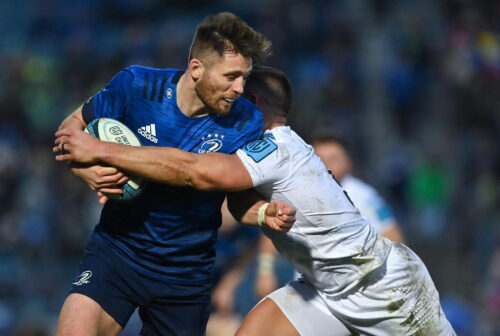 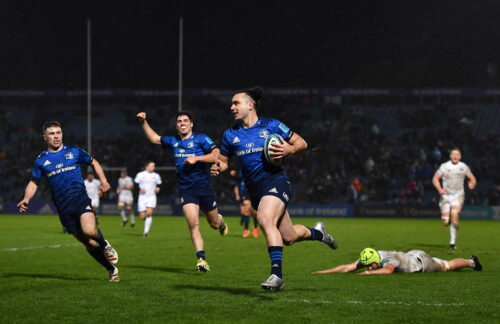 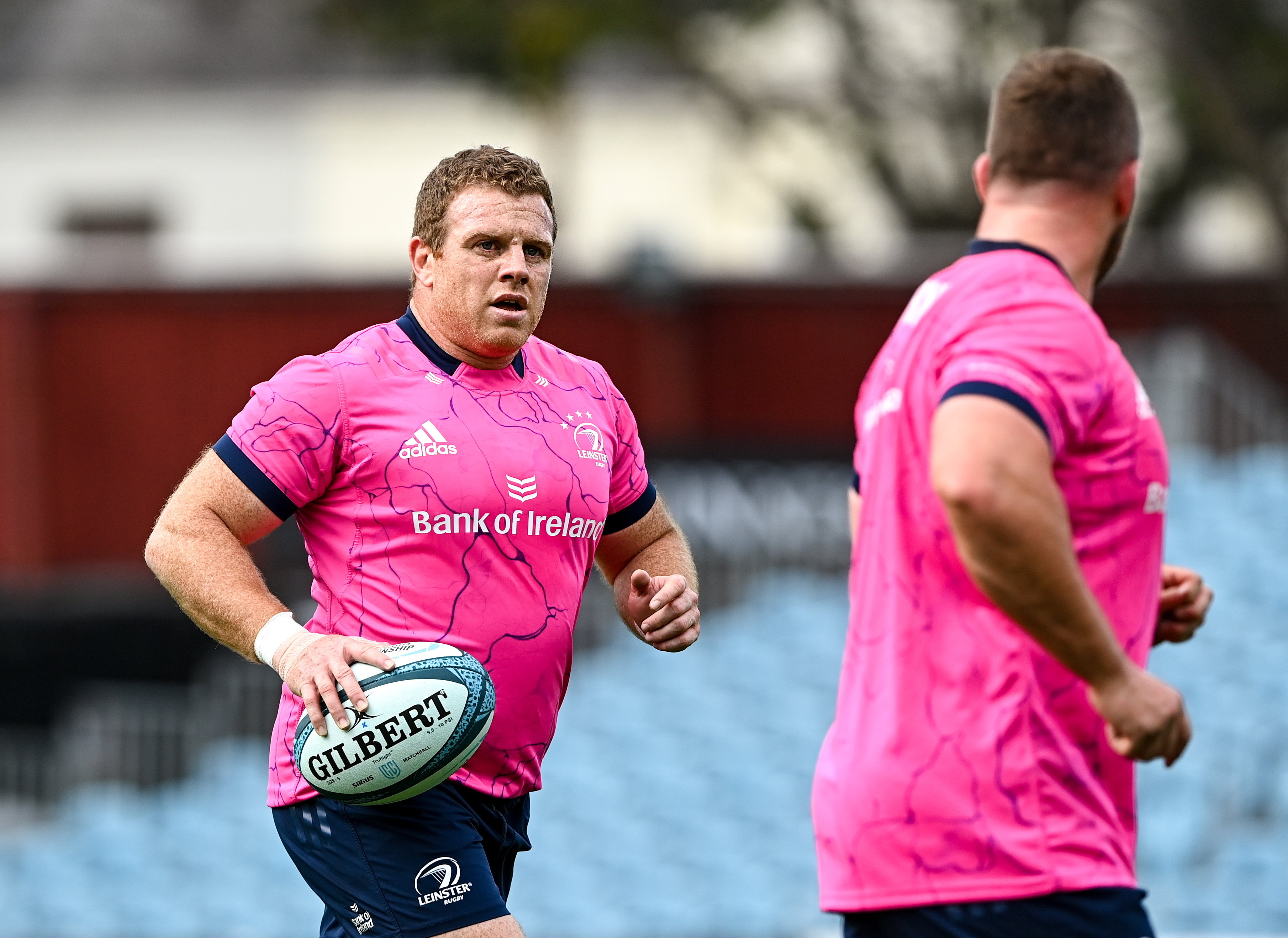