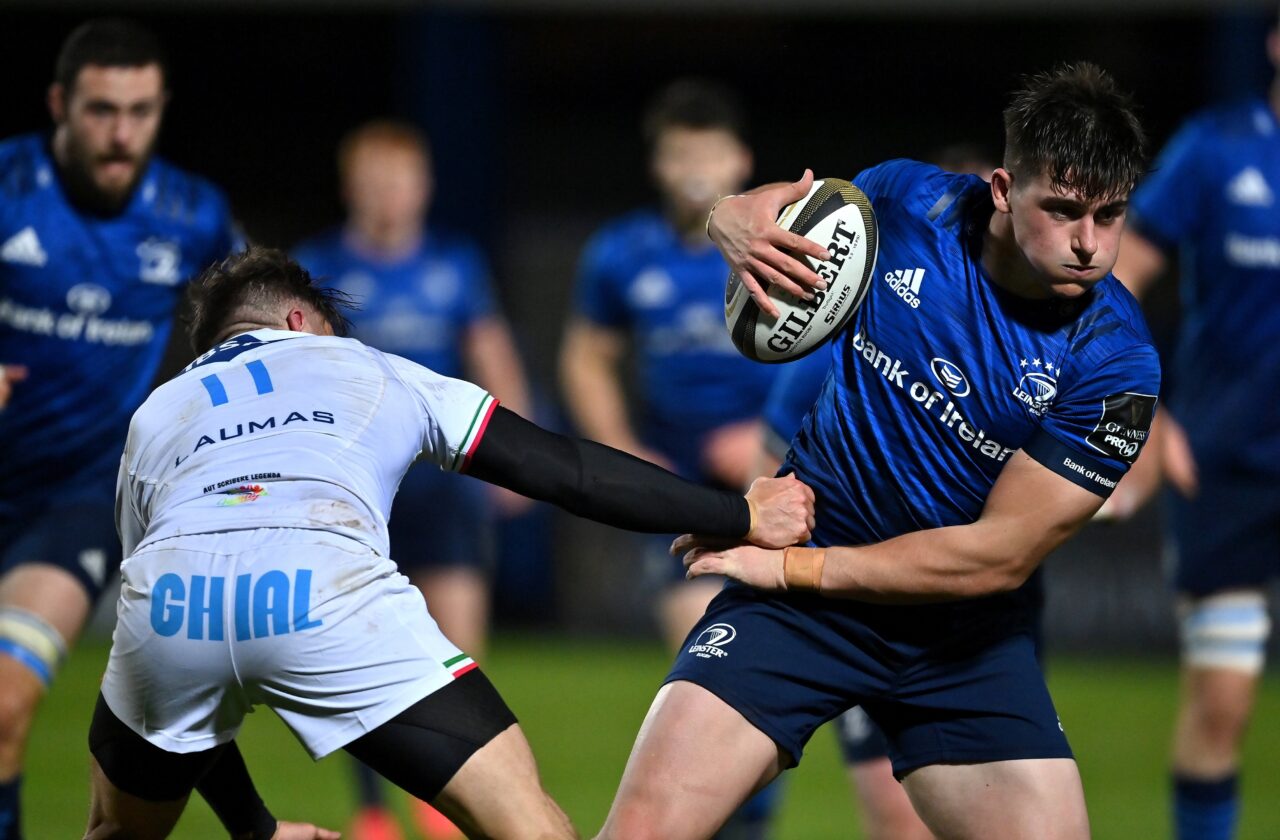 Debutant Dan Sheehan and Tommy O’Brien shared four of Leinster’s nine tries as Dan Leavy made his return to action for the first time in 19 months in Leinster Rugby’s 63-8 Guinness PRO14 win over Zebre.

Devin Toner collected and carried from the kick-off and centre Liam Turner, on debut, was straight into the game with a barreling burst to take Leinster forward.

It was in this first exchange that Ian Nagle met with a heavy knock that prompted his removal in the first minute.

Dan Sheehan’s first throw was won with some difficulty and Zebre trapped Turner behind the gain line with a hard-up defence.

Jimmy Tuivati forced a penalty out of Toner when the second row was isolated. It allowed Paolo Pescetto’s penalty to put the Italians over halfway.

A malfunction at the lineout was the trigger for Jimmy O’Brien to weave outside Jamie Elliott, Tommy O’Brien unable to hold onto the pass on the right touchline.

A back-peddling Leinster scrum was redeemed by Rhys Ruddock’s instincts for the pick and drive, Ross Molony and Josh Murphy doing well on the ball.

The security of Jimmy O’Brien under the high ball enabled Leinster to start a counter from halfway, Ruddock spinning out of a tackle and Peter Dooley trucking into traffic to tempt prop Alexandru Tarus into an indiscretion. 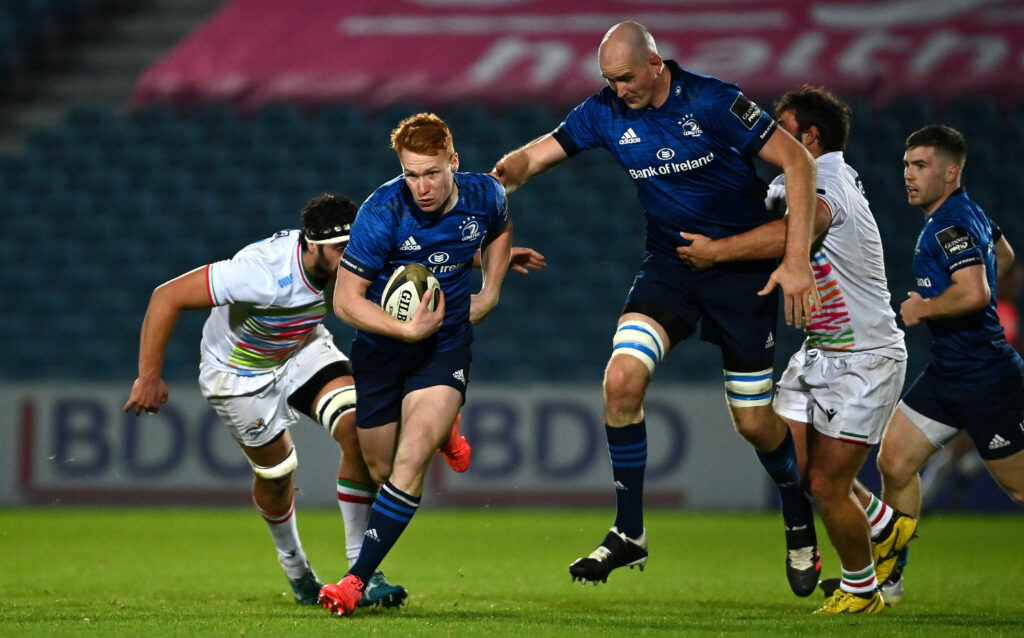 Harry Byrne angled a penalty to touch putting Leinster inside the 22 for the first time where Sheehan located Toner at a lineout. Scott Penny, Luke McGrath and Ruddock played their parts before Michael Bent powered over for the opening try, Byrne converting for 7-0 in the 14th minute.

The counter-rucking of Toner and Murphy almost counted for a turnover, the Blues scrum looked stronger and Dave Kearney took a tricky crossfield kick by Pescetto to spark an attack, Jimmy O’Brien’s flat skip pass sending his namesake Tommy up the tramline, his long kick tumbling into touch well inside the 22.

Hooker Marco Manfredi’s risky throw was grasped by Sheehan for a fine try on his debut, Byrne converting for 14-0 in the 21st minute.

Manfredi made some amends by stooping to conquer at a ruck, Pescetto driving the ball through the posts from 33 metres.

Another Jimmy O’Brien left-footed beauty returned Zebre to their 22 where the visitors were badly served by Leonard Krumov’s hands around the head of Ross Molony, giving up a penalty.

Leinster called on the skills of Sheehan as a thrower and ball-player to send Kearney over the top of Pescetto for the third seven-pointer on the half-hour.

Just when Pescetto created a chance for Manfredi to get in behind the first line of defence, Jimmy O’Brien was on the spot to clamp down for a penalty.

The bonus-point wasn’t long in coming, Ciaran Frawley being direct in his carry and Luke McGrath’s deft switch putting Tommy O’Brien scampering away to the sticks, Byrne converting with ease for 28-3 at the break.

That man Sheehan was the main beneficiary from Leinster’s alert attitude on the restart, the hooker crashing over on the right ahead of Byrne’s fifth conversion.

Outhalf Byrne’s sleight of hand sent Frawley clear. Sheehan was prominent once again before indiscipline cost the home side their position in committing back-to-back penalties.

Pescetto wasn’t interested in the posts, twice opting for lineouts, Ruddock finally ending their attack by snaring Pierre Bruno for a penalty.

This was the signal for coach Leo Cullen to make a host of replacements as Ciaran Parker made his debut in Blue and Dan Leavy appeared for the first time since March 2019. 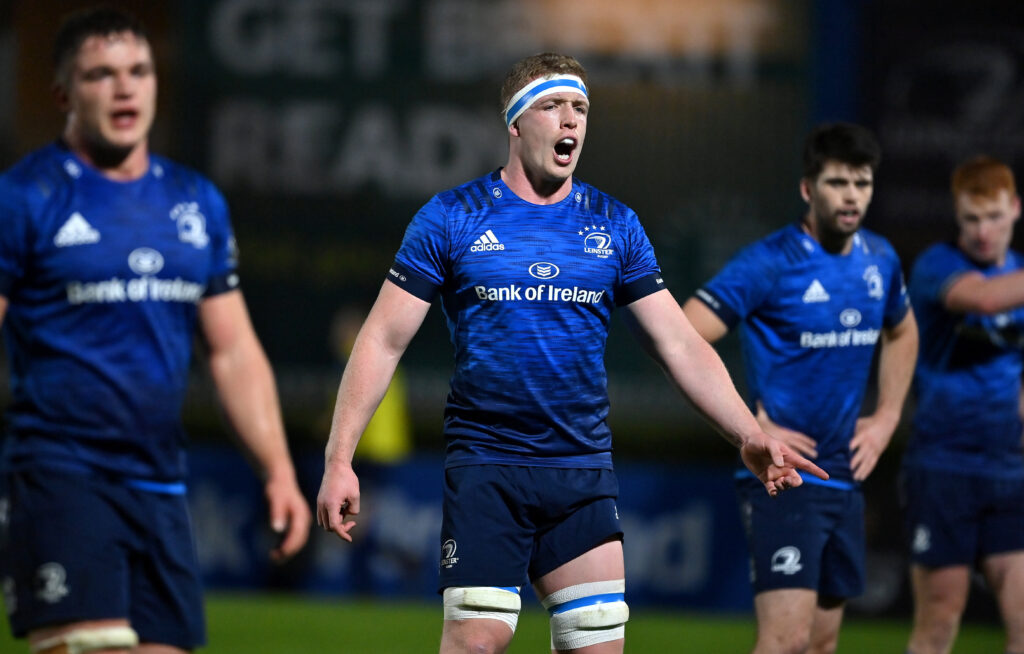 The trend in Frawley hitting it up from the lineout almost undid Zebre and Josh Murphy was on hand to make the line, Byrne notching his sixth straight conversion in the 56th minute.

The variety to Byrne’s kicking game was impressive and Turner’s ball pressure on Joshua Renton allowed Tommy O’Brien to set up an attack, Hugh O’Sullivan’s precision pass taken home by Ciaran Parker on his debut for Byrne to convert on the hour.

The one-way traffic continued as Leinster rattled through the phases without the finish to match as Michael Silvester became the fourth man to debut for Leinster.

Out of nothing, a chip from Renton was picked up by Antonio Rizzi and his kick through was collected by Michelangelo Biondelli for their sole try of the night.

Then, Scott Penny’s in-to-out line onto Byrne’s simple pass was too much for a deflated defence and it looked like the perfect end to the evening when Leavy’s work rate looked to have secured him a try on his return only for the officials to overrule it. 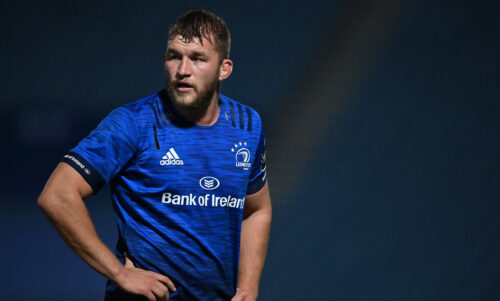 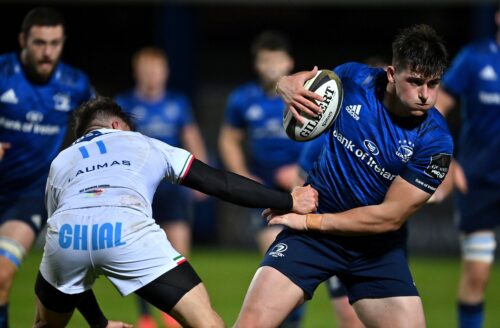 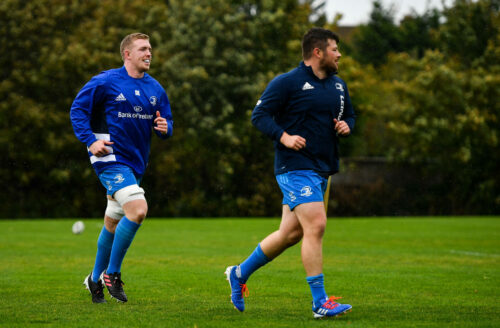 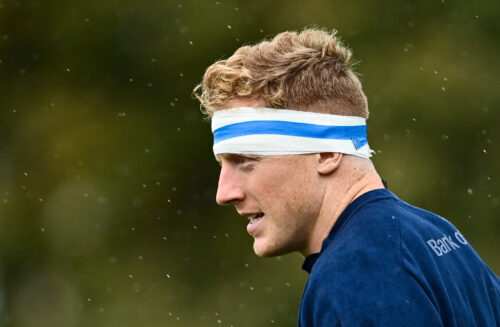 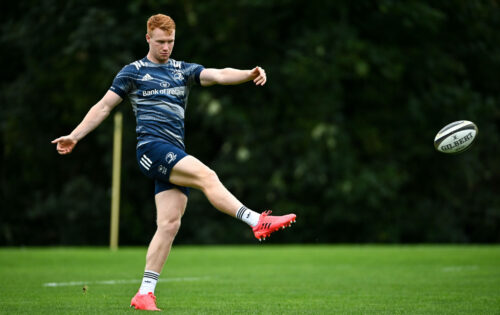