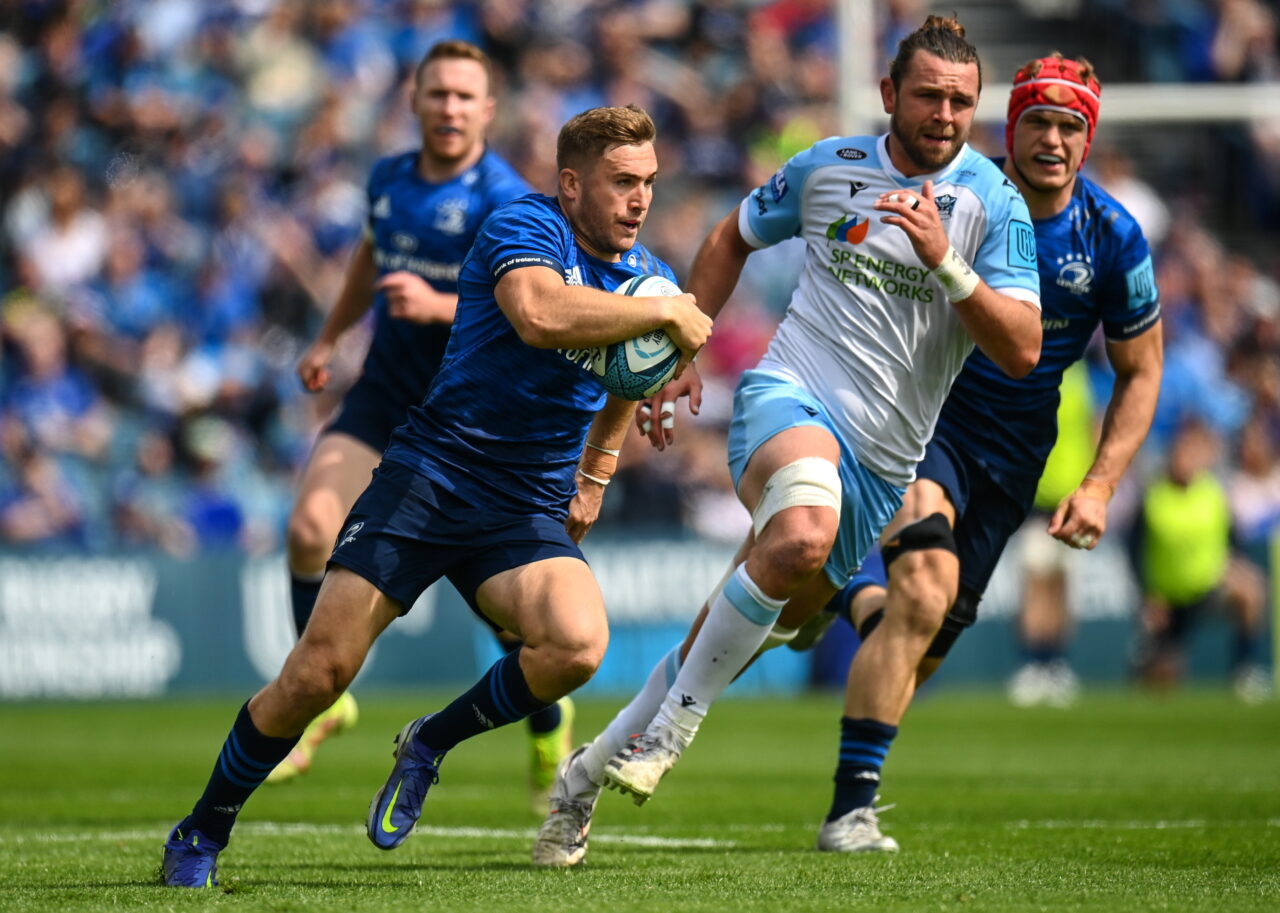 Leinster Rugby booked their spot in the last four of the URC with a resounding 12-try victory over Glasgow Warriors at the RDS Arena.

Among the tries, there were braces for Dan Sheehan and man of the match Jordan Larmour while Joe McCarthy registered his first points for the province.

It had been the visitors who struck first, benefitting from some early pressure when Zander Fagerson burrowed through from close range.

Ross Thompson added the extras and Glasgow had their tails up. That confidence was built upon when they managed to stop Leinster in dangerous territory moments later. 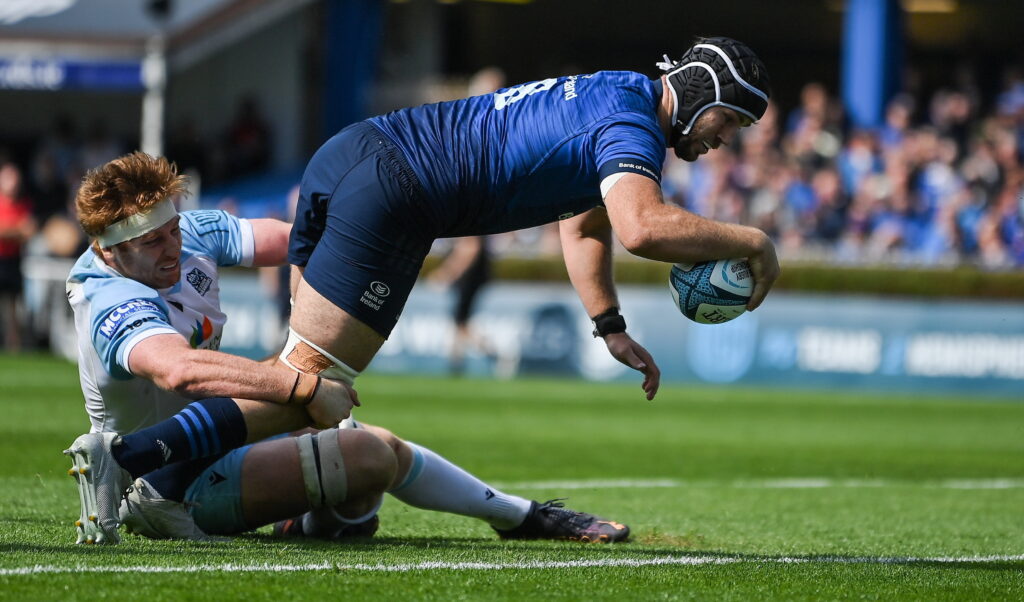 However, a TMO check on an incident at the ruck involving Richie Gray and Jamison Gibson-Park led to the Scotland second row being yellow carded and what would have been a Glasgow lineout was sent down the line by Ross Byrne.

A powerful maul effort from Leinster shoved Sheehan over for his first of the day.

It was just three minutes later when Larmour took flight from midfield and exchanged passes with Gibson-Park before adding a second for Leinster.

The third try in eight minutes came after a lengthy TMO check and it was a first senior score for Academy second row McCarthy.

By now, Leinster were looking clinical. Glasgow did have their chances but aware defending by Tadhg Furlong in the channel and a clever bit of work from Larmour prevented them adding any points.

Sheehan’s second, and Leinster’s fourth, a carbon copy of his first, arrived in the final minute of the half to give a sizeable cushion at the break. 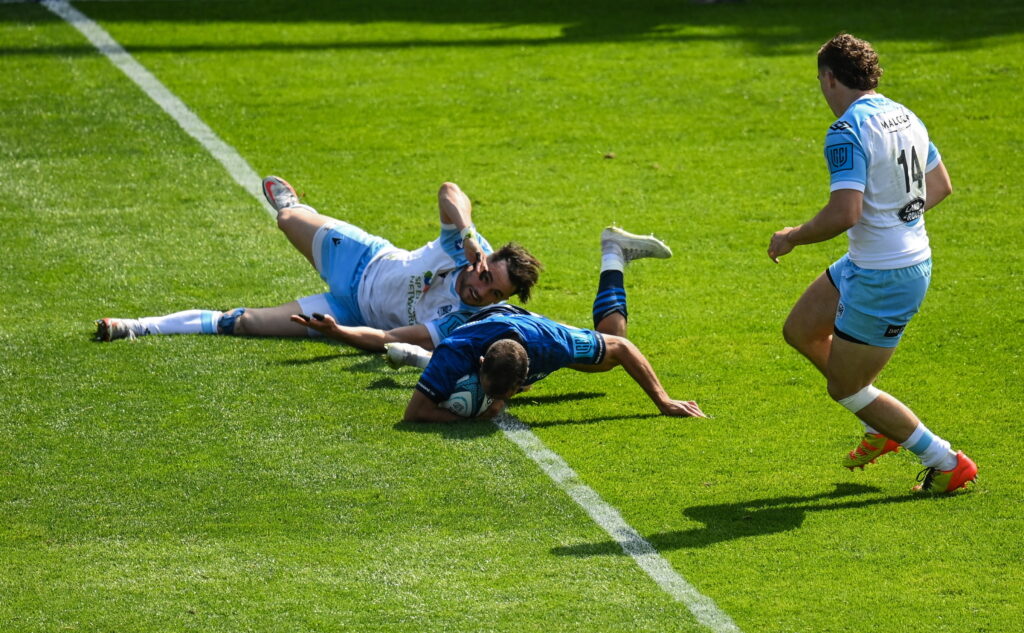 There would be no let up in the second period as Caelan Doris and replacement Michael Ala’alatoa both crashed over in the first 10 minutes of the second half.

Gibson-Park and Garry Ringrose scored in quick succession soon after as the game opened up and the Leinster backs, Larmour in particular, took full advantage.

The former St Andrew’s College man got his second after 63 minutes before Ciarán Frawley ran back an interception for Leinster’s 10th try.

Luke McGrath got in on the act in the 70th minute with Harry Byrne now on kicking duties and Jimmy O’Brien had the final say as Leinster sealed a semi-final date with the Vodacom Bulls.

Glasgow did have a consolation midway through the half through George Horne and could have had another late on but for an incredible dash back by Frawley to make the tackle, indicative of the home performance as a whole. 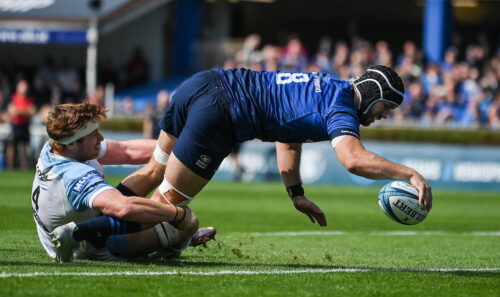 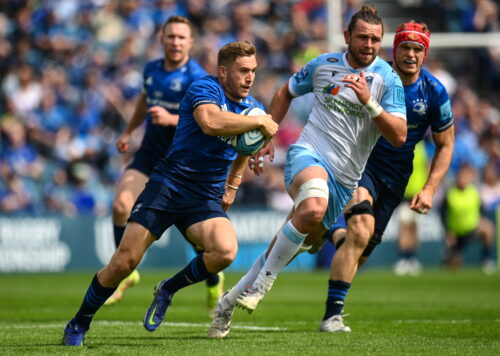 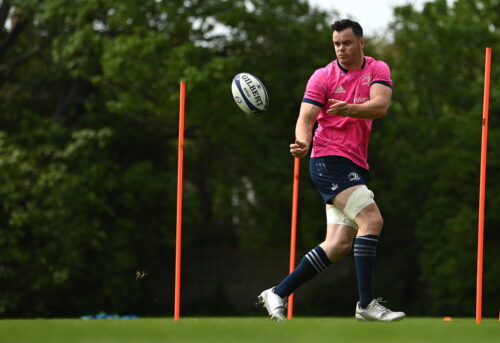 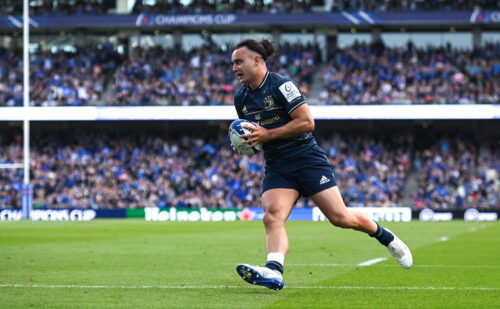