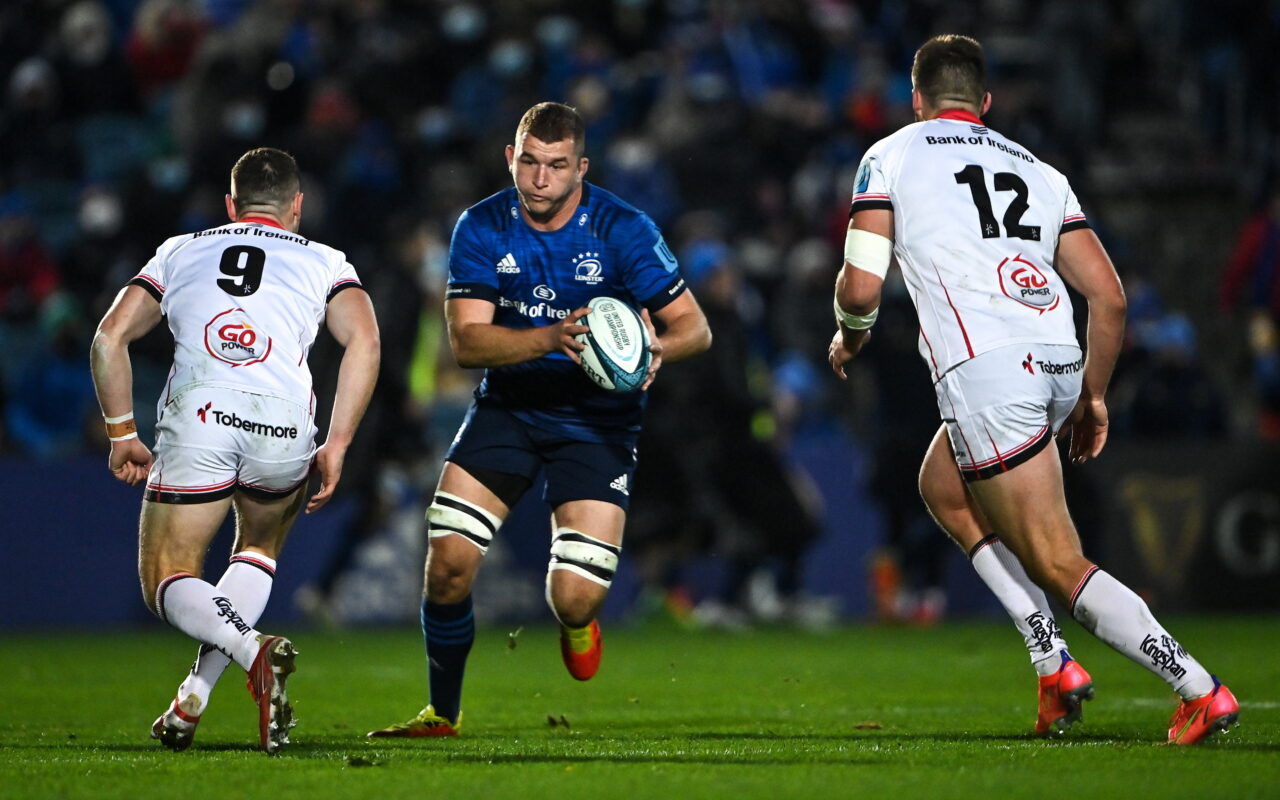 Ulster wrestled away Leinster Rugby’s unbeaten URC record with a late interception try to seal a 20-10 win in Round 6 at the RDS Arena.

This interprovincial derby was billed as a face-off between two in-form sides in the URC, Ulster looking to make a strong start with two driving mauls.

Their two-sided attack placed maximum pressure on communication. Robbie Henshaw had to be agile to reel in Michael Lowry and Scott Penny stopped David McCann in his tracks.

But when Devin Toner conceded a penalty and Rob Herring’s lineout connection to Greg Jones prompted a prolonged period of keep-ball in which Herring, Sam Carter and James Hume were all turned away.

When Ulster were given a chance to come again, Ross Molony was eagle-eyed in snapping up a penalty for his breakdown work.

Just when the home side threatened to come away on the counter, Ciarán Frawley lost his feet at a ruck for John Cooney to pull his penalty left of the posts.

There was a sense Ulster needed to take points away from their domination of territory, Cooney’s high ball causing Jimmy O’Brien to spill into touch.

The hands of Marty Moore and outside break by Hume allowed flanker Jones to blast inside for the opening try, converted by Cooney in the 17th minute. 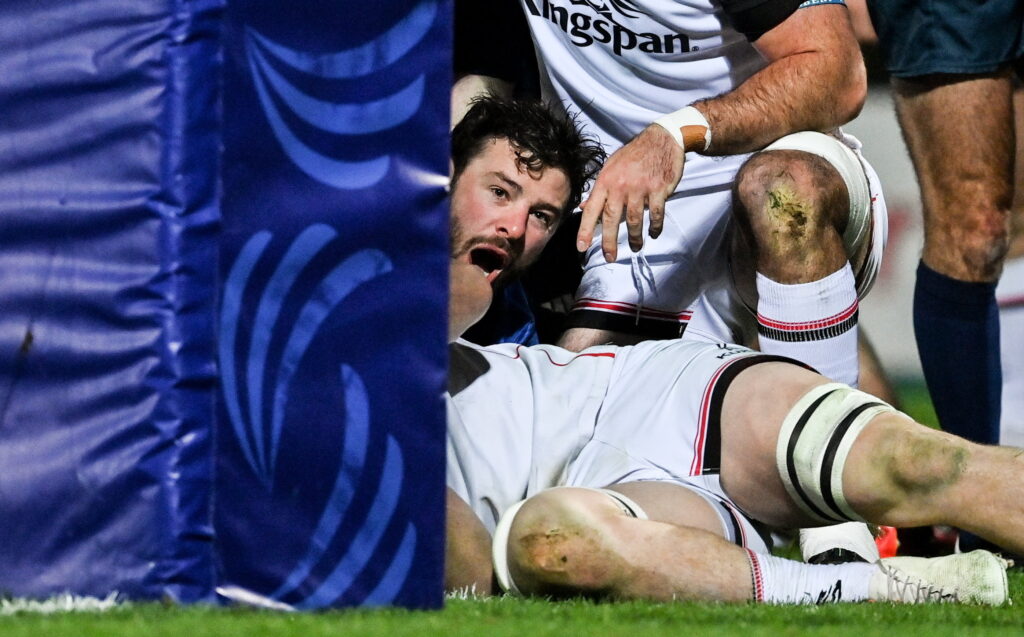 Again, Leinster tried to move the ball into space on their way upfield, Nick Timoney clamping down on Molony for a penalty to keep Ulster in charge.

The quick recycles were helped by Andrew Warwick and Carter breaking the gain line, requiring Henshaw to snatch an important turnover penalty.

In the 24th minute, it took back-to-back indiscretions for Leinster to generate their first attack, Frawley slipping the noose and executing a subtle offload for Molony to make ground.

However, they were driven back by aggressive Ulster defence and failed to make better use of an attacking lineout.

Even a superb Ross Byrne tackle and Frawley interception foiled by the centre being isolated when eventually taken to ground.

Toner nicked a Herring lineout throw. Frawley shot through a gap and Craig Gilroy pushed Luke McGrath to the floor as the contest heated up.

Billy Burns got outside Rhys Ruddock only for full-back O’Brien to come to the rescue before Hume’s high tackle on Ross Byrne.

Adam Byrne’s late line onto the ball and O’Brien’s fancy footwork on the touchline were key moments in Leinster’s best attack until Timoney cut it short at a ruck.

Ulster ended the half on the front foot, Tadhg Furlong penalised in a borderline decision, Cooney’s long range penalty drifting wide to leave it 7-0 at the interval.

The ball movement looked better for the hosts as half-backs McGrath and Byrne schemed away without ever creating mayhem, Marcus Rea winning yet another turnover penalty.

Scott Penny was unable to move away quickly enough at a ruck, enabling Cooney’s kick to make it a two-score game in the 48th minute. 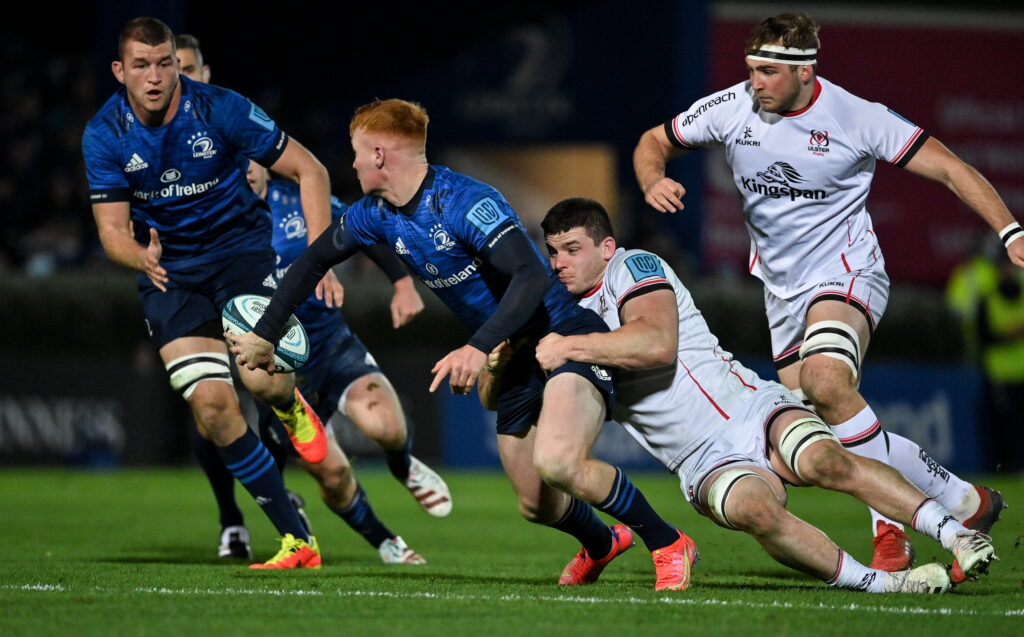 Then, a lack of control at a ruck by Ulster was all the encouragement Penny needed to come through and take off for 30 metres.

An infringement led to a lineout and a series of heavyweight drives at the whitewash, Henshaw reaching out for the try. Byrne converted with ease for 10-7 in the 52nd minute.

A Rob Lyttle chip forced Adam Byrne into the concession of a five-metre lineout which Leinster survived.

Will Connors first impact was to grab a penalty at a ruck. McGrath sniped the fringes. Penny added to the yards gained and Jordan Larmour was foiled by the vigilance of Hume.

Leinster went direct and Byrne slotted the equaliser when Rea overstepped the mark in the 65th minute.

That was undone when Max Deegan was spotted lifting a leg in the maul. Replacement Nathan Doak didn’t have to be asked twice to recover the lead in the 68th minute.

Molony took a ball against the throw to trigger an attack, spearheaded by the vigour of Henshaw, Connors and Peter Dooley which was resisted by the visitors.

Ulster centre Hume had the final say when grabbing an interception to accelerate away for a deserved double-scores victory. 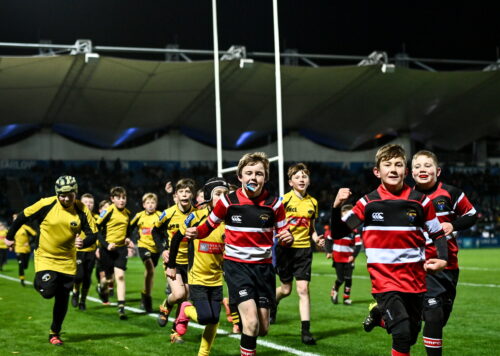 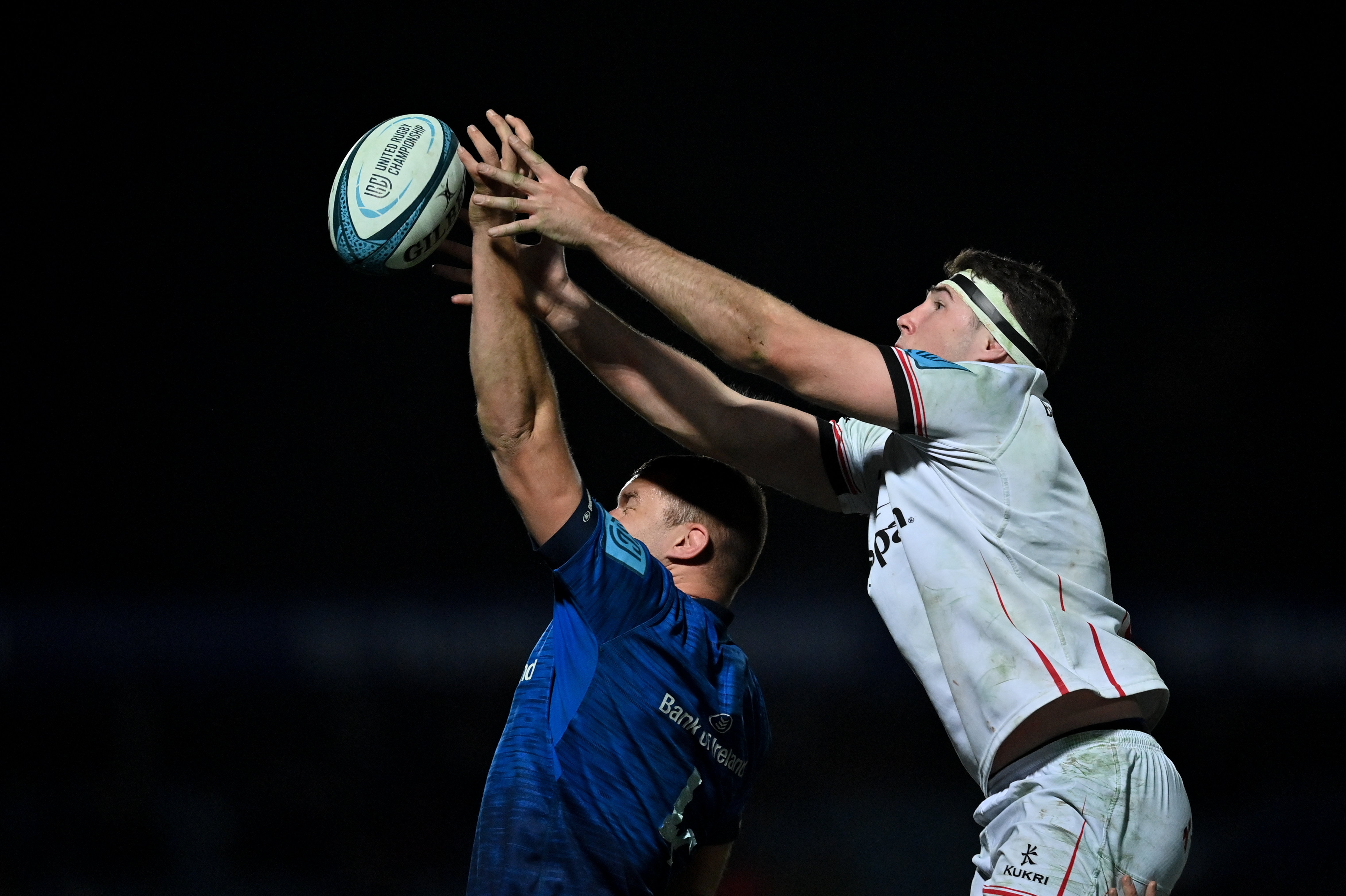 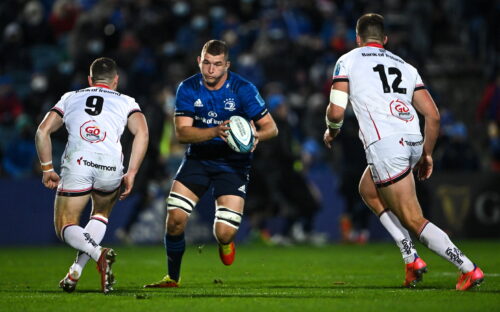 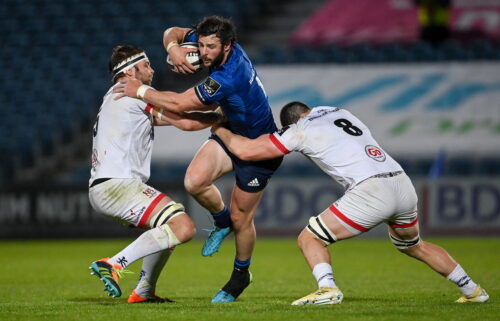