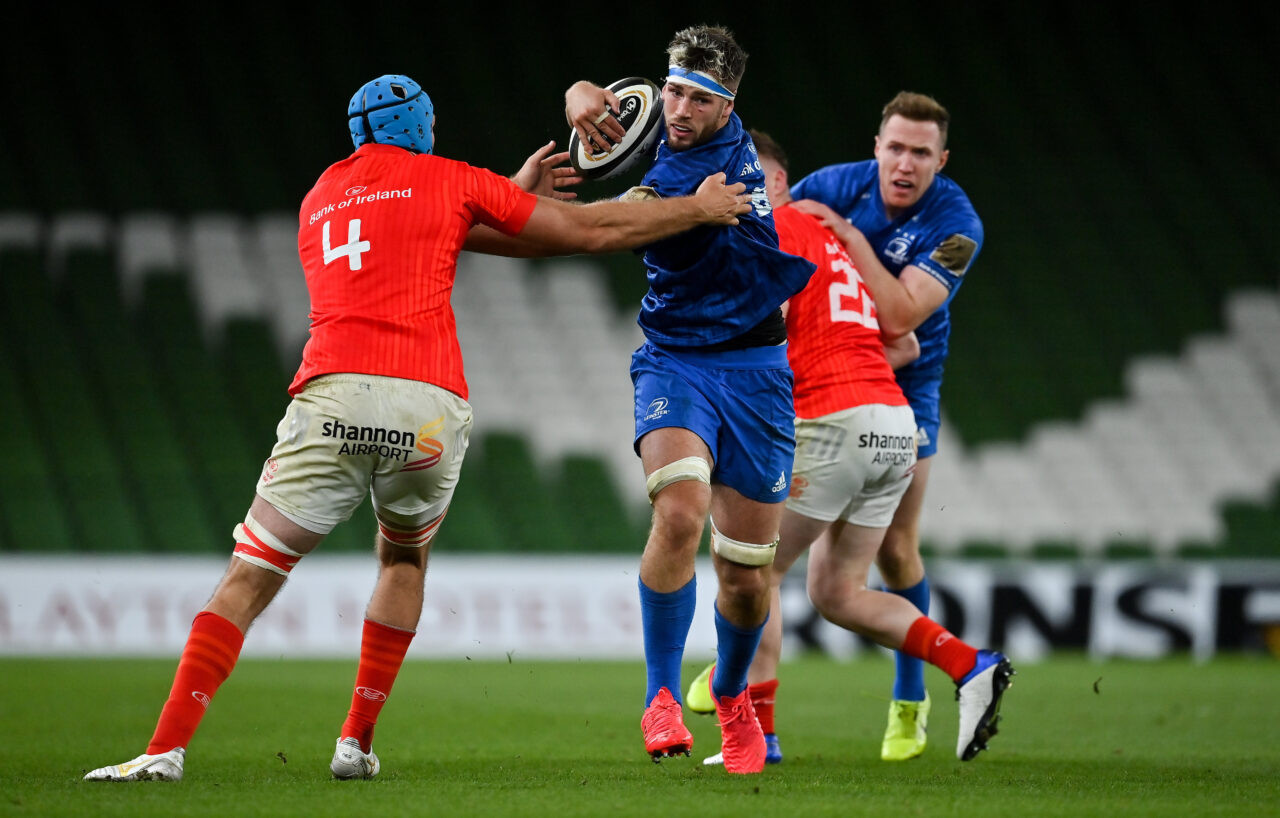 Leinster Rugby earned a shot at their third Guinness PRO14 title in-a-row after beating Munster Rugby 13-3 in the semi-final at Aviva Stadium.

22-year-old back rower Caelan Doris delivered an eye-catching player-of-the-match performance as Leinster advanced to their ninth PRO14 final in 11 years. They will face Ulster, the 22-19 conquerors of Edinburgh, at the Aviva next Saturday (kick-off 7.35pm).

Ronan Kelleher’s 27th-minute maul score proved to be the only try of tonight’s cagey contest, with Leo Cullen’s men breaking into a 10-3 lead by the interval.

Ever-influential captain Johnny Sexton kicked the other points, in response to an early JJ Hanrahan penalty. and it was a sweetly-struck Sexton penalty, 13 minutes from time, which neatly sealed Leinster’s fifth successive semi-final win in all competitions.

Sexton was narrowly wide with a 10th-minute attempt from around halfway, before the Leinster skipper led a choke tackle which suffocated a promising carry by Damian de Allende.

Having turned down a couple of long-range place-kicks in greasy conditions, Munster were unable to profit from a solid lineout platform and Leinster soon made them pay.

Seizing the initiative, Sexton’s long raking kick forced Keith Earls into an error. Now deep in the 22, the Leinster pack squeezed Kelleher over for his try, the young hooker brought to ground but managing to stretch out for the line and get the TMO’s confirmation.

Sexton’s pinpoint conversion was followed by a penalty right on half-time for a seven-point buffer. While Munster full-back Shane Daly impressed in the air, the Leinster forwards increased their influence with strong carries by Jack Conan and Cian Healy in the lead up to that close-range Sexton three-pointer.

Already missing some key men through injury, Munster’s in-form winger Andrew Conway was unfortunately sidelined early in the second half with Rory Scannell, their only outside back on the bench, replacing him.

Leinster continued to look the more threatening, James Lowe going close from Garry Ringrose’s kick through before the industrious Doris powered forward up the right wing.

Munster’s frustration grew as a crucial penalty was reversed for Daly impeding Lowe in the air, and a few minutes later, Devin Toner pinched their lineout. Hanrahan, the PRO14’s Golden Boot winner, also pushed two penalty efforts wide either side of the hour mark.

In contrast, Sexton’s final act of his 100th PRO14 appearance was to drill over a hugely important penalty from the right. It was Doris who did the donkey work to win the breakdown decision against a tackled Tadhg Beirne.

Munster built for a late onslaught and replacement Josh van der Flier’s 75th-minute sin-binning for not releasing offered them a chink of light, but the defending champions’ composed defence slammed the door firmly shut. 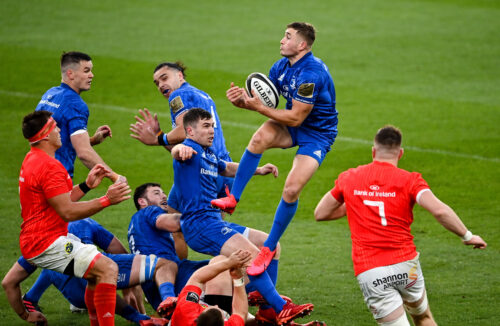 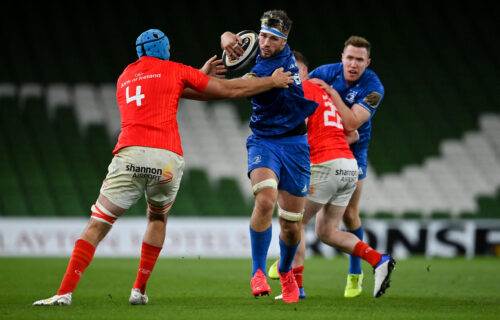 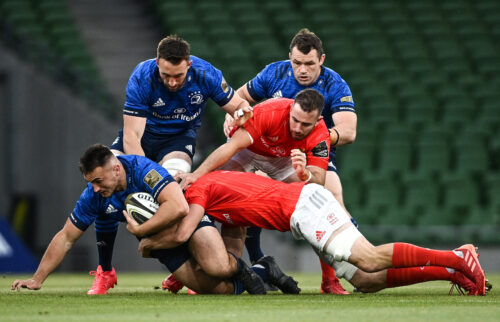 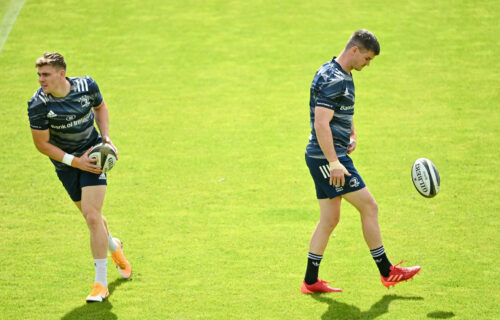