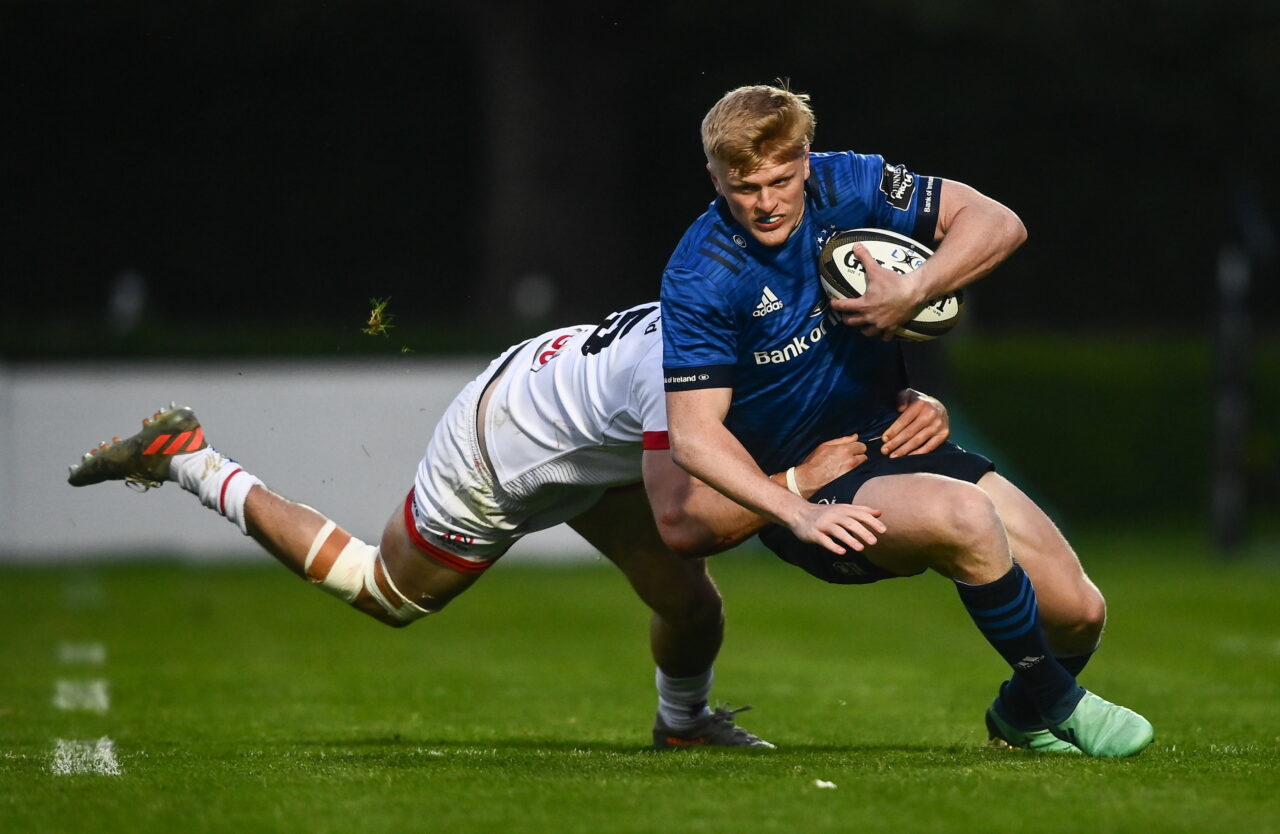 Leinster Rugby made it two wins out of three in the Guinness PRO14 Rainbow Cup, resisting a ferocious effort from Ulster at the RDS Arena.

The northern province came hunting a second win in 19 matches at the Dublin venue and they had to have a positive opening period.

The returning Caelan Doris made a significant carry from his first touch only to be held up for a turnover by Stuart McCloskey.

From the scrum, a wayward pass by Billy Burns was almost turned into points by the quick-thinking Jimmy O’Brien.

The willingness of Ulster to move the ball was met with measured defence which eventually tempted Jacob Stockdale into throwing into touch.

There was bite in the tackle and a fair bit of ball in the air, Dave Kearney swiping away Robert Baloucoune’s legs on the touchline, Josh Murphy nailing Stockdale and Tadhg Furlong nabbing James Hume as Ulster continued to own possession.

It didn’t disrupt Ulster’s rhythm too much, Nick Timoney breaking tackles before Eric O’Sullivan spilled the pill no more than five metres out. 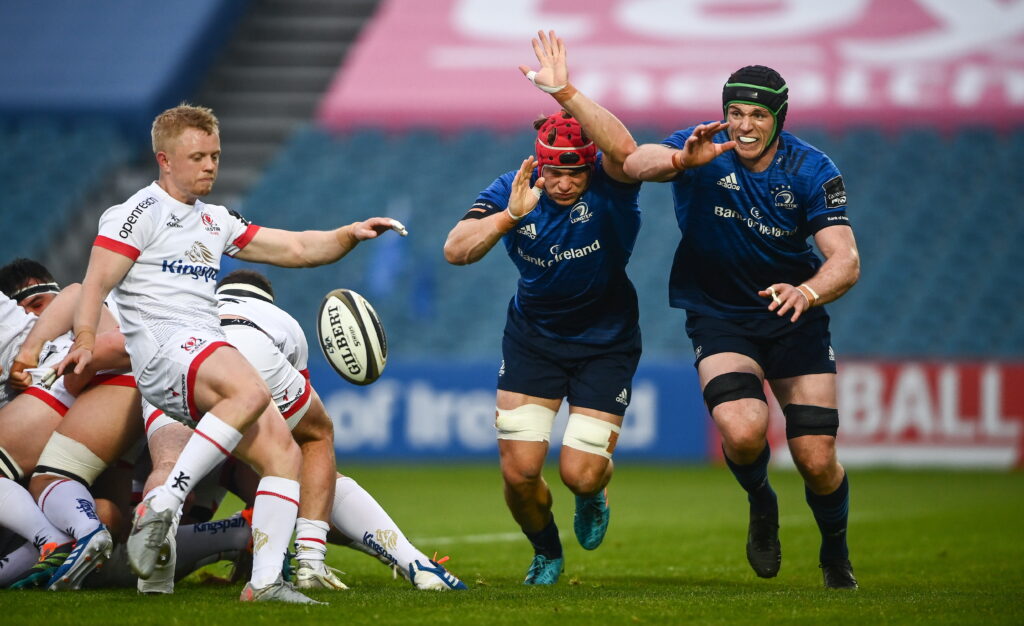 Seán Reidy’s side entry into a ruck allowed Leinster to relieve pressure. But, the Leinster lineout misfired and the scrum was twisted into submission, Timoney setting off up the left.

This time, Stockdale resisted Kearney’s contact and executed the overlap for Baloucoune to stretch away to the right corner.

Leinster responded and a Byrne right-handed block on Burns caused a counter-thrust, Seán Cronin almost getting beyond the alert Baloucoune.

The speed of Ryan Baird to the ruck, a hard line from Furlong and Robbie Henshaw’s burst could not break Ulster for anything more than a penalty.

Josh van der Flier took the tap-and-go and Cian Healy drove on with Cronin and Doris on his hips for the try.

It took Doris’ steal on Burns, Byrne’s left-footed clearance, Ryan’s low torpedo tackling and multiple efforts to drive Ulster backwards until Murphy was penalised for ripping the ball on the floor.

The patience, aggression and discipline of the Blues found the ultimate reward when Doris snatched a turnover penalty on the ground.

With the clock in the red, Jimmy O’Brien launched a monster touch-finder, leading into a wide-to-wide attack which pressured another penalty.

Ulster held the line for one last attack, Stockdale wrestling the ball away from Jordan Larmour just short of the line to leave it square at the interval.

The provinces were immediately back up to fifth gear after the restart, Furlong and Healy impressively combining in the loose.

Ulster made the early running, Burns missing left of the posts from a scrum penalty. 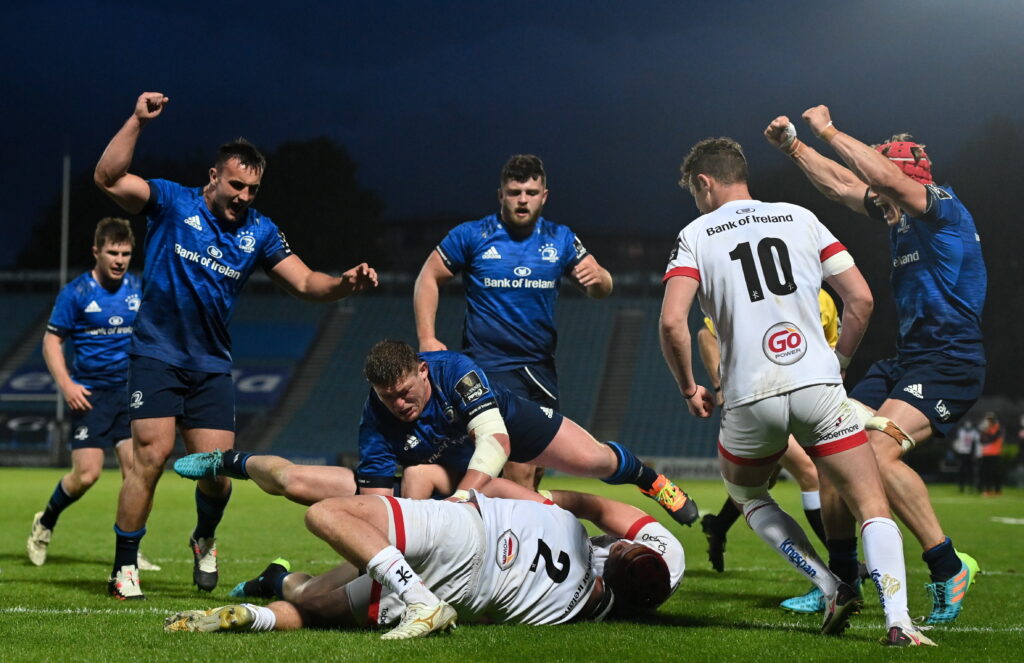 A tremendous charge by Rónan Kelleher and Henshaw’s grab of Luke McGrath’s bomb put Leinster on the front foot, Jack Conan taking a flat ball to beat Iain Henderson and Dave Shanahan for speed and movement to put the home side in front for the first time.

Garry Ringrose converted for 14-10 in the 55th minute.

Gradually, Leinster were edging the territorial battle, getting back to within five metres for Henshaw to batter out the final hard yards for the third try, Ringrose converting for 21-10 in the 63rd minute.

Hooker Kelleher was quick to see danger when Nathan Doak broke and, then, perfected a stunning steal at the ruck to stem Ulster’s latest attack.

It was Leinster’s turn to apply the pressure, Ian Madigan and Rob Lyttle kicking Ulster out of trouble.

Tommy O’Brien chased and collected his own high ball to keep Leinster on the move, requiring Tom O’Toole to knock the ball out of Larmour’s grip.

Still, Ulster were not done. They engineered what looked like one last attack, Madigan flinging a long ball for Craig Gilroy to make the left corner.

Madigan’s hurried touchline conversion sailed between the posts to keep alive the possibility of a miracle comeback.

The restart failed to travel 10 metres to provide Ulster with a scrum and one last play on halfway.

A knock-on was played on as Leinster chose to pursue a bonus-point, fourth try from deep inside their own half without making the breakthrough. 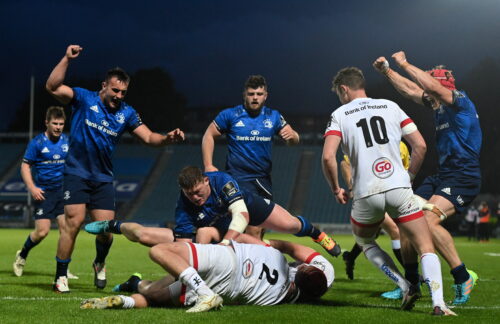 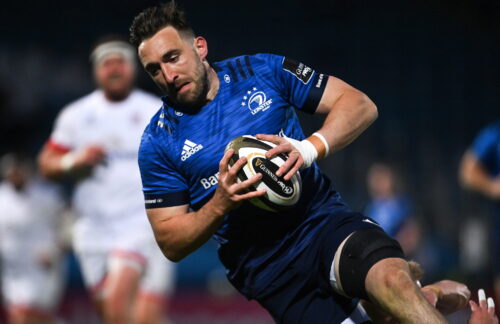 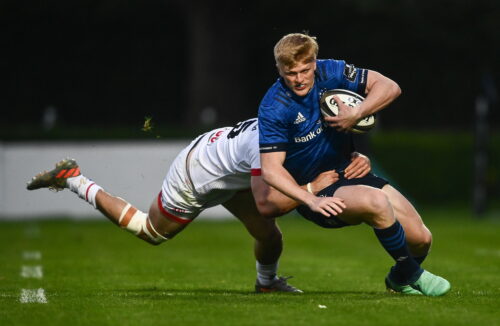 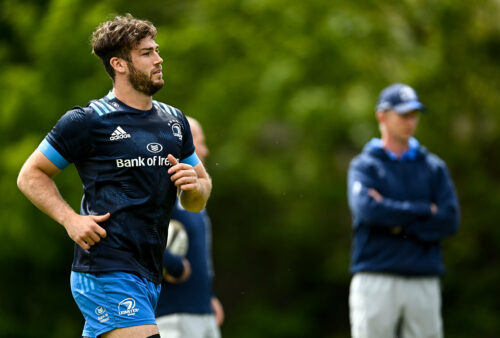 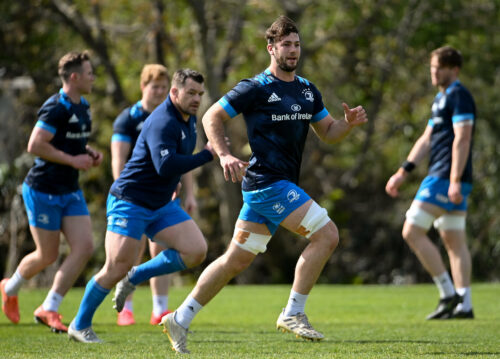 O’Brien and Doris back training ahead of Ulster test