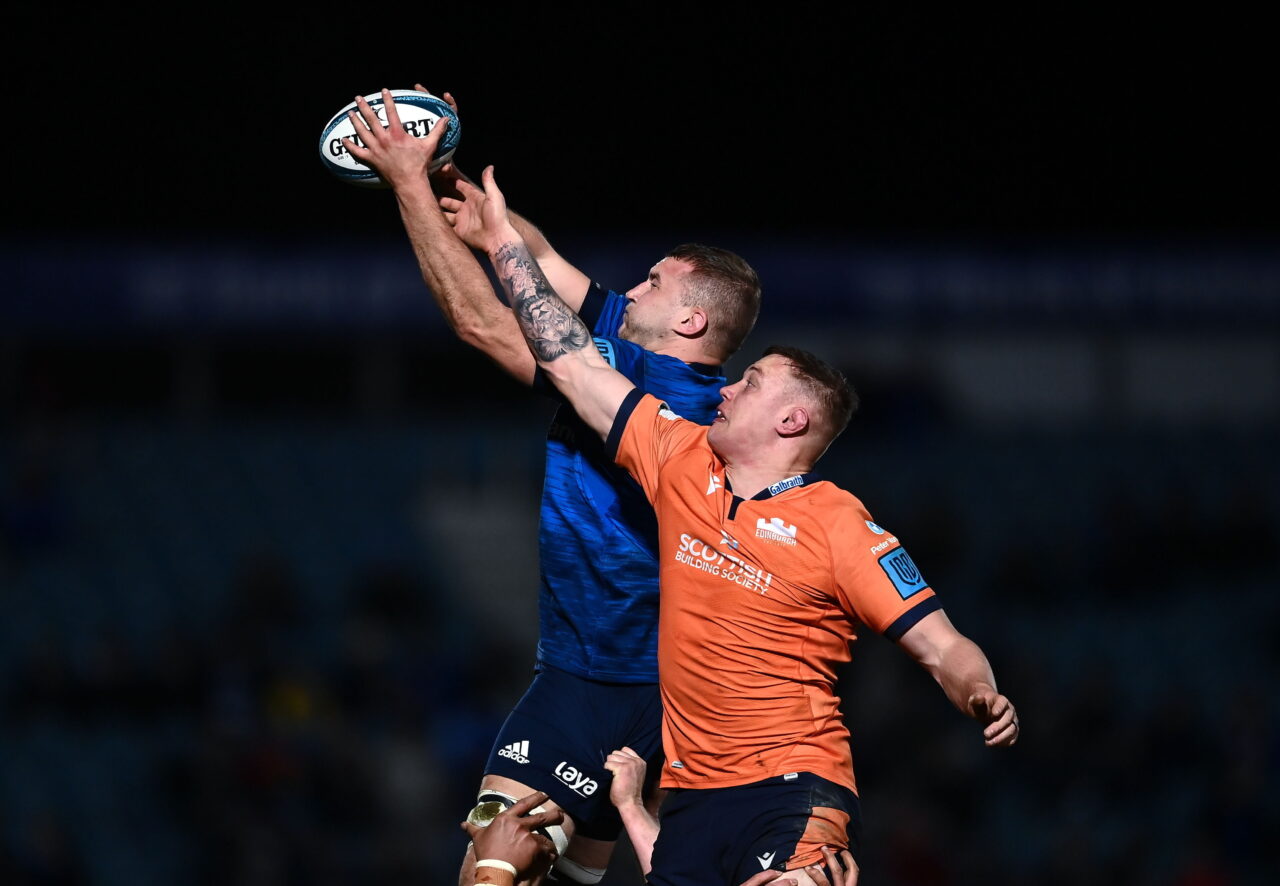 Max Deegan secured a bonus-point try in the 70th minute that takes Leinster Rugby to within a point of leaders Ulster at the head of the URC table.

Scott Penny, Nick McCarthy and Vakh Abdaladze were also on the scoresheet in a performance that was more notable for their defence.

Edinburgh entered into this one with six wins and one draw from the opening nine rounds, four points clear of Leinster, who have played a game less.

The Scots came to play, Henry Pyrgos clearing for Emiliano Boffelli to claim the ball in the air. But, the scrum-half’s second kick was not quite as accurate.

Leinster engineered a majestic breaking point through the middle with Ciarán Frawley and the returning Dave Kearney working in combination.

They couldn’t take care of the ball, Pyrgos again prominent in an opening sequence that ate three minutes out of the clock before flanker Connor Boyle forced a penalty.

Edinburgh chose to kick for the corner, hunting seven points. Boffelli went close on the right and the forwards hammered away from a five-metre penalty, only for Mesulame Kunavula to be denied by a second movement. 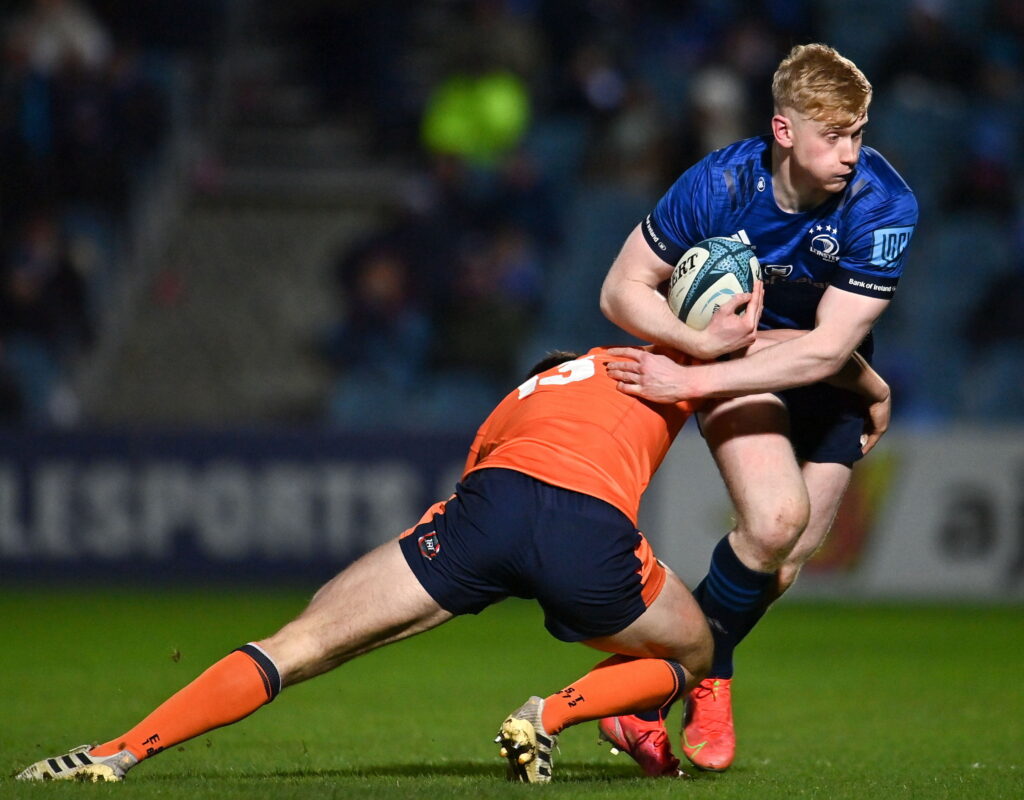 When Edinburgh decided to come again on the ground, Martin Moloney was ready to turn up the intensity with a cracking tackle which enabled Leinster to come away from a perilous position.

Jamie Osborne’s bravery in the air drew a penalty and Ross Byrne kicked Leinster to the 22 where Frawley and Deegan punched the ball up.

However, Connor Boyle was binned for a high tackle on Frawley, who was forced off, Harry Byrne coming into the game.

A series of drives from Michael Ala’alatoa, Moloney and Penny ended with the openside crashing to the line for out-half Byrne to convert in the 23rd minute.

A smart decision by Boffelli to come up hard on Osborne forced a forward pass to Tommy O’Brien and Pyrgos’ kicking game kept Leinster out of the danger zone.

The Byrne brothers were beginning to knit the moves together, Deegan splitting the defence, Moloney almost getting in and scrum-half McCarthy completing the job for Ross Byrne to add the conversion for 14-0 in the 33rd minute.

O’Brien had to be alert when Pyrgos sniped the short-side of a scrum before the play swung to the other end where Byrne turned down a kick for a fruitless attack as the half-time whistle sounded.

Early in the second half, Leinster hooker Tracy was quick to deal with Adam McBurney’s burst from a maul and Harry Byrne enveloped Boffelli after another lineout move.

It was third time unlucky from a lineout when Ross Byrne’s unintentional knock-on in the tackle on Pyrgos stalled Edinburgh’s attack.

From the scrum, Penny felled Kunavula. Ala’alatoa and Deegan were prominent in a collective effort that turned back a dozen drives from close range.

Another scrum. Another wasted opportunity. Edinburgh went to width where the final pass was forward.

It was a pivotal point in the contest, Leinster escaping without any concession and James Lang throwing another ball into touch.

Still, Leinster were struggling to put pace into the game until Rory O’Loughlin broke the gain line and then the tackles. 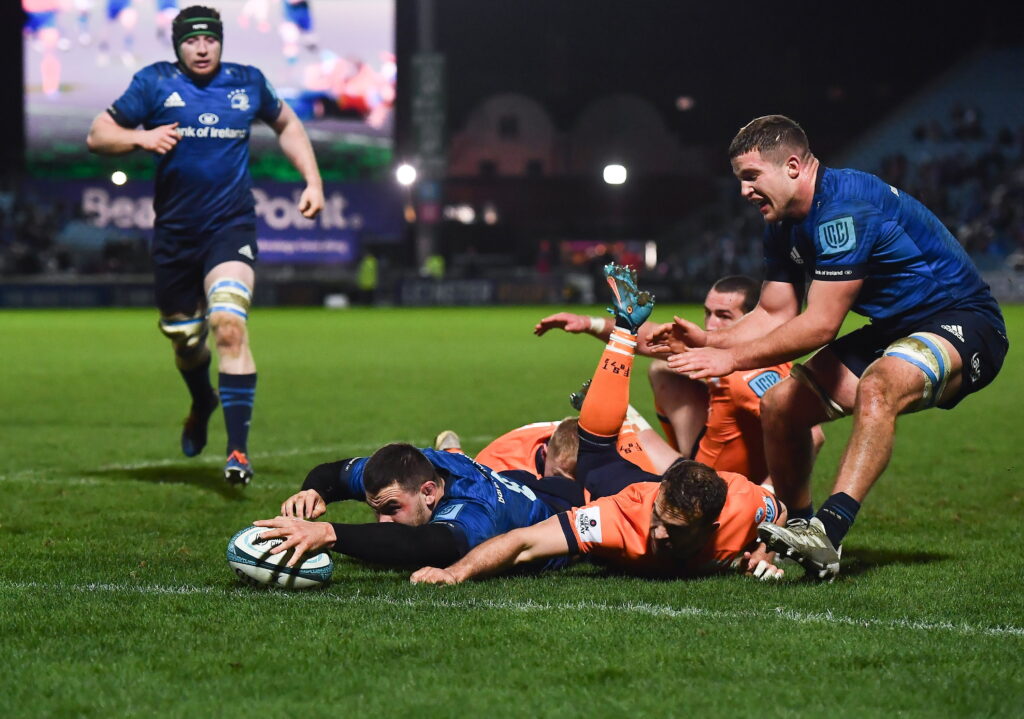 A penalty at the scrum offered the Scots a prime position, Ross Molony rising high to steal the throw from Dave Cherry.

The footwork of O’Brien, ballast of Deegan, synchronisation of the Byrnes and left foot of Kearney took Leinster up to the 22. But, no further.

Leinster looked to the lineout, Seán Cronin finding Devin Toner in the air. Penny’s leg drive was impressive. Martin Moloney was just held up. But, Abdaladze wasn’t for the third try to make it a 19-point lead in the 67th minute.

The home crowd didn’t have to wait too long for the bonus-point, O’Loughlin and Osborne turning defenders and Ross Byrne delaying his pass to release Deegan for a stunning try, converted by the out-half in the 69th minute.

It preceded an Edinburgh response in the form of Boffelli’s brilliant individual try which the Argentinean converted.

They were on the verge of another when openside Penny stalled the ball with a turnover penalty and that was the game. 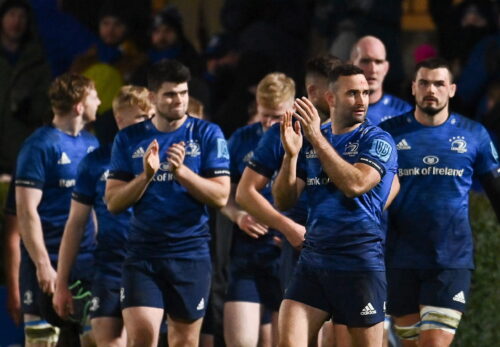 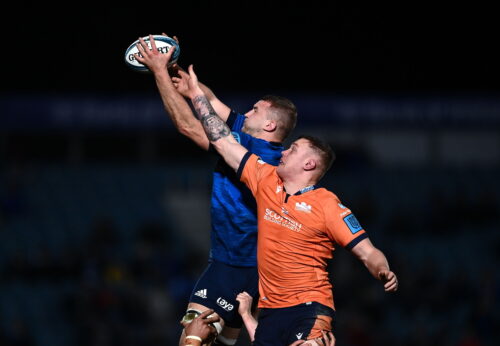 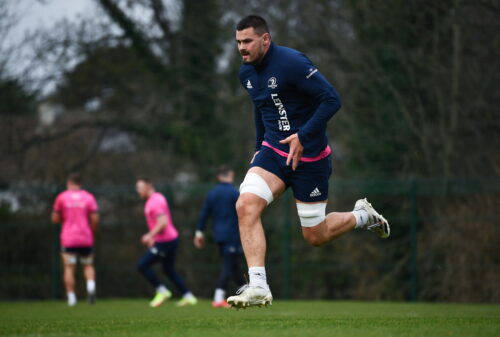 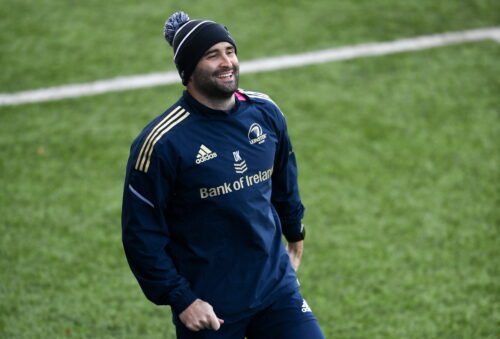