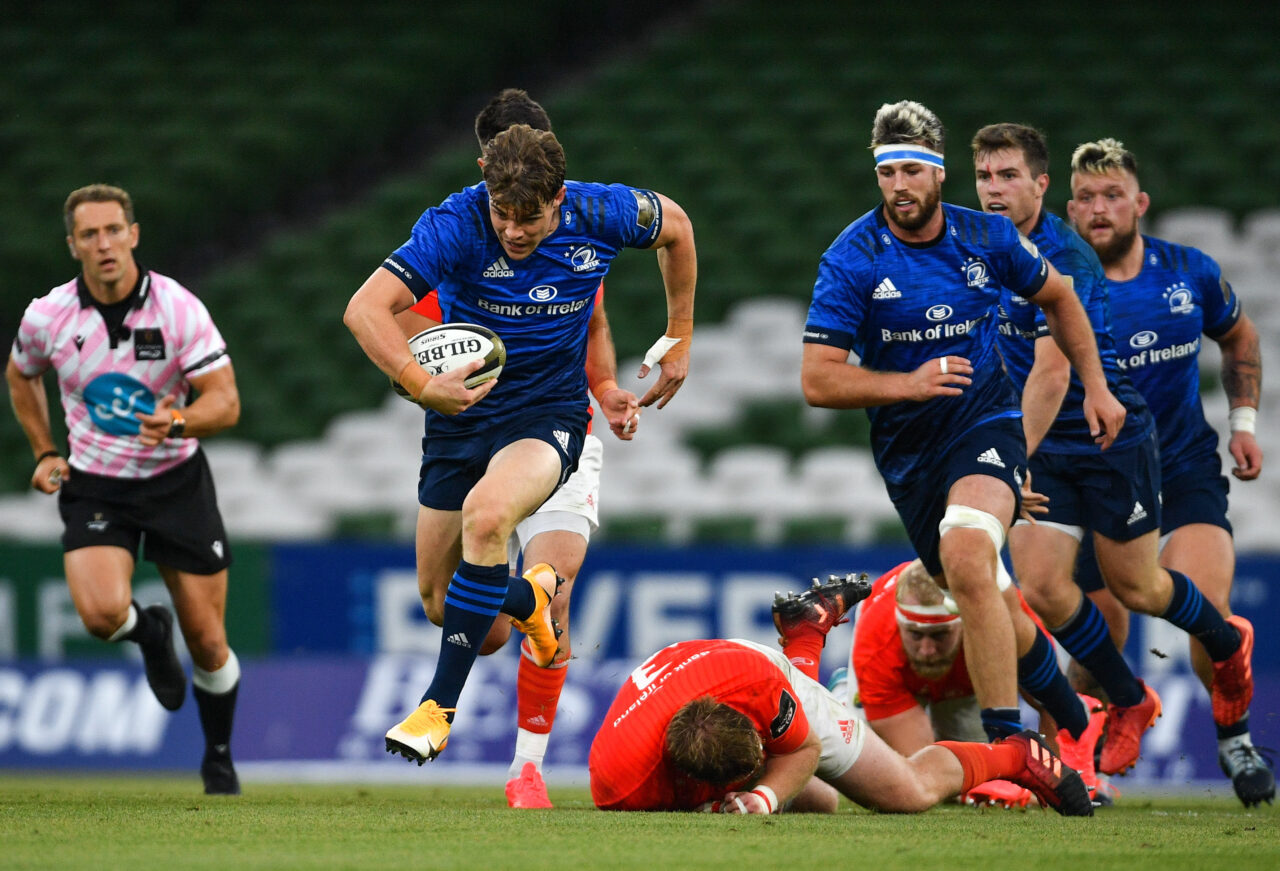 Leinster Rugby staved off a fast-finishing Munster as Guinness PRO14 rugby returned to Irish shores, with Cian Healy, Garry Ringrose and James Lowe all crossing in a 27-25 home win at the Aviva Stadium.

Almost six months on from their last game of this coronavirus-disrupted season, Ringrose’s late first-half try snatched a 17-13 lead and put Leinster on their way in this exciting six-try shootout.

JJ Hanrahan’s reliable right boot had Munster 13-10 ahead, with Andrew Conway and Healy swapping early tries. However, their hopes of improving their second-place standing in Conference B were hit by injuries.

These great rivals’ 159th meeting was preceded by a moment’s silence to honour those who lost their lives to COVID-19 and to pay tribute to the frontline workers. The players then formed a circle in support of the cross-competition #RugbyAgainstRacism drive.

A flurry of forward pressure allowed man-of-the-match Chris Farrell and new signing Damian de Allende to go close before Conway, with 12 minutes on the clock, had a simple finish on the left. Hanrahan provided the assist and the conversion.

Hanrahan and Sexton then exchanged penalties, the lively CJ Stander winning the first at the breakdown and then coughing up the second. Stander got over the ball again to force the lead 35th-minute penalty, Hanrahan nailing a fine long-range kick.

Yet, it was a Stander maul infringement which cost Munster just before half-time. Peter O’Mahony almost thwarted Leinster at the lineout, but with possession won back, Robbie Henshaw’s delicate grubber kick was expertly dotted down by his centre partner Ringrose.

Having tucked away the extras for a four-point differential, Sexton increased his influence during the third quarter. The Leinster captain was at the heart of a choke tackle and then his beautifully-delayed pass allowed Ryan Baird to launch Lowe free from 40 metres out, leaving it 24-13.

Although Jean Kleyn’s injury left them with only seven forwards, Munster lifted the tempo and an outstretched Earls finished superbly past Luke McGrath, who was covering for the injured Dave Kearney, in the left corner.

Hanrahan converted with aplomb, and suddenly, Leinster were under immense pressure with Devin Toner in the sin-bin. Leo Cullen’s men then set up Byrne to drive home his all-important penalty from past the 10-metre line.

Conway managed to cut in past Lowe to notch his second try in the 71st minute, only for Hanrahan to fail with the conversion. A timely Toner interception settled the issue late on. 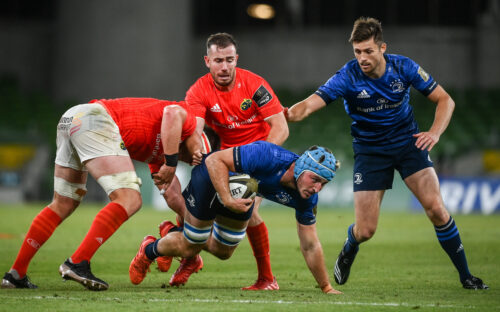 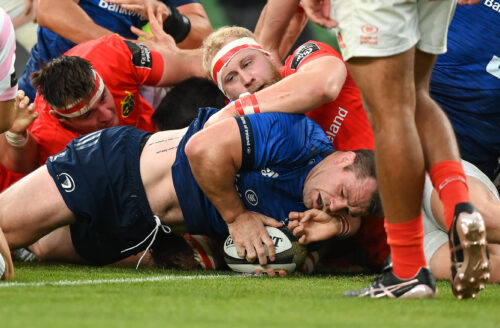 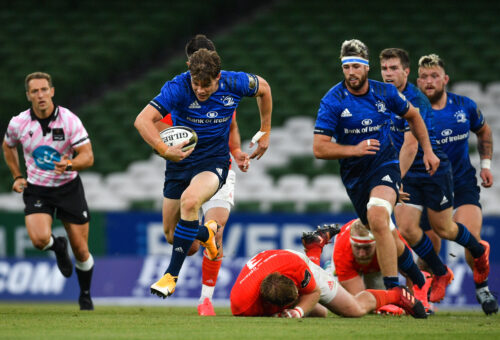 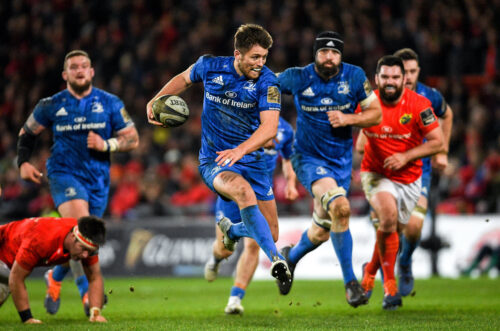 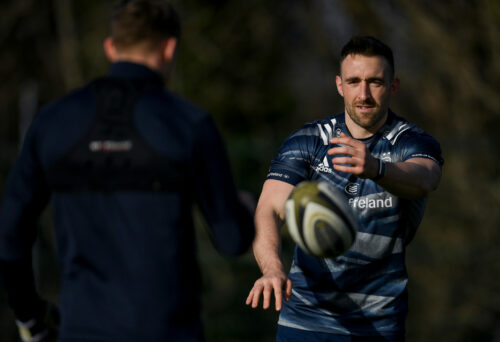 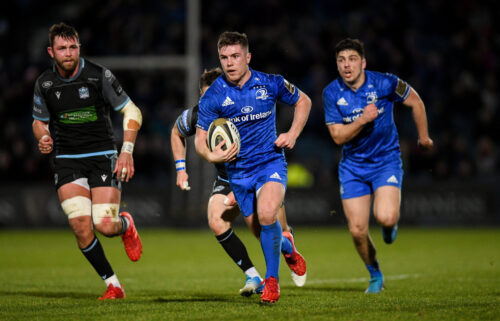 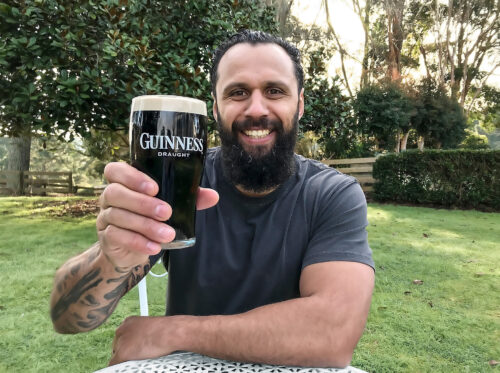 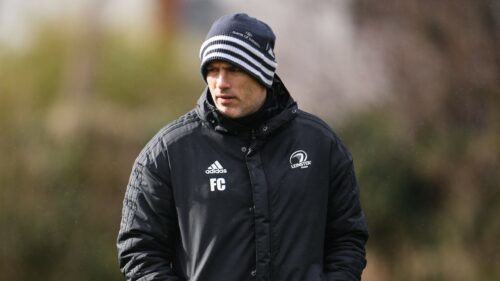 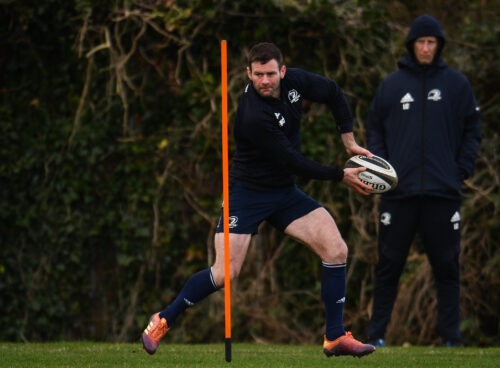