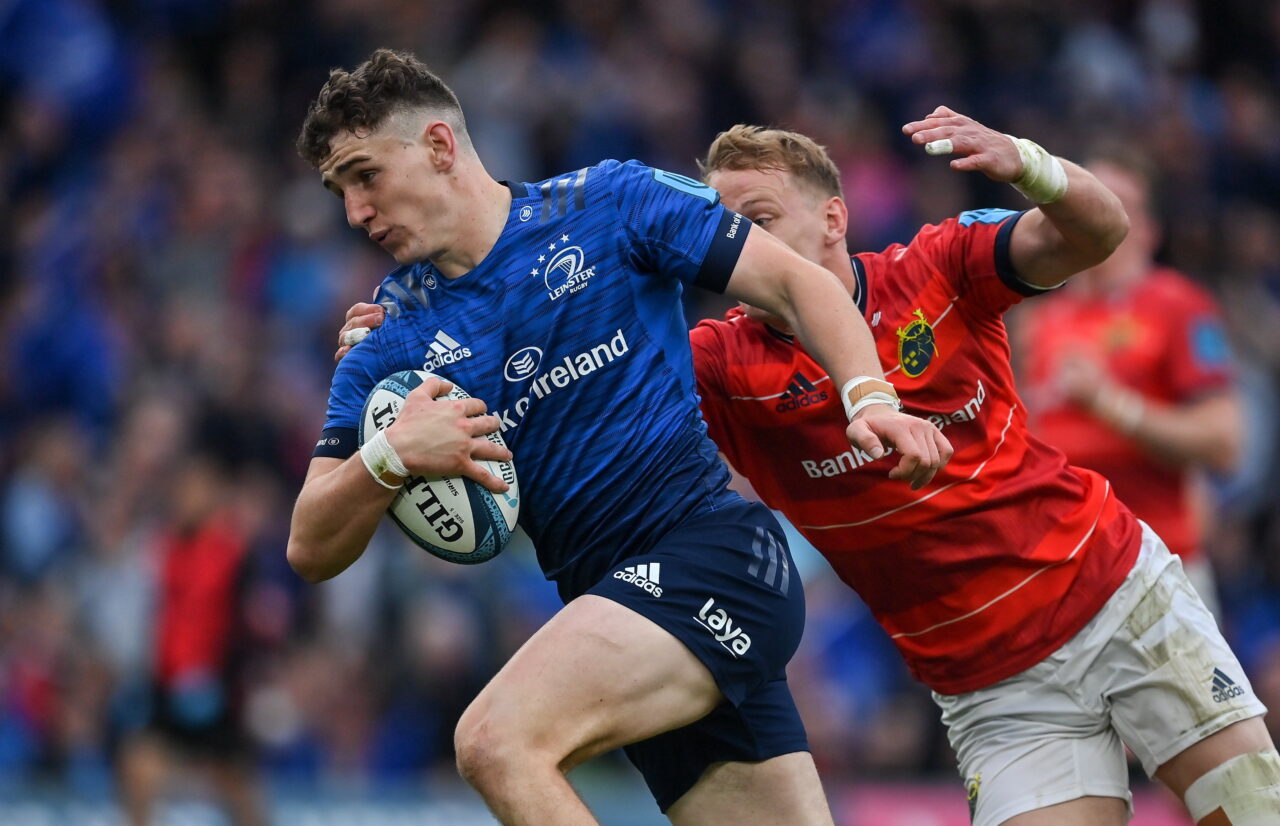 They will now plan for a home quarter-final against Glasgow Warriors on the first weekend in June.

A Leinster side, much-changed from the Toulouse win, were quickly into their flow, Scott Penny adding impetus up the right and the returning Ryan Baird almost escaping on the left.

From there, Ciarán Frawley nudged a chip right for flanker Penny to grab at the gallop and beat Joey Carbery for an excellent try in the third minute.

Before long, Munster were on the hunt for a response, Max Deegan, Cormac Foley and Joe McCarthy all making important tackles.

The southern province’s exuberance in counter-rucking worked against them when Jack O’Donoghue went off his feet.

The clinical nature of Leinster’s strategy was reflected in a Harry Byrne penalty when Munster infringed on the backfoot.

Straight running from Chris Farrell was the momentum needed, Carbery tweaking his passing for Keith Earls to put O’Donoghue over on the right for 8-5 in the 13th minute.

Carbery’s hit on Frawley gave Murray the opening to launch a bomb into dangerous territory. Andrew Conway contested and Niall Scannell did not quite have the legs to go all the way. 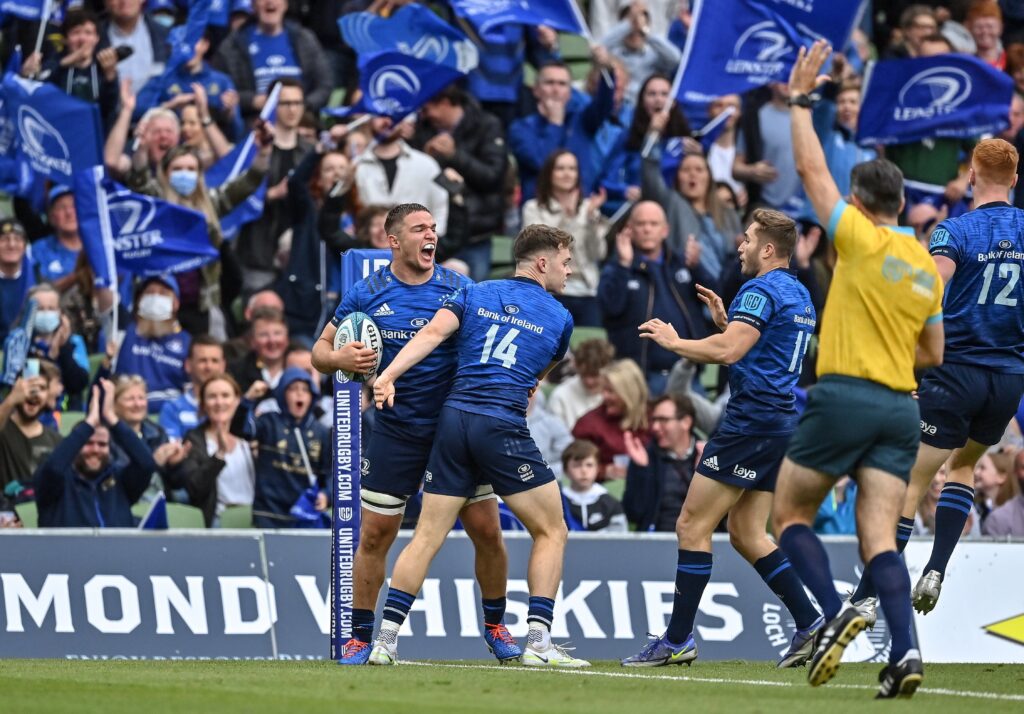 Murray’s slick reverse ball to Alex Kendellen created confusion. Mike Haley picked his moment to exploit a loose ruck for Carbery to make it 12-8 in the 17th minute.

A take by Conway of another high ball was countered by Larmour’s magical surge from deep, beating five defenders.

This sparked a move in which Jamie Osborne’s short ball sent Frawley flying inside the half and Foley was in support to claim a sensational try, converted by Byrne in the 22nd minute.

The relentless pace of the game led to turnovers and an adventurous approach to using the ball, a first scrum taking place close to half an hour in.

The groundwork of Seán Cronin and McCarthy ensured Leinster stayed in front, even though mishaps at the lineout prevented them from building on these good moments.

A risky pass by Earls opened the door for Munster to move into space where Rob Russell was binned for deliberately knocking down Kendellen’s pass at the end of the first half.

It didn’t take Munster long to take advantage of the extra man, Murray harvesting a try which Carbery converted for 19-15 in the 42nd minute.

The high-fielding of Adam Byrne, on for Frawley, and another super-charged counter from Larmour drew a penalty for Byrne to make it a one-point game.

The enthusiasm of second row McCarthy came at the cost of a penalty and Munster pressure produced a Carbery three-pointer in the 49th minute. 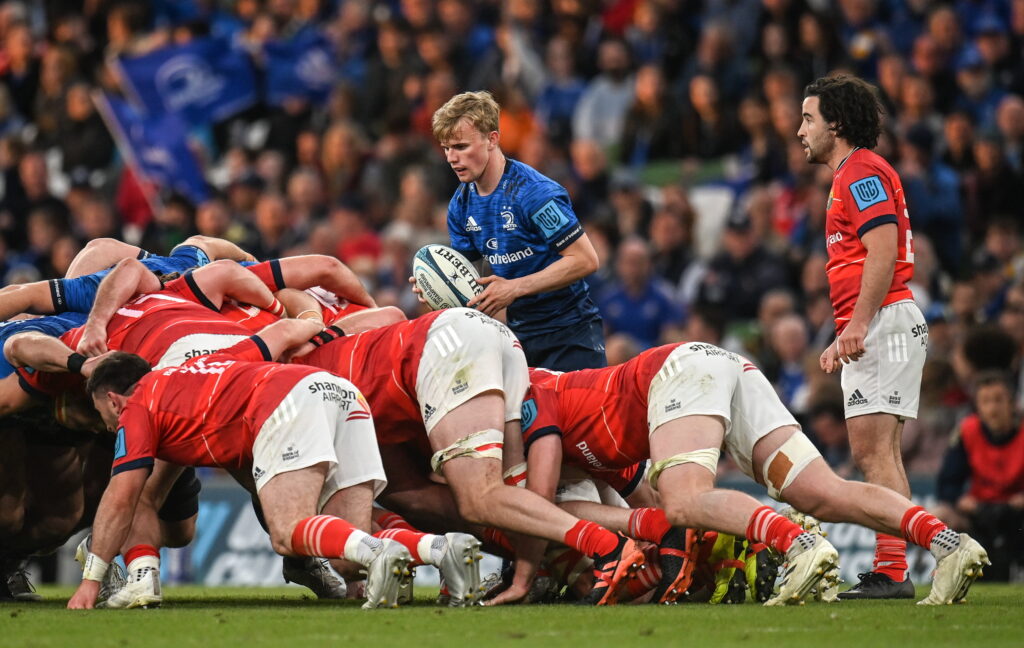 A stunning 50-22 kick by Foley yielded a Leinster lineout which John McKee’s throw turned into a penalty try from a maul for 25-22 and a yellow card for Niall Scannell in the 52nd minute.

Once again, a Larmour burst caused panic and Leinster swept left. The slick handling of McCarthy and Deegan allowed Rory O’Loughlin to punch in the fourth try, Byrne converting from wide left for 32-22 in the 54th minute.

A barrage of unorthodox offloads from Munster almost did the trick in response, O’Donoghue’s final pass to Earls a touch forward just before scrum-half Ben Murphy came on to make his debut in blue.

Munster were able to stay in position long enough for Carbery to accrue a penalty on the hour.

Time was not on Munster’s side and indiscipline led to more territory for Leinster, Adam Byrne going close in the right corner.

When Devin Toner gathered a clearance and O’Donoghue went off his feet, Byrne smashed a long-range penalty for 35-25 in the 71st minute.

Carbery was the architect of a fine attack which came to nothing when Osborne produced a heavy hit on Jack Daly on the touchline.

Leinster kept coming forward and knocked down the ball carriers before Deegan took off from the base of a scrum to lift the pressure and close out the game. 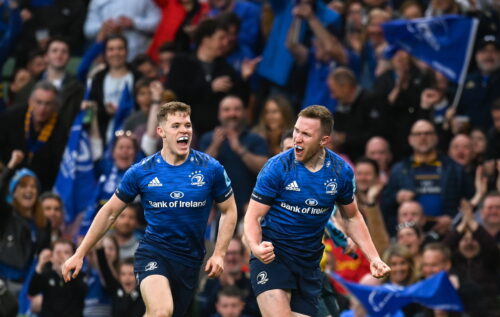 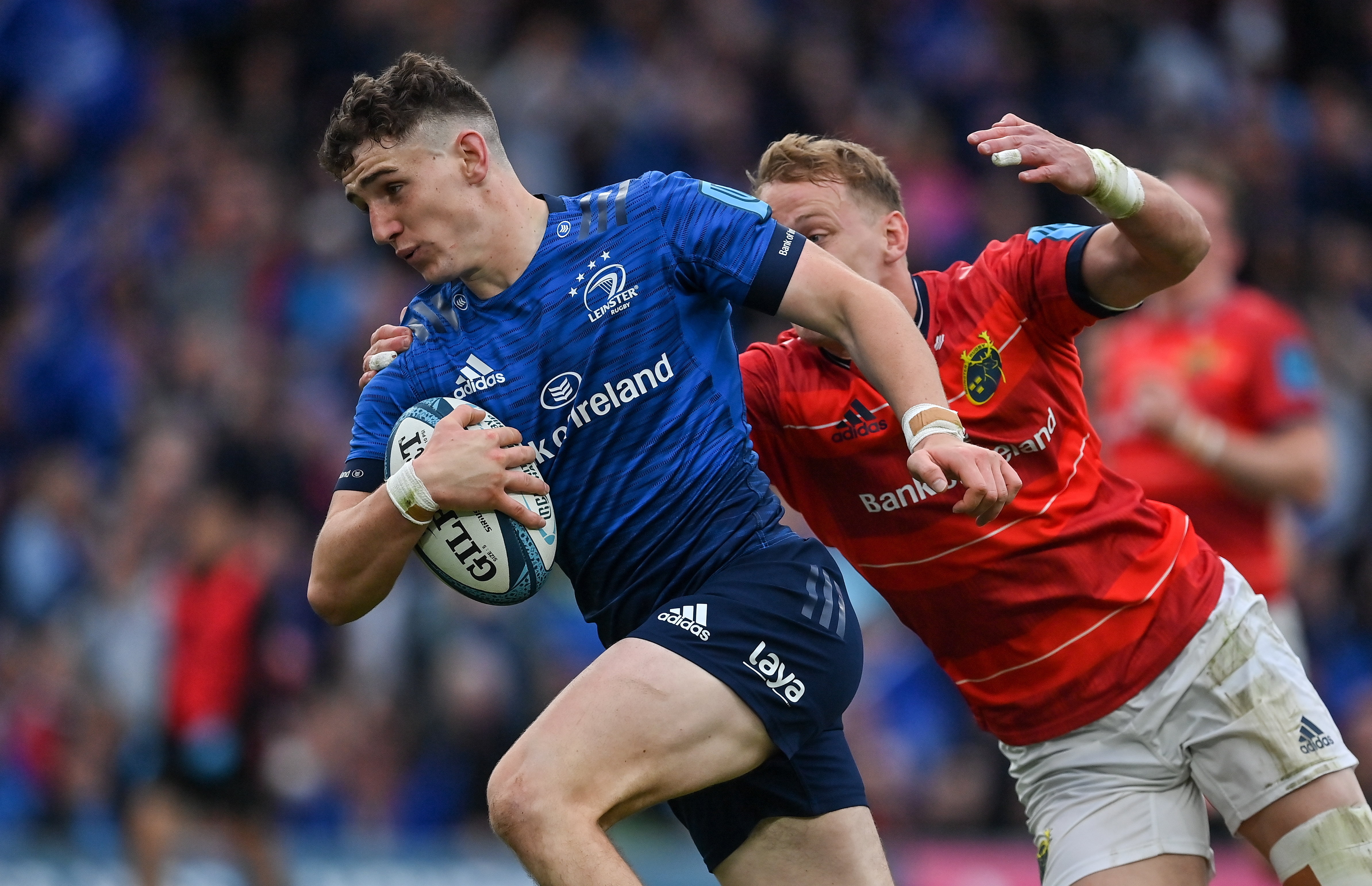 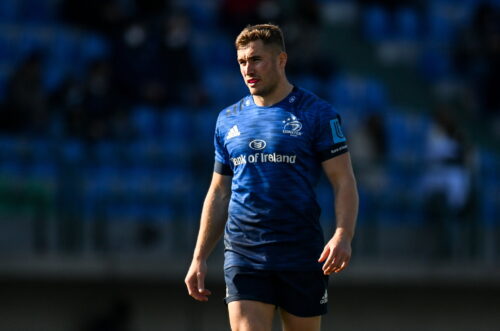