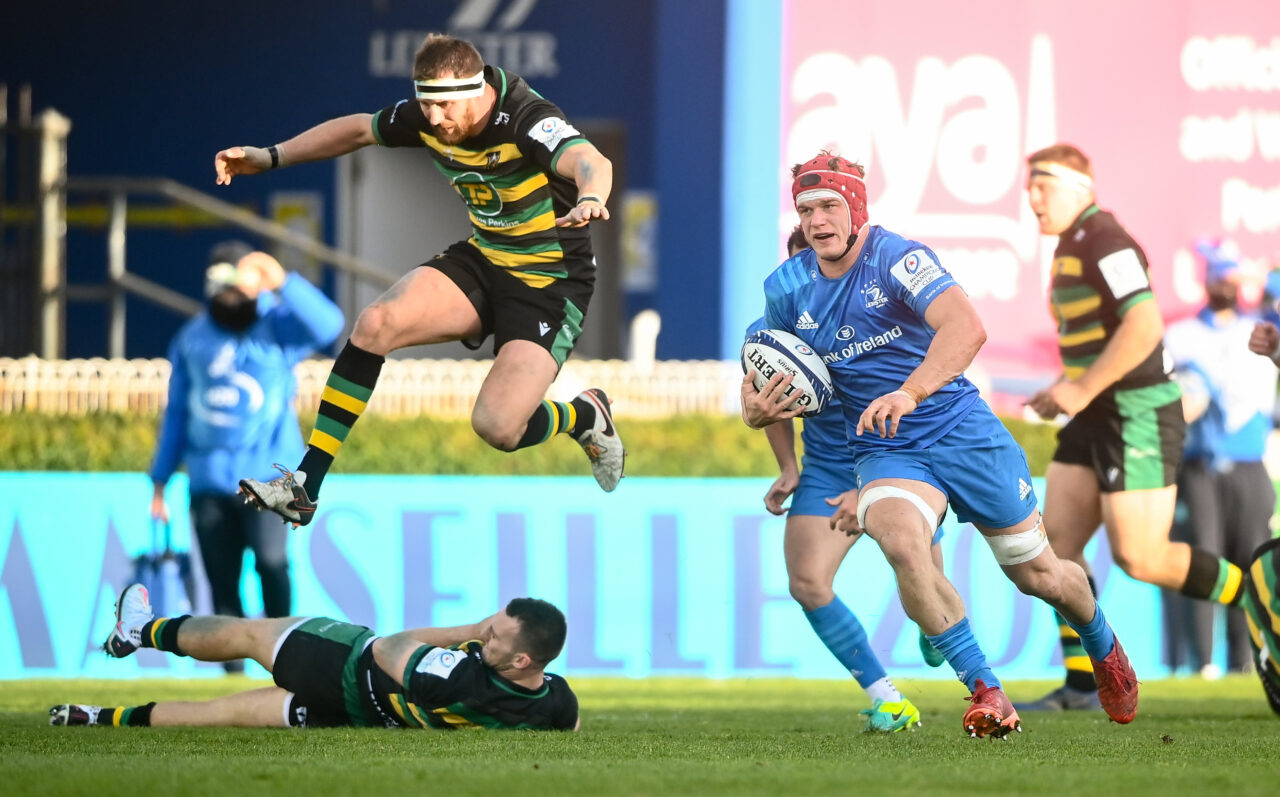 Leinster Rugby maximised their return with a second Heineken Champions Cup bonus-point win over Northampton Saints at the RDS Arena.

Leo Cullen’s men had to overcome a degree of adversity just before the kick-off. Caelan Doris withdrew late to force a switch in the back row, Rhys Ruddock moving across to No 8 and Josh Murphy coming onto the blindside

Then, Harry Byrne pulled up in the warm-up with a lower-back injury forcing older brother Ross to move into out-half while Ciarán Frawley and Cian Kelleher were added to the bench.

A disruptive beginning to the day for the province.

Northampton looked to play keep-ball from the start until James Ryan and Cian Healy combined to squeeze a spill out of prop Paul Hill.

From a solid scrum, Jamison Gibson-Park sniped the short side, the ball moving through the hands of Byrne, Jimmy O’Brien and Garry Ringrose.

The recycle was quick enough for flanker Murphy to hit a line that was too much for Tom Wood. Byrne converted from the left in the fourth minute. 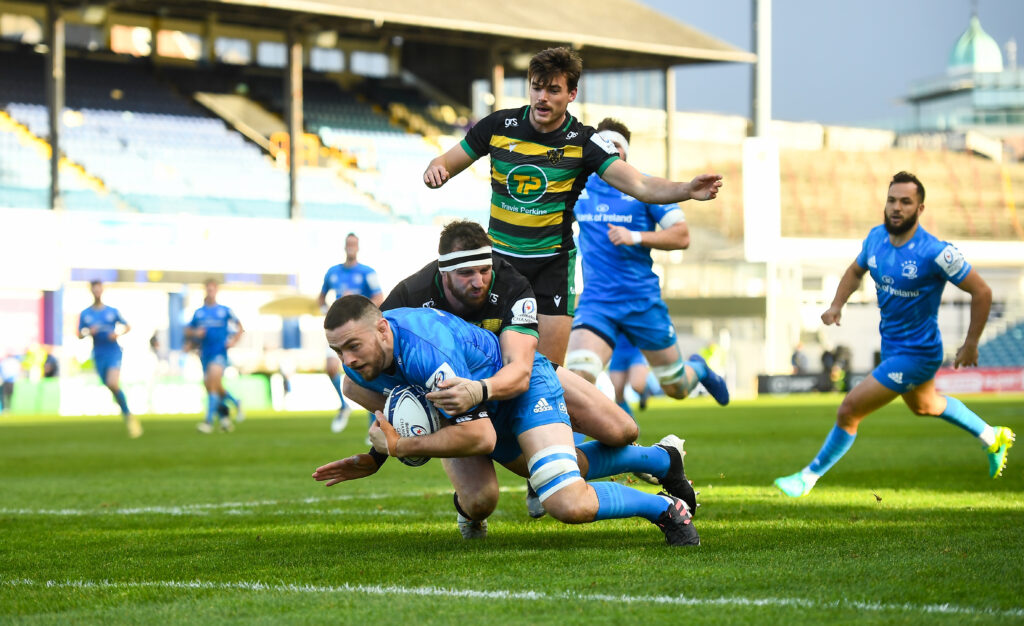 The Saints continued to rely on their handling and passing to stretch the home side. When nothing came from it, George Furbank launched a high ball for Gibson-Park to collect.

Ryan Baird, making his first start in Europe, impressively burst through the first line to take play well inside the 22 where a stray hand meant a knock-on for a Leinster scrum.

Gibson-Park’s back-door pass was spotted by Fraser Dingwall and the centre hammered into out-half Byrne for a tremendous turnover.

Then, O’Brien was forced off permanently for Cian Kelleher to take a place on the wing with Hugo Keenan slipping to full back.

Leinster were able to maintain the speed of their ruck ball to keep Northampton off balance. The penalties began to mount just as Frawley appeared temporarily for Ringrose.

The home forwards executed a textbook lineout to Ryan and a pulverising maul allowed Rónan Kelleher to go close.

When Northampton received a free kick from the ensuing scrum, they somehow opted for a reset scrum instead of clearing the ball.

This time, Leinster were awarded the free kick. Kelleher, Murphy and Baird formed an arrowhead of a drive and Healy powered over from the quick ruck for the hosts’ second try.

On Saints’ first visit into the 22, hooker Sam Matavesi snapped into a ruck for a fine turnover penalty only for Ryan to steal the subsequent lineout.

Another scrum free kick allowed Northampton to get into their pattern, scrum half Tom James feeding the flying Dingwall for a superb try, converted by Rory Hutchinson in the 22nd minute.

A steepling kick from Hutchinson quickly put Leinster back in defensive mode. The Blues secured the lineout with ease, frogmarching the maul forward and speeding through the phases until a penalty came their way.

Ruddock gathered at the front of a lineout, Henshaw carried directly, Baird’s hands were sure and Byrne had options both ways before Cian Kelleher’s pass was forward to Ringrose, just back on for Frawley.

The home side came back for a penalty. Byrne’s shot made it 17-7 in the 29th minute. 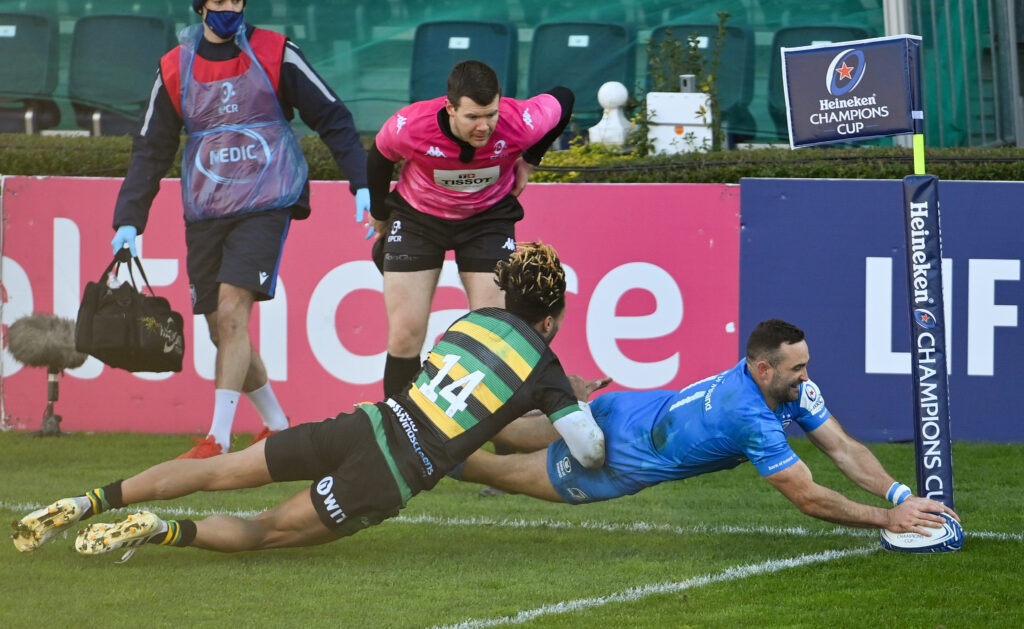 Saints captain Alex Waller seized on the restart. But, Leinster met the visitors behind the gain line to force them back 20 metres, Ryan Olowofela losing the ball forward on the right wing.

When they regained possession, Murphy was penalised for a high tackle and Furbank dribbled a kick into the right corner to increase the pressure on Leinster’s lineout.

Nick Isiekwe was the nuisance factor there, leading to a five-metre scrum for James to knife between Josh van der Flier and Gibson-Park for their second try.

The attacking nature of the contest continued with van der Flier surging for 30 metres, Baird making an impact through the middle of a ruck and Leinster’s all-round continuity drawing a penalty out of Hutchinson.

The clock turned red just as Leinster launched from a lineout. Ross Byrne came late onto the ball to make the initial dent.

Andrew Porter was held up on the line before Gibson-Park found Dave Kearney wide for the third try to make it 22-14 at the interval. 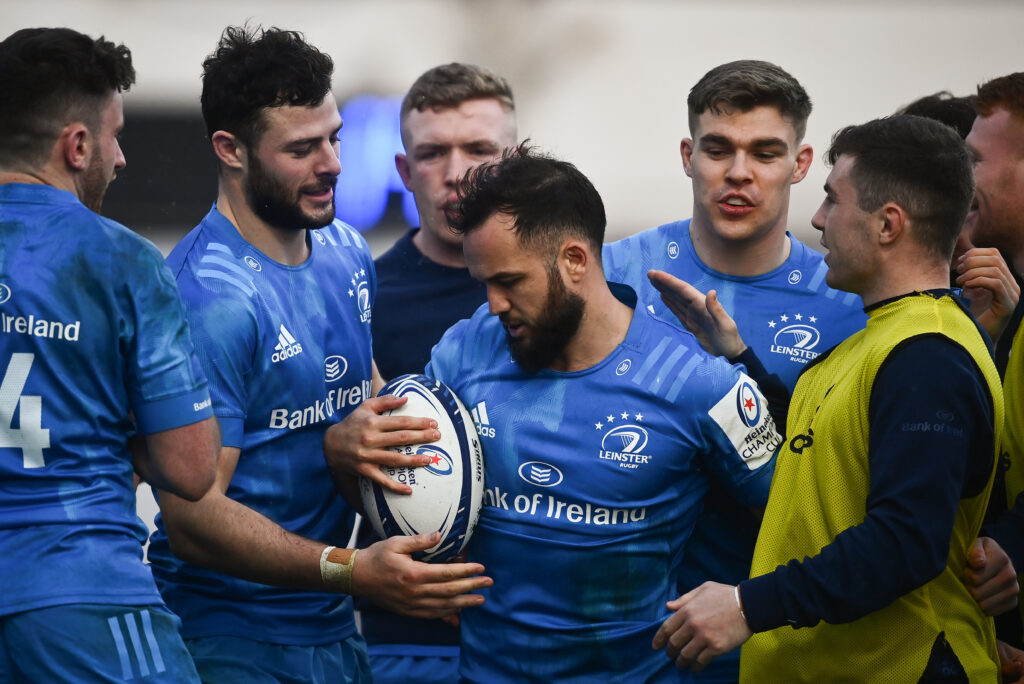 On resumption, Ryan’s long levers were good for a partial block, forcing an attacking scrum for Leinster on the 22.

Gibson-Park scampered inside Furbank for the bonus point score.

However, straight away, Gibson-Park’s attempted clearance was blocked and collected by Isiekwe for a smartly taken try to make it a 10-point game.

The introduction of a new Leinster front row and Luke McGrath injected energy.

Leinster managed to string some phases together with McGrath and Byrne orchestrating the attack, Byrne nailing a penalty for 32-19 on the hour.

Northampton were not content to accept their fate, James took a quick tap penalty and Taqele Naiyaravoro was twice onto the front foot before pressure from van der Flier meant Leinster escaped through Byrne’s kick down the middle.

Teimana Harrison was strong over the ball for a penalty to put Saints in position where Ryan ruined their lineout and Kearney made ground up the left.

The Premiership side were prompted to counter from deep and, when they got into trouble, Harrison was penalised for Byrne to tag on another penalty in the 71st minute.

This secured a three-score lead to put the issue beyond doubt and keep Leinster top of Pool A on score difference. 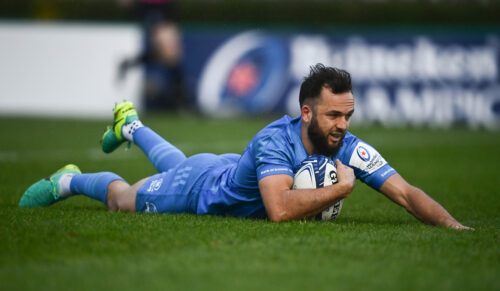 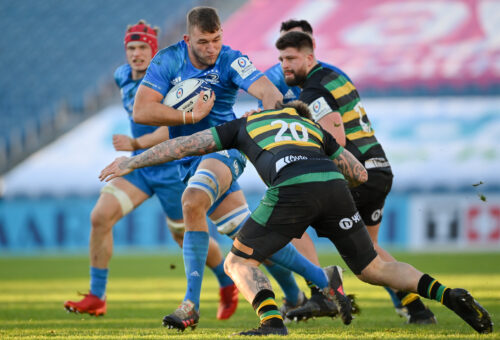 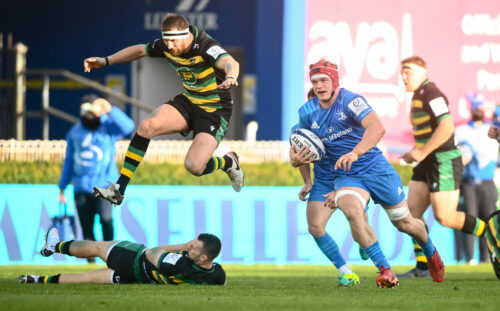 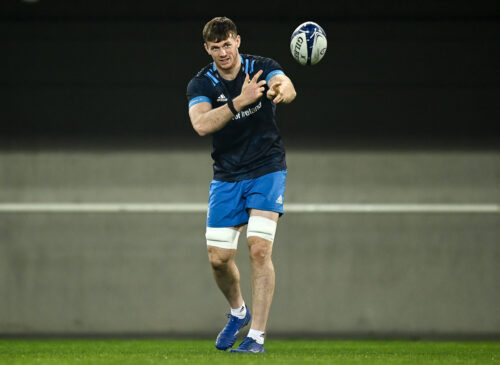 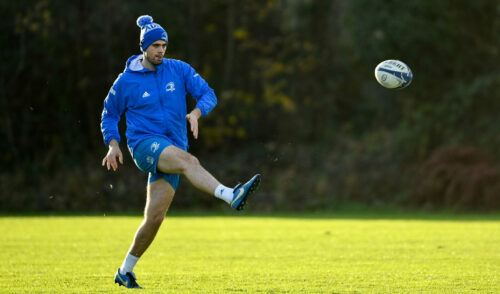 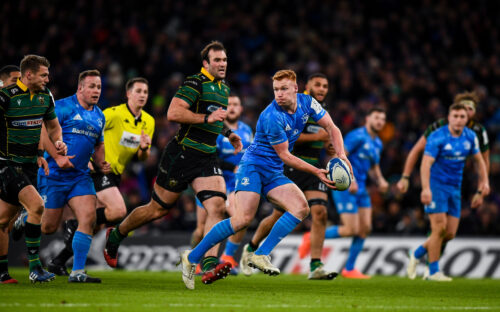 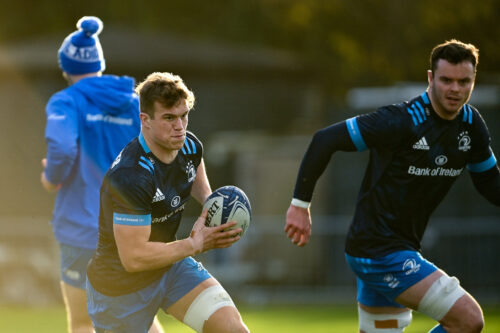 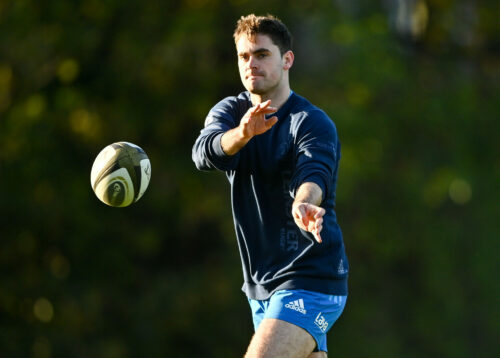