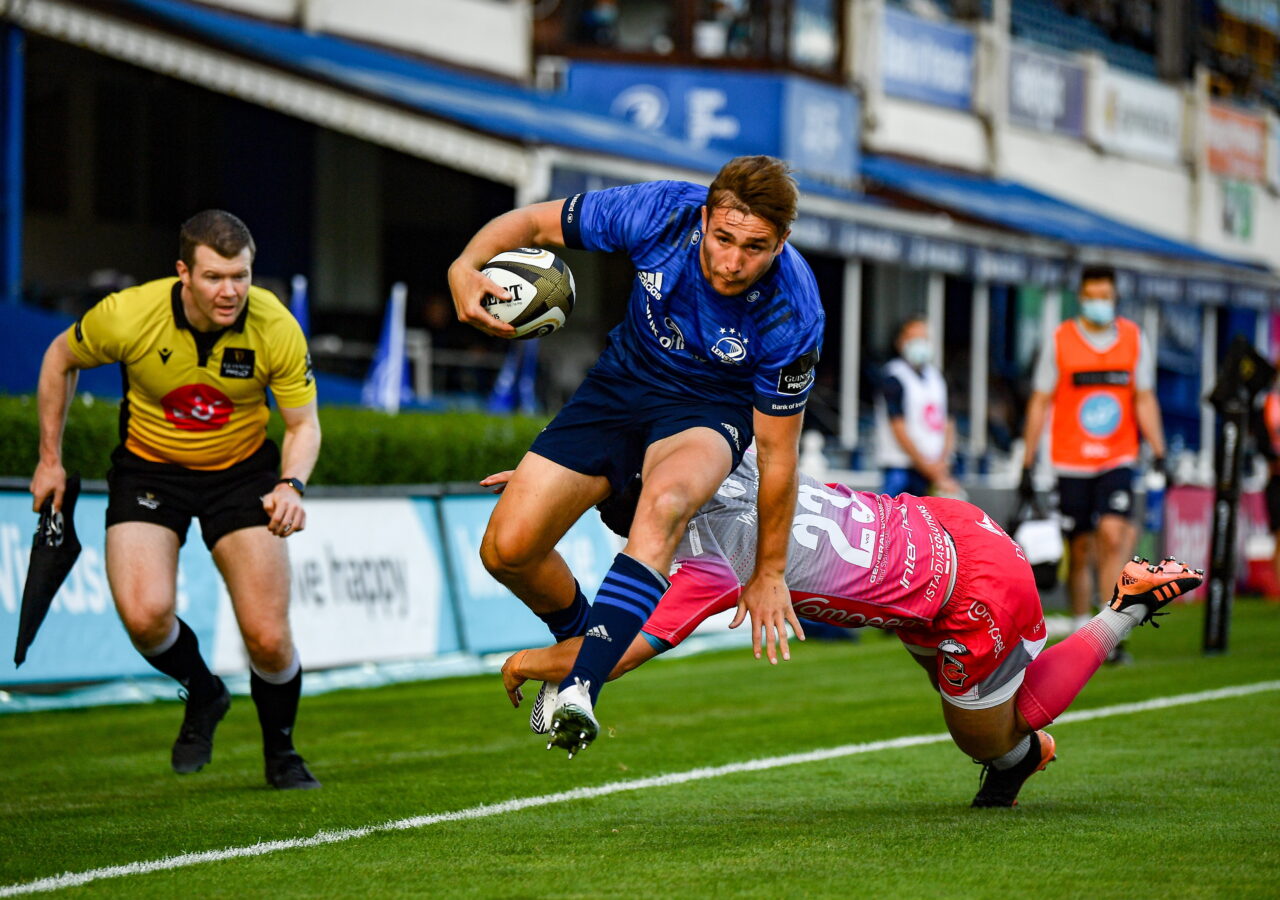 Leinster Rugby closed out the season with a victory over Dragons in the Guinness PRO14 Rainbow Cup at the RDS Arena.

So much of the story of this game took place long before the kick-off when it was confirmed as a test event with 1,200 spectators invited to the RDS for the first time in 16 months.

That injection of energy to proceedings helped the hosts to an early lead with a long-awaited roar greeting Jimmy O’Brien’s try.

Rónan Kelleher delivered at the lineout, Rory O’Loughlin carried into the heart of the defence. Quick ball meant Garry Ringrose and Hugo Keenan combined to slip O’Brien over on the left.

There was a commitment to disrupt at the breakdown, Dragons flanker Ollie Griffith and Leinster No 8 Caelan Doris taking it in turns to spoil the pursuit of continuity.

Leinster’s front-foot defence forced the Welsh into retreat until Davies tumbled a kick inside the 22.

Then, Doris turned a sharp lineout into a 20-metre gain. Scott Fardy added another healthy rumble and an ambitious offload. 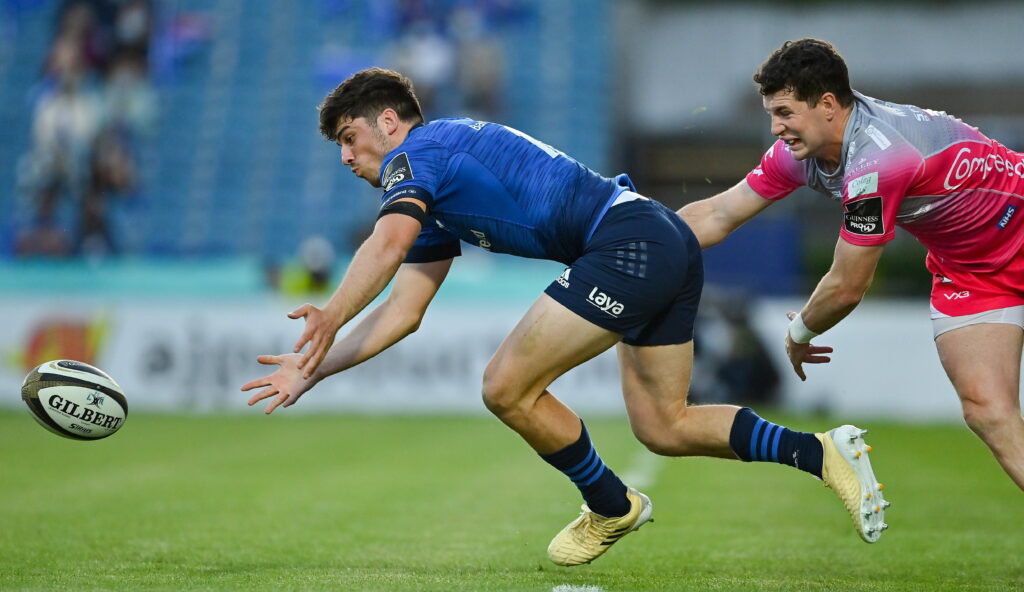 From there, Ringrose put Jordan Larmour up the right and Jamison Gibson-Park was the link back to Ringrose for a sumptuous try, converted by Byrne.

Dragons were soon hunting a response, their forwards loose enough with the ball to allow Kelleher to hack ahead for Scott Penny to pinch a poach penalty.

Once again, the footwork of Doris, a solid decision by Ringrose and Byrne’s calm distribution made for a simple finish by Larmour for 19-0 at the end of the first quarter.

When Ioan Davies threatened in the next attack, O’Brien was there to haul him down and Keenan completed the clearance.

Harry Byrne made an early appearance in place of Rory O’Loughlin, brother Ross moving to the inside centre berth.

Dragons continued steaming forward, Elliot Dee almost cracking the cover and Davies carrying out the threat on the left, while also adding the conversion on the half-hour.

An advantage at the scrum produced one final attack for Leinster which they could not turn into points, leaving it 19-7 at the interval.

The agility of Aneurin Owen to clamp down on Keenan earned a penalty which Davies turned into an attacking lineout.

But, Ryan Baird rose highest to steal hooker Dee’s throw and Gibson-Park went for distance with his clearance.

The next time the Ireland scrum-half touched the ball, he slipped an offload to Baird to spark a sensational exchange for the big lock to pierce the Dragons for the first try of the second half. 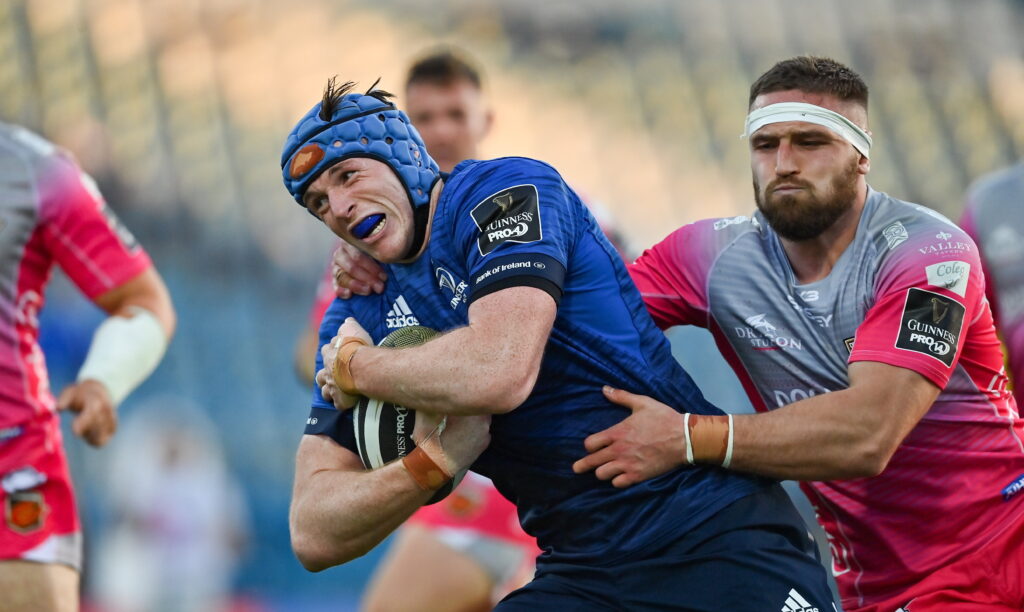 Soon, it was time for Fardy and Bent to take their leave of the RDS for the last time to a standing ovation as Devin Toner and Vakh Abdaladze entered the fray.

A swift phase of play, underpinned by quick hands, enabled Ringrose and Keenan to work O’Brien into space up for what looked like the left-wing’s second try until referee Mike Adamson confirmed a knock-on in the build-up.

The Leinster scrum was the platform for another penalty. It wasn’t long before Doris, Gibson-Park and Keenan presented Larmour with his second try on the hour.

O’Brien’s long ball from the boot and exemplary chase put Leinster just outside the 22. The handling was sweet for Penny to steam through replacement Ioan Davies for the sixth, Ross Byrne converting in the 67th minute.

Cian Kelleher was also introduced in the 70th minute, signing off ahead of his summer move to Ealing Trailfinders.

A flurry of offloads opened up Dragons without the finishing touches to match, despite a thrilling thrust by Larmour up the right.

The boots of the Byrnes were key to taking Leinster forward in search of greater reward and the defence never dipped in intensity all the way to the end. 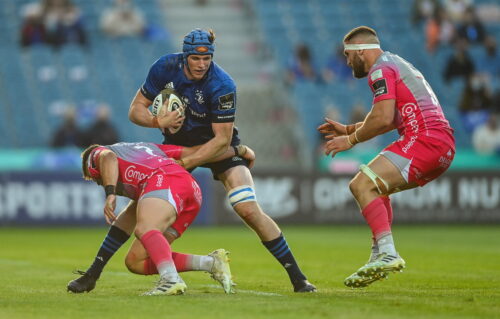 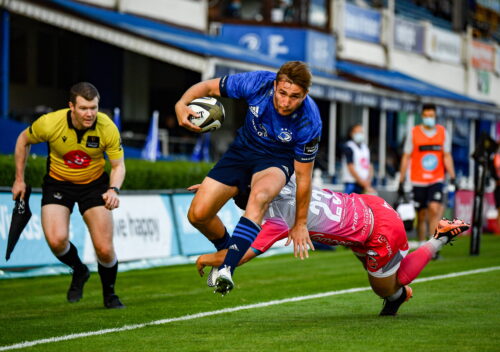 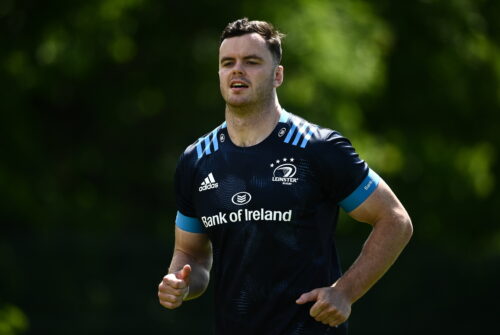 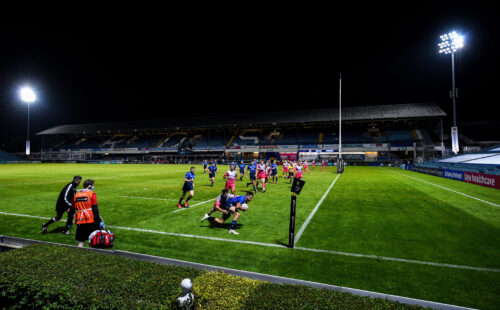 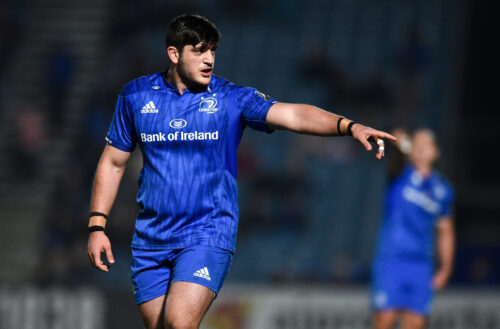 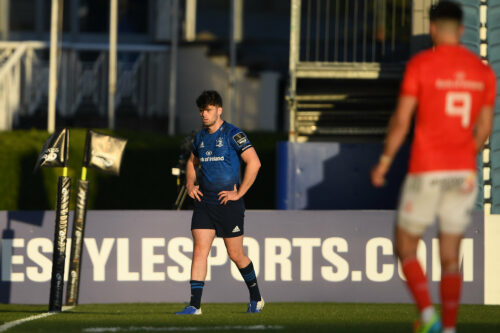